As California became the national epicenter of the COVID-19 pandemic in the final weeks of 2020, state officials adopted sweeping emergency measures meant to protect workers.

But implementation of the new rule has been a letdown, further casting doubt on Gov. Gavin Newsom’s ability to wrangle a virus that has killed tens of thousands of Californians.

Low-wage workers facing recurring outbreaks on the job say little has changed in the two months since the measures took effect. Union leaders fault the painfully slow rollout to long-standing failures at California’s Division of Occupational Safety and Health, or Cal/OSHA, which oversees worker safety.

Business groups — pushing back against the idea that workplaces are fueling the spread of COVID-19 — are seeking to reverse the measures, which require detailed protocols for masks, social distancing, virus testing and ventilation.

A lawsuit set for a preliminary hearing Thursday in San Francisco called the mandate so “ruinous” it threatens the “continued existence” of small businesses. Another topic of the hearing will be a lawsuit filed in Los Angeles by agricultural groups on similar grounds.

“I feel like California made some really encouraging New Year’s resolutions, but now they have to put on their running shoes,” said Elizabeth Strater of United Farm Workers, which represents meatpackers at the Foster Farms plant in the Central Valley city of Livingston, where at least eight workers have died of COVID-19. “A strong rule is only as useful as there is political willingness to enforce it and operational capacity to inspect and compel enforcement.”

Several Cal/OSHA inspectors — who asked not to be named for fear of retaliation — said their ranks remain thin despite repeated promises to scale up hiring, compromising the agency’s ability to enforce safety guidelines. Staffers said just four people are responsible for criminal investigations of 650 worker deaths that occurred in 2020. Key management posts remain unfilled, and staffers said there is widespread confusion over how to enforce the new rule.

Meanwhile, labor and local-government leaders exasperated by Cal/OSHA inaction have begun to take worker safety into their own hands. In December, as a second COVID-19 outbreak flared at the meatpacking plant in Livingston, union officials sued Foster Farms, asking the court to mandate the same working conditions that the state emergency rule already required.

On Tuesday, Santa Clara County moved forward with plans to create a task force to investigate workplace complaints in the fast-food sector, and it’s examining ways to ramp up enforcement. A county report said officials were taking up the issue in part because “Cal/OSHA’s investigation and enforcement actions are limited” due to “staffing shortages.”

“We’ve continued to see workers file more and more health complaints with similar issues as the beginning of the pandemic,” said Isabel Urbano, who handles regional communications for Fight for $15, which advocates for fast-food workers and pushed for the county protections. From March through November, Santa Clara County received more than 430 coronavirus-related complaints about limited-service restaurants, which include fast-food locations.

Cal/OSHA Chief Doug Parker declined multiple requests for an interview over a two-month period. The agency also declined to respond to questions or provide comment.

Parker is serving as a labor advisor on the transition team of President Biden, who issued an executive order last week aimed at ramping up worker safety amid the pandemic. That order allows for the creation of a national emergency standard rumored to be modeled on California’s rule.

But, Urbano said, it’s hard to see how a federal standard based on California’s emergency rule could work considering the implementation and legal challenges Cal/OSHA faces.

Paz Aguilar was holding down three jobs when she tested positive for the coronavirus in late June. Read also : Hiltzik: Biden will turn the Trump era into a distant memory. A stroke she suffered shortly after her COVID-19 diagnosis has left her partially paralyzed and unable to work.

Aguilar worked with Fight for $15 to file Cal/OSHA complaints about the KFC/Taco Bell restaurant where she believes she and six co-workers contracted the virus. But instead of sending an inspector to check out the store in person, Cal/OSHA sent a letter to company managers, who told the agency there were no issues.

“If you had actually sent your inspector the three miles to our store to do an actual inspection, he would have seen that despite all the things the company says in its letter, the managers are fully aware that workers are constantly working close to each other,” Aguilar said in a follow-up letter to the agency in October.

Aguilar also went on to file a Cal/OSHA complaint against a Jack in the Box in Oakland, where she also worked; she says it refused to pay her sick leave.

Aguilar said her co-workers say the issues she flagged for regulators months ago remain largely unchanged. “I’m bothered by thinking they are doing nothing,” said Aguilar, speaking through an interpreter in November. “There really are no rules.”

Yum Brands Inc., which owns Taco Bell and KFC, said it was unable to comment as of Wednesday afternoon. Jack in the Box Inc. did not respond to emails seeking comment.

Dozens of court affidavits from fast-food workers, janitors and meatpackers relay a chorus of similar complaints: ignored social distancing protocols, whispers about coronavirus cases unreported by management, expectations for workers to provide their own masks, no paid sick leave, heightened pressure to keep production running and the threat of retaliation for speaking out about unsafe conditions.

A December complaint to Cal/OSHA signed by a group of workers at a McDonald’s in Los Angeles says that even though they filed a complaint in the spring about a lack of physical distancing and managers’ failure to inform them of co-workers’ coronavirus cases, the problems persisted. “Just like during the COVID-19 outbreak at this McDonald’s in April, it is still business as usual,” the complaint reads. “There may be more who get sick.”

When asked for comment, McDonald’s Corp. sent a statement from franchisee Nicole Enearu denying that the location has unsafe working conditions. “We are deeply disappointed in these allegations, which do not reflect what is actually happening in our restaurant,” it says. “We have rigorous policies in place to ensure crew and customer safety.”

Cal/OSHA didn’t issue its first COVID-19-related citation until late August, and it has yet to issue any citations under the emergency rule.

“We are still in a very precarious and critical place.… There must be urgency,” said Ana Padilla, executive director of the Community and Labor Center at UC Merced, which has been studying the pandemic’s effects on California workers, especially in the Central Valley.

The center’s research found that California’s immigrant Latinos have been hit harder by COVID-19 deaths than any other group. Low-wage work such as meatpacking, food services, waste management and retail was also found to be linked to the spread of the coronavirus.

“More should have happened much sooner,” said Stephen Knight, executive director of Worksafe, an advocacy group that petitioned Cal/OSHA in May to adopt pandemic workplace standards. “I would love to see the governor in front of a flagrantly violating employer and making clear there are penalties to be paid for not keeping a workplace safe.”

Worker advocates and Cal/OSHA staffers expressed disappointment with Newsom, who they say failed to seize an opportunity to rebuild the agency after its years of managerial misconduct, self-dealing and nepotism.

Newsom’s office declined to comment. His administration has drawn criticism for its handling of the pandemic, including its decision this week to lift the state’s stay-at-home order. Newsom came under fire in November for flouting his own safety guidelines by attending a lobbyist’s birthday dinner — an episode that also sparked concerns about his close ties to business interests. 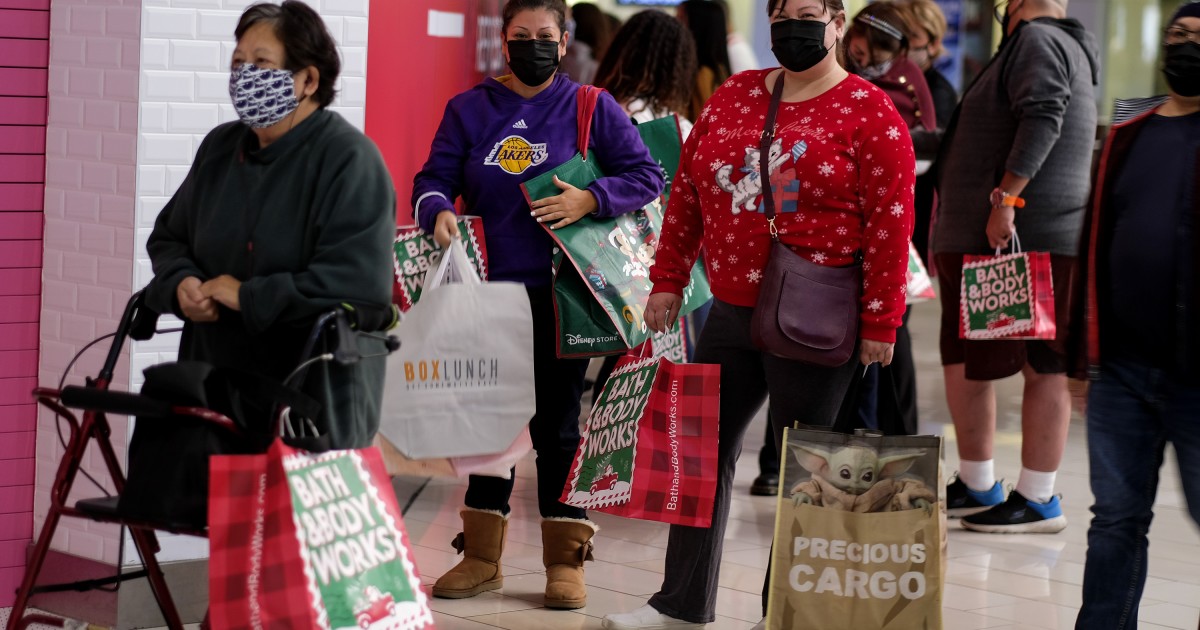 Cal/OSHA has the funding to fill vacancies, so it’s unclear why so many jobs remain open. Staffers say the agency fell far short of a goal to fill more than 35 positions by the end of 2020. To see also : Retailers plan for Black Friday with COVID-19 precautions. Cal/OSHA declined to provide figures regarding hiring efforts, but recent staffing charts show more than 50 inspector vacancies, leaving fewer than 190 trained inspectors statewide.

Since March, Cal/OSHA has been inundated with more complaints than inspectors can handle, leading staff to increasingly rely on letter investigations — such as the one in Aguilar’s case — in lieu of on-site inspections. In a letter investigation, an inspector reaches out to the employer, asks about workplace conditions and either feels satisfied with the answers or suggests changes. Such investigations often do not involve interviews with workers.

As a matter of policy, Cal/OSHA does not publicly share data on workplace outbreaks. A new law that took effect Jan. 1 requires the California Department of Public Health to publicly post that information, but as of Wednesday the agency’s website did not contain it. Department spokeswoman Ali Bay declined to say how or when the data would be posted.

Business groups looking to overturn the state’s emergency rule are citing that lack of data, arguing in the San Francisco lawsuit that workplaces might not even be where the virus is spreading.

“We are not arguing that there should be a complete absence of workplace enforcement,” said Stephanie Martz, chief administrative officer and general counsel for the National Retail Federation, a trade group that is one of the suit’s five plaintiffs. The federation is also lobbying Congress to enact a controversial liability shield that would render companies immune from certain pandemic-related lawsuits.

The San Francisco suit takes issue with the state emergency rule’s requirement that in the event of an outbreak at a workplace, the employer must offer testing to that location’s workers and absorb the costs. At $70 per test, the lawsuit says, that could cost one unnamed retailer that operates hundreds of California locations $3.2 million. Cal/OSHA officials conceded during a public meeting in December that the rule’s testing requirements need further discussion, as testing capacity statewide is limited.

Martz also said the rule fails to account for varying risk levels across industries and treats large businesses the same as small businesses.

Worksafe’s Knight admits implementation of the emergency rule hasn’t been perfect, but he said any rule that protects workers is better than no rule.

“There’s no question that businesses have paid a very high and painful price during this pandemic,” he said. But “so have many, many individuals, and the idea forcibly stated in [the business groups’] brief that disruption and loss of profit should take precedence over saving lives is hard to take.” 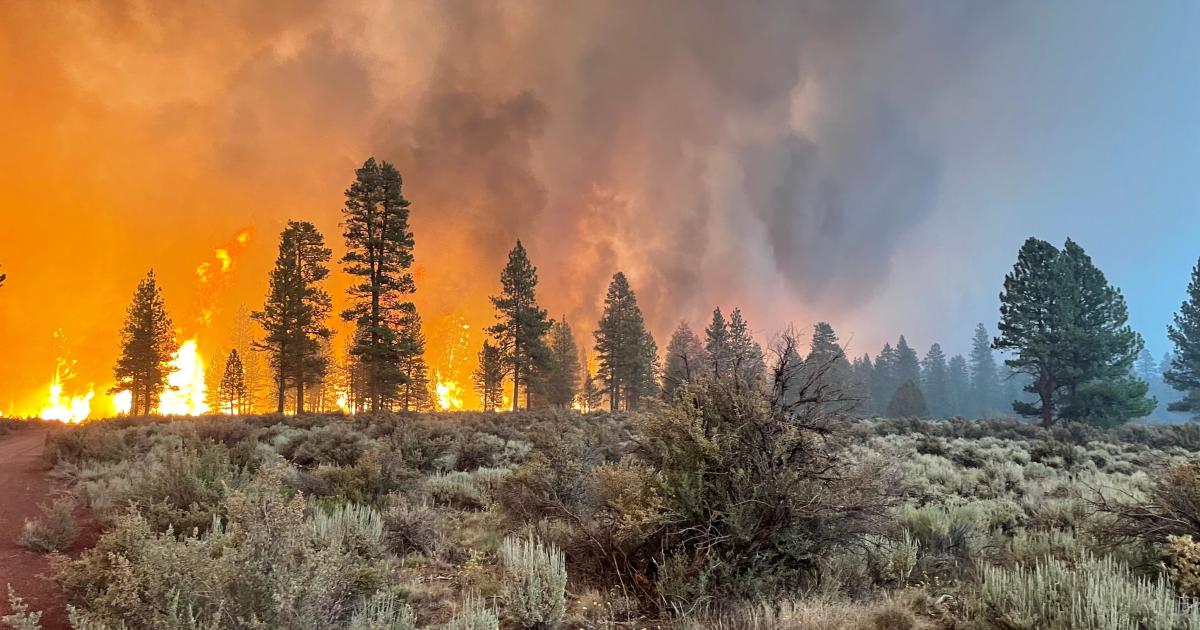 To see also :
How an Oregon fire almost took down California’s power grid
The first sign of trouble came at 4:22 p.m. Thursday.Warning of “extreme…