Sweeping new laws ramping up in 2021 will force California businesses to offer employees more help to cope with the COVID-19 pandemic, including measures on disclosure of workplace infections, on healthcare and wage replacement, and on job-protected leave to care for sick family members.

For state lawmakers, 2020 “was a year that started out with lots of aspirational plans,” said Ken Jacobs, chair of the UC Berkeley Labor Center. “But it became a year about saving lives.”

What with legislators’ personal COVID-19 scares and Capitol shutdowns, “leadership basically asked us to kill any bill that wasn’t COVID-related,” said Heath Flora (R-Ripon) vice chair of the Assembly’s Labor and Employment Committee.

Worker advocates and businesses clashed over safety measures to protect against the virus, which has so far infected more than 2.2 million Californians and killed more than 25,000. Neither side got the bulk of what it wanted, and the truncated session forced last-minute compromises.

The state’s minimum wage is also climbing, thanks to a preexisting law that has been taking effect in stages. As of Jan. 1, employers with more than 25 employees must pay at least $14 an hour. Those with fewer must pay at least $13. A host of jurisdictions have higher floors, however, including the city and county of Los Angeles, where the minimum rises to $15 for all employers July 1.

Of the new state laws, these are among the most significant:

The divide over who can take time off from jobs to care for new babies or sick family members has long been a conspicuous example of workplace inequality, governed by byzantine rules. See the article : New coronavirus outbreaks reported at Foster Farms poultry processing plants.

Until now, only employees at companies with 50 workers or more were guaranteed that they could take 12 weeks of leave to care for sick family members — and that their jobs would be waiting for them afterward.

The limits hit low-income workers hardest, as they are more likely to work for smaller companies and less likely to take leave for fear of losing their jobs. Of California’s 15 million payroll employees, 6.8 million work for companies with fewer than 50 workers, according to the U.S. Bureau of Labor Statistics. and have thus been ineligible for job protected leave.

Senate Bill 1383, which takes effect Jan. 1, requires companies with five or more employees to allow them 12 weeks of unpaid job-protected leave to care for a newborn, newly adopted child or sick family member — the same number now available to businesses with 50 or more workers. It expands the definition of “family member” beyond spouses and children to include grandparents, grandchildren, siblings and in-laws.

Progressives, led by retiring state Sen. Hannah-Beth Jackson (D-Santa Barbara), have long fought to expand protected leave, over fierce business opposition. The California Chamber of Commerce labeled SB 1383 a “job killer” and successfully lobbied to narrow the measure: The original proposal would have covered all workers, including those at companies with fewer than five employees.

With the pandemic driving business closures and restrictions, the law “will force our already fragile mom-and-pop owners to lay people off and shut their doors forever,” argued John Kabateck, California director of the National Federation of Independent Businesses.

Proponents of the law cited the coronavirus in arguing that Californians should be able to care for sick family members without fear of losing their jobs. “The COVID-19 pandemic has only further revealed the need for a family leave policy that truly serves families and workers, especially those who keep our economy running,” Newsom said in a bill-signing statement. 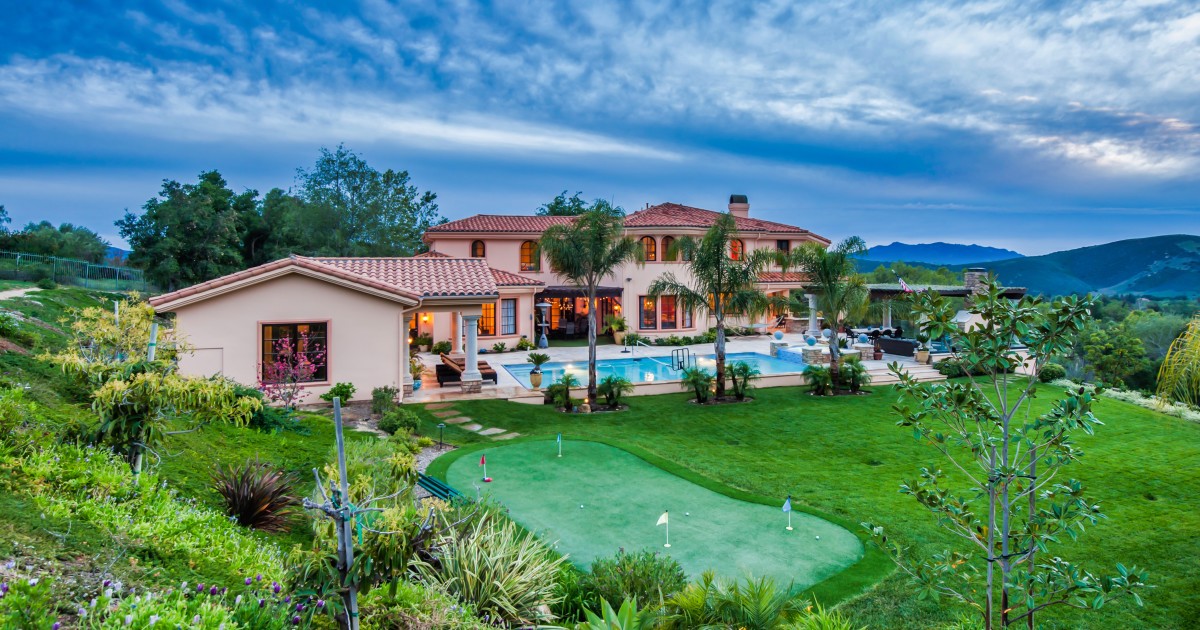 See the article :
Kevin Sorbo sells Westlake Village villa for $3.35 million
Kevin Sorbo, the actor from “Hercules: The Legendary Journeys,” made a journey…

As workplace outbreaks of the coronavirus multiplied, so did reports that companies were concealing infections. California’s Division of Occupational Health and Safety, known as Cal/OSHA, adopted an emergency set of COVID-19 standards in November. Assembly Bill 685, which takes effect Jan. 1, toughens rules requiring employers to report cases and penalties governing outbreaks.

Under the new law, a business must notify employees within one business day of learning of any potential COVID-19 exposure. It must also offer them information on benefits such as workers’ compensation and sick leave; on protection against retaliation; and on the company’s virus safety measures.

Employers must alert local public health agencies within 48 hours of a coronavirus outbreak, defined in most instances as three lab-confirmed cases at a single workplace within a two-week period. And the state’s Department of Public Health must publish that information, detailing the number and frequency of cases and outbreaks by industry on its website.

The law also gives Cal/OSHA authority to immediately shut down a worksite where employees are deemed to be at risk of “imminent hazard” from the virus, without going through a 30-day administrative process.

In a letter requesting a veto, the state Chamber of Commerce and a coalition of trade associations said the law subjects employers to “vague standards and liability” and “fails to distinguish between employers who take appropriate steps to keep their workplaces safe, and those who fail to do so.”

Given that employees could catch the virus in their communities rather than from co-workers, the group wrote, publication of outbreak information is “a ‘name and shame’ provision … akin to a scarlet letter for customer-facing businesses, who have already been hit hard by the COVID-19-mandated shutdowns and are struggling to survive.”

But Newsom said the law would “help California workers stay safe at work and get the support they need if they are exposed to COVID-19.”

Labor unions applauded the measure. “We hear daily about workplace COVID-19 infections and the lack of notice our workers receive,” said Kathy Finn, secretary-treasurer of the United Food and Commercial Workers Local 770, which represents 20,000 grocery employees. “Without a requirement to report COVID-19 exposures, no workplace in California is safe.” 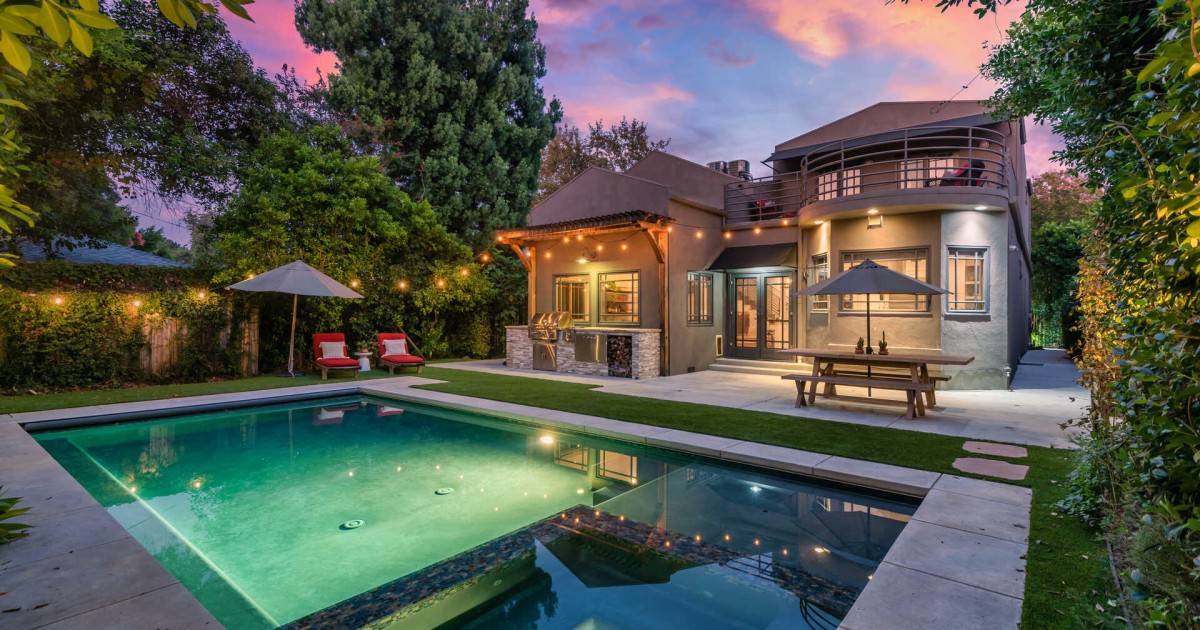 As COVID-19 surged across California, businesses suggested infected employees could have caught the virus anywhere, making them ineligible for workers’ compensation under which employers pay for healthcare, partly replace wages and provide death benefits. But in May, Newsom issued an executive order creating a “disputable presumption” that frontline workers who contracted COVID-19 from mid-March to early July caught it on the job unless businesses offer proof to the contrary.

With Senate Bill 1159, which took effect in September, the Legislature extended Newsom’s order beyond July for first responders and healthcare workers. And it applied the presumption to all other employees at businesses with more than five workers, but only if they were on the job during an outbreak. Read also : Bill Gross denies ‘Gilligan’s Island’ theme harassment. (This law defines an outbreak as four employees testing positive within two weeks for employers with 100 or fewer workers or 4% testing positive at larger employers.)

A broader bill covering workers no matter the size of their employer or whether an outbreak occurred was shelved. “We had hoped for a more expansive bill,” said Steve Smith, a California Labor Federation spokesman. “But the majority of those who get COVID are essential workers who interact with people all day every day. Now they’ll get healthcare and wage replacement.”

The state Chamber of Commerce and a coalition of trade associations opposed the law, arguing that employers should not be “financially responsible for the actions of employees outside the workplace.” Expanding workers’ compensation, the group wrote to legislators, could cost employers billions of dollars for virus-related claims. 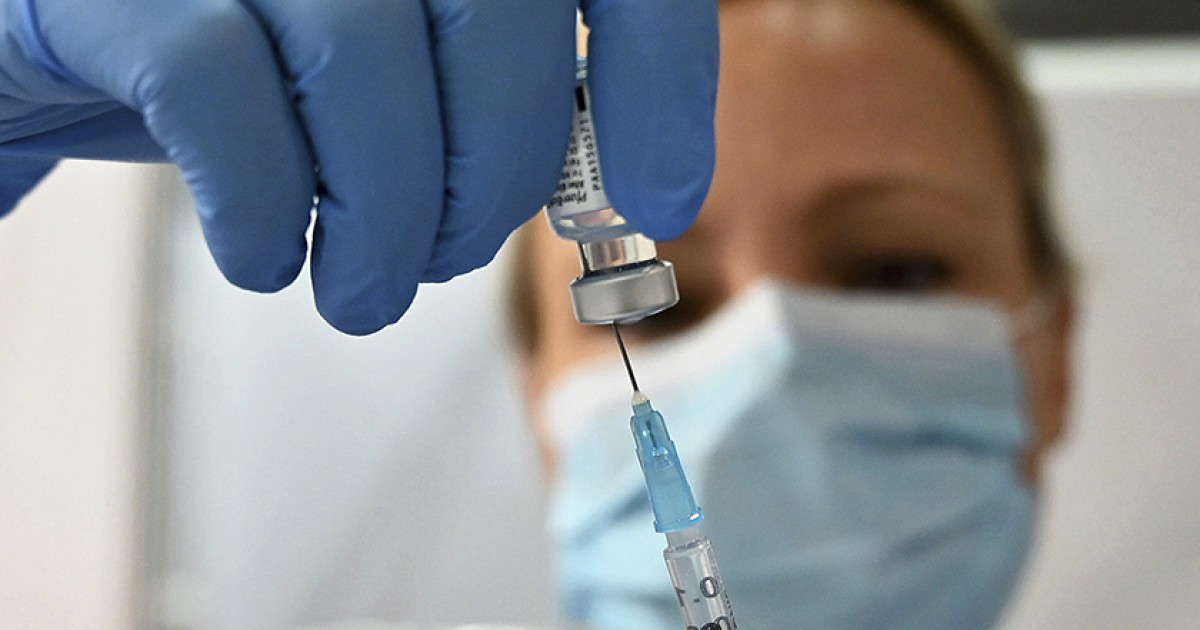 To see also :
COVID-19 vaccine: Why can’t more be available immediately?
To truly control the pandemic, most people around the world need to…

A 2018 California Supreme Court decision known as Dynamex limited the ability of businesses to classify workers as independent contractors rather than as employees. The difference: For employees, businesses must provide such workplace protections as minimum wage, overtime, paid sick leave, workers’compensation, and unemployment and disability insurance.

This year, Uber, Lyft, DoorDash, Instacart and Postmates spent $224 million campaigning for Proposition 22, the most expensive ballot initiative in California history, to exempt their drivers from AB 5. The measure, approved by voters, guarantees their gig workers 120% of the state minimum wage for “engaged time” driving passengers or on the way to a pickup, but no pay for time spent waiting between rides. It bars the drivers from unionizing. It makes some eligible for a health insurance stipend.

Industries whose workers are considered to be at “high risk” of misclassification — including janitorial, trucking, retail, in-home care, and construction services — are still covered by AB 5’s restrictions on independent contracting.

In 2018, California enacted the first U.S. law requiring gender diversity on corporate boards. Under that law — Senate Bill 826 — publicly traded companies headquartered in the state had to add at least one woman to their boards by December 2019. By the end of 2021, boards with five directors must include two women, and boards with six or more directors must include three women.

Companies that fail to comply face fines of $100,000 for a first violation and $300,000 for any subsequent violations.

Before the gender diversity law passed, 29% of public companies headquartered in California had no female board directors. That number plummeted to 2.35% in 2020, according to an October report by the nonprofit California Partners Project. The group estimates that 468 companies will still have to add a combined 1,940 new female directors to meet the 2021 target.

In September, in another first, a new law was enacted requiring California-based publicly traded companies to include at least one board member “from an underrepresented community” by the end of 2021, and as many as three by the end of 2022, depending on the size of the board. Assembly Bill 979 defines such a board member as “an individual who self-identifies as Black, African American, Hispanic, Latino, Asian, Pacific Islander, Native American, Native Hawaiian, or Alaska Native, or who self-identifies as gay, lesbian, bisexual, or transgender.”

With 60% of the state’s population identifying as Latino, Asian or Black, “we can no longer wait for corporations to figure it out on their own,” Assemblywoman Cristina Garcia (D-Bell Gardens), a coauthor of the bill, said at its signing. “By ensuring diversity on their boards, we know the corporations are more likely to create opportunities for people of color.”

Conservative legal groups are challenging the laws as unconstitutional, but in the meantime many corporations nationwide are moving forward to add women and people from diverse backgrounds to their boards.

As the pandemic hammered businesses, Newsom vetoed several of labor’s top initiatives, including a bill written by Assemblyman Ash Kalra (D-San Jose) known as “right to recall.” Kalra’s bill would have required that if large hotels, airport hospitality groups and janitorial companies laid off workers due to a “state of emergency,” then when the businesses return to hiring, they offer former workers their jobs back based on seniority.

Similar measures have been adopted by localities — including the city and county of Los Angeles, as well as Long Beach, Pasadena, San Francisco and Oakland — at the behest of unions arguing that companies should not replace longtime employees with cheaper hires. But Newsom said a statewide law would impose “too onerous a burden on employers navigating these tough challenges.”

Labor-friendly legislators expect to bring the bill back this year.