California’s landmark Senate Bill 206 that spurred a national movement toward college athletes being allowed to profit from the use of their name, image and likeness was originally written to go into effect Jan. 1, 2023, in an effort to give the NCAA time to change its rules in response.

The NCAA has indeed responded over the past year as 30-plus states have introduced similar legislation to the “Fair Pay to Play Act,” including Florida, which has a law which goes into effect July 1, 2021. The NCAA has proposed new NIL rules — not surprisingly, they are more restrictive than California’s law — and is expected to vote on the proposal in January at its annual convention.

If the new NCAA rule passes, which is likely given the pressure bubbling around the issue, it would go into effect Aug. 1, 2021. The bumped-up timeline is part of why California Sens. Nancy Skinner (D-Berkeley) and Steven Bradford (D-Gardena) announced Monday they will introduce a new bill that will push California’s start date to Jan. 1, 2022 or the day the NCAA’s rule goes into effect, whichever comes first.

California has now had a chance to view the NCAA’s proposal on NIL, so the fresh state bill will have some additions that are aimed to thwart attempts by college sports’ governing body to limit the financial activity of athletes.

“It’s good that the NCAA has followed California’s lead, but their proposed rules changes come up short,” Skinner said in a statement. “The NCAA doesn’t appear willing to give student athletes the autonomy and full range of benefits that California law does. This new bill will ensure that California athletes are not unfairly and unnecessarily restricted.”

Said Bradford, “As I said in 2019, preventing students from seeking compensation for their likeness while you profit off it yourself is akin to institutionalized slavery. … SB 206 sent shockwaves through the nation, and this new bill will continue to empower the thousands of student athletes who generate billions of dollars in revenue for the NCAA while struggling to balance their educational and financial needs.”

NCAA leaders have spent much of the last year lobbying on Capitol Hill for a federal solution that would supersede the various state laws. California’s law presents nearly a free market scenario for athletes to be paid for appearances in ads, autograph signings and social media influencing, among other avenues to capitalize on their fame while on campus. California, for instance, has no cap on what a school booster could pay an athlete for participating in an ad.

The NCAA’s concerns revolve mostly around the recruiting scene. Universities don’t want boosters or representatives making NIL deals with prospective athletes to induce them to attend a specific school.

In the NCAA’s proposal, athletes cannot enter into deals which conflict with a school sponsorship contract. That would keep an athlete from signing with Nike if his school was outfitted by Adidas, for example. Athletes would also not be allowed to use school marks or logos in their promotional material.

All athlete deals would be reported to a third-party entity that would be charged with assessing their validity and value in the marketplace.

In Congress, several bills are pending in the House and the Senate, and time is running out for a federal solution to be voted upon before state laws kick in. In the NCAA’s mind, a bunch of different state laws would be akin to chaos. If Congress can’t come up with a one-size-fits-all solution, the NCAA could resort to suing the states that have passed NIL laws before its laws go into effect.

California’s new bill adds new protections for athletes, including the right to earn compensation from “athletic reputation,” meaning that an athlete can identify the name of their school in endorsements. This was included in the NCAA’s proposal, and California wants to keep it that way.

The new bill also allows for athletes’ attorney fees and court fees to be paid for if they sue the school for violating SB 206. 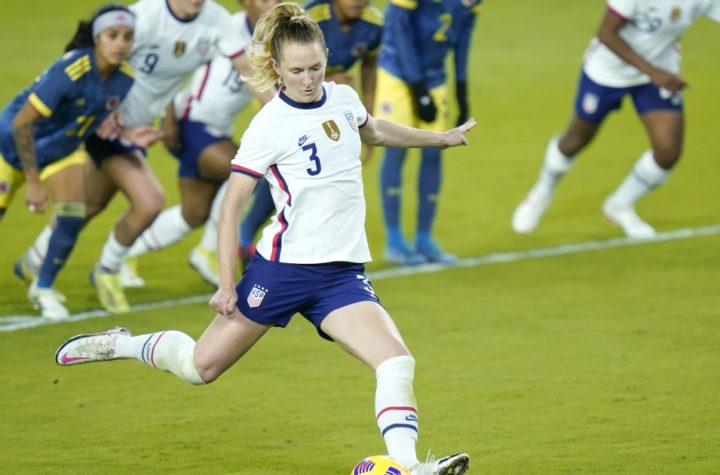