Christopher Plummer, whose iconic role as the debonair Capt. Von Trapp in “The Sound of Music” was one of many acclaimed performances that led him to an Oscar and a pair of Emmy and Tony awards during his 50-year career in film and onstage, has died.

The Canadian leading man and character actor, who also starred in “All the Money in the World,” “Beginners,” “A Beautiful Mind,” “Up” and “Star Trek VI,” died early Friday morning at his home in Connecticut with Elaine Taylor, his wife of 53 years, at his side. He was 91.

“Chris was an extraordinary man who deeply loved and respected his profession with great old fashion manners, self deprecating humor and the music of words,” Lou Pitt, Plummer’s friend and manager of 46 years, said in a statement confirming the death. “He was a National Treasure who deeply relished his Canadian roots. Through his art and humanity, he touched all of our hearts and his legendary life will endure for all generations to come. He will forever be with us.”

A regal star with exquisite range, Plummer curated scores of theater roles and more than 200 film and television credits during his storied career. The actor honed his craft on the New York stage in the 1950s, during the golden era of American drama, and in London in the1960s, when he performed with the Royal Shakespeare Company and the National Theater, taking on “many of the greatest parts ever written.”

He appeared in everything from Peter Shaffer’s “The Royal Hunt of the Sun” to Terry Gilliam’s “12 Monkeys,” seeming to glide effortlessly from role to role. Though praised for his native skills on the stage and in film, he could be truculent and foul-tempered. Though it earned him lasting fame, he often disparaged “The Sound of Music” as being syrupy and his character as being wooden and one-dimensional.

Over time, though, his demeanor and outlook seemed to brighten and he embraced his longevity, if not his legions of fans. Late in his career he earned a Tony Award for “Barrymore” and was awarded his first Academy Award at the age of 82 for his 2010 turn in “Beginners.” He also was nominated for an Oscar for playing Russian novelist Leo Tolstoy in 2009’s “The Last Station” and at the last minute stepping into the role of billionaire J. Paul Getty when Kevin Spacey was dropped from the completed film amid sexual misconduct allegations. At the time, and at the age of 88, he became the oldest Oscar-nominated actor to date.

“How boring it would be to be just one thing — just a movie actor, or just a stage actor — when you can just keep going from one to the other. I think one also helps the other,” he told The Times in 1998. “I’ll go on doing it until I drop.”

Born in Toronto on Dec. 13, 1929, Plummer grew up speaking French in the nearby province of Quebec. He was the great-grandson of Canadian Prime Minister John Abbott and an only child. His parents divorced when he was young and he was raised by his mother and grandparents.

“My parents were divorced and I had a kind of shyness,” he told The Times in 1976. “To combat it, I would show off with skits and mime trying to gain attention.”

He took refuge in literature and the bottle. The long, cold Canadian winters were conducive to both and, without any siblings to play with, he said, he made friends with the characters in the books he devoured.

“I came from an Anglo family who were well educated and loved to read. And that inspired me. They made me read — thank God,” he said in a 2014 Times interview. “They taught me what fun reading could be. We used to read aloud after dinner — it was a lovely custom that made me want to be an actor because I could perform when it came to be my turn.”

Plummer trained as a concert pianist but found greater satisfaction in the spoken word. He patronized the theater, and his shyness melted away as he watched actors and musicians command attention from their audiences. He eventually landed a spot on Canadian radio performing in both French and English and by 18 moved to classical roles with Canadian repertory companies. His success led him to England, where he performed with the National Theatre of Great Britain and the Royal Shakespeare Company.

He debuted on the Broadway stage in “The Starcross Story” in 1954 and was nominated for a Tony for his appearance in Elia Kazan’s staging of Archibald MacLeish’s “J.B.” Working now in both New York and London, Pummer attracted admiration as a Shakespeare interpreter with performances in everything from “Hamlet” to “King Lear.”

“We were two fans observing and admiring each other at 40 paces — hardly the stuff to secure a union; we were having too much fun enjoying our separate ascendancies — much too immature to take on the twin responsibilities of marriage and raising a child,” Plummer recalled in his memoir. Grimes finally grew weary of Plummer’s behavior and kicked him out of their home. He said he rarely saw his daughter as she was growing up.

Plummer made his cinematic debut in 1958 in Sidney Lumet’s “Stage Struck.” But his breakout role would be that of the stern Austrian baron in “The Sound of Music.”

Twentieth Century Fox’s big-budget adaptation of Rodgers and Hammerstein’s Salzburg-set musical launched Plummer to the forefront even though he had no singing experience. Still a relatively unknown film actor, Plummer managed to edge out Sean Connery and Richard Burton for the role of the imperious patriarch of the Von Trapp Family Singers. The part of Maria, who turned the captain’s life upside down when she was hired as his children’s governess, went to Julie Andrews, who was not yet a bankable film star but beat out Grace Kelly and Doris Day for the role.

But Plummer’s onscreen polish belied his true feelings toward the part.

“I was … a pampered, arrogant young bastard, spoiled by too many great theater roles. Ludicrous though it may seem, I still harbored the old-fashioned stage actor’s snobbism toward moviemaking,” Plummer wrote in his 2008 memoir, “In Spite of Myself.” “The moment we arrived in Austria to shoot the exteriors I was determined to present myself as a victim of circumstance — that I was doing the picture under duress, that it had been forced upon me and that I certainly deserved better. My behavior was unconscionable.”

But Plummer was loath to discuss the movie and generally disparaged it when he did.

“Sure, I’ve mellowed a bit about it,” he told The Times in 1976. “I’m just sorry that after all the years of playing marvelous roles, to be known for something as saccharine as that.”

However, because of it, he said, “It became easier for me to fill a theater.”

He and Andrews remained close over the years. Plummer worked with Andrews’ husband, director Blake Edwards, on 1974’s “Return of the Pink Panther” starring Peter Sellers, and later reunited with Andrews in 2001 for CBS’ “On Golden Pond,” breaking from the romantically sweet pairing of their past to play feisty curmudgeons.

After “Sound of Music,” Plummer starred in 1969’s “The Battle of Britain,” played an Inca king in 1969’s “Royal Hunt of the Sun” and had a brief but memorable role in 1975’s “The Man Who Would Be King.” Many of his performances were likened to those of film great Laurence Olivier.

By the end of the decade his marriage to British journalist Patricia Lewis had fallen apart and he married Elaine Taylor, a dancer.

In 1976, he co-starred in NBC’s Emmy-nominated miniseries “The Money-Changers” with Kirk Douglas and Timothy Bottoms. His role earned him his first Emmy Award. (Years later, he would win the voice-over Emmy for narrating the animated series “Madeline” in 1994.) He widened his range when he teamed up with Elliott Gould in Daryl Duke’s crime drama “The Silent Partner” in 1978, playing a sadistic bank robber opposite Gould’s bored bank teller.

Back onstage, Plummer continued his tour de force performance as actor John Barrymore in William Luce’s 1998 biographical play. Barrymore’s widow came to see the play twice and said “she closed her eyes and heard him.”

“That was the nicest thing anyone could possibly say,” Plummer recalled in a Times interview.

He won a 1997 Tony Award and toured the country playing the troubled star before taking on the role again in the 2012 film adaptation. His second Tony Award came for his performance in the 1973 musical “Cyrano.” He was rarely offstage, performing on Broadway opposite Glenda Jackson in “Macbeth” and with his pal Jason Robards in a revival of Harold Pinter’s “No Man’s Land.”

“I’ve always had a dislike of playing actors, but Barrymore was such a rich character that he transcends being an actor,” Plummer told The Times in 1998 when the production was in Los Angeles. “He did hit the heights, and his last great role was himself. He never sustained that level of discipline or strength and technique to go on playing other parts. So he created his own Falstaff at the end of his life — a very rich and riddled character it was too.”

“Chris has enough understanding of the disillusions of life and enough remembrance of the problems of boozing as well as the pleasures,” said producer Robert Whitehead, who had known Plummer for more than 40 years before working with him on “Barrymore.” “He has a poetic quality deep in his heart and soul, and he has just enough tough-mindedness and nostalgia to fill the character of John Barrymore.”

In 2007, Plummer was the recipient of the Method Fest Independent Film Festival’s Lifetime Achievement Award for his “outstanding contribution” to cinema during his half-century-spanning career. At the time, Plummer was costarring with Brian Dennehy in the Broadway revival of “Inherit the Wind,” the classic fictionalization of the Scopes monkey trial of the 1920s.

He reteamed with “12 Monkeys” director Terry Gilliam on the fantastical “The Imaginarium of Dr. Parnassus.”

“He is quite wonderful,” Gilliam said of the leading man in a 2009 Times interview. “He brings such dignity and brilliance to everything he does. Watching him work is just a joy. I sort of plop in a place on set and then off he goes and does the scene.”

In 2008 Plummer’s dishy autobiography, “In Spite of Myself,” was published. The next year, he was nominated for an Oscar for playing Tolstoy in “The Last Station.” He later did the voice for mad genius explorer Charles Muntz in “Up,” starred in David Fincher’s thriller “The Girl With the Dragon Tattoo” and finally took home an Oscar for his work in Mike Mills’ 2010 dramedy “Beginners.”

“Hal is a very grateful man, as indeed I am, as I approach senility,” Plummer said of his octogenarian “Beginners” character, who comes out as gay. “And I’m finding this part of life to be a great period of discovery. After all, you ain’t got much time left, so you’ve got to discover things while you can.”

At 82, he was the oldest person to win an acting Oscar.

“You’re only two years older than me, darling; where have you been all my life?” Plummer said as he held the statuette during the ceremony.

Then, at 88, he became the oldest Oscar-nominated actor for “All the Money in the World.” As for retiring, Plummer joked that he didn’t see a point to leaving acting.

“I love it and I’m not good at anything else, ,” he joked on “Conan” in 2015. “I never want to retire. I’m so sorry for people who actually do want to retire, it means that they haven’t loved what they do in life.” 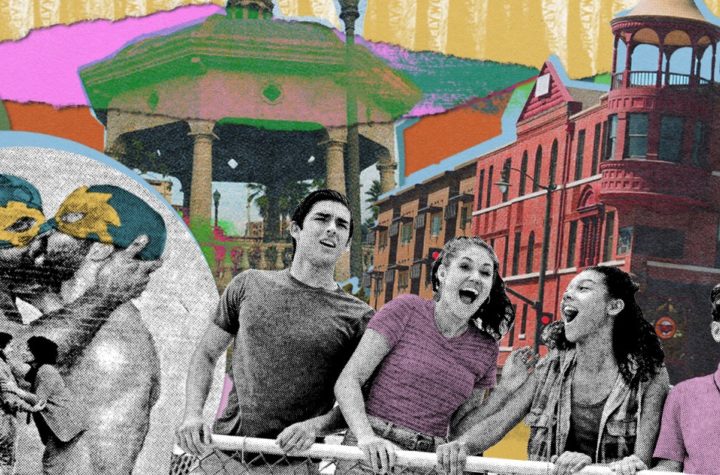 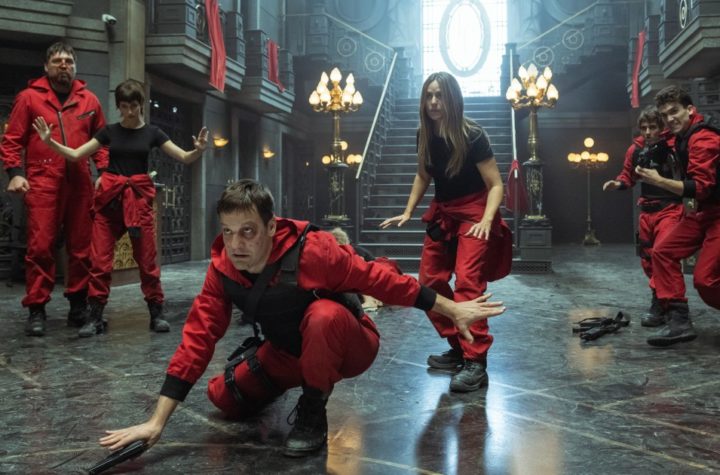