The news struck with the cold emptiness of a beloved dinner companion suddenly disappearing before dessert.

The rumors reached longtime Sparks season-ticket holder Jeanelle LaMance via text, and she responded via scream.

Candace Parker is really leaving, with ESPN reporting Wednesday that the 13-year Sparks cornerstone will leave the team as a free agent and sign with her hometown Chicago Sky. The Sparks reportedly wanted to re-sign her, but, at age 34, she apparently and understandably wanted to finish her career where she grew up.

It won’t be official until the WNBA’s signing period begins Monday, but feel free to join LaMance in wailing now.

This is big. This is sad. This is Sparks shattering.

This is Clayton Kershaw leaving the Dodgers. This is Mike Trout departing the Angels.

This is the opposite of Lisa Leslie, the greatest-ever Sparks player who spent her entire 12-year career here before retiring with her jersey hanging in the Staples Center rafter.

Parker was the successor to Leslie. She is the second-greatest Spark. She was also supposed to be here forever.

“I didn’t have a second thought that Candace would end her career here,” said Lana Soroko, another longtime season-ticket holder. “I thought we would hang her jersey next to Lisa’s. I heard the news and I’m like, really?”

Sparks fans are being quoted here because they’re the ones who knew Parker best and loved her the most. It’s how that franchise works. It’s unlike any other pro sports operation in town.

The Sparks players and fans consistently interact such that they consider themselves one big family.

It’s a testament to the legacy of Parker that on Wednesday, that family was hurting.

“This is so sad, because we really adore her,” said Estaire Press, who shares season tickets with wife LaMance. “She’s one tough broad.”

Parker is revered for more than her on-court accomplishments, even though she has a bunch, leading the team to the 2016 WNBA championship while winning two MVP awards and one Finals MVP award.

“Just when we thought, ‘Oh my God, we’ll never get out of this’…she would take over the game,” said Soroko. “She led the charge, she carried us on our shoulders.”

But Parker was revered for far more than that.

She was cheered for her quiet resilience, as in 2009 she missed a month while on maternity leave and still led the league in rebounding.

“It was shocking, because back then nobody took off that much time to have a child,” said Press. “But Candace just said, ‘I’m doing it.’”

She was also cheered for her personal evolution, from a shy superstar to an engaging personality who has recently shined as a television analyst.

“We watched her grow up, from a quiet player to this vibrant leading personality,” said LaMance. “She became the face of the franchise.”

Finally, she was cheered for professionally handling two potentially devastating setbacks. She was left off the 2016 Olympic team for no valid reason, and she was inexplicably benched by coach Derek Fisher for the entire fourth quarter of the game that eliminated the Sparks in the 2019 playoffs. In neither case did she cause a stir, and, for the Sparks, she gamely returned in 2020 to start all 22 games in the bubble and lead the league in rebounding.

The Sparks family will never forget Parker’s strength, her savvy, her greatness. And even though she’s left town, she’s not going anywhere.

“Candace Parker is a Spark, I don’t care whether she plays for the Sky or not,” said LaMance. “She’ll be a Spark forever.” 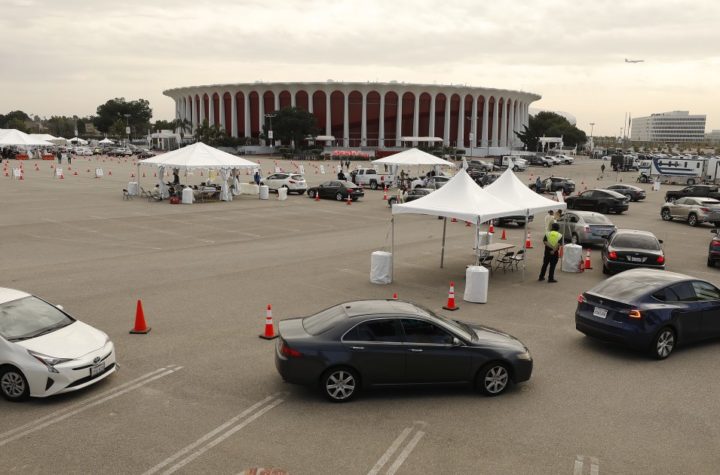