The instant he felt the snap of an abdominal muscle, Novak Djokovic feared his attempt to win a third straight Australian Open title would end prematurely and endanger his quest for his 18th Grand Slam singles championship.

He guessed he had torn a muscle when he skidded on the court during his third-round match against Taylor Fritz, a diagnosis that was confirmed by an MRI but not made public. Djokovic’s ability to hang on and beat Fritz in five sets sparked speculation the injury wasn’t as bad as he’d portrayed it.

But on Sunday, with the Australian Open winner’s trophy in hand for the ninth time following his 7-5, 6-2, 6-2 rout of Daniil Medvedev in the final, Djokovic said the oblique muscle tear had been serious enough to make him doubt he could continue.

“I was quite worried. It did not look realistically that I could actually play,” he said. “Whether I was aware of the fact that I’m going to possibly make more damage and risk more damage to this injury? Yes, I was aware of that. If there was any tournament, it’s going to be here, and it’s going to be any major where I would risk worse injuries or damage in order to try to give myself a chance to go far in the tournament.”

Breaking the career Grand Slam singles record of 20, shared by Rafael Nadal and Roger Federer, means enough to Djokovic that he plans to focus on major tournaments, which means competing less and could cost him the No. 1 world ranking. But his triumph in Melbourne has guaranteed he will be No. 1 for 311 weeks as of March 8, which will break Federer’s record of 310 weeks at the top. After that, for Djokovic it’s all about adding to his own record of nine titles in Australia, as well as one at the French Open, five at Wimbledon, and three at the U.S. Open.

“Even though I have been fortunate to win many majors and play in many major finals in my life, I do enjoy the success every single time even more,” he said, “because I know that that the longer the time passes, the more difficult it’s going to become for me to get my hands on the major trophy because you have new, young players coming up that are as hungry as you, maybe hungrier, and they’re coming up and they’re challenging me and Roger and Rafa.”

Those youngsters are still knocking at the door. But Djokovic, 33, became the second man to win at least nine titles at any Grand Slam event; he follows Nadal, who has won the French open 13 times. Federer, who plans to return to competition next month after knee problems, has won Wimbledon eight times. Djokovic and Nadal have won 10 of the last 11 Grand Slam titles, starting with the 2018 French Open. The exception was Dominic Thiem, who won last year’s U.S. Open. Djokovic memorably was defaulted from that tournament in the fourth round after angrily hitting a ball that struck a lineswoman in the throat.

“The Slams are the tournaments where I want to be able to perform my best,” Djokovic said. “My goals will adapt and will shift a little bit.”

Judging by his calm demolition of Medvedev, who had been on a 20-match winning streak, Djokovic’s chances of piling up wins in majors look pretty good. He played a strategically sound match against Medvedev, effectively using drop shots to bring his opponent to the net and test the 25-year-old Russian’s volleying skills. Djokovic, whose path to the final included three more sets and four more hours on the court than Medvedev’s route, also broke Medvedev’s serve seven times and outplayed him in every facet of the game.

They traded service breaks early in the first set and were level at 5-5 before Djokovic held serve at love for 6-5 and broke for the set when Medvedev netted a forehand. They traded breaks in the first two games of the second set, but Djokovic began to distance himself and went on a run, winning 14 of the last 18 games.

“When you lose a tough first set, it’s always good to break straightaway. It makes you forget the first set,” Medvedev said. “I was like, ‘OK, this is the momentum change. I got the lead in the second set. I got the serve. Let’s go.’ Then I was down 1-4 quite fast.”

He became increasingly frustrated and smashed his racket after Djokovic took a 5-2 lead in the second set. “I should have done better things, for sure. Maybe should have served an ace in one moment. Should have put a forehand winner or something,” Medvedev said. “At the same time, he returned balls in the court. He was aggressive. He was making winners when he had to.

“We’re just coming again to the moment where he was a better tennis player today, without a doubt, which is disappointing to me but not much else to say.”

Medvedev had difficulty fathoming that he’d have to win the Australian Open every year until he was 34 to match Djokovic’s success there. “I mean, I believe in myself, but I don’t think I’m able to do it,” Medvedev said. “Same with Rafa. I mean 13 Roland Garros [French Open]…. We’re talking about some cyborgs of tennis, in a good way. They’re just unbelievable.”

Djokovic preferred “three knights of tennis” to cyborgs. “Roger and Rafa inspire me. That’s something I’ve said before and I’ll say it again,” Djokovic said. “As long as they go, I go.”

His coach, Goran Ivanisevic, said Djokovic “needed this victory so badly” following a rough stretch that included being defaulted out of the U.S. Open and losing the French Open final in straight sets. Djokovic also drew scorn for organizing an exhibition tour last summer that flouted COVID-19 precautions and was halted when four players tested positive for the virus. Djokovic and his wife, Jelena, tested positive, too. Before the Australian Open began, he asked for better treatment for players in quarantine, hitting a sour note in a country and a world beset by worse woes than being confined to a cushy hotel room.

Djokovic agreed this title was “emotionally the most challenging Grand Slam that I ever had,” yet he prevailed. And he’s prepared for the challenge of overtaking Federer and Nadal. “It’s a competition between us in all areas,” Djokovic said. “But I think that’s the very reason why we are who we are, because we do drive each other, we motivate each other, we push each other to the limit.” 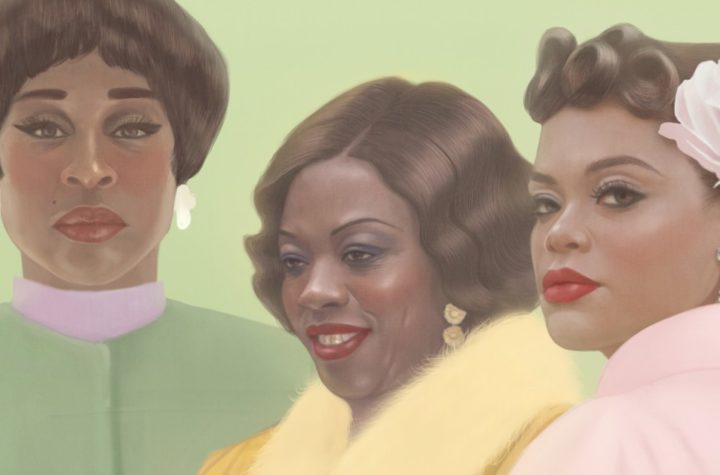