A dirt trail leading up to the Griffith Park Observatory is alive with sound this afternoon. There’s the steady crunch of sneakers on gravel, the whipping wind in the trees; there’s a toddler’s distant squealing mixed with intermittent trilling from sparrows.

Then there’s the orchestra.

Composer and sound artist Ellen Reid has scored this trail carefully, geocoding her original music to exact locations in the park, where visitors can access it on an app.

The soundtrack to this particular spot on the Fern Dell Trail is soothing and gentle, with viola and cello strings leading the way along a shady, forested patch. Farther up, on the East Observatory Trail, a jazzy drum solo kicks in, punctuating each switchback with a thump-ding-and-wire-brush swoosh, heightening anticipation around every corner.

As the trail gets steeper, the jazz riff gets faster and anxious-sounding. The whining trumpet and angry drums seem to animate the ragged-edged cliff, burned treetops and bustling cityscape below.

“The environment sets the tone for our listening,” Reid says on a recent test run of the app. As she reaches the observatory lawn at the top of the trailhead, the music suddenly opens up and a synth track kicks in. “I wanted the sound here to feel coated in something that was very smooth and white, like the architecture,” she says. “This just felt like Griffith Park to me.”

The immersive journey is “Ellen Reid Soundwalk,” a free public art project blending music, nature and technology. It premieres on Thursday, presented by the Center for the Art of Performance at UCLA, and will be available through 2023. Reid, who won a 2019 Pulitzer Prize for her debut opera, “prism,” launched the project in New York in September, programming her music throughout Central Park. The New York Philharmonic performed much of that score along with Reid’s Soundwalk Ensemble, a collection of musicians she assembled from around the U.S. The Young People’s Chorus of New York City performed poetry for that city’s “Soundwalk.”

But here’s the thing: Central Park and Griffith Park have entirely different sounds, Reid says. To bring the project to Los Angeles, Reid built on the “bank of sound” she already had, composing several new tracks for Griffith Park. She brought in San Francisco’s Kronos Quartet to perform along with her Soundwalk Ensemble.

“Central Park is more grid-like, it holds you more,” Reid says. “The views in Griffith, the proximity you feel to the sky, the experience is more expansive. In L.A., we wanted something that was bold and more West Coast, super innovative.”

“Ellen Reid Soundwalk” encompasses over 100 tracks geotagged to more than 20 miles of trails in the park, with a focus on the routes between the observatory and the Hollywood Sign. Reid calls the tracks “cells” — instrumental riffs, of varying lengths, meant to be heard solo or layered together to form myriad combinations, like beads in a kaleidoscope. The cells have start points tied to locations in the park; some play for up to 20 minutes, others just 20 seconds. So as visitors move through the park, they wander into and out of musical cells, like sonic zones. And, depending on the pace visitors keep, they’ll hear different parts of a cell at different locations along the walk. So no two soundwalks, even taken by the same person on the same route, will be identical.

“You might only have 12 beads in a kaleidoscope,” Reid says. “But as you turn it, you see an infinite combination of shapes.”

“Soundwalk” is meant to be a “phone-in-pocket” experience, Reid says, meaning once users activate the app and put on their headphones, they’re encouraged to put away their device and wander for as long or as short as they’d like, the sonic landscape morphing around them. The music toggles among orchestral, jazz and electronic. As the elevation rises, the music might too. At times it feels meditative, almost new age-y, curling into the leafy foliage and dense fog of one location. Other times it feels strategically cinematic, the music swelling to meet a particularly dramatic vista. Ambient sounds are an instrument in the mix, as well.

“You’re supposed to hear your footsteps,” Reid says. “The sound should interact with the wildlife.”

Reid had been mulling the project for years, but when the pandemic hit, she fast-tracked it, quickly recognizing its value as a COVID-19-era salve: Walking in nature is therapeutic, as is music. The London-based foundation Wellcome provided funding to build the app as part of its international mental health program, Mindscapes. Reid composed all the music in June and July. The musicians recorded their individual parts in their homes in August, then Reid and an audio engineer mixed the parts together.

“Who knows what anyone is going through right now,” Reid says of the pandemic. “People in my nuclear family have had COVID; it was terrible. I don’t know what it’s like to be a frontline worker or someone with a lived Black experience, but I can only imagine the weight of that at this moment. The hope is that this project creates some space to hold you, wherever you are.”

Reid, an east Tennessee native, attended the California Institute of the Arts for graduate school. Griffith Park has been been a retreat for her during difficult times, whether recovering from a breakup, wrestling with a creative obstacle or simply decompressing after a performance. She hiked in Griffith Park the morning after “prism” premiered in L.A. in 2018.

“It’s been there for me,” Reid says of the park. “It’s helped me through things; it’s clarified things for me. The discoveries and inspirations that have come from being in that amazing landscape are infinite.”

Terrain has long inspired Reid when she composes. She often thinks about music in terms of colors and shapes, even drawing pictures at times. “Space and music are intrinsically connected for me as a composer,” she says.

“The openness of making a sound installation is central to this work. Someone can enter and stay for two seconds or 25 minutes — you’re not in control of it,” Reid says. “Working on those projects helped me expand how I thought about an audience. It helped get me ready to do this.”

Plans are now in the works to bring “Soundwalk” to at least five cities across the U.S. this year. Next up: Wolf Trap National Park for the Performing Arts in Vienna, Va., in April. “Soundwalk” also will premiere in Philadelphia’s Fairmount Park, with the Philadelphia Orchestra, later this spring. All can be found on the app, available for download.

“Listening to music helps create space to have thoughts and emotions,” Reid says, making her way back down the trail. “And parks are so magical. There’s something that’s bugging you, take a walk and, all of a sudden, you have the answer.”

The wind picks up in the trees as Reid’s orchestral melody flows mellifluously down the hillside, filling the canyon below.

“Parks and urban nature make space for us to dream,” Reid says, “and to feel connected to everything around us.” 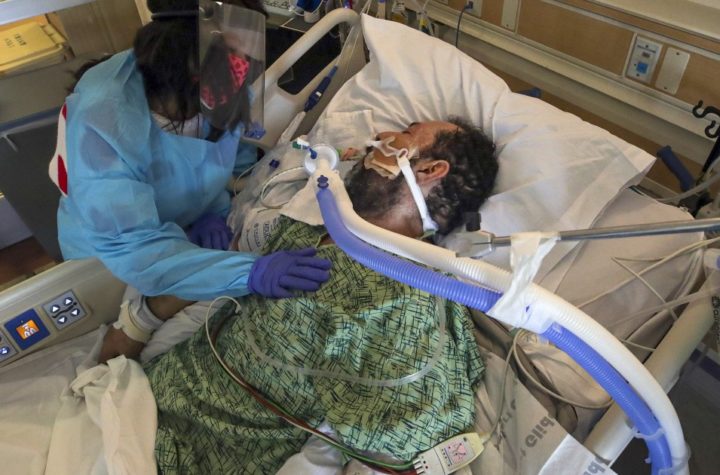