Dr. Seuss is not canceled

I think The Times should publish a version of Mary McNamara’s dissection of Kevin McCarthy‘s (and other conservatives’) white racist privilege [“The Real Deal Around Dr. Seuss,” March 4] on the op-ed page.

The attempt to smear President Biden and other progressives by accusing them of “cancel culture” is just another Republican lie that needs to be called out more widely, not just to Calendar readers. This may interest you : What’s on TV Thursday: ‘Heisman Trophy Finalists Reveal’. 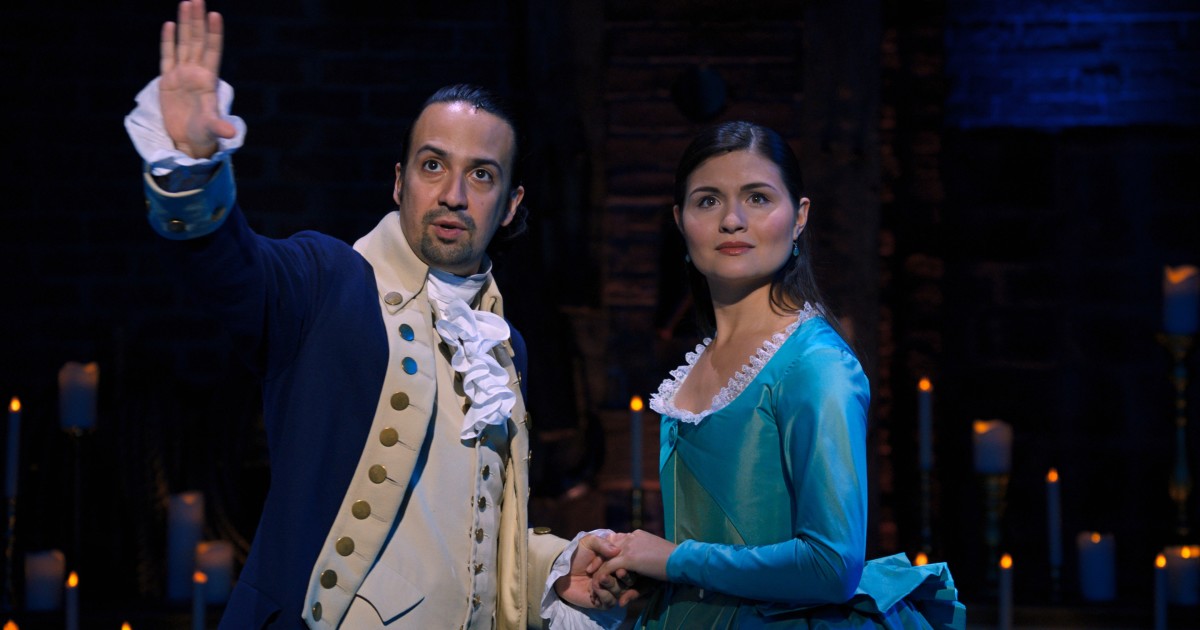 Regarding Lorraine Ali’s review of “Allen v. Farrow” [“This Should End Any Doubts,” Feb. 19]: Central to the indictment of Woody Allen is the charge of molestation.

Moses Farrow, the oldest child (14 at the time) in the house that day in 1992, says unequivocally no.

To read his detailed blog, “A Son Speaks Out,” it is difficult to come to any other conclusion.

More ruminations on Woody Allen — this time by HBO and a review by Lorraine Ali — don’t change the fact that nobody knows for sure.

The judge said as much at the time of one of the investigations and nothing has changed since.

There are two independent narratives, and both could be true.

In the meantime, society seems more afraid of Ghislaine Maxwell than Kyle Rittenhouse, and no one in the media seems to be too concerned over the loss of the presumption of innocence.

Meanwhile, the #MeToo movement relishes battles with the rich and famous; it leaves the middle class and poor unexamined and unchanged.

Allen was cleared by the Connecticut state attorney general, and the accusations were refuted by a professional forensic psychologist, who concluded Dylan was coached by her mother, Mia Farrow.

I’m looking forward to watching the upcoming HBO documentary series “Allen vs Farrow” and appreciated Ali’s article on the subject.

There are two films that Allen wrote and directed that I believe to be very illuminating of his psyche as it relates to sex and morality, good and evil. “Crimes and Misdemeanors” (1989) and “Match Point” (2005) are each the story of a married man who engages in an illicit affair with a woman who eventually threatens to expose the relationship, thereby causing immeasurable damage to the man’s life.

Each man has a great deal to lose if his extramarital affair is exposed, and both resort to killing their respective mistresses.

When it seems possible, even probable, that their crimes will be discovered, each man ultimately gets away completely free of culpability and punishment, and each one returns to his idyllic life.

Do you turn off the radio every time “Thriller” or “Billie Jean” comes on? Do you get up and leave the room when “Chinatown” or “The Pianist” is on the television?

And The Times would spring for its cost to get the interview. 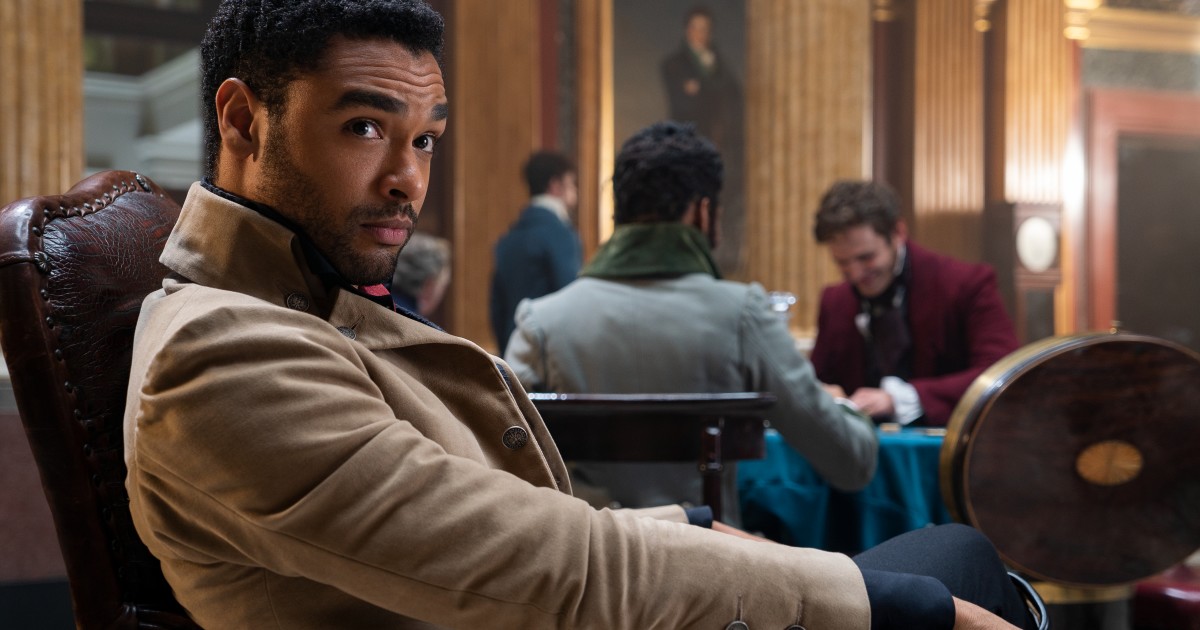 See the article :
2021 Golden Globes snub ‘Bridgerton’ for other Netflix shows
This just in from Lady Whistledown: the ‘ton is abuzz over the…

Regarding the online article “Kendall Jenner Has a New Tequila Brand, and Twitter Wants to Know Why” [Feb. 19]: I agree wholeheartedly that her new tequila brand, 818, is a clear example of cultural appropriation.

Jenner is continuously misguided, from staring in Pepsi’s 2017 commercial “Live for Now Moments Anthem” that showcased a simplistic view of the Black Lives Matter movement, to her new business venture into tequila, that exemplifies appropriating Mexican and Latinx culture.

Obvious grammatical errors, like “blanco tequila,” improper taste testing and lack of acknowledgment to the people actually creating the product is destructive to the voices of those marginalized being heard. To see also : Inauguration Day: Akhtar, Tobar, more on future of democracy.

I implore all readers to boycott this product, as well as other celebrity-owned tequila brands, and conduct genuine research into what brands they are supporting. It is important that we ask ourselves what we are purchasing and why we are purchasing something when it is associated with a different culture.

The power of print

A cover worthy of Vogue. Striking photography delineated by robust art direction. As well as those wonderful advertisements. Money-paying ads. In-depth articles. Truly a section to be satisfied with.

The case of the missing puppeteers

But he fails to credit the brilliant Wayne White, who created, built and operated the “Pee-wee’s Playhouse” puppets and many others for TV and music videos and parades and who is still alive and lives here in Los Angeles.

I grew up and lived in Los Angeles from the ’50s through the ’90s. A puppet highlight for me was “Shrimpenstein.” Alas, there is little recognition of the “walking jelly bean.” There are only a few of us on the Shrimpenstein Facebook page.

Thanks for the puppet column.

I enjoyed Lloyd’s rundown of local and national puppets and puppeteers from my childhood, but no puppet and ventriloquist list from the ’50s and ’60s is complete without an ode to Paul Winchell and his creations Jerry Mahoney and Knucklehead Smiff, among many others. His show, “Winchell-Mahoney Time” (1965-68), was a particular favorite.

In addition to being an accomplished ventriloquist and TV host, in his spare time Winchell was the first person to build and patent an implantable artificial heart. So there’s that.

Editor’s note: “Winchell-Mahoney Time” was included in the online version of the story but was cut for the print version.

Regarding television critic Lorraine Ali’s “Dickinson” commentary [“Period Drama Finds Its Groove,” March 2]: Emily Dickinson, author of about 1,750 poems, was most prolific — and most desperate — during the four years of the American Civil War (1861-65). She seemed to pay little attention to the war itself, being understandably absorbed in her own personal battle with epilepsy.

Her seizures were most frequent and violent then, when she was in her early 30s. As they eventually decreased in frequency over time, so did the frequency (and urgency) of her poetry.

“A Still — Volcano — Life” is a typical misunderstood first line (title) of one of her encoded poems written during the Civil War, but rather easy to understand when you equate “volcano” with the “It,” the unpredictable, monstrous, medically not then understood affliction of epilepsy.

At that time epilepsy victims were typically housed in insane asylums and therein segregated even further, as the sight of grand-mal seizures was too upsetting for the other patients to witness. They were forbidden to marry, to propagate or otherwise have normal lives. They were thought (in then-Puritan Massachusetts) to have been invaded by Satan.

The most eminent doctor in the country treating epilepsy at that time was in Boston, with whom Dickinson consulted for several years. He could prescribe only glycerin, essentially sugar water, and ultimately blamed the patient herself, admonishing her that the disease was “all in her head” and of her own devising.

So laugh it up as you have your fun with this misunderstood, tortured genius. And you needn’t be too hard on yourselves. Of the many biographers of Dickinson, I found only one (“Lives Like Loaded Guns” by the British scholar Lyndall Gordon) who understood the Dickinsons’ lifelong determination to keep Emily’s struggle a secret, while still seeking a cure. It was the singular topic in hers and her family’s lives.

The flight of the privileged

I had to laugh at the irony of Mary McNamara’s column condemning Ted Cruz over his trip to Cancun [“Cruz Flies Right Into Villain Mode,” Feb. 19] while a front-page story was all about Hollywood bigwigs and stars utilizing private jets so as not to have to deal with the issues that we small folk must adhere to when traveling.

While Cruz’s trip was an obvious desertion of duty in a state facing disaster crisis, both display a blatant amount of self-entitlement and complete disregard for regular working Americans.

In this morning’s Calendar section, was it a conscious plan to juxtapose the column of Mary McNamara ridiculing Ted Cruz for escaping Texas cold to Mexico with the main story of Hollywood escaping Los Angeles and COVID-19 by private jets to work elsewhere, or just an accidental irony?

Villainy and practicality cheek by jowl. For those of us who were unable to leave town to go anywhere last year and now this year, we envy (with some bitterness and self pity) those being able to take a private jet when commercial airlines are mostly shut down.

But I suppose the show must go on, even though theaters are closed to us, too

A new slogan for Texas suggested by the actions of fleeing Sen. Ted Cruz: “Do less for Texans when Texas is in a mess.”

There were giants such as Rothko, who showed the power of hue and tone; De Kooning, who learned from Gorky to energize the application of paint and Motherwell, who was married to Frankenthaler, a was master of gesture and collage.

Frankenthaler worked in the shadow of giants. She lacked the original insight to make a unique dialogue that these other painters perfected. She followed, never led. Her tires were never fully inflated.

Perhaps the most influential critic of American art, Clement Greenberg, never formally wrote about Helen Frankenthaler’s work, during or after their relationship.

When writing about successful women’s relationships with equally successful men as Jessica Ferri does in her review, it’s important that all the facts are presented, lest we perpetuate harmful stereotypes of women “sleeping their way to the top,” or otherwise using their sexuality to their professional advantage.

Frankenthaler’s romantic relationship with Clement Greenberg was not an example of that and we need to be careful not to write of it as if it were, as I am afraid Ferri does in her review.

The writer is the founder of lessthanhalf.org, focusing on the work of female artists.

What about nature’s music?

Regarding “The Griffith Park Soundtrack” by Deborah Vankin [Feb. 18]: Ellen Reid’s “Soundwalk” aims to link a soundtrack with the color of nature via smartphone technology. We are advised that this offers added mystical experience to a hike up Griffith Park’s hills.

The Soundwalk app is even envisioned as a mental health tool, insinuating that we have an emotional need in the form of a sophisticated Muzak-for-nature. That seems spurious.

Soundwalk drowns out the music of nature itself. Is the pure, aural experience of a Walden Pond transferable to a cellphone? Should we pay no heed to John Cage’s plea to listen closely to the subtle stillness of nature?

Why accept Reid’s music in lieu of nature’s authentic melodies?

To quote or not to quote

Christi Carras’s online article about Gina Carano [“Gina Carano Unites with Ben Shapiro to Talk More About Her ‘Star Wars’ Ouster,” Feb. 19] characterizes Gina’s statements and beliefs without actually quoting anything. That was totally wrong in my opinion.

If Gina’s comparison with the Holocaust and cancel culture was anti Jewish, then why would Ben Shapiro be picking up her contract?

I saw nothing right wing about what she said and I think it was criminal for Disney to fire her.

How long do you think a democracy could last if you let people get fired for political beliefs?

Regarding Matt Brennan’s review of “The Black Church: This Is Our Story, This Is Our Song” [“A Song of Faith, a Song of Life,” Feb. 17]: I’m so tired of seeing reviews of TV programs and series after they have aired. Sometimes I’ve been fortunate enough to have recorded them already, but not always.

Don’t your reviewers have access before these great PBS programs air?

Regarding “Stanley Tucci, Foodie” by Yvonne Villarreal [Feb. 21]: If you want more Stanley Tucci you can do no better than his role in the film “Big Night.”

Watching it, everything will become clear and pure joy.