Even with a reduced release schedule, there’s no shortage of original songs worth considering for this year’s Oscars. Here’s a playlist of 10 of the best. Note: This is not a ranking, but a play order — it hangs together well as a sequence. Try it out on our YouTube channel.

Brandi Carlile’s “Carried Me With You” from “Onward.”

The four-time Grammy-winning singer-songwriter kick-starts the playlist with this driving road song that responds directly to the plot of the Pixar animated film.

Official audio for Tegan and Sara’s “Make You Mine This Season,” from Hulu’s “Happiest Season.” 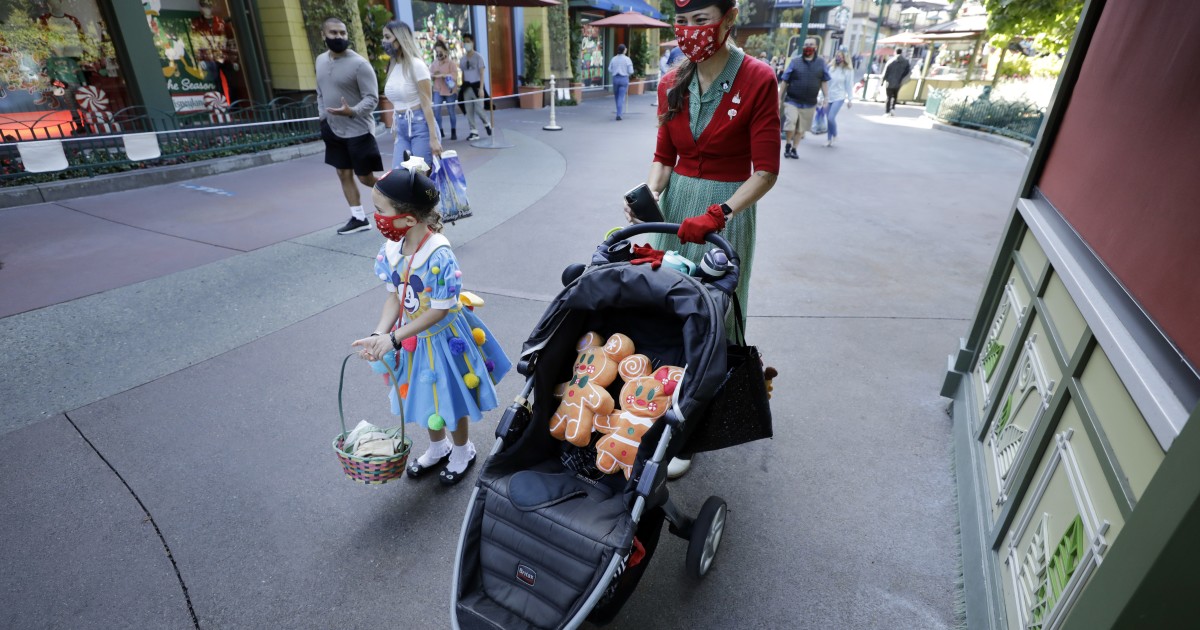 This may interest you :
Disneyland in COVID-19 pandemic: Safe spaces forever changed
On Thanksgiving, I made a decision that was in direct opposition to…

2. “Make You Mine This Season” — Tegan and Sara (from “Happiest Season”)

Funny to think they were once known for such angsty indie pop as “You Wouldn’t Like Me” and “Walking With a Ghost,” but the Quin sisters have always had a candy-sweet streak to them. After all, they sang the Oscar-nominated “Everything Is Awesome.” Here, they have neatly wrapped a holiday-romance pop confection. And if you’re curious, the song also works as a pretty, stripped-down acoustic ballad.

See the article : What’s on TV: ‘A Charlie Brown Christmas,’ ‘The Stand’.

Lyric video of Cathy Ang performing “Rocket to the Moon” from Netflix’s “Over the Moon.” 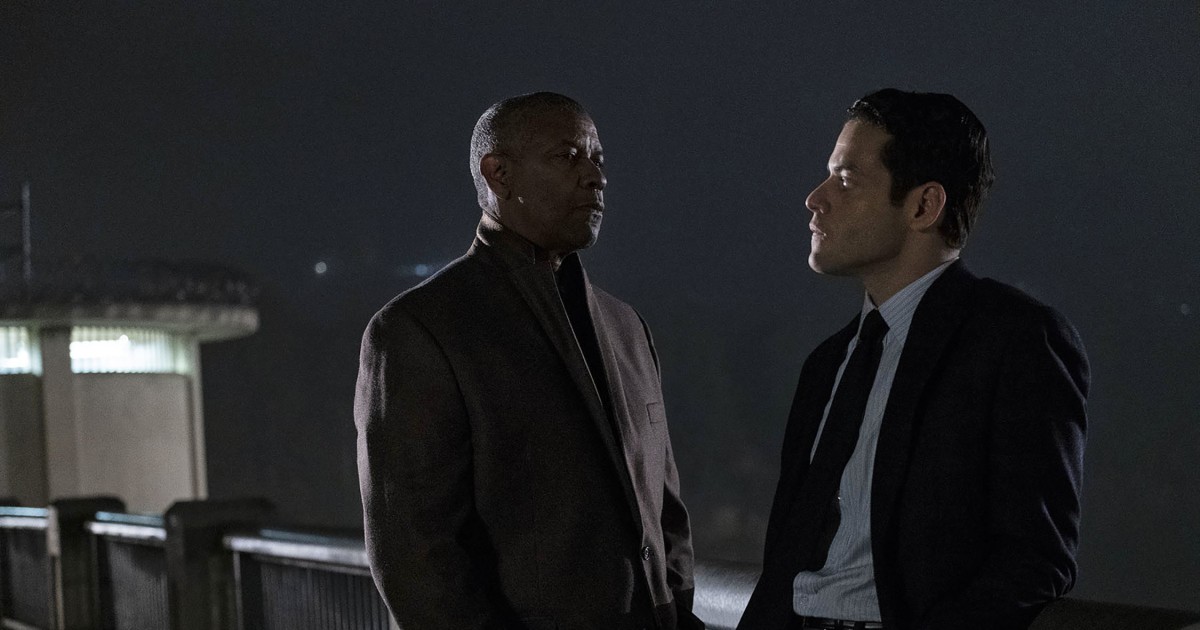 On the same subject :
What’s playing at the drive-in: Denzel Washington
Craving a flick on the big screen? Here’s our latest rundown of…

The “I Want” song from Netflix’s animated musical “Over the Moon,” composed by Christopher Curtis (“Chaplin: The Musical”), Marjorie Duffield (“In a Lake of Fire”) and Helen Park (“KPOP”).

Read also : With Trump and COVID, we don’t need uplift. We need Dostoevsky.

The official music video for Celeste’s “Hear My Voice,” from Netflix’s “The Trial of the Chicago 7.” 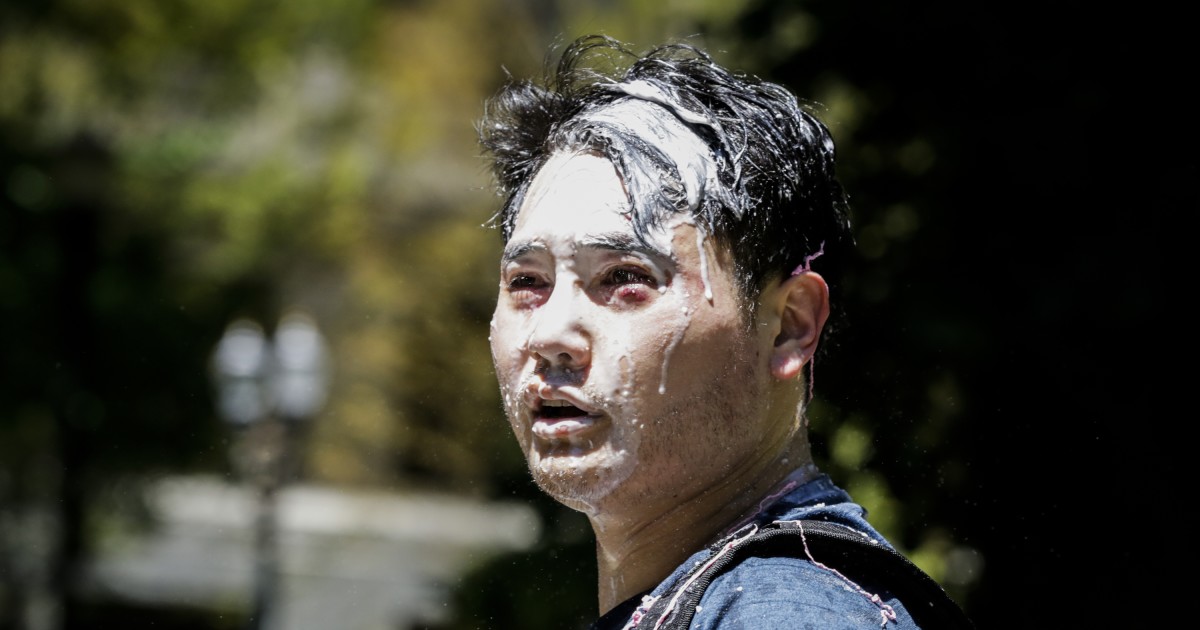 This may interest you :
Andy Ngo’s “Unmasked” wildly, dishonestly inflates antifa
On the Shelf Unmasked: Inside Antifa’s Radical Plan to Destroy Democracy By…

An R&B ballad right at home in the film’s 1968 Chicago setting.

Trent Reznor & Atticus Ross’ “(If Only You Could) Save Me,” featuring vocals by Adryon de Leon, from Netflix’s “Mank.”

5. “(If Only You Could) Save Me” — Trent Reznor & Atticus Ross featuring Adryon de León (from “Mank”)

Disguised in a period-perfect big-band setting with a range-testing vocal by De León that simply nails the style, it’s a return to the artful self-loathing that longtime Nine Inch Nails fans know and love. It even echoes a rueful line of dialogue by the film’s protagonist, but you have to be listening closely while watching the film to catch it in the song.

Another stirring anthem from the Oscar winner; its main obstacle to a nomination is how few voters will have seen the documentary for which it was written.

Gorgeous, topical and gently urgent, if any song on the list is a favorite for a nomination, it’s this one. As a co-writer of the song, Tony winner Odom could be a double Oscar nominee: His performance in the film is also generating strong awards buzz.

Music video for Charlie Puth’s “Free,” composed by Diane Warren, for Disney’s “The One and Only Ivan.”

You were wondering where the heck Diane Warren was on this list. Well, here she is! The 11-time nominee has three songs eligible this year and, frankly, any could get a nod. This one features a warm vocal from pop star Puth.

There were some kick-ass rock songs in movies this year — Haim turned it up to 11 for “Feel the Thunder” (no, that was not Joan Jett summoned by ancient rite, but these L.A. favorite sisters rocking up “The Croods: A New Age”) and “Sound of Metal” stars Olivia Cooke and Riz Ahmed turned in a hair-curling performance of the corrosive “Purify” in that film’s remarkable opening sequence. But “Uh-Oh” gets the nod here: Its ‘80s neon bite couldn’t be more perfect for its ferocious feature. It rocks unapologetically, and with a vengeance.

Music video for Taylor Swift’s “Only the Young,” from the Netflix documentary “Miss Americana.”

Swift has graduated from sugar-pop queen to significant cultural figure, and this unabashedly political-while-still-catchy earworm underscores that rise. She’s boldly using her platform to say what she means; the academy has to like that. Besides, she’d be quite an addition to the ceremony.

Music video for “Ultraluminary,” sung by Phillipa Soo in Netflix’s animated musical “Over the Moon.”

The “Hamilton” star stakes a convincing claim to extraterrestrial diva status with this club-igniter. Why is it a bonus track? Because it’s not getting the studio launch; that trajectory belongs to the movie’s more traditional Oscar-bait “Rocket to the Moon.”

“Husavik — My Home Town” — Fire Saga (Will Ferrell, Molly Sanden) (from “Eurovision Song Contest: The Story of Fire Saga”): The film is a send-up, but the climactic song is a straight power ballad of the type the academy has honored many times.
“I’ll Be Singing” — Sinéad O’Connor (from “Wild Mountain Thyme”): A lilting ballad from the Irish firebrand. Tough to resist “When you come to my window, laddie / I’ll be singing.” It’s lovely, but is she too controversial still for the academy?
“Just Sing” — Anna Kendrick, Justin Timberlake and cast (from “Trolls World Tour”): Another swing at a positivity anthem but without the Pavlov’s Boogie dance hook of the previous film’s “Can’t Stop the Feeling.”
“Loyal Brave True” — Christina Aguilera (from “Mulan”): Has the makings of a contender. Though one wonders why this power ballad with Chinese-themed music for a film about a Chinese legend isn’t sung by, say, Soo.
“Wear Your Crown” — Ariana DeBose, Nicole Kidman, Jo Ellen Pellman, Meryl Streep, Kerry Washington (from “The Prom”): Can the academy resist luring this collection of talent to get up and sing at the ceremony?