As I watched the violence and terror unfold at the Capitol this month, it brought home what I already saw this past year as I traveled the country by book for my United We Read project: We live in multiple Americas.

Our country feels more splintered and divided today than when I began this project in November 2019 with a goal of reading a current book from every state leading up to the 2020 presidential election.

What emerged as a theme in this final installment of books from Oregon to Wyoming isthe gross inequities and injustices many Americans endure based on race and class, and an overwhelming sense of powerlessness.

“Billionaire Wilderness” by Justin Farrell and “Wandering in Strange Lands,” by Morgan Jerkins offer two compelling examples. But in a year that saw protests, a pandemic and — I still write this in disbelief — an attempted coup, books also provided solace and hope. Most notably I found that in Michele Harper’s memoir “The Beauty in Breaking,” in which Harper’s insights as an ER doctor amplify the sacrifices and humanity of our frontline workers as L.A. faces a staggering load of new coronavirus cases each day.

Having stepped into stories in every state, I’ve read more than 58 accounts of what it means to inhabit this country. Bearing witness to what frames an American identity has been a humbling, often unexpected experience. What so many stories amplify across the nation, regardless of political ideologies, are inequities specific to our respective individual communities. I am grateful to the many authors who have shared their stories and perspectives that have inspired and saved me this past year. Here is Part Four of my journey.

In his memoir “Survival Math,” Mitchell S. Jackson chronicles in a series of essays a turbulent childhood growing up in southeast Portland, Ore., a historically Black neighborhood in a predominantly white city. The book features striking black-and-white portraits of men in Jackson’s family, along with excerpts from iconic historical texts, such as the Emancipation Proclamation that underscore the social and political imprints of racism on his family’s American story.

“Such a Fun Age,” the debut novel from Kiley Reid, got a lot of attention and for good reason. I first learned of the book from Traci Thomas, host of “The Stacks” podcast, who’s been the source of many great recommendations. In stylish prose with a fast-paced plot, Reid satirizes progressive white liberal good intentions as she tells the story of a 20-something Black babysitter who takes a job for an affluent white family in Philadelphia.

To see also :
‘City of Lies’ review: Stale saga of Tupac, Biggie and the LAPD
The shooting deaths of the rappers Tupac Shakur and the Notorious B.I.G.…

The week before Halloween seemed the ideal moment to pick up the 617-page epic horror novel “Plain Bad Heroines” by Emily M. Danforth. The tangled story toggles between a cursed Rhode Island boarding school for girls during the early 1900s and present day when a group of queer women return to film a movie about the school’s fabled history. Danforth writes with humor and is at her brilliant best with vivid female character portrayals, who are as wild and unpredictable as the untamed Rhode Island shoreline. 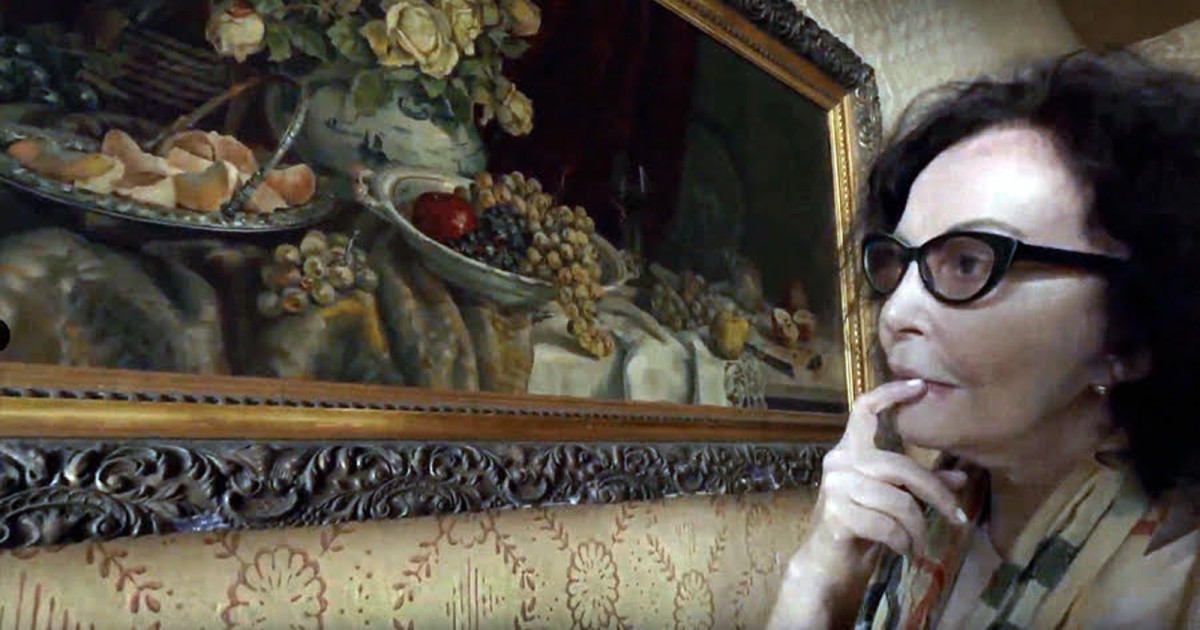 See the article :
‘Still Life in Lodz’ review: A Jewish woman revisits her past
If a picture is worth a thousand words, it’s also worth a…

One of the most compelling books I read this year was “Wandering in Strange Lands: A Daughter of the Great Migration Reclaims Her Roots.” Morgan Jerkins takes readers through South Carolina and the Low Country as she embarks on a reverse migration to trace 300 years of her family’s history, much of which has been obscured by cultural erasure and lack of documentation. Through research and conversations about land displacement, spirituality, superstition and systemic violence, Jerkins examines not only her personal past but a complex history of the African American experience.

“Winter Counts,” by David Heska Wanbli Weiden, is a propulsive thriller set on South Dakota’s Rosebud Indian Reservation. While crime is the catalyst that drives the novel’s action, the story also explores issues of Native American identity, power and violence through complex and compelling characters. Weiden, an enrolled citizen of the Sicangu Lakota Nation, is an incredible storyteller, and I could not put this book down.

I’ve long been a fan of Margaret Renkl’s elegant writing and how she uses the natural world as a lens through which to explore interpersonal relationships. Her new collection “Late Migrations: A Natural History of Love and Loss,” is part memoir, part nature journal and includes exquisite illustrations by the author’s brother, collage artist Billy Renkl. In a series of essays, Renkl poignantly weaves together observations about the cycles of nature viewed from her Nashville backyard with multigenerational stories of family, love and loss.

Set in the border town of Brownsville, Texas, “Where We Come From” by Oscar Cásares tells the story of Nina, who inadvertently becomes involved with human traffickers, her U.S.-born godson and an undocumented teen who is hiding in Nina’s backhouse. The novel explores immigration and identity, challenging the notion of what constitutes “home.”

Of all the books read for this project, “Erosion: Essays of Undoing” by Terry Tempest Williams focused most directly on political and environmental issues. In a series of essays, Williams challenges readers to take the long view. Erosion, here, applies not only to our natural world but to the body and mind. Williams, who splits her time between Utah and Massachusetts, where she teaches at Harvard Divinity School, makes the case for both our spiritual and environmental health and how the Trump administration’s policies have been a threat to both.

In her seventh novel for adults, National Medal of Arts winner Julia Alvarez explores aging, race and identity in rural Vermont. “Afterlife” is beautifully told from the point of view of a Dominican American widow, who in the midst of a family crisis questions whether to involve herself with helping an undocumented Mexican neighbor seeking shelter. I appreciated the book’s complicated characters for whom there are no easy answers.

Angie Kim’s debut novel, “Miracle Creek,” is a literary courtroom drama about a Korean immigrant family and a young single mother who is on trial for the death of her autistic son. Set in rural Virginia, the book explores themes of parental anxiety, privilege and racism. Kim draws from her own background as a trial lawyer, Korean immigrant and a parent of children with medical issues to construct a taut legal thriller.

The most compelling historical fiction are those stories that hold up a mirror to modern crisis. Jess Walter’s “The Cold Millions,” set in 1909 in his hometown of Spokane, Wash., does just that. The novel’s action revolves around labor and free speech conflicts, a corrupt government, violent protests and feelings of disenfranchisement. Sound familiar?

Mesha Maren’s gritty debut novel, “Sugar Run,” follows an Appalachian woman released from an 18-year prison sentence as she seeks refuge in her family’s cabin in the mountains of rural West Virginia. The protagonist’s strong connection to place drives a series of bad decisions as she attempts to rehabilitate a family and a neglected landscape.

Pulitzer Prize-winning author and playwright Ayad Akhtar centers his latest novel, “Homeland Elegies,” around an identity shaped by his own childhood growing up Muslim in Wisconsin. One particularly harrowing moment finds the narrator being pulled over by state police officers who believe him to be a terrorist suspect. He writes, “If all this sounds somewhat paranoid, I am happy for you. Clearly you have not been beset by daily worries of being perceived — and therefore treated — as a foe of the republic rather than a member of it.” At once gripping and destabilizing, Akhtar explores the political discourse following the 9/11 attacks through the 2016 election.

“Can wealth solve the very problems wealth creates?” asks Justin Farrell in “Billionaire Wilderness: The Ultra-Wealthy and the Unmaking of the American West.” The Yale sociologist offers a fascinating look at the intersection of extreme wealth, philanthropy and conservation in Teton County, Wyo. — the richest county in the U.S. — at the expense of a disappearing middle class. Farrell interviews tech chief executives, Wall Street financiers and oil magnates who are buying up pristine land in Wyoming in the name of conservation to further increase their wealth. We also hear from local activists and Latino working-class residents who are being displaced and priced out of living in the region.

Jaquira Díaz’s stunning memoir “Ordinary Girls” outlines a childhood marked by trauma and instability, growing up in housing projects in Puerto Rico, with a schizophrenic mother and her father dealing drugs to get by. Her father ultimately moves the family to Miami to find lawful work, but the family continues to struggle with poverty and violence. Díaz chronicles what it takes to turn her life around, culminating in a return to Puerto Rico.

Rather than look to politics to explore the nation’s capital, I picked up Michele Harper’s memoir, “The Beauty in Breaking.” Harper is a Black ER doctor who was raised in an affluent neighborhood of Washington, D.C., and chronicles violence and trauma with an abusive father. In poignant and inspiring snapshots, Harper looks to how her childhood sets her up for becoming an ER doctor and how a life of service to others teaches her how to heal herself. This book was particularly uplifting as we read headlines about the pandemic and hospital conditions and the sacrifice and heroism of our medical community.

Having reached the conclusion of my reading project in December, or so I thought, the first book I read in 2021 ended up being the most important book I’ve read in years. “Just Us: An American Conversation,” by Claudia Rankine is a collage of essays, poems, social media posts and historical documents. Rankine shares difficult conversations about race and inequity in America with friends, with strangers and some simply overheard. The book offers no easy solutions but challenges us to examine ourselves and our place in the American conversation. She writes, “Justice” cannot happen without “just us.”

A former editor at The Times, John Fogarty teaches writing and journalism at USC Annenberg.