A month after the Duke and Duchess of Sussex’s interview with Oprah Winfrey, Piers Morgan still doesn’t believe much of what came out of the former Meghan Markle’s mouth.

That’s what he told Fox News’ Tucker Carlson on Monday in his first interview since quitting his job at “Good Morning Britain” last month. And he believes his bosses at the TV show let him down.

Morgan noted that, ironically, the day he left “GMB” was the first day the show bested the BBC’s morning offerings, having tripled its ratings over the past five years.

“You might have thought people might be thanking me,” the 56-year-old said. “Instead I was basically corralled into a position where I was told, you either got to apologize for effectively disbelieving Meghan Markle, or you’ve got to leave.”

Morgan, who had returned to the “GMB” set that day after walking off amid a conversation with colleague Alex Beresford, chose not to continue his employment.

“I was gonna be damned if I was going to apologize for something that I believe,” he said, noting that he’d seen too many people pay the price after being “bullied by the woke brigade” into apologizing — including his friend and defender Sharon Osbourne, who recently parted ways with CBS’ “The Talk.”

“Sharon had to apologize for her passionate defense of me, and then she lost her job anyway,” he said.

U.K. communications regulatory agency Ofcom received a record number of complaints after Morgan questioned Meghan’s assertion that agents of the royal family refused to get help for her when she was feeling suicidal, allegedly telling her it would be bad for the royal brand. The duchess was among those who complained; Morgan has since clarified his beliefs about mental health.

Morgan said that since leaving “Good Morning Britain” he has had plenty of time to think about and analyze what the former royals said in their interview and to read analysis of it, and his mind was unchanged.

“I still don’t believe what they were saying,” he said. “And in particular, I don’t believe what Meghan Markle said — 17 different claims by the pair of them have now been proven to be either completely untrue or massively exaggerated or unprovable. And I don’t understand really why I should have to believe people who are not telling the truth.”

The claims that have been disproven include the couple’s assertion about a secret backyard wedding in advance of the official one and Meghan’s statement that she hadn’t seen half-sister Samantha Markle in 20 years. Also, claims about Archie’s birthright to be a prince and his right to 24/7 security — despite his parents no longer being working royals — were debunked.

Morgan has also questioned, among other things, the couple’s claim that there is racism in the royal family.

“The queen is not a racist, and yet here we have Meghan Markle with the support of the queen’s grandson directly accusing the queen because she makes these decisions of being racist and stopping that boy becoming a prince because of his skin color. And many millions of Americans have simply accepted this to be fact because Oprah Winfrey didn’t challenge that presumption. Oprah didn’t know that this couldn’t possibly be true,” Morgan told Carlson.

The Daily Mail editor-at-large said his big problem with Meghan and Harry’s interview was that damaging allegations were not challenged properly after they were presented.

Morgan, who vigorously defended Queen Elizabeth’s performance in her 68 years on the throne, said he has received overwhelming support in his home country. He also alleged there is “a lot of anger building in Britain towards what happened in that interview, towards the very ugly smearing of our queen.”

After the “GMB” dust-up, Morgan said, he went for a long walk around West London and found himself wishing he could talk to his late manager, who died several years ago.

“I kind of, you know, was trying to think what he would be telling me,” he said. “And I knew what he’d be telling me, and it was, trust your gut. What does your gut tell you about this? And my gut was I’m — I was going to be damned if I was going to apologize for something that I believe, and I just wasn’t going to go down that road.”

“It’s got to be the bosses of companies to stand firm when the mob comes and bays for blood and says you’ve got to get rid of this person, he’s a racist, he doesn’t believe Meghan Markle …,” he said. “Bosses have to stand firm. And if they don’t, this will get worse and worse and worse. But the best way to treat a bully, sometimes you have to smack them back in the nose.

“And,” he noted, “I’m talking metaphorically.”

The “Tucker Carlson Today” interview can be seen in full on the Fox Nation subscription service. 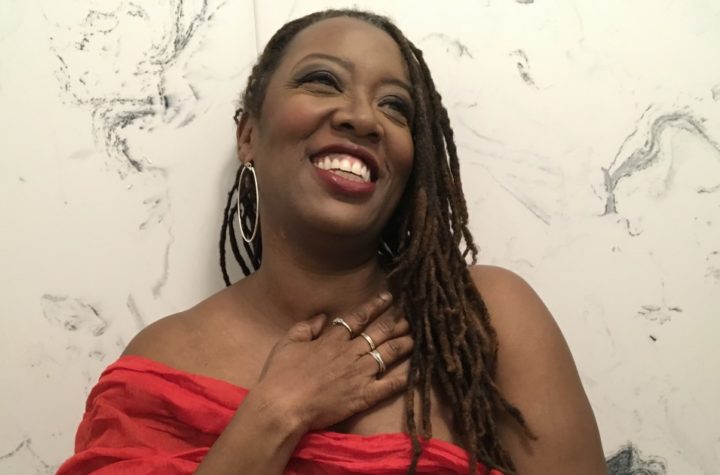