From his first appearance in 1990’s “Devil in a Blue Dress,” Detective Easy Rawlins turned the Black presence in crime fiction on its ear. And while his creator, Walter Mosley, went on to write more than 50 books across numerous genres, Rawlins is the greatest contributor to Los Angeles’ literary culture and its native son’s repute.

Fifteen books into the series, “Blood Grove” finds Easy in the summer of 1969, pushing 50, a licensed P.I. with an office at Pico and Robertson boulevards. He’s visited there by a shell-shocked Vietnam War vet who wants Easy to determine whether he actually stabbed a Black man who was beating a white woman in a blood orange grove and to make sure the woman survived. Easy’s search will take him to an ad hoc veterans’ bar, a sex club, an insurance conglomerate, gangster’s lair, construction company and homes not on the L.A. social register. The novel also reunites Easy with many of the Mosley Universe’s everyday heroes, including longtime friend Jackson Blue, war hero Christmas Black, past protagonist Fearless Jones and even the lethal Rufus Tyler, a.k.a. “Charcoal Joe,” eponymous hero of the most recent Rawlins mystery.

The violence and racism Easy and his sidekicks encounter in these far-flung locations is balanced by an idyllic home life in the hills above Sunset Boulevard with his adopted daughter, Feather, now a blossoming teen. But even that peace is threatened when a young man arrives claiming to be Feather’s long-lost uncle — and exposing in Easy a vulnerability as touching as it is uncharacteristic of Black male stereotypes of the era, “One Night in Miami” notwithstanding.

Easy is increasingly philosophical about his adventures, but the flashbacks to Word War II, his childhood in Texas and earlier cases make it harder to track the proceedings. Yet as this case nears its convoluted conclusion, Easy is crystal clear on one thing — that despite the upheavals of 1969, some things don’t change when it comes to race and crime: “If you were innocent enough, or ignorant enough, you might have believed that things were improving in such a way that all Americans could expect a fair shake. But of my many flaws, neither ignorance nor innocence played a part.”

A Glimmer of Death
By Valerie Wilson Wesley
Kensington: 240 pages, $16

One of the more prolific Black crime writers to emerge in Mosley’s wake is Valerie Wilson Wesley. A former Essence magazine executive editor, Wesley has previously written eight mysteries featuring Tamara Hayle, a wisecracking P.I. who’s also a single mother. After a long hiatus comes “A Glimmer of Death,” the first in a very different series starring Odessa Jones, a recently widowed caterer in the fictional town of Grovesville, N.J., a couple of commuter train stops from Manhattan.

Still grieving, Jones (who goes by Dessa) decides to make some quick cash selling real estate. Too bad she picked Risko Realty, presided over by Charlie Risko, a mullet-sporting second-generation owner who rewards top performers with cold duck and losers with a growl. “He was also known to take out his .38” during meetings, Dessa notes, “and playfully place it on his desk beside his motorcycle helmet, deerskin gloves, and latest issue of ‘Swank’ magazine.” Risko abuses everyone in the office — long-suffering employees; a washed-up former girlfriend he snidely calls a Studebaker; even his much younger wife, Tanya. Before you can say “male chauvinist pig,” Risko is murdered in his own office. Another Realtor, Harley Wilde, a Black Afghanistan war vet with PTSD, is arrested for the crime.

Dessa decides to find out who really killed Risko, aided by her gift for seeing auras or “glimmers” that appear when certain people enter her space. Her search reveals the secrets of every employee in the office, all of whom had a reason to want Risko dead.

While Dessa’s amateur sleuthing may lack the philosophical heft of an Easy Rawlins case, there’s crispness in Wesley’s plotting and sparkle in the supporting characters, notably Dessa’s feisty, elderly aunts — both possessed of extrasensory gifts — and a possible love interest in ex-cop Lennox Royal. There’s also something oddly comforting about a Black woman in fiction who isn’t weighed down by societal pathology and who can appreciate a good glass of Merlot and reruns of “Downton Abbey” as much the next woman. In between heavier mystery fare, this unicorn of a Black cozy is a welcome palate cleanser.

The Consequences of Fear
By Jacqueline Winspear
Harper Collins; 339 pages; $27.99

Over 16 novels spanning three decades, Winspear’s Maisie Dobbs has lived. In real life, her quiet bravery, compassion and dogged pursuit of the truth would have made her one of the Greatest Generation, a lesson in survival under the grimmest circumstances.

The lessons are hard-won in “The Consequences of Fear,” set in the fall of 1941 but no less relevant today. England’s on the brink of collapse, having taken the brunt of the damage in the war against the Nazis, from the losses at Dunkirk, France, to unrelenting Luftwaffe raids at home. Rallied by Winston Churchill, every British subject aims to do “their bit” to help — even teenaged Freddie Hackett, a message runner through bomb-ravaged London between the clandestine offices of the Special Operations Executive and Allied operatives throughout the city. One night, Hackett spies two men fighting; one is stabbed through the heart. Frightened witless, Freddie manages to deliver his assigned message to the home of a man he believes is the murderer. Not knowing whom to confide in, Freddie comes to Dobbs, a friendly face on his route.

Compassionate as always, Dobbs takes on the task of investigating Freddie’s claim, juggling it among her roles interviewing prospective resistance agents for the SOE, caring for her adopted daughter and managing her growing attraction to an American at the U.S. Embassy with his own clandestine missions.

When Dobbs comes face to face with a surprising suspect, Robbie MacFarlane, her superior at SOE, warns her off the case. But as she persists and the dangers grow, she begins to question McFarlane’s motives — and her own, when it comes to the American she’s grown to love.

While fans and newcomers to the series will root for Dobbs and the other well-drawn characters, even their triumphs are overshadowed by dread for what lies ahead. But the book’s greatest lesson of all is not to shrink from fear but to harness it — or as Maisie says: “We take the energy produced inside us by the act of being scared, and we use it to propel us forward.”

In their 36th outing, LAPD psychologist Alex Delaware and Lt. Milo Sturgis investigate a 36-year-old cold case. A 40-year-old athleisure wear founder has pulled strings to get Sturgis assigned to investigate the suspicious death of a mother she can barely remember. While Kellerman’s sharp-eyed assessment of the region and its inhabitants impresses, it is the bantering bromance between the shrink and the cop that lingers.

Intrepid Ghanaian P.I. Emma Djan and her all-male colleagues at the Yemo Sowah Agency investigate the murder of fashion designer Lady Araba Tagoe, head of a self-made fashion empire. Set in the lavish Trasacco Valley — the Beverly Hills of Accra, Ghana — the second in a series by Quartey, a Ghanaian-American retired physician based in Pasadena, skewers class, wealth, political maneuvering and corruption. 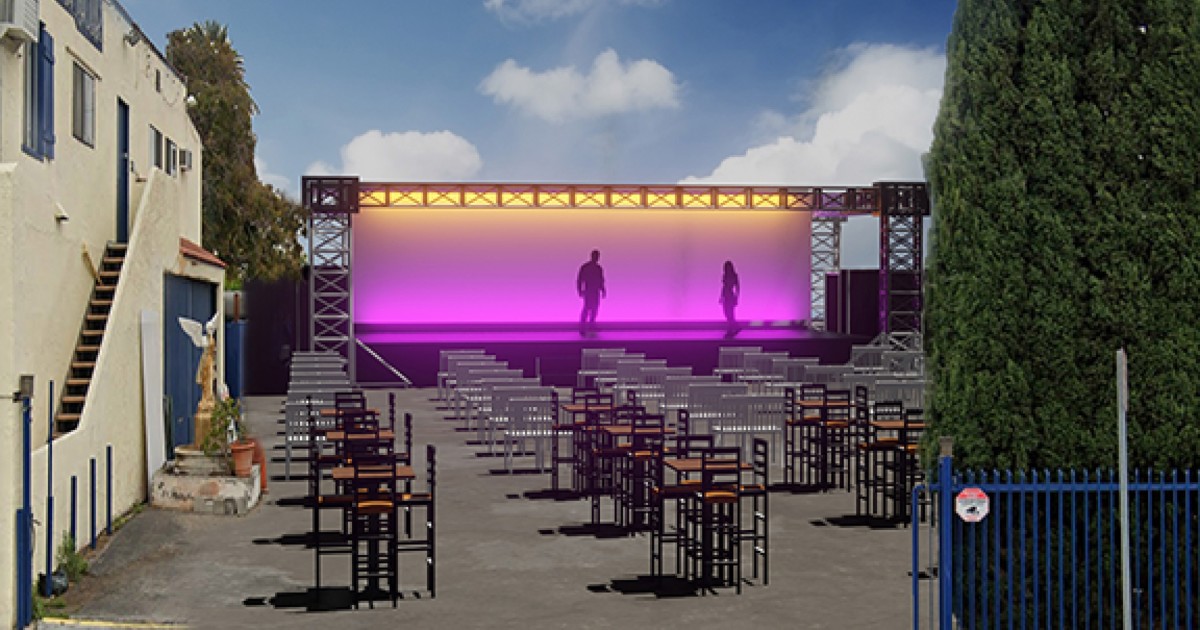 See the article :
California COVID rules will allow outdoor theater and music
California theater companies hoping to take a big step up out of…