As Justin Timberlake once said, “What goes around comes back around.”

The former ‘N Sync star is one of many figures who have come under scrutiny in the wake of FX’s buzzy new Britney Spears documentary. Released Friday, “Framing Britney Spears” lays bare the toxic ways in which Spears’ entertainment peers and the media mistreated her during her rise to fame in pop music.

Timberlake, who famously dated his fellow “Mickey Mouse Club” alum from 1999 to 2002, has emerged as a lightning rod from the film.

But the “Say Something” hitmaker isn’t the only celebrity whose reputation has taken a hit. This week, Spears’ supporters have been using the #WeAreSorryBritney hashtag on social media to collect video receipts and demand apologies.

The new wave of support for Spears in recent weeks aligns with a larger #FreeBritney campaign, which opposes the court-approved conservatorship that has long placed the 39-year-old recording artist under her father’s control. (A hearing is being held Thursday in Los Angeles as part of Spears’ ongoing battle to terminate the arrangement.)

From veteran journalist Diane Sawyer to comedian Sarah Silverman, here’s an abbreviated timeline list of the people fans are holding accountable as the #FreeBritney movement continues to grow.

After drawing sharp criticism for a 1999 interview in which he asked 17-year-old Spears about her breasts, Dutch TV host Niehe claimed the clip used in the documentary was taken out of context. See the article : Connie Chung dishes the dirt on Barbara Walters, Dan Rather.

In “Framing Britney Spears,” Niehe vaguely tells Spears that “everyone’s talking about” something. When a young Spears asks what that something is, Niehe responds, “Your breasts.”

“You seem to get furious when a talk-show host comes up with this subject,” he pressed as Spears smiled and laughed. In extended footage not seen in the doc, Niehe then asks Spears for her thoughts on breast implants “in general,” after rampant media speculation about her appearance.

“I think, if that’s what you wanna do and that would make you happy, then I see nothing wrong with it,” Spears said. “I haven’t done that, but I think it’s sad that people think I’ve done that. … Some of the fans that look up to me, they either think bad of me or they may wanna go out and do that.

“But that’s not my fault,” she added, “because the press started that. But if you wanna do that, that’s fine.”

Amid the renewed backlash, Niehe claimed the questions were meant “to give [Spears] a serious opportunity to react to all the commotion.”

“Britney was pleased to make extensive use of this,” he said recently in a statement, according to Dutch News. “That naturally did not suit the documentary makers, so they only used the one question, which was asked with great irony as we did not want to talk about it anyway.

“The atmosphere after the interview was good and her management was more than happy. It was a very sympathetic interview, and I have watched the whole thing again, to be sure.” 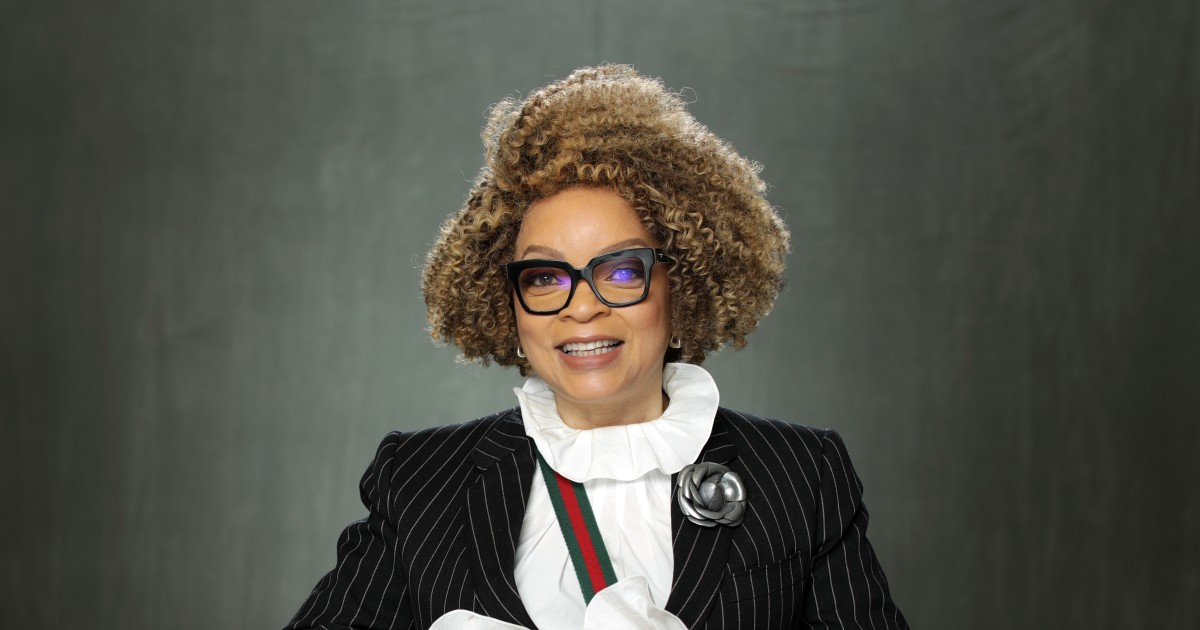 The new FX documentary makes the case that after their split in 2002, Timberlake deliberately painted Spears as an unfaithful villain in the press, culminating with the vindictive music video for his breakup single “Cry Me a River. This may interest you : Sundance Film Festival 2021: How to join virtual festival.”

“You told me you love me / Why did you leave me, all alone?” Timberlake sings in the video, which stars a blond actress who strongly resembles Spears. “The bridges were burned / Now it’s your turn to cry / Cry me a river.”

The doc also includes audio from a 2002 radio interview in which Timberlake casually revealed private details about the couple’s sex life. Needless to say, Spears fans were not pleased, recently flooding Timberlake’s social media with messages such as, “So when are you apologizing to Britney,” and, “To even begin to make up for all the damage you have done you must speak to help FREE BRITNEY.”

Reps for Timberlake did not respond Wednesday to The Times’ request for comment. 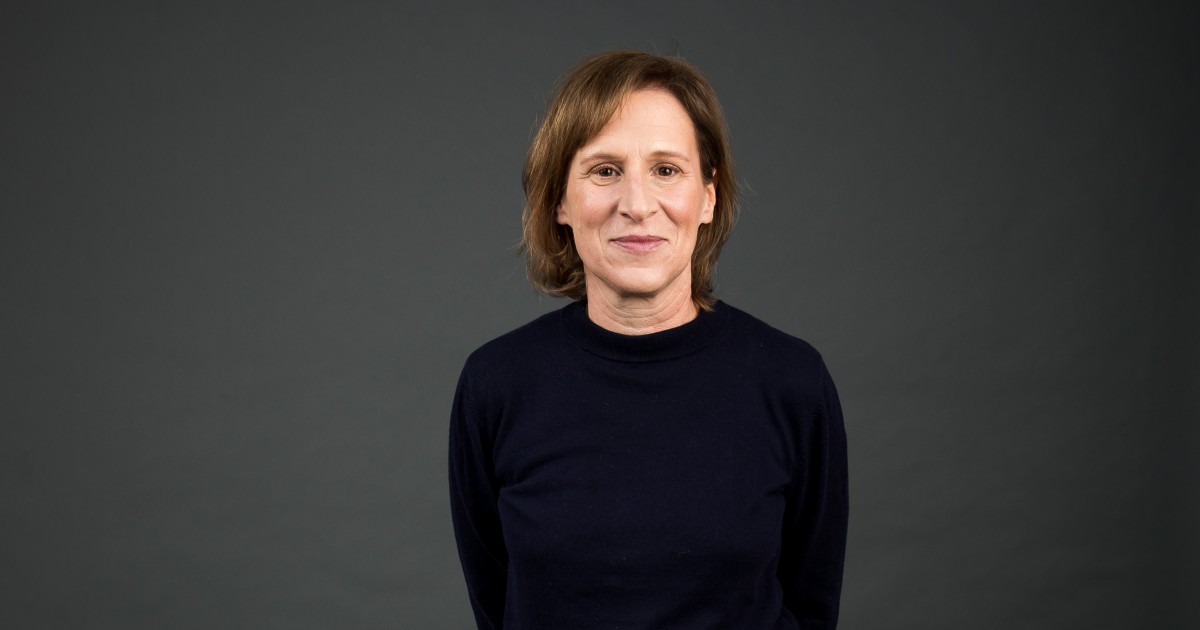 In 2003, Maryland’s then-first lady said during a conference on domestic violence that she would “shoot Britney Spears” if given the opportunity. To see also : ‘Friday the 13th’ horror franchise sparks fight over profits.

“I hate to say it, but … I’m raising a boy,” she continued beyond what was included in the documentary. “And I think, ‘Oh my goodness, what would I do if I had a daughter who is seeing these images … and it’s having peer pressure?’”

In response to Spears’ disciples who expressed their outrage on social media last week, Ehrlich tweeted a link to her 2003 apology for the remarks, which she claimed were “off-the-cuff and in jest.”

“That’s stupid when you’re in public life, and I should know better,” she added at the time. 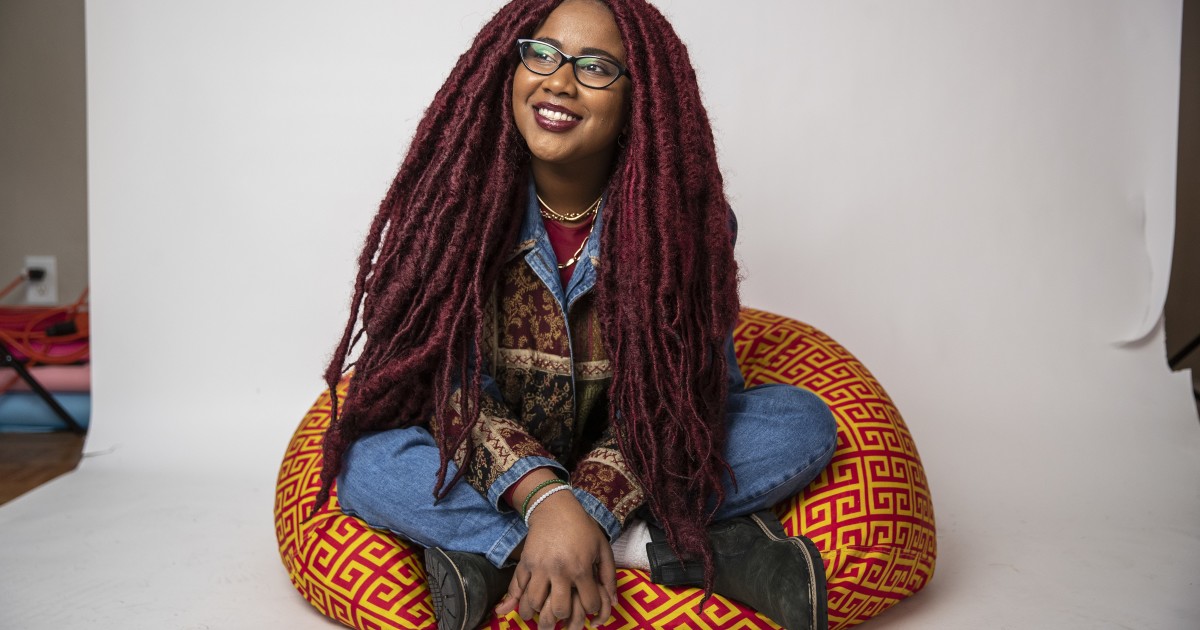 During an interview for ABC’s “Primetime Thursday,” Sawyer asked Spears about Ehrlich’s comments and implied they were justified “because of the example for kids and how hard it is to be a parent.”

“That’s really sad that she said that,” Spears said, as quoted in the documentary. “I’m not here to babysit her kids.”

At one point in the controversial interview — also shown in the doc — Sawyer blamed Spears for her breakup with Timberlake, prompting many on social media to accuse the journalist of perpetuating sexism and misogyny.

“I have to ask a couple of things about Justin,” Sawyer told Spears. “He has gone on television and pretty much said you broke his heart. You did something that caused him so much pain, so much suffering. What did you do?”

When probed generally by Sawyer about her “rough year” in the spotlight, Spears hit her breaking point and began to cry.

“I’m embarrassed,” she said through tears, as seen in the doc. “Can we stop this?”

Reps for Sawyer did not respond to The Times’ request for comment.

I wish I could delete it but I can’t. But you are posting it for people to see. So r u trying to be kind or right?

Not featured in the documentary are a string of insensitive jokes Silverman made following Spears’ performance at the 2007 MTV Video Music Awards. But that didn’t stop Spears fans from resurfacing the footage and coming for the comedian on Twitter.

On Sunday, Silverman admitted she wished she could “delete” the moment while defending herself on Twitter.

“I was known then 4 roasts,” Silverman wrote. “MTV asked me to mini-roast Britney after her big performance. “While she was performing I was having diarrhea & going over my jokes. Had no idea she didn’t kill. Unfortunate. Art changes over yrs as we know more & the world changes.”

@joelmchale what made you think this was okay? would you do this now knowing that if you did, you’d be cancelled? do you still think like this? what had Britney ever done to you to make you be this cruel? https://t.co/yK000VZ4Zr

Also excluded from the FX film is an MSNBC interview with “Community” actor McHale, who ridiculed Spears’ VMAs performance by making a number of cruel remarks about her mental health, voice and appearance.

“In Criss Angel’s original piece, it involved a lot of mirrors, and when Britney was rehearsing the song, she kept stopping it and saying, ‘Who hired the fat girl?’” McHale said, before suggesting that Spears did not have access to a “dietitian, personal trainer, psychologist, clothing stylist, makeup artist, nanny — I can keep going — actual musician, songwriter.”

McHale made the comments on MSNBC’s “Countdown With Keith Olbermann,” which sees the host and his rotating guests break down five news stories of the day. A rep for McHale did not respond to The Times’ request for comment.

One incident prominently featured in the FX project was a 2008 episode of “Family Feud,” in which host O’Hurley challenged contestants to “name something Britney Spears has lost in the past year.”

Among the accepted answers were “her husband,” “her hair,” “her mind,” “respect/dignity,” “weight,” “her fans” and “her children.” Suffice to say the segment did not age well and has been widely condemned since the documentary aired.

O’Hurley’s reps didn’t comment further when reached by The Times.

Now let’s address the time Shawn Mendes took advantage and made fun of one of Britney’s most fragile moments of her life! I believe it’s long overdue that he should have the decency to apology!💔

WE ARE SORRY BRITNEY!🌹 pic.twitter.com/xsVnokp99t

Spears fans also have resurrected a radio interview during which singer-songwriter Mendes acted out the “Circus” artist shaving her head while playing a guessing game with the hosts to promote his 2015 album, “Handwritten.”

“Now let’s address the time Shawn Mendes took advantage and made fun of one of Britney’s most fragile moments of her life!” one person wrote in a tweet that has amassed more than 500 likes. “I believe it’s long overdue that he should have the decency to [apologize]!”

Reps for Mendes did not respond to The Times’ request for comment.

While appearing on “Larry King Now,” comedian Griffin took a dig at Spears’ mental well-being, suggesting that “she’s not all there” and asking King if he was able to get “through to her in a way that her doctors couldn’t.”

King, who died last month at age 87, was not having it.

“So, what’s your point?” he repeatedly asked Griffin, forcing the comic to move on.

Spears fans also recently recirculated footage from one of Griffin’s old stand-up routines, during which the actress joked that she was “jealous” of Spears being wheeled away by “hunky” emergency responders on a gurney after the pop star was hospitalized for mental health issues in 2008.

“We saw the whole breakdown, the whole Britney on the gurney,” she said. “Do you believe that s—?”

In an email statement provided Thursday to The Times, Griffin said she’s “a big fan of Britney‘s,” as well as of “most of the people I poke fun at in my act.” She added that she was “moved” and “haunted” by the FX documentary, which she called “fantastic.”

“Truth is, we didn’t know what we didn’t know in those days,” she said. “I typically described my own interactions with Britney over the years. I first met her when she was 16 years old and she was opening for ’N SYNC on tour. I would run into her occasionally over the years, and her behavior did seem to change rather dramatically.”

“It’s called taking care of my mental health,” she told Seacrest. “I haven’t shaved my head yet.”

Later that night, when prompted by CBS about her new blond hairstyle, Perry alluded to Spears again, saying, “The only thing I have left to do is shave my head, which I’m really saving for a public breakdown.”

Perry has since addressed her past remarks in a 2020 interview with the Guardian:

“Anyone in this intense a spotlight, they understand that the tightrope just gets tighter and smaller, and that with one word, one costume malfunction, it can all blow up,” she said.

“I have used that as a mechanism for coping and for my own fear, and have said things that have been sloppy or insensitive.”