In Robert Lloyd’s appreciation of Larry King [“Larry King’s Job? To Be Curious,” Jan. 25], he mentions that King liked to ask “dumb” questions. The art of his style, and the reason he was so universally popular, was that King listened to the answers. Too many know-it-all talk-show hosts like to do all the talking.

I trained student-tutors at Pasadena City College for 30 years; when we covered the importance of listening, I always quoted King, who said, “I never learned anything while I was talking. To see also : Why were these celebs called out in Trump impeachment vote?.”

Robert Lloyd’s Larry King piece was the best I’ve seen — it really got to the nub of what made him good, and popular. Great comparison with Craig Ferguson — I had forgotten how good those conversations between them were.

It was also nice that it didn’t dismiss or ignore his post-CNN work, as others have.

It touched on his colorful life but didn’t overemphasize it at the expense of understanding what made him tick. I understood him better after reading this remembrance, which is more than I can say for some of the other writers at quality outlets. 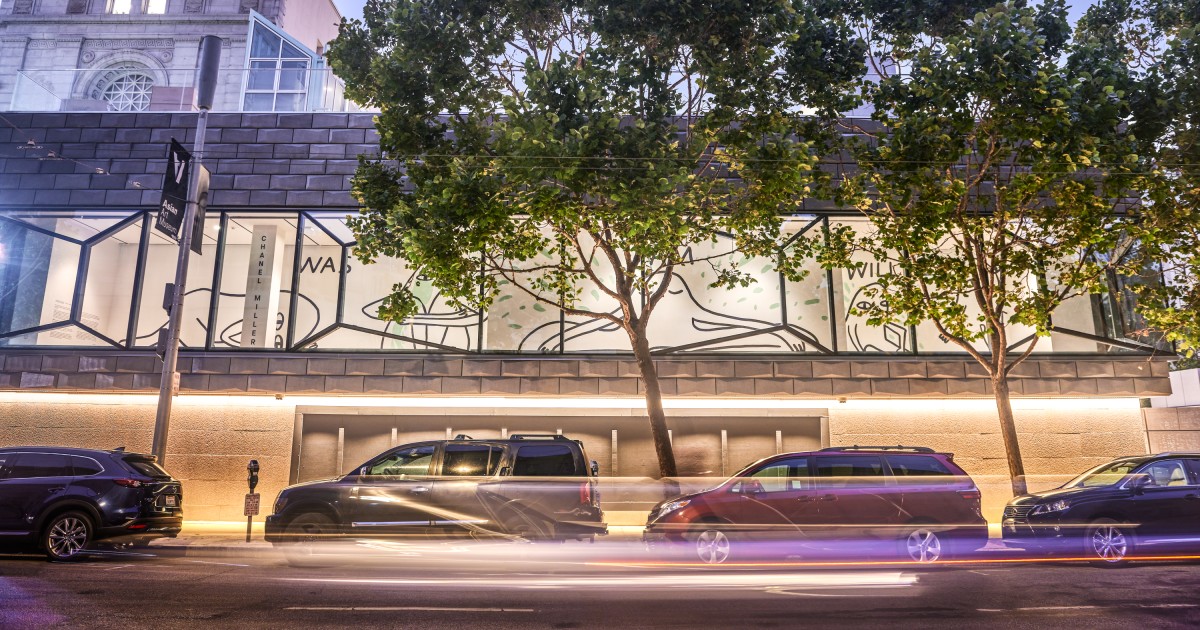 This may interest you :
California museums are starting to reopen. Here’s the list
After the daily count of new COVID cases plummeted in California, more…

Regarding Jessica Gelt’s article “Above the Music, Raised Voices” [Jan. 24]: This has got to be one of the most absurd outcomes ever. A record company shuts down because some of the acts they record engaged in sexually inappropriate behavior.

I guess Atlantic Records should be resigned to the same dustbin as Burger Records because of all the outrageous partying Led Zeppelin did back in the ’70s. Warner Music should be shut down for the antics of Black Sabbath. This may interest you : What’s on TV Thursday: New Year’s specials; UCLA basketball. Guns N’ Roses, Poison, The Who, The Stones and dozens of other bands are guilty of leading a hedonistic lifestyle on the road as well. Political correctness demands that it is way past time to shutter all those major music labels.

Going after the record label for acts the artist is guilty of committing makes as much sense as suing GMC because a drunk driver was driving a Chevy.

All that Casey Redd and the other women who went after Burger Records were interested in is revenge, not justice.

Today’s culture lacks the intelligence to distinguish between the two.

Setting the tone for a new era

Regarding Lorraine Ali’s review of the presidential inauguration, “Poignant Ceremony Hints at Hope” [Jan. 21]: Sincerity is the tone that President Biden’s inaugural address has set for the nation. Mr. Biden’s authenticity, his decades of experience in government and his heartfelt goal of healing the wounds of our pained nation are ambitious but unifying aspirations. 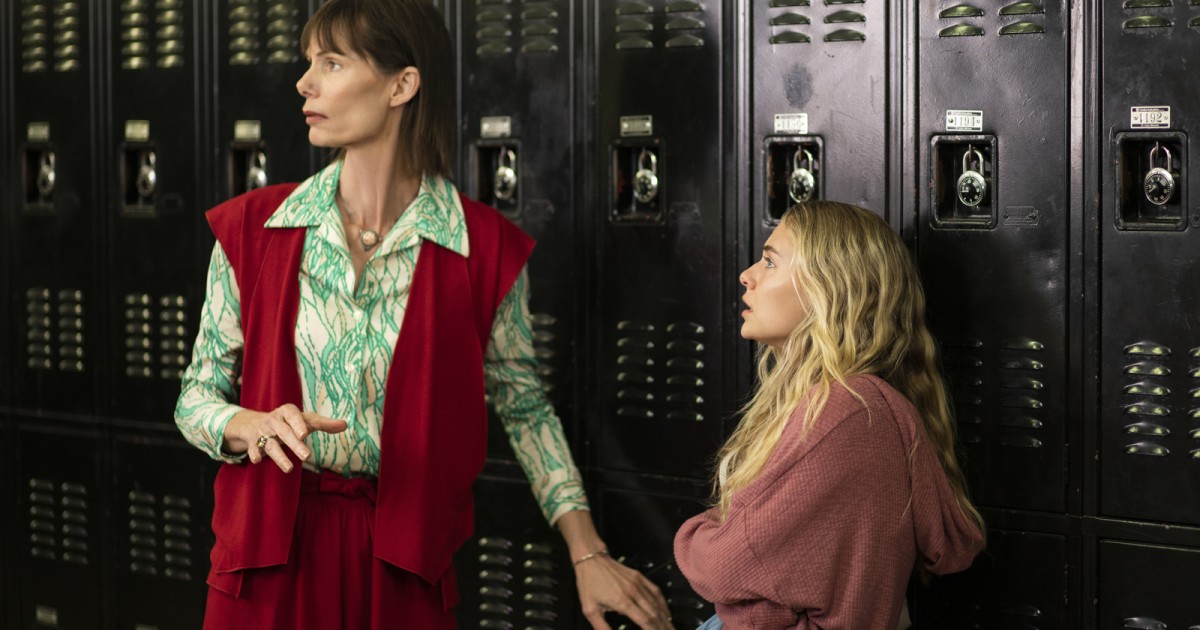 Read also :
‘Fear of Rain’ review: Madison Iseman stars in thriller
The Times is committed to reviewing theatrical film releases during the COVID-19…

Regarding Lorraine Ali’s Fox News story [“Consequences of the Big Lie,” Jan. 20]: Why is the mainstream media so afraid of Fox News? Is it because it’s the only channel where 74 million Americans feel that they can get some semblance of the truth about what’s actually going on in this country? And without a self-righteous liberal slant?

Fox News may be experiencing a postelection letdown due to Trump’s defeat and his weird refusal to concede. This may interest you : What’s on TV: ‘Christmas Story,’ ‘Wonder Woman,’ Gal Gadot. But if the mainstream media thinks that the Fox News viewers have “seen the light” and will come back and join them in a liberal celebration of the defeat of the tyrant Trump, they are badly mistaken.

In 2019, Lachlan Murdoch, Fox News’ chief executive, purchased a $150 million residence in Bel-Air, which was the second-largest residential sale in America at the time.

Should this be considered “blood money”?

Fox News and other highly biased media continually spout partisan propaganda that uses lies, improper context, hate, fear and inflammatory rhetoric to divide our country for personal gain. They share the blame with Trump in inciting the politically inspired violence in America.

Is the Murdoch family proud to manipulate the people of America to increase its obscene wealth? Its “sham” entertainment posing as news is significantly harming this country.

They are promoting autocracy over democracy.

For better and worse I am a voracious consumer of broadcast media as a function of the many hours behind the wheel my job requires and my satellite radio subscription. I consider myself a progressively leaning libertarian so I listen to radio programs across the political spectrum, from Sean Hannity and Rush Limbaugh to NPR and BBC, CNN and MSNBC, with a little Howard Stern thrown in for good measure.

Every one of these outlets occasionally conflates fact and opinion but it seems to me that Fox News does so deliberately and consistently.

I support free speech and I’m no constitutional professor but even I know that yelling “Fire” in a crowded theater is not protected by the 1st Amendment, if there is no fire.

Kudos to Lorraine Ali for calling out the complicity of Fox’s on-air personalities for so forcefully circulating the latest “Big Lie,” and all the lies that came before it, that helped incite the attack at the Capitol and contributed so much to the division we now see in our country.

These despicable people may or may not be criminally liable for the insurrection on Jan. 6, but they certainly need to own their actions and know that history will not judge them lightly.

Thank you to Lorraine Ali for the middle-finger salute to your readers. Her hate is clear.

The Times is in deep decline as readers look for balanced news and entertainment.

Nice summary of Fox News over the past four years. Only one problem, as I see it, is that anyone who was watching Fox News and its band of commentators during that time period will continue to believe what they heard was, and is, the truth.

I really don’t know how those people (and by extension, those who believe the opposite) can be made to hear and recognize what is the truth and what is false.

Thanks for your opinion. When the media are controlled by “social media behemoths” Facebook, Twitter, YouTube, Amazon and the like and refuse to let those with opposing views be heard, they’re creating a dangerous situation.

Look at third-world countries that have done it. I understand you’re a TV critic, but before blaming Trump media supporters, you might want to read the 1st Amendment to the U.S. Constitution dealing with freedom of speech.

Regarding Mikael Wood’s review of the musical performances by Lady Gaga and Jennifer Lopez at the Biden inauguration [“Gaga, J. Lo Puttin’ on the Glitz,” Jan. 21]: His reviews touched on but mostly missed what I saw and felt.

He writes that Lady Gaga delivered a “Broadway diva vibe as she belted the national anthem.” That isn’t what I heard. For me, she sang most of it softly and very slowly, giving illuminating meaning to the lyrics, her hands and arms appropriately assisting. I felt warmth and fond patriotism as she sang “gave proof through the night that our flag was still there … the land of the free … home of the brave.”

She didn’t milk the ending. Her never-before-seen-at-an-inaugural (and totally silly) enormous bouffant skirt was as wondrously unique as Aretha’s beautiful (not silly at all) bow-tied hat at Obama’s first inaugural.

Wood wrote Jennifer Lopez performed “in a kind of high-Disney mode, milking each note … took some liberties with her phrasing and tempo…”

For him, maybe. For me, slowed way down, she made me feel the strength and love in the simple phrases “This land is your land, this land is my land … made for you and me.” Surprising. Wonderful.

What about Garth Brooks? Not mentioned but equally touching, singing the hymn “Amazing Grace,” arguably inappropriate for many Americans (as were the invocations and benedictions). Never mind. He ended with a last-chorus sing-along. Probably a first — a nice one — for a presidential inaugural. My wife and I sang along as Garth requested.

I was listening with my heart.

A passion for art

Deborah Vankin’s plaudits expressed for “Mr. Wash’s” prison art are well founded [“Lost and Found,” Jan. 26]. But characterizing the spare time allowed for painting in the jail’s hobby shop as a hardship belies how he became a skilled artist.

Washington followed “the artistic process,” which acknowledges that one gets more creative because of a daily focus on one’s passion, however brief. Despite the privations of prison, Washington’s opportunity to focus daily on his artistic vision can be seen as a seminal gift.

In his otherwise excellent article [“A Botticelli for the Modern Eye,” Jan. 22], Christopher Knight writes that the gaze of the young man who is the subject of a masterpiece by Sandro Botticelli is “more Jared Kushner than Giuliano de’ Medici.” I was happily reading the article this morning until I came upon this very strange comparison.

We apparently know nothing about the subject of this painting, yet Knight chooses to compare his gaze with that of one of the most notorious members of the Trump menagerie.

Why reference Kushner at all in the context of a discussion of a masterpiece that has nothing whatsoever to do with him?

We have had to endure Kushner for too long; we don’t need to associate him in any way with the history of art.

I am writing in regards to Carolina A. Miranda’s column [“Monumentally Bad Trump Idea,” Jan. 20], which claims that Christopher Columbus “never set foot on land that would become U.S. territory.”

As much as I enjoyed the piece, it should be mentioned that during his second voyage, in 1493, Columbus did land in Puerto Rico, which has been a U.S. territory since 1898.