Author Lisa See spied something that piqued her curiosity while leafing through a magazine at a doctor’s office. It was a short article about the haenyeo, a subculture of free divers on the Korean island of Jeju. These hardy women are legendary for venturing into the ocean depths without breathing equipment to search for shellfish and other seafood.

“It was just one paragraph and a small photo,” See recalls in a telephone interview. “But I just ripped that out of the magazine and brought it home with me. I knew that one day I would write about them.”

That germ of an idea a decade ago led to See’s bestselling historical novel “The Island of Sea Women,” which depicts the perilous lives and troubled friendship of two members of the haenyeo over a span of eight decades. See joins the L.A. Times Book Club Jan. 25 to discuss her latest book.

The daughter of author and writing teacher Carolyn See, Lisa See burst onto the literary scene in 1995 with “On Gold Mountain,” a nonfiction account of the Chinese immigrant side of her family and her great-grandfather’s rise to become a celebrated figure in Los Angeles’ Chinatown. Since then she’s written a string of historical novels that focus on the experiences and struggles of Asian women.

She says “The Island of Sea Women” has taken on a different meaning for many readers as the result of the COVID-19 pandemic and other recent events. When the book was published in 2019, See recalls that audiences at book events asked about the divers’ astonishing endurance and physical daring. Since the pandemic, however, the novel’s newer fans have focused more on the psychological resilience, courage and persistence that the women needed to survive in a tumultuous era that includes 1930s Japanese occupation, World War II, and violent repression by South Korea’s regime in the late 1940s and early 1950s.

“The people on the island of Jeju, and in Korea in general, really went through just a lot,” See says. “We’re so lucky as a country that in our lifetimes we’ve never had a war on our soil. But now, with the pandemic, we’re living in a moment of uncertainty too.”

See notes that historical fiction offers readers an opportunity to escape from their real-life troubles and immerse themselves in possibly unfamiliar worlds. In “The Island of Sea Women,” she explores a unique culture where women go to the sea daily while men stay home to care for children. See depicts this world in vivid, sensuous detail, including the foods eaten by villagers, the songs sung by the divers and the rites by a female shaman who channels the voices of the dead. “When none of us can travel, there’s something pretty nice about reading a book that takes place in another country. Or has a different culture from what you have within the four walls of your house,” she says.

Turning her initial inspiration into a novel was a long, arduous process. For years, as See wrote other books, she spent spare moments perusing library shelves at UCLA and poking around on the internet, trying to learn more about the women divers. “Some of the earliest things … were scientific studies related to their ability to withstand cold,” she says. “I found that stuff fascinating.”

The book moved to the top of her to-do list about four years ago, after the United Nations Educational, Scientific and Cultural Organization (UNESCO) placed Jeju’s haenyeo on its list of important parts of humanity’s cultural heritage. “Part of the reason was that they were anticipating that in 15 years this culture was going to disappear,” See says.

With fewer young women taking up diving, the remaining haenyeo often are older women, some in their 70s and 80s. See, who wanted to begin her story in the 1930s during the Japanese occupation of Korea, realized she needed to hurry while it was still possible to meet the divers who lived though that era.

She read every article and book she could find on the haenyeo and the history of Jeju, and talked with scores of experts, from researchers to a woman who collected the songs the divers sang. She learned the nuances of the local diet, had a clothing designer demonstrate the dyeing of fabric with juice from persimmon fruit and spent time with a local shaman.

See traveled to Korea and met with some of the women in their homes on Jeju. “They were very open about their marriages, how they thought about their husbands, and how they felt about the dangers of the work,” she says.

In one instance, See spoke with a woman in her 90s who, like the character Mi-ja in the novel, was the daughter of a Japanese collaborator. The woman declined to take any breaks and reminisced for eight hours straight. Afterward, the woman’s daughter told the author that “I’ve learned more about my mother today than I had learned in my entire life.”

See also went to the beach to meet divers who were going into the sea or coming out after a day’s work. Those interviews were a bigger challenge. “They’re working women, and they’re also very loud, since their ears have been damaged,” she says. “Sometimes, they’d say, ‘Go away! I’m busy!’ But others said, ‘Sure.’” Those conversations were much shorter, from five minutes to a half hour. But sometimes you can get a lot out of a short interview.”

One woman, for example, boasted about her abilities. “She told me, ‘I was so good under the sea, I could cook a meal there,’” See recalls. The author liked that line so much that her character Young-sook utters it in the novel.

See used multiple interviews to verify the facts she weaved into her fiction. One haenyeo who was the mother of nine children, for example, told See that she liked to dive off Vladivostok in the winter while she was pregnant because the cold water eased her aches and pains. “I thought maybe she was pulling my leg,” See recalls. “That cannot be true.” But when she interviewed other women who had worked along the then-Soviet coast, “over and over again, they told me the same thing.”

The extensive interviewing also helped See with what she says was the most challenging part of writing the novel — accurately conveying the experience of venturing into the ocean depths, despite not being a diver herself. “It is a different world. Everything is different. It’s not just that you can’t breathe. It’s how things move, the currents, what it looks like, how light filters down … it’s like writing about outer space.”

When it came to getting people to talk about the late 1940s political violence in South Korea, a subject the country’s former authoritarian regime suppressed for decades, See had tougher going. She relied upon an investigative commission’s 2003 report and managed to interview one witness, an elderly poet who had watched the slaughter of all the boys and men in his village. “He was the only one who talked openly,” See says.

Her character Young-sook’s inner struggle to cope with traumatic experiences during the repression, and her anger at what she sees as a personal betrayal, gave See an opportunity to explore a theme she had touched upon in previous novels — the importance of forgiveness and the struggle to achieve it.

The author says she thinks that theme resonates even more at a time when America is so deeply divided politically. While people tend to see forgiveness as self-sacrifice — “I’ll forgive you for the sake of family or for the sake of country” — See says that psychological research shows it’s actually an act of self-preservation.

“The Island of Sea Women” conveys that message. “For whatever it is — from an argument with a husband to a world war, and everything in between — the moment of letting go of the terrible thing that happened, that’s when you’re no longer a prisoner of the past,” she says. “It allows you to move forward.” 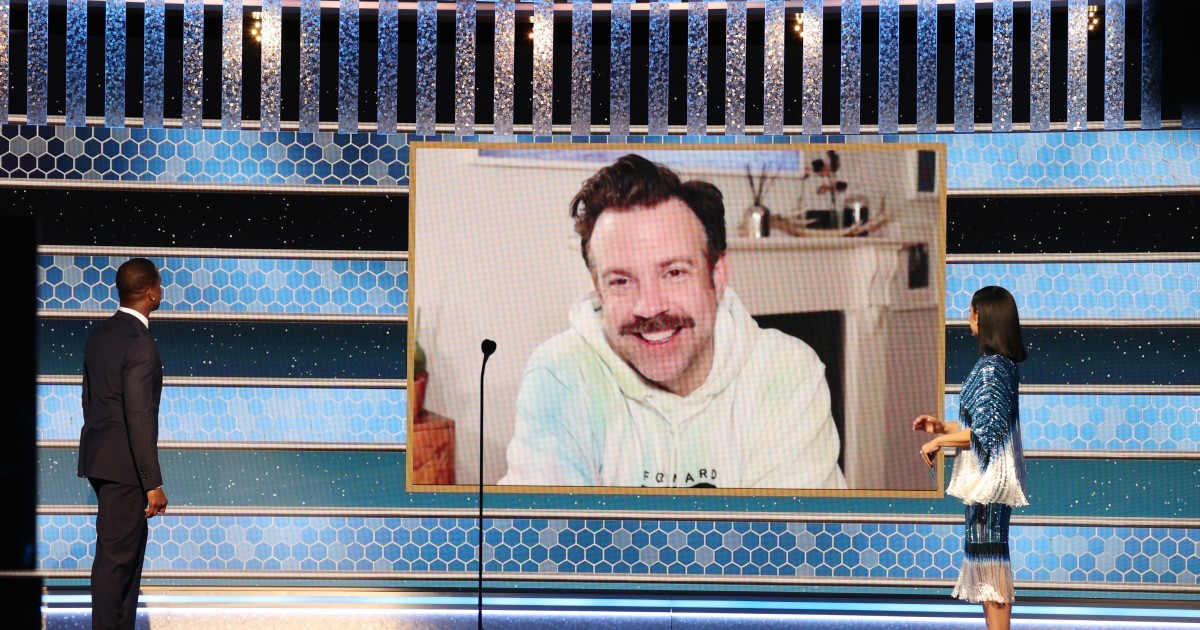