The first symptom was diarrhea. Then Mitchell Hughes had trouble breathing and broke out in a feverish sweat.

By the time he recovered from COVID-19 this summer, the 52-year-old Black janitor in St. Louis had missed more than a month of work and drained his $4,000 savings to keep up with the mortgage and other bills after his sick pay fell short.

He and his wife, Crystal Simmons Hughes, 53, a nursing assistant who cares for the elderly, made it through the illness but were left depleted and anxious about the resurgence in infections.

Unlike the Hugheses, Scott and Kristin Ladewig, a white couple who live about 15 miles away, have maintained their well-paying IT jobs from the relative safety and comfort of their home since March.

They, too, are concerned about the future, especially for Kristin’s mom, who is in an assisted living home. But financially, Scott, 51, and Kristin, 49, may be even slightly ahead.

So far the pandemic has left them with more money in their pockets as they save on car expenses, gas, lunches and other outlays. Their stocks have recovered and then some, and they have been able to invest some of their savings to make long-delayed home repairs. About the only economic pinch they’ve felt is a temporary suspension of employer contributions to Scott’s retirement plan.

“To be honest, not really,” he said, when asked whether he’d seen any negative financial impact from the pandemic.

What’s true for these two hardworking, homeowning families is true across much of the nation.

Although their educational backgrounds and financial prospects began at starkly different places, the pandemic has only deepened the economic and racial divide between the two households, and countless others like them across America.

“The pandemic affects everybody. It pushes everybody back,” said Trina Clark, 48, who is Black and a regional manager for Microsoft in St. Louis. “But we aren’t starting at the same starting line. We’re pushed back further.”

The health and economic crisis has been deeply personal for Clark. Two of her friends, one in her early 50s, died of COVID-19 in September. A dozen other friends and people in her social network got the virus, she said, and a number of her family members, including her adult son, have lost jobs or seen significant pay cuts.

There’s no question that the coronavirus has disproportionately affected lower-income people, particularly Black Americans, who not only have higher infection and death rates, but also face sharper employment and income losses. Job losses have fallen heaviest on restaurants, hotels and other services where people of color are overrepresented, and relatively few can do their jobs from home.

Almost overnight, the health crisis has erased improvements in income and wealth equality that had begun to take hold in recent years, when unemployment for Black, Latino and Asian Americans dropped to record lows and more households in the bottom income tiers got in on the nation’s record-long economic growth.

In the St. Louis area, home to about 2.8 million people whose average incomes are typical for the nation, finding work before the pandemic was not a problem for Mitchell Hughes, who briefly attended community college. The jobless rate in the area hovered around 2.5%.

In April 2019, he signed on as a maintenance worker at Saint Louis University, where he cleaned a campus hotel for guests.

The pay was not great — $12.62 an hour — and a recent raise was only about 25 cents per hour. But thanks to a union contract, Hughes had medical and dental insurance, as well as an employer matching savings plan.

Working from home was never an option for Mitchell or Crystal, who is sent by a temp agency to care for the elderly in nursing facilities and other places.

“We were essential workers from the beginning,” Mitchell said in a telephone interview. “We didn’t get hazardous pay. We take the trash, do windows, doorknobs. We’re on the front lines.”

When he was stricken with COVID in July, his employer covered his pay for the first two weeks, and 60% for the remainder of his absence.

Still, Hughes said he used up his savings to make up the gap — for house payments, food and other everyday expenses, and the $350 monthly payment on his Hyundai sedan.

Nationwide, labor market statistics confirm that low-wage workers like Mitchell Hughes have been hit the hardest. The number of employees in jobs paying less than $27,000 a year — he makes just under that — has begun to slip again and is down 20% from January, according to Opportunity Insights, a Harvard-run group that is tracking the pandemic. By contrast, the number of high-wage employees has fully recovered from pandemic losses.

And although stocks have surged to record levels, fewer than a third of lower-income households own any equities. Super-low interest rates have fueled a boom in the housing market, too, but not for families like the Hugheses.

They live in a small detached house in a predominantly Black community called Castle Point, where homes are worth about $40,000 on average and have fallen 10% in value over the last year, according to Zillow estimates. Crystal bought theirs in late 1999 for $62,500. It’s worth about $40,000 today, and the couple still has years left to pay off the mortgage.

Castle Point is north of Delmar Boulevard, a road that effectively divides the city of St. Louis by race and wealth.

“Anything north of it doesn’t get reinvested in,” said Robert Lewis, a longtime development consultant in St. Louis. By contrast, he said, “everybody wants to be in the suburbs to the south. Housing occupancy is good. Properties are better. Jobs are better.”

He said there was no doubt that Blacks had been boxed into rundown areas in the city — a legacy of zoning, banking practices and other discriminatory policies that scholars say dates back to the Reconstruction period after the Civil War. Jim Crow laws and unofficial policies, poor schools, lack of access to GI Bill benefits, and various forms of redlining, formal and unstated, were common.

“Income inequality is built into our DNA,” said Lewis, who was a key figure in helping the region rebuild after the aerospace and defense industry bust that followed the end of the Cold War. “We built that wall, and it’s been very hard to deal with.”

Scott and Kristin Ladewig live outside the city, in a western suburb called Maryland Heights that grew as St. Louis’ economic base diversified and became more tied to healthcare, education, and financial and other services.

The Ladewigs met as MBA students at Washington University in St. Louis in the early 1990s. Scott works in IT research and planning for the university, where he’s been employed for 21 years. Kristin is a project manager for a financial services firm. Their combined gross income exceeds $200,000, putting them in the top 10% of households.

Shifting to work at home for them was seamless. The couple had two desks in a room where they sometimes worked; Kristin kept that for her home office, while Scott moved the other desk and an old computer into an unused bedroom, one of four in their 3,000-square-foot house.

“For me, working from home has been fantastic,” he said in an interview over Zoom.

Among other things, Scott doesn’t have a half-hour commute or have to pay $80 a month for parking now. Even when the air conditioner was running all day in the summer, the couple saved on their electricity bills because he didn’t have to charge his electric car as often. Kristin says she’s spent just $30 a month on gas since March, half as much as before.

For lunch, the Ladewigs walk downstairs and meet up in the kitchen. Scott thinks he’ll be working at home permanently; Kristin says she will at least until the middle of next year.

Like many other homeowners during the pandemic, time spent inside turned their eyes to things for the home. The Ladewigs used some of their savings to repair cracks in the basement and fix up the deck.

The Ladewigs, who don’t have children, are big on travel and Disney, although this year they’ve canceled a London-to-Rome cruise and several other planned trips, including a concert in New York and Disney World around Thanksgiving.

The Ladewigs are well aware that there’s a whole other side of the economy. They worry about local restaurants and other small businesses in their community, which they try to help by frequenting and leaving bigger tips.

They’ve made donations to food banks for laid-off Disney World cast members. And they’ve contributed to GoFundMe accounts to support staff at some of his favorite tiki bars, among other fundraising efforts.

The Ladewigs are not out of the woods. Ultimately, they know that a faltering recovery could burst the protective bubble surrounding them and other relatively affluent families.

For the Hugheses, a double-dip recession could spell real trouble because they don’t have the financial cushion they had before.

Crystal says she has put her faith in God. And the couple is bolstered by the recent career success of their daughter, who finished her PhD this year and is an assistant research professor in the school of social work at the University of Missouri in Columbia.

But even as they are trying to stay optimistic, what they see happening around them isn’t encouraging. Said Crystal: “I don’t think the coronavirus is going anywhere.” 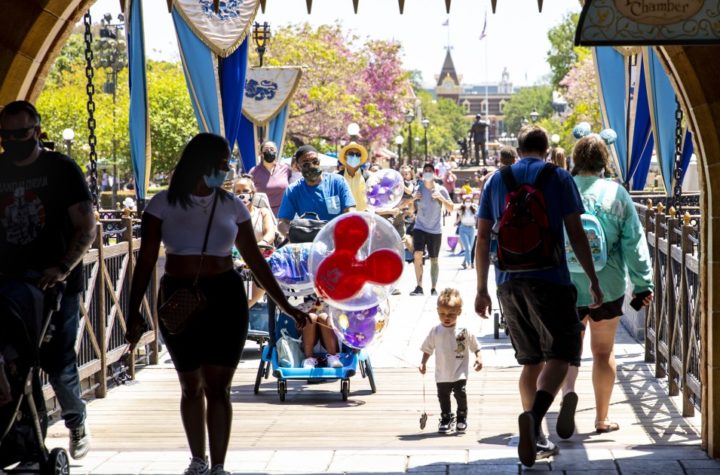 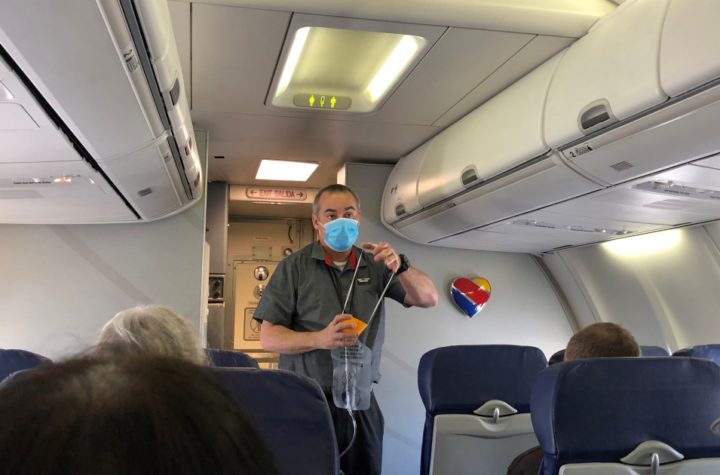 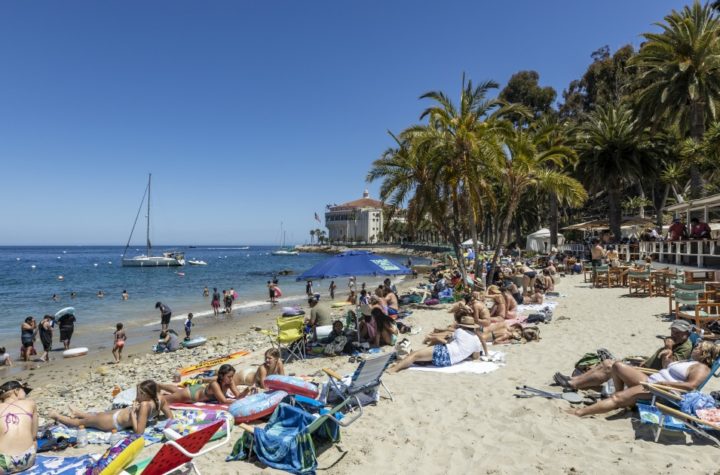 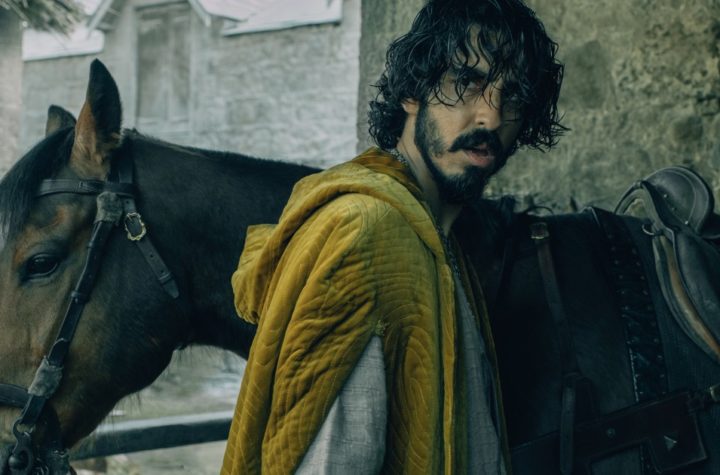 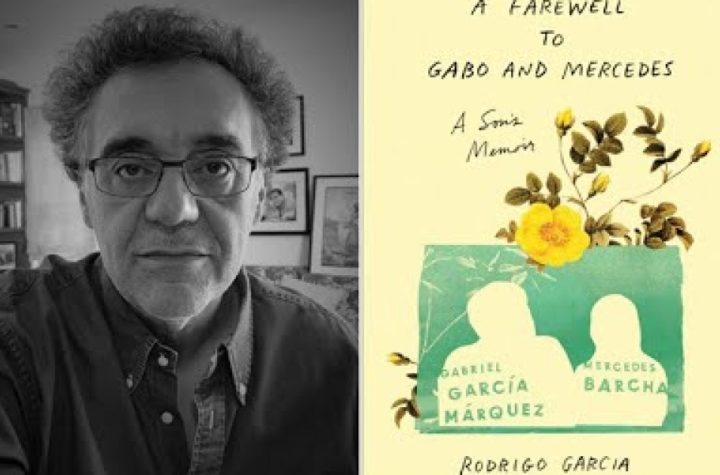