Gal Gadot just got to experience American fast food’s take on Mexican cuisine for the first time — and her reaction was a joy to behold.

There was no drive-through moment for the “Wonder Woman 1984″ star. Rather, she traded classic snacks from Israel and the U.S. with late-night TV host Jimmy Fallon (remotely) on Monday night’s episode of “The Tonight Show.” Each treat was something the other person had never tasted before.

“Is it safe to drink? Is it with alcohol?,” she asked while sniffing the eggnog. Sorry, no booze. She wanted to know whether the egg in it was cooked. Because, you know, salmonella.

Fallon didn’t know the details of the eggnog — which can be made with or without heating the egg mixture — but he promised Gadot that her glass held “all chemicals. Chemical eggs.” So she sipped. Then she scrunched up her face.

“Maybe it’s better with rum in it,” she decided. “It’s very thick.”

Then it was her turn to treat Fallon.

“This is how much I like you,” Gadot said as the host picked up a jelly sufganiyot, a cross between a beignet and a jelly doughnut, served at Hanukkah. “It’s the best when it’s fresh out of the oil.”

Fallon was dee-lighted with his sweet snack, the inside of which he flashed at the camera. Gadot then tried Ho Hos, which left her with a slight grin.

Then came the Taco Bell.

“Mmmm!,” the actress exclaimed, her eyes widening with surprise as she bit into a taco. She did a little happy dance as she chewed, sending Fallon into a celebration of his own.

“This is amazing,” Gadot said after going in for a second big bite. “I can’t believe I’ve never tried it!”

But Fallon’s experience with gefilte fish, sad to say, wasn’t quite that successful.

An apologetic Gadot acknowledged that the jarred fish looked “worse than the egg nog,” then happily returned to chowing down on her Taco Bell. “Just shove it in already!,” she blurted.

He wound up liking it but after the struggle he’d gone through to extract the fish from the gooey substance it was packed in, he didn’t seem to have much appetite left.

“Jimmy Fallon likes gefilte fish!,” Gadot proclaimed. “I have done my work in this world.”

The only regret? That Fallon didn’t offer Gadot freshly heated Totino’s Pizza Rolls. Now that is some fine American eating.

You can see more of Gadot in action when “WW84″ — which just got a great review from The Times’ Justin Chang — premieres Christmas Day, simultaneously in theaters where they’re open and also for a month on HBO Max. 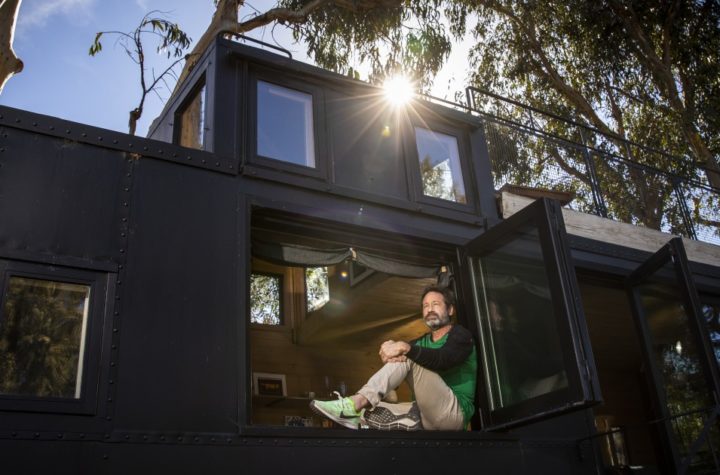