One of 2020’s most gorgeously photographed films frames the year’s least likely breakout star: a formidable Norwegian sow named Gunda, who lends her name to the latest documentary from Russian director Viktor Kossakovsky.

“With such an actress like Gunda, she is Meryl Streep,” Kossakovsky said. “You don’t need much work. I didn’t ask her to repeat anything.”

The Neon release wordlessly observes Gunda in high-contrast, monochromatic tones as she gives birth to a litter of yawping piglets on an organic farm outside Oslo. She nurtures the tiny wriggling creatures, watches them grow and then, inevitably, face their destiny. The film’s accomplishment, bolstered by cinematographer Egil Håskjold Larsen, is to elevate this porcine cycle-of-life to elegant visual poetry, the camera’s intimate gaze meeting Gunda’s own in a nearly telepathic connection.

The production also traveled to an animal sanctuary in Spain, and small independent farms in the United Kingdom that act as a refuge for “retired” hens, to capture the experiences of some co-stars, including a one-legged chicken and a herd of cattle, with the same sensitivity.

Kossakovsky, a vegetarian, urges more consideration of what we often thoughtlessly consume. “We know that we kill them,” he said, “but we prefer not to think about it. Most people consider it like daily bread.” He cites a common statistic. “In the U.S., you guys eat over 100 kilograms of meat a year. Just think about that. Each of you, if you do it all your life, you have a huge amount of animals behind you.”
Not for nothing is “Gunda” executive produced by actor Joaquin Phoenix, whose passionate acceptance speech on behalf of animal rights at the 2020 Academy Awards ceremony caught the filmmaker’s attention.

“People asked me, ‘Did you write his speech?’” recalled Kossakovsky, whose co-producer Joslyn Barnes got the “Joker” star a copy of the film. He soon signed on. Yet, for all its purpose, the film’s calm and watchful style never clambers onto a soapbox. The message is implicit in what’s on the screen, staring right back at the audience.

“When Gunda looks at you in the end, you definitely see what she says to you, right?” Kossakovasky asked. “She says, ‘What the f— are you doing?’”

Much like his Academy Award-shortlisted 2019 film, “Aquarela,” a purely visual immersion into the global climate crisis, “Gunda” has no narration, although there is an ambient soundtrack of barnyard noises that was carefully constructed. This made the decision to go with black and white even more crucial. Kossakovsky rhapsodizes over the “pinky beautiful” piglets, and the green grass and blue sky of the rural setting. The natural scenery made a tempting palette for a color version. However, it proved too distracting.

Then you don’t see them as a personality,” the director said of his subjects. “You just see the beautiful postcard. When we took out the color, we immediately saw personality. You immediately pay attention to their eyes. Eyes become the most important part of the body and the most important part of the frame.”
Kossakovsky, who was born in St. Petersburg, Russia, in 1961, when it was still called Leningrad, and now lives in Berlin, has long been celebrated as a visionary by critics, festival programmers and fellow filmmakers. His 1992 film “The Belovs,” also set on a farm, captures with vivid engagement the emotional arcs of a rural family in northwestern Russia, and helped generate a cult following.

“It’s still a reference for us now,” said Bill Ross, who with brother Turner cited its influence on their 2020 Sundance favorite “Bloody Nose, Empty Pockets.” “He’s using whatever means he has to accomplish his vision. Whatever it takes to paint the picture he wants to make.” Turner Ross also noted what appears to be an abiding trait of Kossakovsky’s work. “He seemed not only so aware of the language of the cinema he was making but of being present for the humanity he was privy to …. He is watching acutely the mystery and magic of a very simple life.”
Although “Gunda” offers a compelling window into the consciousness of farm animals, it does so in service to the director’s overarching aesthetic goal, something that has driven his entire career.

“It’s still difficult to convince people that the documentary is art and not journalism,” Kossakovsky said. “I have to break this wall.”

He points to American originals who pioneered his path, like Robert Flaherty (“Nanook of the North”) and Godfrey Reggio (the Qatsi trilogy). “You had Flaherty, people. Don’t forget. You have Reggio. Don’t forget. For most of the people, even for academy members, even for critics in the U.S., content is still more important than form in the cinema language. OK. OK. It means I am fighting against the world so far. But I will make it.” 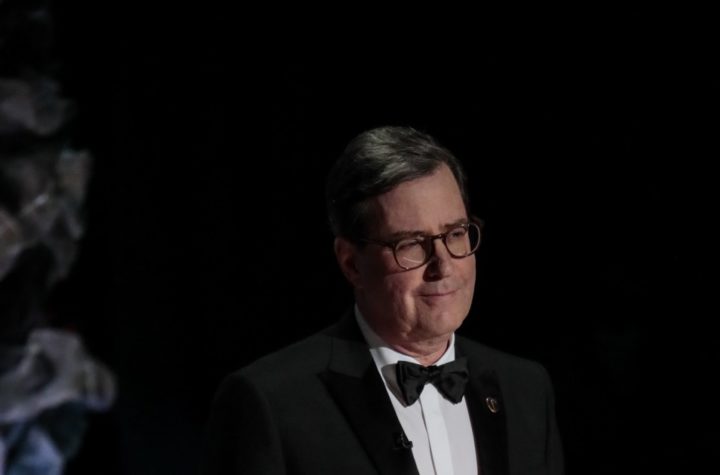 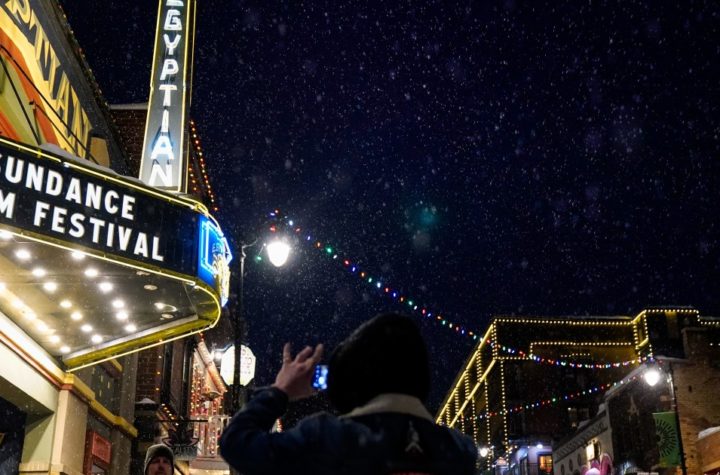