Los Angeles County’s healthcare system was buckling Wednesday under the unprecedented surge of COVID-19 patients, with bodies piling up at morgues and medical professionals resorting to increasingly desperate measures as they brace for conditions to worsen in the coming weeks.

With hospitals overwhelmed by patients and no outlet valve available, doctors, nurses and paramedics are being forced to make wrenching choices about who gets care and at what level.

“No one would believe this is in the United States,” said Scott Byington, a critical care nurse at St. Francis Medical Center in Lynwood. “Everyone is doing what they can do. It’s not that anybody is slacking. It’s just that it’s too overwhelming for everyone.”

Hospital morgues are so full that the National Guard is being called in to help county workers as corpses are moved into storage at the L.A. County Department of the Medical Examiner-Coroner. The overcrowded crypts at hospitals are a result of private mortuaries running out of space and staff to handle the unprecedented number of COVID-19 deaths.

The deteriorating conditions came as Gov. Gavin Newsom announced that a new, potentially more contagious variant of the coronavirus identified in the United Kingdom had been found in Southern California, though officials said the findings were not unexpected and should not cause undue alarm.

Los Angeles County on Wednesday tallied its 10,000th COVID-19 death. On the same day, it recorded 262 deaths, breaking the single-day record for COVID-19 deaths for the second day in a row. L.A. County is now averaging about 129 COVID-19 deaths a day over the past week, a figure that has never been higher.

While officials have not provided details on patients who suffered because resources were not available, it’s clear the crisis is taking a terrible toll on care. This may interest you : Pfizer’s COVID-19 vaccine gets nod from scientists, paving way for FDA authorization.

Dr. Christina Ghaly, the L.A. County health services director, said Wednesday, “There have been some unfortunate outcomes from patients in hospitals and ambulances across the county who couldn’t be offloaded into an emergency department in a timely manner.”

County officials have been concerned about patients suffering from things such as strokes, heart attacks and seizures waiting in ambulances outside hospitals, said Cathy Chidester, director of the county Emergency Medical Services Agency. “The early intervention, in some of these cases if you don’t get it, may lead to worse outcomes,” she said.

The crush of patients has led the county to allow certain types of ambulance patients to be offloaded into the waiting room instead of the emergency room, according to memos issued by the EMS agency.

Additionally, 911 patients who have a do-not-resuscitate directive will not be taken to acute-care facilities such as a hospital, nor will certain trauma patients whose hearts have stopped. 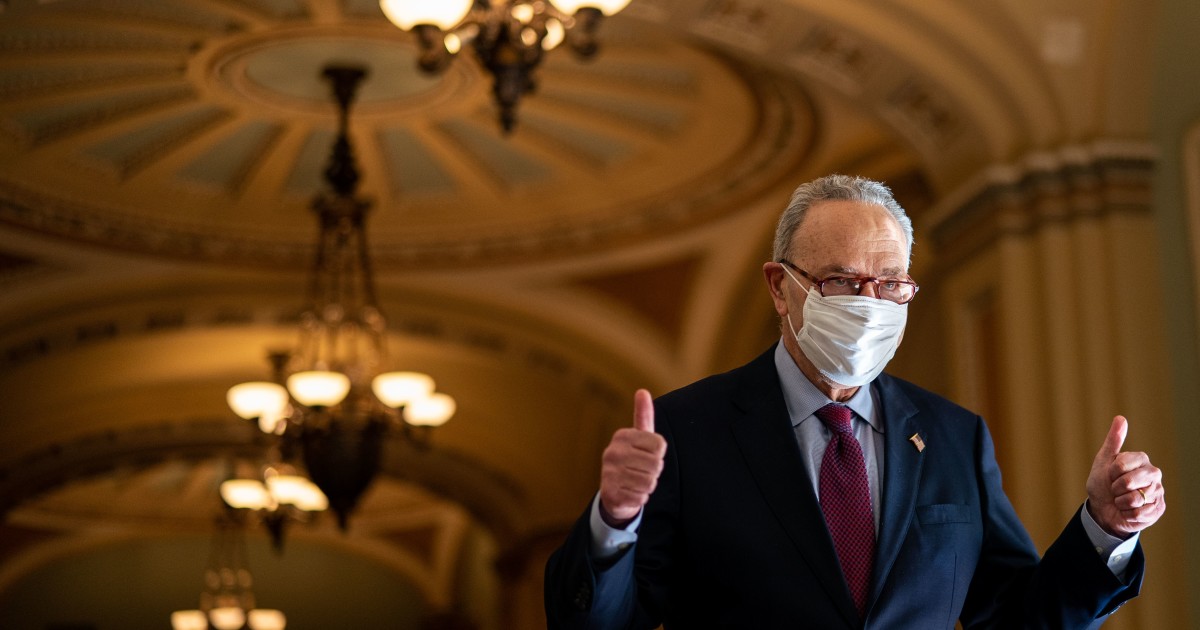 At St. Francis, a backed-up intensive care unit has made the emergency room a landing spot for people who under normal circumstances would be admitted to the ICU, including COVID-19 patients on ventilators. The hallways of the ER are lined with sick patients. On the same subject : A Republican California governor? Unlikely but possible. The part of the hospital where gunshot and car accident victims are typically triaged is also often packed with people infected with the coronavirus.

On a recent shift, Byington, the critical care nurse at St. Francis Medical Center, cared for 12 patients in crisis. On the overhead speakers, he heard near-constant calls of rapid response and Code Blues as patients crashed.

Watching COVID-19 patients suffer is horrifying. Their eyes widen with panic as they struggle to take in enough oxygen and gasp for breath. It is a process much like suffocation.

“You hope for some of these patients who are not going to survive, that they actually become unconscious before this, because it’s very scary,” Byington said. “It’s no different than probably drowning.”

On a recent shift, there were more than 40 patients in the telemetry units — some with heart attacks and others with COVID-19 — but staff couldn’t find technicians to watch their heart monitors, because employees also have fallen sick with COVID.

Some nurses and doctors have been hospitalized with severe cases of the disease, he said. 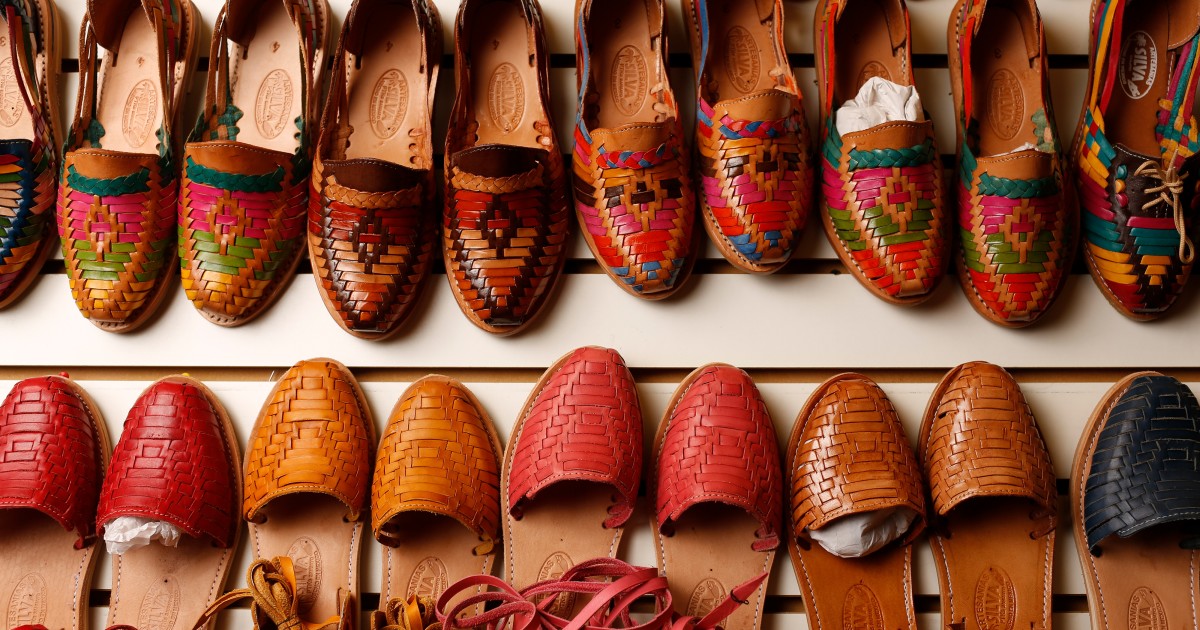 On the same subject :
Yes, you are seeing the humble huarache everywhere
In Mexican stores across Los Angeles, huaraches are a common sight. Wander…

Dying in the ER hallway

Hospital staff are also dealing with non-COVID patients in crisis who have put off urgent medical care for fear of contracting the coronavirus at the hospital. Read also : COVID-19 spike slams Orange County healthcare system. A patient might have had shortness of breath and chest pain for a few days, but doesn’t come into the hospital for treatment for a heart attack until it’s nearly too late, Byington said.

“We had a lady who walked in and had a stroke in the lobby,” he said.

On a recent shift, seven patients died in the hospital within six hours, Byington said. The hospital morgue is often at capacity. There have been patients passing away who were in their 20s and 30s, he said. Recently, a sick patient was cared for in the ER hallway because there was no more space in the hospital.

The patient could not be saved, and died there, Byington said.

“When it came time for them to pass, they passed in the hallway.” 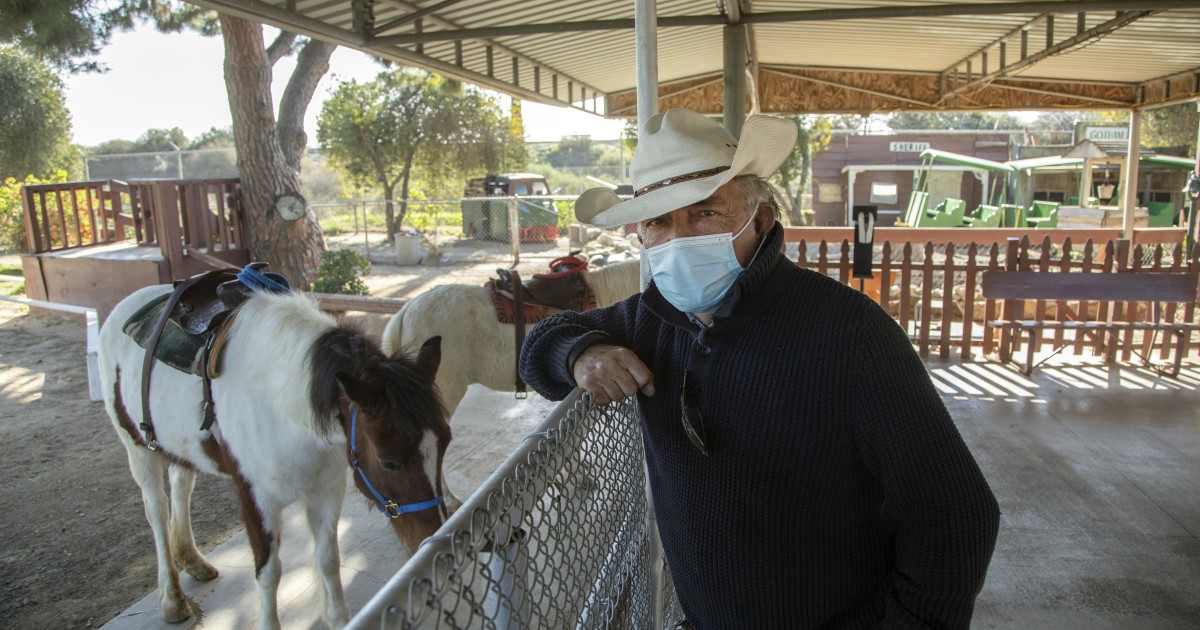 Running out of oxygen and critical machines

Byington, who has worked at the hospital for nearly 30 years, said medical staff are trying as hard as they can. The situation is equally bleak at other nearby hospitals, he said.

“They give 110% and come back the next day to start all over,” Byington added. “It’s like a MASH unit, everywhere in the hospital. This is a situation where people come in and it’s like rolling the dice.”

At different times, the hospital has run out of high-flow oxygen as well as BiPap machines, a mask that helps push oxygen into the lungs, often a last resort before placing ill patients on a ventilator.

The choices are often grim. A patient might require a BiPap machine, and there may be only one left, just surrendered by a patient who died, Byington said. Once the machine is given to the patient in need, it could be just minutes before another might need one — but there aren’t any left.

“You have to pick and choose,” he said. “That’s where we really are — we’re really at that point.”

That sentiment was shared by medical professionals across the region, who fear that as bad as the conditions are now, they would get worse.

‘It is so frightening’

“I have never been in the position in my career where I couldn’t offer lifesaving care to someone who needed it,” said Dr. Marc Futernick, a Los Angeles emergency room physician who also serves as regional medical director of VEP Healthcare. “That is literally what we are talking about. If there is no space, no ventilator and no oxygen. … We are going to have to sit on our hands. Just saying it out loud, it is so frightening. None of us want to face that.”

At Greater El Monte Community Hospital, staffers were trying to squeeze as much space as possible out of the small facility but conditions were becoming increasingly difficult.

“The chatter you hear … is very grim,” said Dr. Victor Lange, the hospital’s clinical epidemiologist and director of quality and risk management. “It’s pretty common to see someone crying in the hallway.”

While both California and L.A. County have seen some easing in the net daily increase of ICU patients with COVID-19 — probably related to the stay-at-home order that began rolling out across the state on Dec. 6 — L.A. County is seeing less relief than other parts of the state.

The rate at which coronavirus test results are coming back positive continues to climb. The daily positivity rate is now at 20% — five times worse than the comparable figure from Nov. 1, when the rate was less than 4%.

“And we’re not even accounting for the incoming Christmas surge,” said L.A. County Supervisor Hilda Solis. “From what we saw with so many people who attended gatherings and travels, we remain very concerned about another surge on top of the current surge.”

Solis implored the public to cancel New Year’s parties to reduce the intensity of the forecasted January surge.

Guard troops are stationed at 13 medical facilities in the state, including Adventist Health White Memorial in Los Angeles, Methodist Hospital of Southern California in Arcadia and Pacifica Hospital of the Valley in Sun Valley.

But she added: “Please don’t give up. Widespread access to the vaccine, as we know, is coming in a matter of months. And don’t be a casualty to this pandemic.”