In advance of the 2020 election, I decided to read at least one contemporary book from every U.S. state, plus Puerto Rico and Washington, D.C.

Along the way, I shared my journey in four parts of the United We Read series.

In January 2020, my first dispatch covered a diverse collection of novels, nonfiction and memoirs from Alabama to Connecticut.

In April, after the pandemic hit, I quarantined at home with stories from Delaware to Maine.

In October, as wildfires ravaged California, I savored books from Maryland to Oklahoma, many focused on our relationship with the land.

In the final installment, from Oregon to Wyoming, I shared stories of inequities and injustices from a divided nation, as well as the solace and hope I found in books during a turbulent year.

Here is the complete reading list, state by state.

“Homecoming” by Yaa Gyasi. The novel traces the paths of two half-sisters from Ghana through eight generations to Southern plantations and coal mines in Alabama. 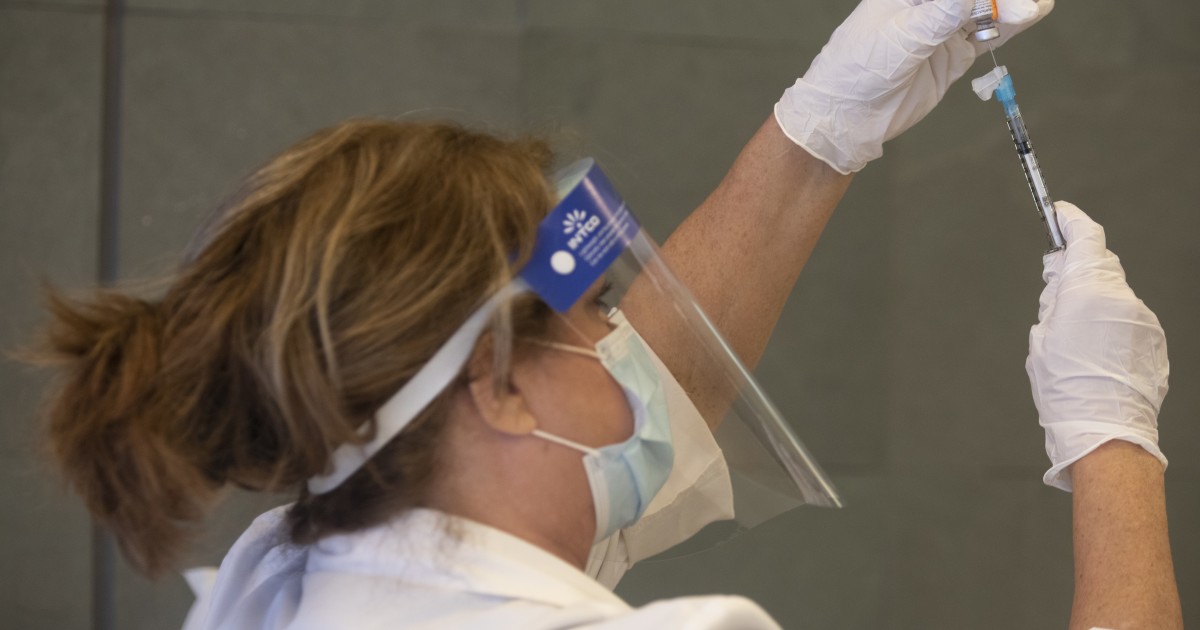 “The Great Alone” by Kristin Hannah. A national bestseller, the novel deals with a returning Vietnam vet who moves with his family to the Alaskan wilds. 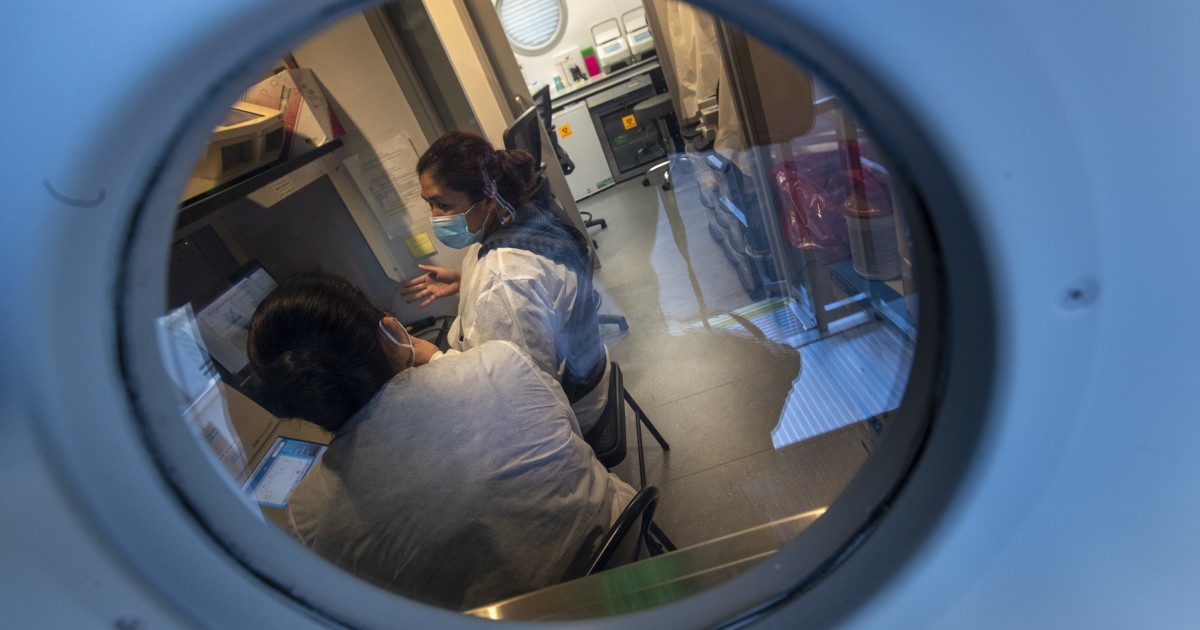 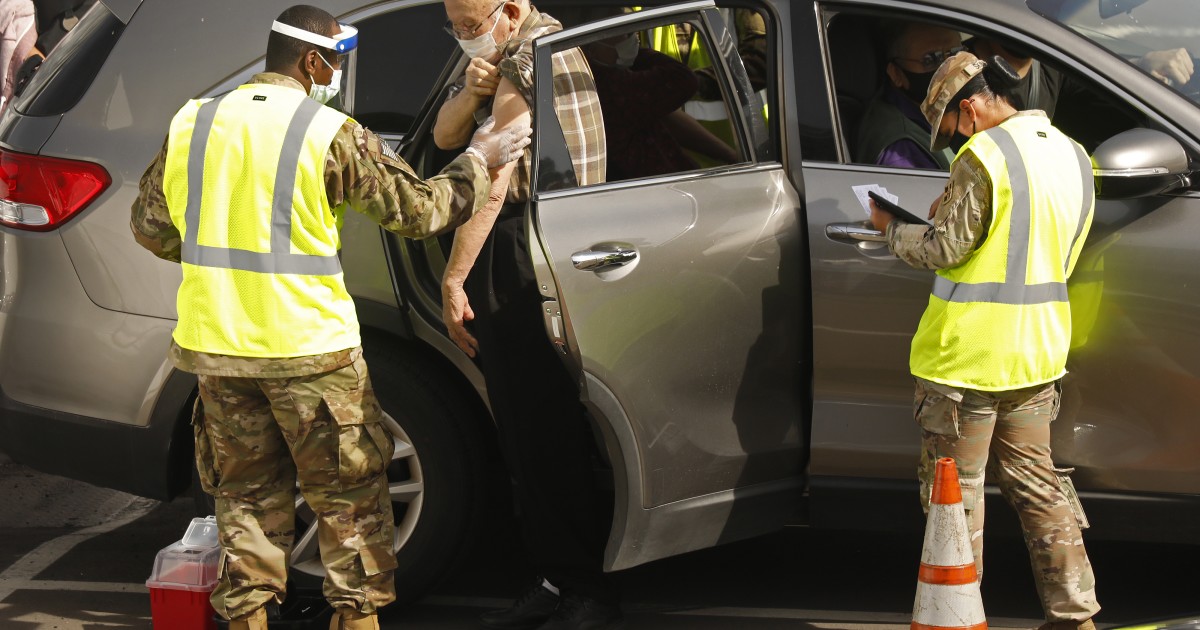 This may interest you :
With drop in coronavirus cases, are more reopenings next?
Coronavirus infections have plummeted to pre-Thanksgiving levels in California, bringing renewed optimism…

“Your House Will Pay” by Steph Cha. Almost 30 years after the 1992 L.A. riots, Cha fictionalizes the Latasha Harlins slaying and tells the traumatic story of two families.

“The Golden State” by This may interest you : How will the self-employed get a COVID-19 vaccine?. Lydia Kiesling. The author writes about the complexities of motherhood in this portrait of California and the American West.

“Sabrina & Corina” by Kali Fajardo-Anstine. Set largely in Denver, this collection centers on the indigenous experience in Colorado, especially that of its women.

“The Book of Unknown Americans” by Cristina Henríquez. On the same subject : The FDA didn’t ‘approve’ Pfizer’s COVID-19 vaccine. Here’s why. A wide range of characters from the Americas navigate alienating circumstances, from language to physical surroundings, in search of human connections.

“Rising Out of Hatred,” by Eli Saslow. The Pulitzer Prize-winning Washington Post reporter shows what happens when the heir to an alternative-right movement goes to college.

“Mostly Dead Things,” by Kristen Arnett. It’s a story of grief, love and loss as experienced by a family operating a taxidermy business in Central Florida.

“An American Marriage,” by Tayari Jones. The novel is as much about race and the failings of the criminal justice system as it is about love and vulnerability.

“Sharks in the Time of Saviors” by Kawai Strong Washburn. The author’s compassion for his characters and for his native Hawaiian landscape make for a compelling story about heritage and the bonds of family.

“Educated” by Tara Westover. This national bestseller recounts Westover’s harrowing childhood being raised off the grid by fundamentalist parents in rural Idaho.

“The Beauty of Your Face,” by Sahar Mustafah. In a rich and complicated story, readers meet Afaf Rahman, the daughter of Palestinian immigrants and principal of a Chicago school for Muslim girls.

“In the Dream House” by Carmen Maria Machado. The dream house in the title of Machado’s experimental memoir is the stuff made of nightmares.

“Barn 8” by Deb Olin Unferth. This comic-political novel takes on Big Ag and the ethics of the American egg industry.

“The Topeka School” by Ben Lerner. The book examines toxic masculinity and rage and how we have arrived at our current political reality.

“The Book Woman of Troublesome Creek” by Kim Michele Richardson. It’s a historical novel about the real-life Pack Horse librarians, who promoted literacy by delivering books in the Appalachian mountains in the 1930s.

“Olive, Again” by Elizabeth Strout. Set along the coastline of Maine, this is the sequel to Strout’s Pulitzer Prize-winning “Olive Kitteridge.”

“Redhead by the Side of the Road” by Anne Tyler. The Baltimore novelist tackles the question of what happens when our comfortable daily routines are upended.

“Beheld” by TaraShea Nesbit. The book reframes the story of the colonization of Plymouth and the Mayflower narrative, with a focus on the inner lives of women.

“Little Weirds” by Jenny Slate. The actress and comedian makes her literary debut in a series of essays visiting the ghosts of her childhood in Milton.

“The Deer Camp” by Dean Kuipers. An environmental journalist explores the power of nature and our place in it from woodsy Michigan.

“History of Wolves” by Emily Fridlund. The strength of this coming-of-age novel lies in Fridlund’s haunting descriptions of the icy winter landscape and her characters’ inner lives.

“Heavy” by Kiese Laymon. In his memoir, Laymon struggles with an eating disorder, as well as the weight of childhood trauma, gambling and sexual violence.

“Nothing More Dangerous” by Allen Eskens. It’s 1976 in the Ozark Hills of Missouri when a Black woman goes missing in this propulsive crime novel.

“Surrender” by Joanna Pocock. An expat moves with her family to Missoula, where she experiences a rapidly changing environment in the American West.

“American Harvest: God, Country, and Farming in the Heartland” by Marie Mutsuki Mockett. The author inherits a Big Ag farm in Nebraska and resolves to broaden her perspective.

“A Prayer for Travelers” by Ruchika Tomar. The novel deals with female friendship and trauma against a dusty backdrop of desert highways, trailer parks and dismal bars.

“The White Mountain” by Dan Szczesny. Over the course of a year, Szczesny traverses the history and allure of New England’s highest peak, Mt. Washington.

“The In-Betweens” by Davon Loeb. The author recounts the experience of growing up with a Black mother and a Jewish father in suburban New Jersey.

“Telephone” by Percival Everett. The USC professor’s novel is a western adventure that follows geologist Zach Wells and is available in three versions with different endings.

“Leave the World Behind” by Rumaan Alam. Set in the Hamptons, the novel unfolds a provocative look at family, class and race over a long weekend gone horribly wrong.

“What Are You Going Through” by Sigrid Nunez. Back on the island of Manhattan, Nunez contemplates life, death and the changing nature of friendships.

“In West Mills” by De’Shawn Charles Winslow. The novelist shares a bighearted story about a family in a small North Carolina town.

“The Night Watchman” by Louise Erdrich. In her latest novel, Erdrich follows follows her Chippewa family’s fight against Native dispossession from rural North Dakota during the 1950s.

“Rust: A Memoir of Steel and Grit” by Eliese Colette Goldbach. Her story reveals an intensely physical job working with molten metal and heavy machinery.

“Where the Dead Sit Talking” by Brandon Hobson. The book charts a teenage Cherokee boy’s journey through the foster care system and the inherited trauma from forced relocation and assimilation.

“Such a Fun Age” by Kiley Reid. The story of a 20-something Black babysitter who takes a job with an affluent white family in Philadelphia.

“Plain Bad Heroines” by Emily M. Danforth. This tangled story toggles between a Rhode Island boarding school for girls during the early 1900s and the present day.

“Wandering in Strange Lands: A Daughter of the Great Migration Reclaims Her Roots” by Morgan Jerkins. The author takes readers through South Carolina and the Low Country as she embarks on a reverse migration to trace her family’s history,

“Late Migrations: A Natural History of Love and Loss” by Margaret Renkl. The author weaves together observations about the cycles of nature viewed from her Nashville backyard with multigenerational stories of family, love and loss.

“Where We Come From” by Oscar Cásares. Set in Brownsville, the novel explores immigration and identity, challenging the notion of what constitutes “home.”

“Afterlife” by Julia Alvarez. In her seventh novel for adults, Alvarez explores aging, race and identity in rural Vermont.

“Miracle Creek” by Angie Kim. The author’s debut novel is a literary courtroom drama about a Korean immigrant family and a young single mother who is on trial for the death of her autistic son.

“The Cold Millions” by Jess Walter. Set in 1909 in Spokane, the novel’s action revolves around labor and free speech conflicts, a corrupt government and violent protests.

“Sugar Run” by Mesha Maren. This gritty debut novel follows an Appalachian woman released from an 18-year prison sentence as she seeks refuge in the mountains of rural West Virginia.

“Homeland Elegies”” by Ayad Akhtar. The Pulitzer Prize-winning author and playwright centers his latest novel around an identity shaped by his own childhood growing up Muslim in Wisconsin.

“Ordinary Girls” by Jacquira Díaz. The author chronicles what it takes to turn her life around, culminating in her return to Puerto Rico.

“The Beauty in the Breaking” by Michele Harper. In poignant snapshots, Harper looks at how her childhood sets her up to become an ER doctor and how a life of service to others teaches her how to heal herself.

“Just Us: An American Conversation” by Claudia Rankine. The author shares difficult conversations about race and inequity. As she writes: “Justice” cannot happen without “just us.”

This project was intended to be a living reading list. Since the first installment was published, new books such as “Transcendent Kingdom” (Alabama), “Rodham” (Arkansas), “We Ride Upon Sticks” (Massachusetts), “Waiting for the Night Song” (New Hampshire), “What’s Mine and Yours” (North Carolina) and “The Removed” (Oklahoma) are among the additions to my ongoing journey reading across our nation.

A former editor at The Times, Heather John Fogarty teaches writing and journalism at USC Annenberg. She’s on Twitter @heatherjohnfog.