A year into the pandemic, California and Florida have become common points of contrast as Americans grapple with the horrific human and economic tolls of trying to control COVID-19.

Though the states took wildly different approaches to the pandemic, their rates of death from COVID-19 differ as much as one might expect. Out of 50 states, Florida’s and California’s cumulative COVID-19 death rates rank 25th and 29th, respectively, with Florida’s 11% higher.

With so much debate over the two states’ strategies and results, we dove into the numbers. Here’s what we found.

California has a lower rate of deaths than Florida

And for every million Californian residents, there have been about 91,000 confirmed coronavirus cases; for every million Floridian residents, there have been about 94,000 cases. The closer gap between these two numbers suggests that fewer sick people in Florida were tested for the virus or that patients who tested positive were more likely to die, perhaps because of their age or lower survival rates. 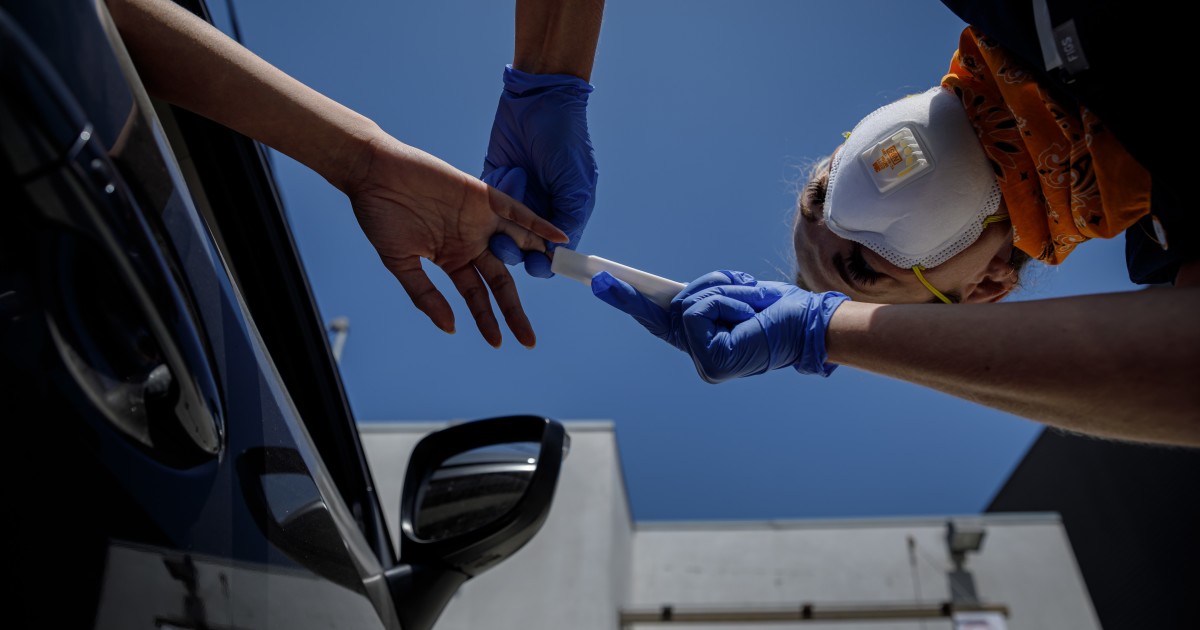 California and Florida had comparable death rates during the spring wave. This may interest you : L.A. slow to submit FEMA aid paperwork for homeless hotels. The governors of both states issued stay-at-home orders.

But when the summer surge hit, California again implemented business closures rules, shutting down indoor dining at restaurants and indoor gyms across wide swaths of the state. Florida did not.

While California staved off its worst surge until the winter, Florida was hit especially hard in the summer compared to other states, and deaths skyrocketed.

Though treatments for COVID-19 improved in the latter half of 2020 and improved survival rates, the intense midyear surge meant that those severely sick over the summer were less likely to benefit from enhanced medical knowledge.

“Florida paid the price of a very heavy death rate early on. California, by having delayed their onset of their worst surge, these patients were able to be treated in a more effective way, resulting in higher survival rates,” UCLA epidemiologist Dr. Robert Kim-Farley said. 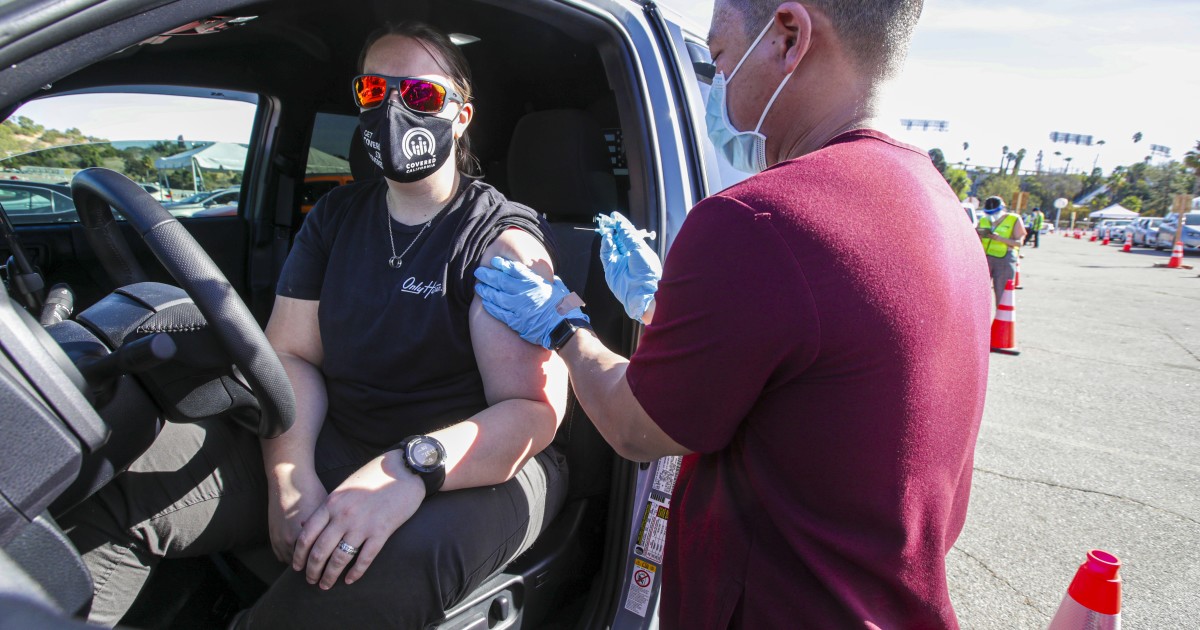 California’s worst surge came in the autumn and winter

California’s worst phase of the pandemic came in the autumn and winter, and the Golden State too experienced one of the nation’s worst surges. In late January, California had the worst death rate in the nation over a weekly period.

California experienced a great deal of pandemic fatigue in late 2020, and once-effective rules became less so. The dramatic spread of the virus in L.A. County hit at the heart of the region’s vulnerability — big pockets of poverty, crowded housing conditions, and a large working class population who had to leave home to work.

A number of epidemiologists in California generally credit the state’s stay-at-home order in the late fall and winter for preventing the surge in disease from becoming even worse. 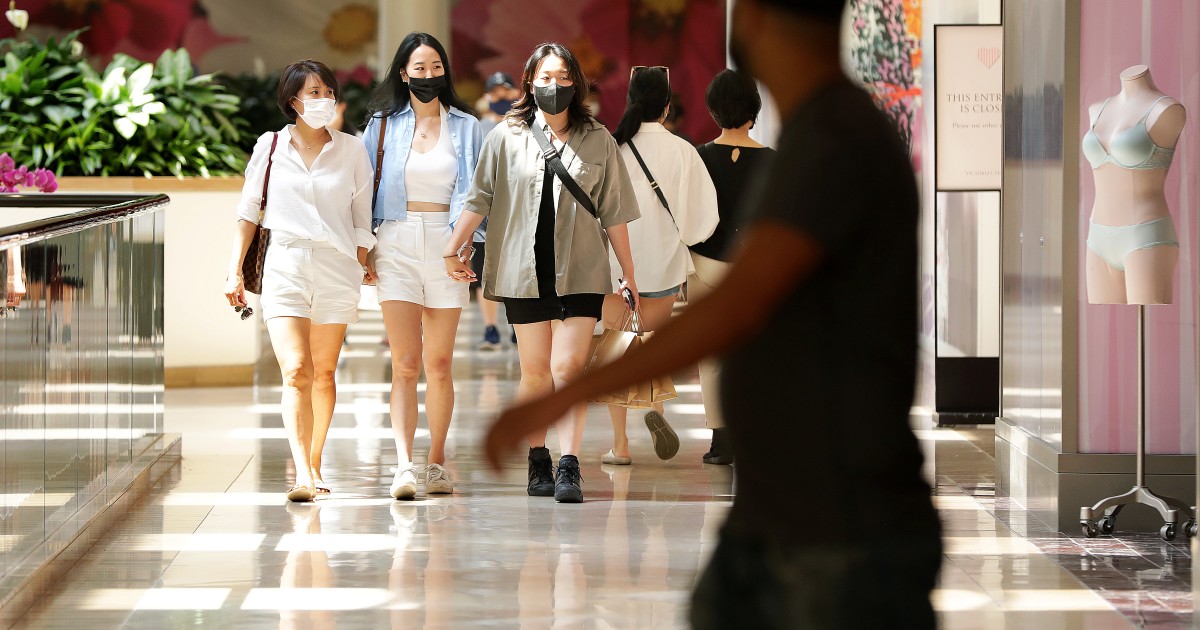 This may interest you :
Do I need to wear a mask indoors with Delta variant spread?
Los Angeles County residents who are fully vaccinated for COVID-19 have for…

Other parts of California did far better than L.A. County

One reason California’s death rate is still better than Florida’s is that other parts of the state endured the winter surge with a far smaller death rate than L. To see also : L.A. ‘vaccine chasers’ crowd standby lines hoping for a shot.A. County.

About 55% of California residents live in counties with a high “social vulnerability” score — a measure of how severely a disease outbreak might affect a region — while only a quarter of Floridians do. California’s rate of overcrowding in homes, a metric linked to coronavirus spread, is also more than double Florida’s.

The dry air in California may also be a challenge, especially compared with humid Florida. Researchers are still learning about how climate affects the coronavirus, but some studies suggest that when the air is humid, virus droplets fall to the ground faster so that people are less likely to become infected.

California has worse unemployment, but a better state budget outlook

California’s unemployment level in December was 9.3%, while Florida’s was 5.1%.

Florida economy — such as theme parks and tourism — have reopened even as California’s has faltered, given mandatory closures that were in place for many months.

But California’s state budget outlook is surprisingly robust. While unemployment rose sharply through much of 2020, millions of middle-class and high-wage workers were able to keep their jobs and work from home. Tax collections also rose after a strong stock market boosted capital gains earned by the state’s wealthiest taxpayers.

More kids back in the classroom in Florida

In Florida, public schools have been open since August, with parents given the option of sending their kids to school or keeping them home for remote learning during the pandemic.

In California, schools are beginning to reopen as coronavirus case levels fall and teachers receive vaccines, yet the majority of students remain in distance learning.