In a pandemic marked by surprise, improvisation and shaky rollouts, decisions about priority access to COVID-19 vaccines were supposed to be different. Even moving at warp speed, the development and testing of vaccine candidates gave public health experts, medical ethicists and state health agencies months to ponder the order in which scarce doses should be parceled out.

Then all of their careful planning was tossed aside.

Amid growing criticism that so few shots were getting into American arms, the U.S. Department of Health and Human Services this week abruptly announced changes in the rules. Federal officials said they will stop holding back the second dose of vaccine for each person who gets a first shot. They expanded eligibility to all senior citizens ages 65 and up, as well as to younger adults with medical conditions that increase their risk of a serious case of COVID-19. And they told states that the more doses of vaccine they administer, the more new doses they’re likely to get.

Meanwhile, scientists at the Centers for Disease Control and Prevention warned Friday that the highly transmissible coronavirus strain that arrived from the United Kingdom just a few weeks ago could be driving a new surge of infections by March. But that surge could be suppressed, or even reversed, by an aggressive vaccination campaign that reached 1 million Americans a day.

That goal could be more attainable under a plan from President-elect Joe Biden, who endorsed the decision to open the vaccine floodgates. The Biden administration will enlist the Federal Emergency Management Administration and the National Guard to step up immunizations and make sure people receive all the recommended doses. Retail pharmacies would help jump-start the effort.

All this leaves state and local health departments scrambling to deliver vaccines as fast as they can. Which raises some questions.

Does this mean more vaccine is available?

With 38 million doses produced to date and 12 million already administered, some 26 million doses are up for grabs, with several million more coming off production lines in the coming week. To see also : Silent majority on COVID-19 needs to start speaking up.

Most of those either have been shipped already or are spoken for by states. Production hasn’t increased. But freezers at the 14,000 locations to which those doses have been shipped will no longer be stocked with vials set aside for second doses.

Nor will doses be held back for people in priority groups who are supposed to get them but have not shown up to do so — say, a nursing home attendant who isn’t convinced the rapidly developed vaccines are safe.

Instead, all these doses will now be released for general use. It’s safe to do that because the federal government has delivered 31 million doses of vaccine “essentially without a hitch,” Health Secretary Alex Azar said this week. And “with the case counts we face now, there is absolutely no time to waste. We need doses going to where they’ll be administered quickly, and where they’ll protect the most vulnerable.” 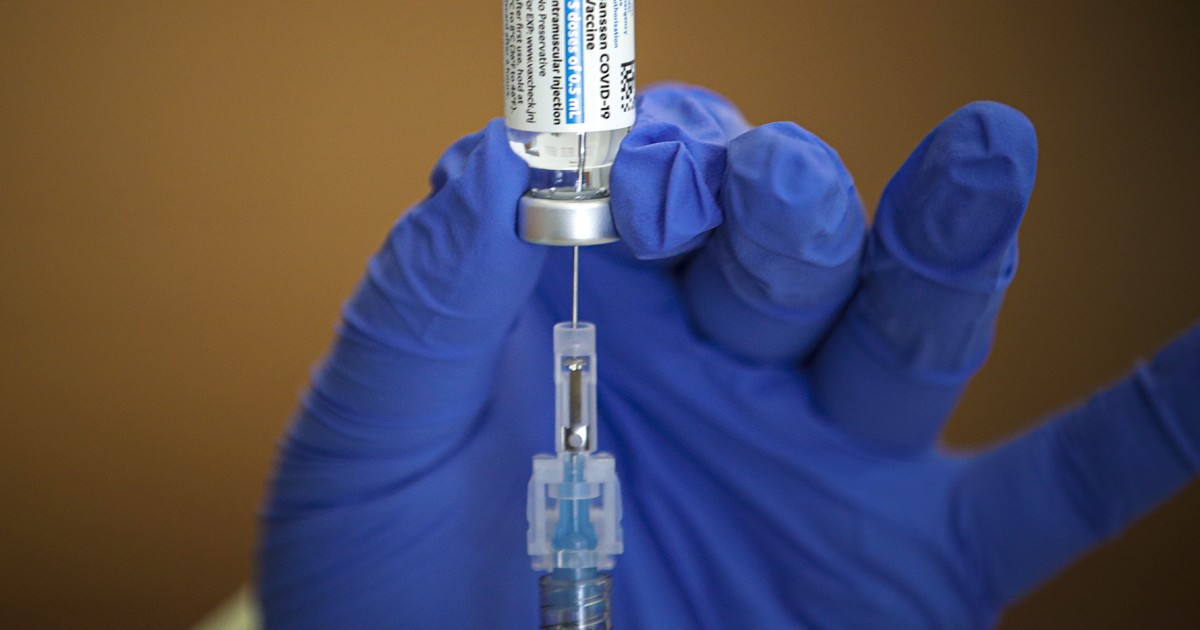 This may interest you :
Vaccinations in L.A. County drop by half, alarming public health officials
Appointments for the first dose of the COVID-19 vaccine have decreased by…

So the goal is still to give everyone two doses of vaccine?

Yes. When U.S. officials began hearing of British plans to make first doses available without promising a second dose three to four weeks later, they moved quickly to quash the adoption of any such idea here. This may interest you : Whole Foods CEO: Lower healthcare costs by not getting sick.

The federal government is “100% committed to ensuring a second dose is available for every American who receives a first dose,” Azar said. “Based on the science and evidence we have, it is imperative that people receive their second doses on time. That’s what the science says, and ignoring that would be reckless.”

Dr. Peter Marks, who oversees the evaluation of new vaccines and medicines at the Food and Drug Administration, warned that there’s no data to suggest how well or how long a single shot of either the Pfizer-BioNTech vaccine or the one from Moderna would protect someone from developing COVID-19. People who receive a single dose might “assume that they are fully protected when they are not, and accordingly, alter their behavior to take unnecessary risks.” The uneven effectiveness of the vaccines given under such conditions could undermine public confidence in vaccination efforts, he said. 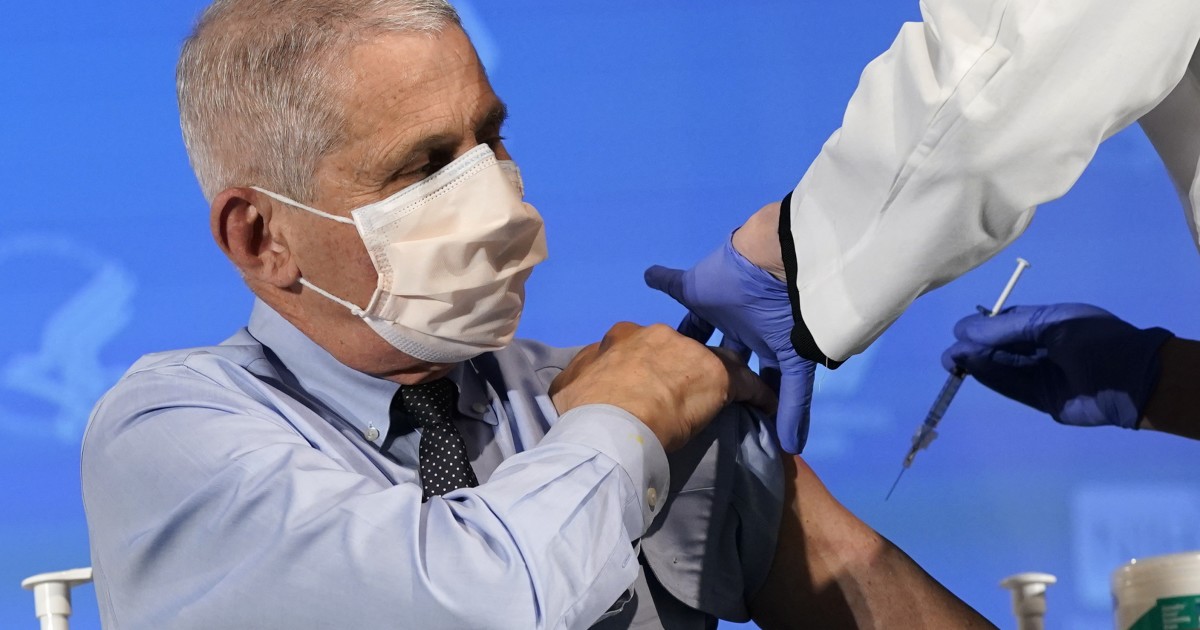 To see also :
Please, healthcare workers, get your COVID vaccine shot
To the editor: I am 75 years old. I have watched a…

Who will get vaccinated next?

Azar effectively opened the line to an estimated 261 million people. He invited all 47 million Americans 65 and over who aren’t in long-term care facilities to step forward for their shots. And he told states they should vaccinate the more than 100 million adults with one or more of the chronic health conditions that make them more vulnerable to a severe case of COVID-19. (These conditions include obesity, diabetes, coronary artery disease and cancer.)

That was a dramatic departure from the CDC’s recommendations for which groups should get scarce doses of vaccine first. After 10 public meetings, an expert advisory panel concluded that the nation’s 21 million healthcare workers and 6 million residents of nursing homes and other group settings should go first, followed by 87 million essential front-line workers — a category that includes teachers and bus drivers, first responders, grocery and postal workers, corrections officers and people employed in manufacturing and food service jobs.

Front-line workers were prioritized over seniors because they are less able to protect themselves from infection by staying home. But it was also an explicit attempt to depart from a longstanding reality of healthcare in the United States: that scarce resources go first to the affluent, educated and socially connected, and last to people with less money, less education and less access to a doctor. 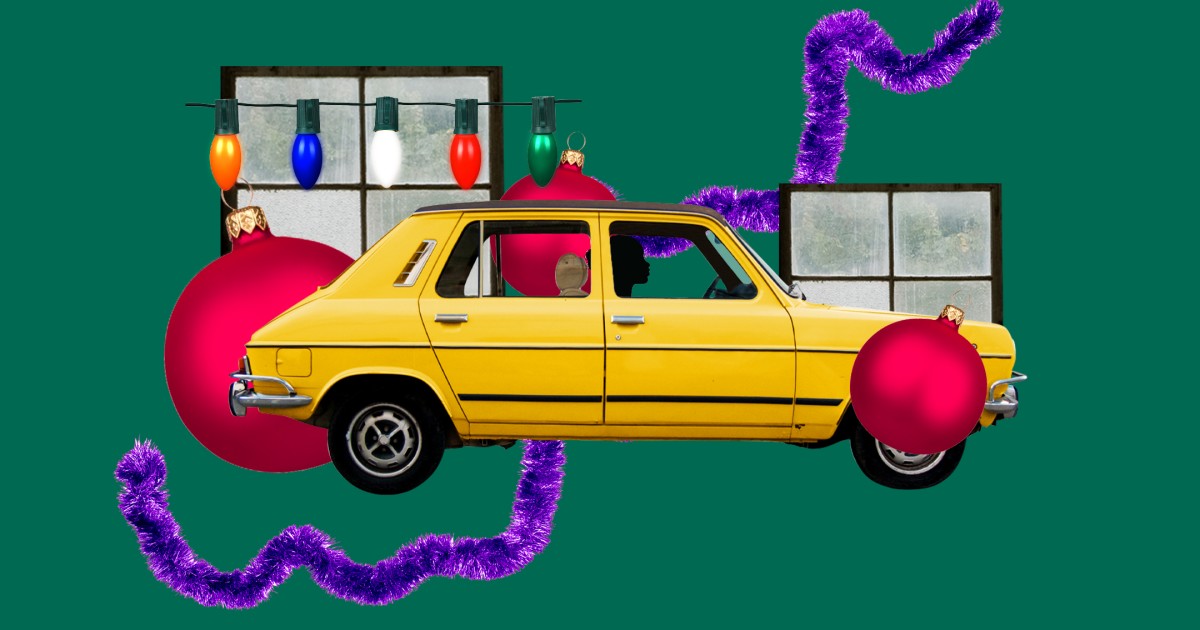 To see also :
What to do on Christmas Day 2020 in Southern California
With theaters and theme parks still tightly closed due to COVID-19 —…

What’s wrong with that?

A lot of these workers are hard to reach. They have trouble finding the time, transport and access to a doctor they’d need to get a COVID-19 vaccine. On the same subject : California playgrounds to stay open amid COVID restrictions. And they’re not so sure they want it. Owing to a long history of abuses at the hands of the medical establishment, many Black Americans are wary that early access to vaccines is simply a ruse to use them as medical guinea pigs.

Overcoming these obstacles will require mass-vaccination drives, outreach campaigns, advertising and other assistance. And that takes money and manpower most states simply did not have.

But they have it now (and the Biden transition team has vowed to get them more funds still). After months of partisan wrangling, President Trump signed a bill on Dec. 27 that parceled out $87.5 billion to the states for vaccine distribution, including $300 million for a “targeted effort to distribute and administer vaccines to high-risk and underserved populations, including racial and ethnic minority populations and rural communities.”

Not surprisingly, these efforts have scarcely gotten off the ground.

Is this why things are so chaotic?

Yup. With 261 million Americans eligible for the vaccines but only about 31 million available, it’s a free-for-all.

Azar said this week that efforts to prioritize essential workers “stood in the way of vaccines’ reaching a broader swath of the vulnerable population more quickly.”

“It’s time to move on to the next phase of the vaccination campaign,” he added, likening it to boarding an airplane. If groups 1 and 2 have had their chance to get on board but some of those passengers haven’t gotten in line, it’s OK to move on to group 3.

A lot of Americans are perfectly fine with that. In a Harris Poll, 31% of respondents said they’d prefer a first-come, first-served approach over one that gave priority to certain groups.

But doesn’t that make some sense?

It makes more sense in light of a new development: the rise of that more transmissible coronavirus strain. As the U.K. strain digs in, it is expected to drive numbers of new infections higher than ever — and with them, hospitalizations and deaths.

Short of more draconian public health measures, for which there is waning public patience or political will, vaccines are the only way to blunt that run-up. The more Americans who get some measure of protection, even if it’s partial, the more downward pressure the country can put on new infections.

Three studies published last week in the Annals of Internal Medicine offered evidence that by pushing first doses out faster, new infections could be averted and case rates slowed.

One of those modeling exercises explored the trade-off between speed and the more limited effectiveness of a single dose. Researchers from Stanford concluded it made sense not to tie up second doses in refrigerators but to push them out instead.

The Stanford team assumed that over eight weeks, about 24 million people would get at least a first dose of vaccine. And on the basis of the scant available data, the team assumed that a single dose would reduce a recipient’s risk of developing COVID-19 by just over 50%.

Under those conditions, the number of people who develop COVID-19 could be cut by between 23% and 29% compared to a strategy of holding back half of all doses now to keep on hand for use as second doses, the researchers estimated.

“This is not a magic solution,” said coauthor Joshua A. Salomon, a senior fellow at Stanford’s Center for Health Policy. Among other issues, if vaccine supply collapses in the coming months, Americans may wind up more vulnerable because the immunity of a single-dose-only inoculation may not last very long.

But for now, he said it’s clear that the shots need to get into arms: “We need to get an aggressive supply to states. And, states need to ramp up delivery. Really both need to happen.”

What’s wrong with giving vaccines to seniors and people with underlying health conditions?

Good question. After all, these are the people most likely to become very sick, and to die. And they’re more willing to seek out the vaccine, show up to get it, and return for their second dose than many of the essential front-line workers who were supposed to come before them. Indeed, their eagerness is why so many scheduling websites are crashing right now.

If they get vaccinated in large numbers, hospitalization and death rates are likely to decrease quickly. And not only will they protect themselves, they may also prevent secondary infections — those passed on to people they come into contact with, and the people who in turn come into contact with those people.

So the new plan may be less fair but more effective at slowing the pandemic?

At this point, we may never know if Black Americans’ reluctance to get the vaccine early could have been overcome, or if vaccine uptake could have been increased by focusing distribution efforts on communities of color. Such efforts didn’t get off the ground fast enough.

At the same time, if people who are more likely to occupy hospital beds or die get vaccinated in large numbers, medical resources could be freed up to care for everyone else.

“People are going to be unhappy no matter what you do,” said Dr. Paul Offit, a pediatrician at Children’s Hospital of Philadelphia who served on the CDC’s vaccine advisory committee. “There’s a limited amount of vaccine, and many will die. This is a Titanic situation: Everybody needs to get off the ship as fast as possible and there aren’t enough lifeboats.”