Even as parts of California move to widen the pool of who can get the COVID-19 vaccine, officials are continuing to preach patience as the demand for doses still far outstrips supply.

A sign of this challenging contrast emerged Wednesday when Los Angeles County announced that some teachers, food and agricultural workers, and first responders would begin receiving COVID-19 vaccinations in two to three weeks.

Until significantly larger shipments of the two vaccines being used in the U.S. start rolling in consistently, officials say it will still take time to finish vaccinating those who are eligible now, let alone the millions more Californians who have yet to get in line.

“With very limited vaccine supply and uncertainty in the timing for increased production, a realistic and carefully developed plan for expanding vaccination availability to these additional sectors is being developed,” L.A. County Public Health Director Barbara Ferrer said Wednesday.

Some officials are concerned about expanding vaccine eligibility until more seniors are inoculated.

Orange County, for instance, will continue to focus on residents 65 and older for the next two weeks, Dr. Clayton Chau, director of the Health Care Agency and health officer for the county, said Tuesday. Other groups already eligible for the vaccine in Orange County are healthcare workers, residents of long-term care settings and law enforcement employees who work in areas with high COVID-19 rates, such as Anaheim and Santa Ana.

“Adding more people [to those eligible to get the vaccine] will give the seniors less opportunity to get vaccinated,” Chau told the county Board of Supervisors on Tuesday. “And I just want to remind folks that they are the most vulnerable population.”

What are the changes in L.A. County?

The details of how to expand vaccine eligibility to L.A. County teachers and workers are still being ironed out, but the move represents a significant expansion of the county’s vaccine rollout. To this point, only healthcare workers and those who live in long-term care facilities or are at least 65 years old have been able to book appointments.

With the majority of L. Read also : Another thing the pandemic took from us: work friends.A. County’s seniors still waiting to receive their shots, officials warned it will take time to administer doses to large numbers of educators, child-care workers, food and agricultural employees, and emergency services and law enforcement workers.

More than 1.3 million Angelenos who work in those fields would be eligible to be vaccinated. They include about 668,000 teachers, child-care workers and other educators; at least 548,000 food and agriculture workers, which include grocery store employees; and about 155,000 workers in law enforcement, the courts and dispatch offices.

About 2.2 million L.A. County residents are already eligible, and the county still has significant work to clear that queue.

Of the roughly 4.4 million doses L.A. County would need to vaccinate all those who are already in line, the county has received only 1.28 million doses, 1.05 million of which have been administered as of last week.

Ferrer said about 80% of seniors have yet to receive a single dose, and both vaccines that are in use — Pfizer-BioNTech and Moderna — require two shots, taken weeks apart. 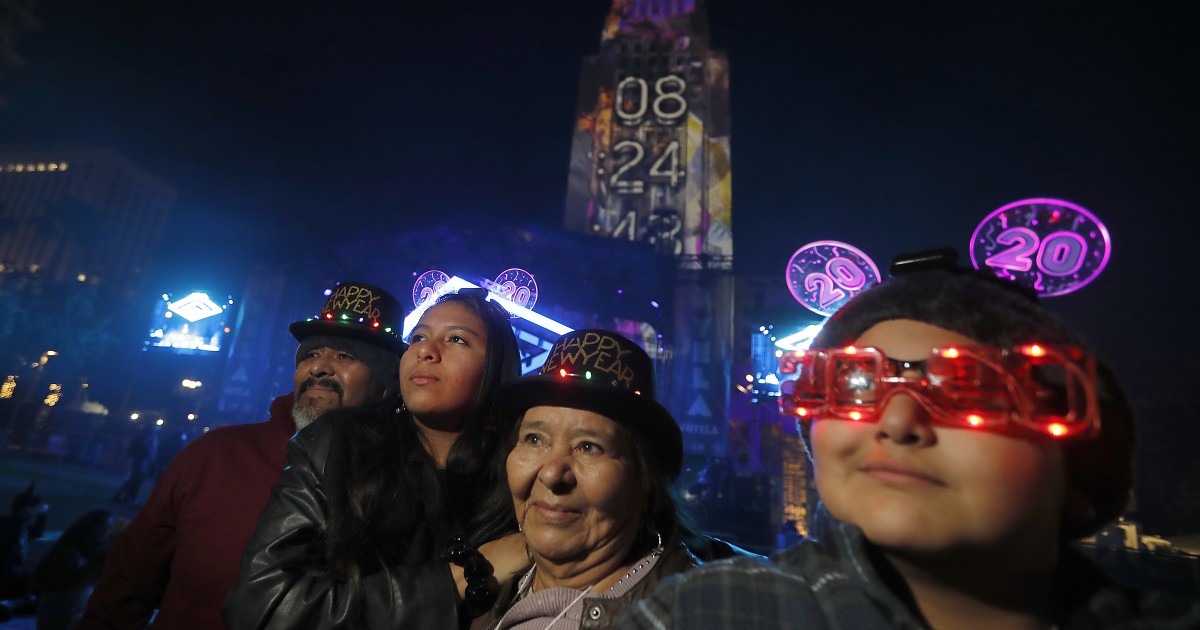 L.A. County officials expect vaccine supplies to remain limited in the near future, at only about 200,000 doses a week. And as shipments have to be divvied up between first and second doses, there will be a natural cap on how many people will be able to start their vaccine regimen.

Officials, however, hope that the shortage will ease in the coming months — particularly with the expected arrival of the Johnson & Johnson single-dose vaccine, assuming it gets the OK from U.S. drug regulators. Two other potential vaccines are also on the horizon.

“So for now, it will take us time to reach everyone. See the article : Op-Ed: How remote working after COVID could change L.A.. And in these times of vaccine scarcity, we do need to ask that everyone be mindful of waiting for your turn,” Ferrer said.

Los Angeles County, by far the nation’s most populous, has seen its vaccine shipments seesaw wildly over the past month, making it difficult for officials to accurately peg the amount of supplies they’ll have. About 193,950 doses arrived the week of Jan. 11, but 168,575 were delivered the following week and only 137,725 arrived the week after that.

Officials throughout California have lamented the limited and variable vaccine shipments they’ve received, saying they have the capability to provide significantly more shots. 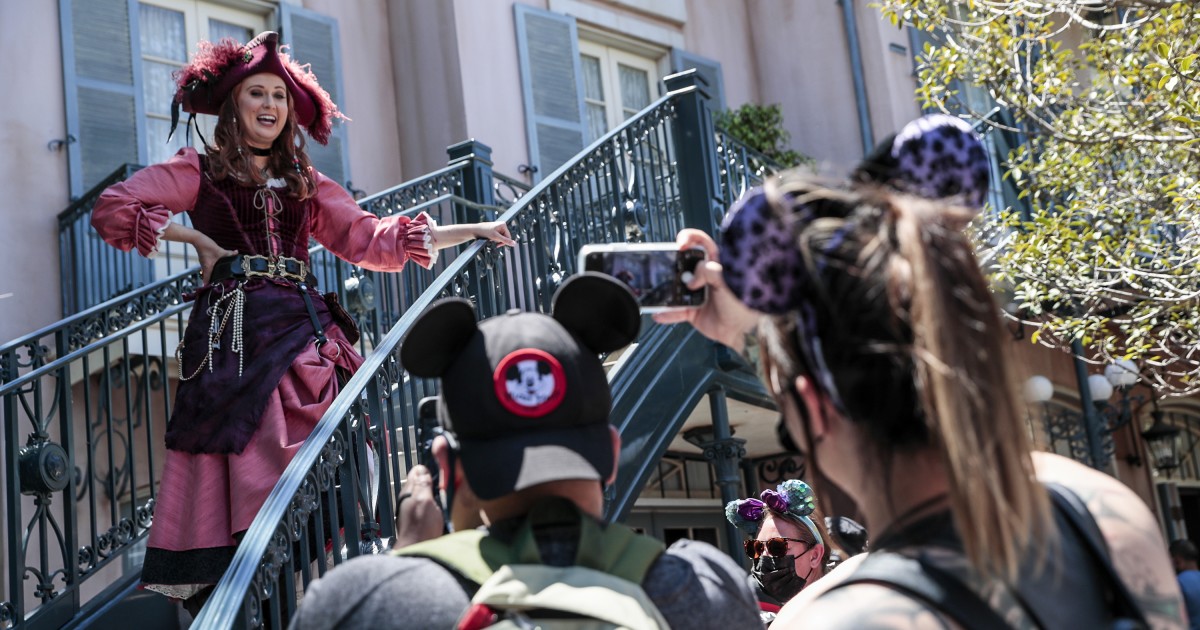 On the same subject :
Why Disneyland lines for locals only are in flux right now
For the first time ever, Richard Grant of San Diego felt dizzy…

Having exhausted its supply of first doses of the Moderna vaccine, Los Angeles will temporarily close its drive-through and walk-up vaccination centers, including the largest site at Dodger Stadium, Garcetti said Wednesday. The centers will remain closed at least through Saturday.

The mayor described the city’s vaccine supply as uneven and unpredictable: This week the city received 16,000 doses, only about 3,000 more than city officials have administered, on average, per day across the five inoculation sites. This may interest you : COVID-19 surge meant cancer patient died without critical care. By comparison, the city secured 90,000 doses last week and 29,000 the week before, he said.

Anyone who has received a first Moderna dose will receive a second shot, Garcetti said. The city has administered 293,252 vaccines to date, using 98% of the doses it has received, he said.

The city will keep open mobile vaccination clinics that have been dispatched to areas of South Los Angeles where residents have been infected and killed by the virus at disproportionate rates, the mayor said.

Garcetti said he hopes to reopen the city-run drive-through centers Tuesday or Wednesday. 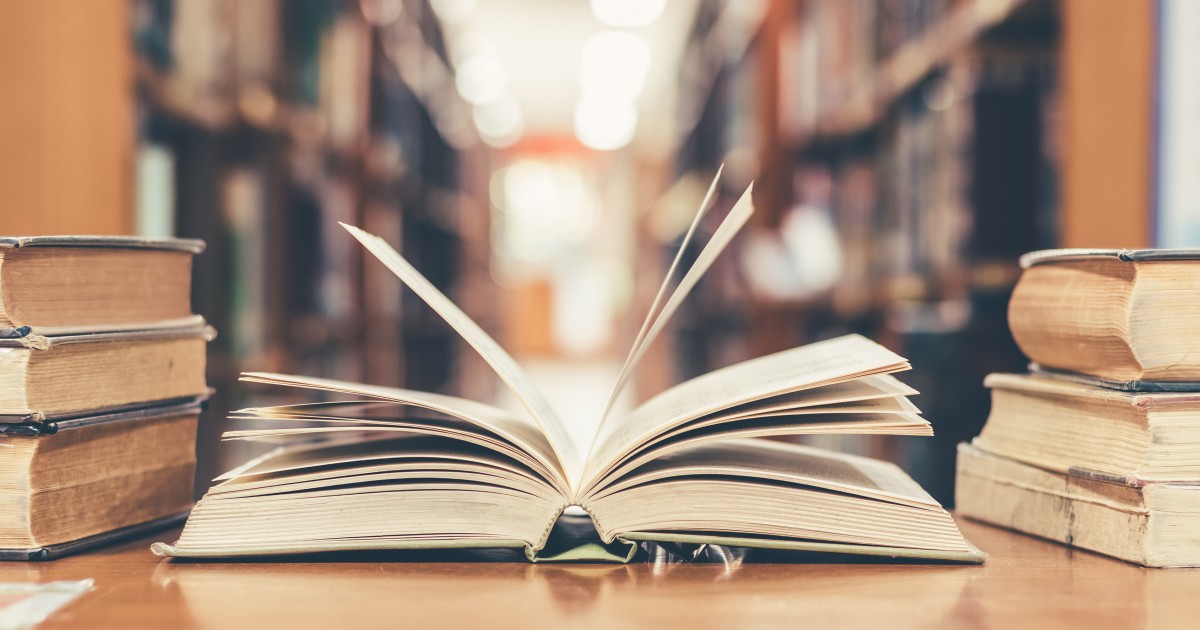