Los Angeles is careening toward catastrophe.

An explosion of COVID-19 patients has begun to flood hospitals and may soon force doctors to ration care. The number of available beds in intensive care units is rapidly dropping to zero, as healthcare providers plead with people not to come to emergency rooms unless it’s a matter of life or death.

“Ambulances are circling hospitals for hours trying to find one that has a bed open so they can bring in their critically ill COVID patient gasping for air,” a doctor at an L.A. County public hospital said last week, describing the “apocalyptic” scene. “We’re literally hanging on by a thread.”

And there are no signs of reprieve. The number of COVID-19 patients in hospitals is expected to grow through January — or beyond, if Christmas traveling and social gatherings fuel further spread of the virus.

If there is yet another wave in a few weeks, it “will result in Northern Italy-slash-New York visions of people in hallways,” L.A. Mayor Eric Garcetti said in an interview. “We’re on the verge of that.”

The dire situation has prompted confusion and dismay among Angelenos, many of whom are wondering whether their sacrifices over the past nine months have been for naught. L.A. County was an early adopter of masks, quickly instituted stay-at-home orders in March and November and, until this point, has kept its rate of coronavirus cases and COVID-19 deaths relatively low.

So what went wrong?

Interviews with 31 epidemiologists, health experts and public officials offer clues: L.A. was far more vulnerable to an extreme crisis than nearly anywhere else in the nation.

The trifecta of fatigue, winter weather and holiday travel that has led to more coronavirus transmission across the country hit here, too — and became the match that lit the tinderbox.

The popular image of L.A. — hillside mansions, urban sprawl and drivers cocooned in their cars — belies the gritty reality. L.A. County, home to more than 10 million people, suffers from high rates of poverty and homelessness, huge numbers of essential workers and some of the densest neighborhoods in the nation.

“There is no city as large and complex as L.A. The closest might be New York. And we saw what happened in New York,” said Dr. Kirsten Bibbins-Domingo, an epidemiologist at UC San Francisco.

Experts also pin L.A.’s problems on rules that can appear inconsistent or arbitrary, as well as a confusing patchwork of policies across Southern California. Additionally, the county is investigating whether a more contagious strain of the virus, circulating in the United Kingdom, could be partly to blame.

L.A. for the most part has taken the right steps, according to epidemiologists, and with a bit of good luck, managed to keep a crisis at bay for months.

“Now, some of that luck has run out,” Garcetti said.

By Thanksgiving week, 4,000 people were testing positive each day, at the time a record for the county. L.A. County Public Health Director Barbara Ferrer thought the numbers had likely reached their peak.

“We realized, ‘Oh, my God. We’ve got everyone traveling, like hundreds of thousands of people are traveling,’” she said in an interview last week. “We at that point got really scared, because we just sort of knew in our core that we were headed to a surge on top of a surge.”

The coronavirus took off throughout California in November, the beginning of a spike that had been predicted months prior. The progression mirrored that of the 1918 flu pandemic in the U.S., when the fall peak was five times greater than that of the spring.

The coronavirus is thought to thrive in colder, drier weather, making transmission more likely during this time of the year. Short days in the winter may also push people to spend more time indoors, where the virus can easily spread.

Until November, California had avoided the huge outbreaks that had erupted elsewhere in the nation, so once the virus started circulating more, a higher proportion of the state’s population may have been susceptible, experts say. Additionally, having not seen as much early devastation firsthand, Californians may have had a false sense of confidence that the pandemic was manageable.

“People get tired,” said Dr. Grant Colfax, San Francisco’s public health director. “This has been a long 10 months, and I think people started to let their guard down a little more, because we were in relatively good shape.” 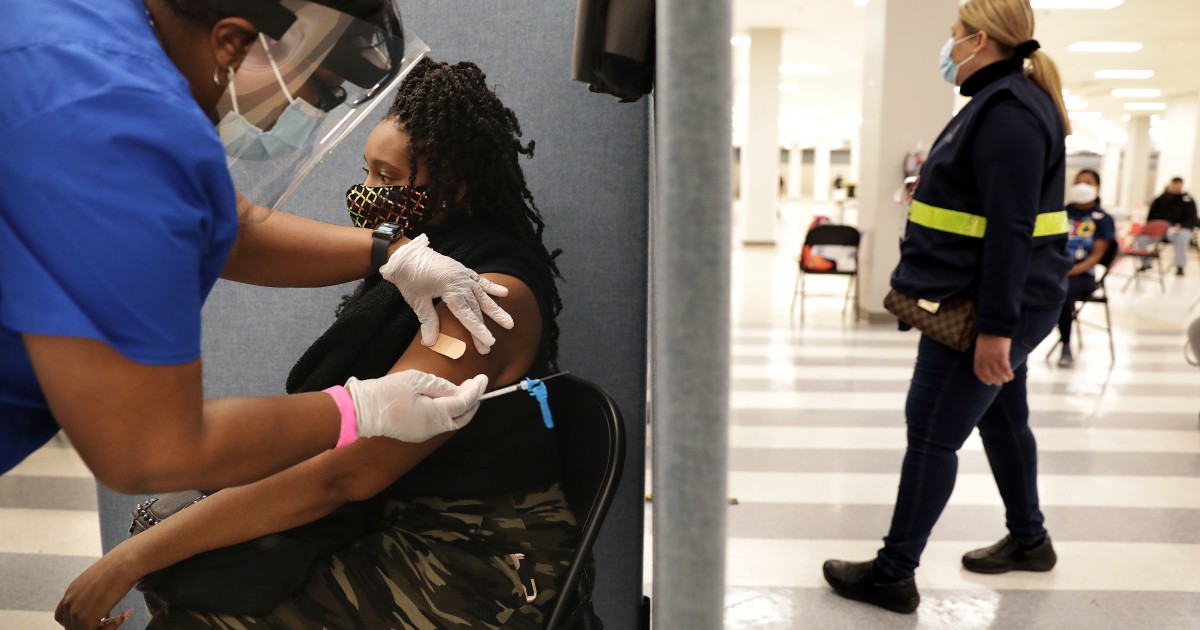 This may interest you :
How to handle anxiety over Johnson & Johnson COVID-19 vaccine
James Taber first heard of the federal government’s recommendation that states pause…

Once transmission picked up in the fall, L. On the same subject : Op-Ed: Judge who ruled on L.A. County outdoor dining was wrong.A. faced unique challenges.

L.A. County has a huge manufacturing sector and two of the biggest ports in the nation — industries staffed by people who work in the kind of close quarters that can facilitate spread of the virus. L.A.’s factories — where individual outbreaks have infected more than 400 people — have been a major driver of cases throughout the pandemic.

L.A. County also has a high “social vulnerability” score as calculated by the U.S. Centers for Disease Control and Prevention, a measure of how severely affected a region may be by a natural disaster or disease outbreak, based on factors that include average income, education and housing status. The county’s score is worse than anywhere in the Bay Area or neighboring Ventura and Orange counties, suggesting that it was always going to be more difficult for L.A. to withstand a COVID-19 surge without deadly consequences.

“That’s what’s come home to roost: that Los Angeles has the combination of poverty and density that leads to a virus like this being able to spread much more quickly and be more devastating,” Garcetti said.

But in L.A., it is common for a working-class family of four, five or even more to share a costly one-bedroom apartment.

Among the 25 biggest metropolitan areas in America, L.A. has the highest percentage of overcrowded homes, according to 2019 data from the U.S. Census Bureau. Eleven percent of L.A. homes are considered overcrowded, compared with about 6% in New York and the Bay Area.

An analysis published in June in the Journal of the American Medical Assn. found that the odds of falling sick from the coronavirus were not significantly affected by the poverty rate or density of a person’s neighborhood but clearly increased as overcrowding increased. A cramped home may have nowhere for an infected person to isolate to prevent others from falling ill.

“The more people you have infected, and the more densely people are housed, the more links there are going to be,” said UC San Francisco epidemiologist Dr. George Rutherford.

In a county as large as L.A., that spread turned into “exponential growth,” with each new person infected making it more likely that others would become infected, Ferrer said. Currently, 1 in 95 people in the county is estimated to be infectious with the coronavirus. 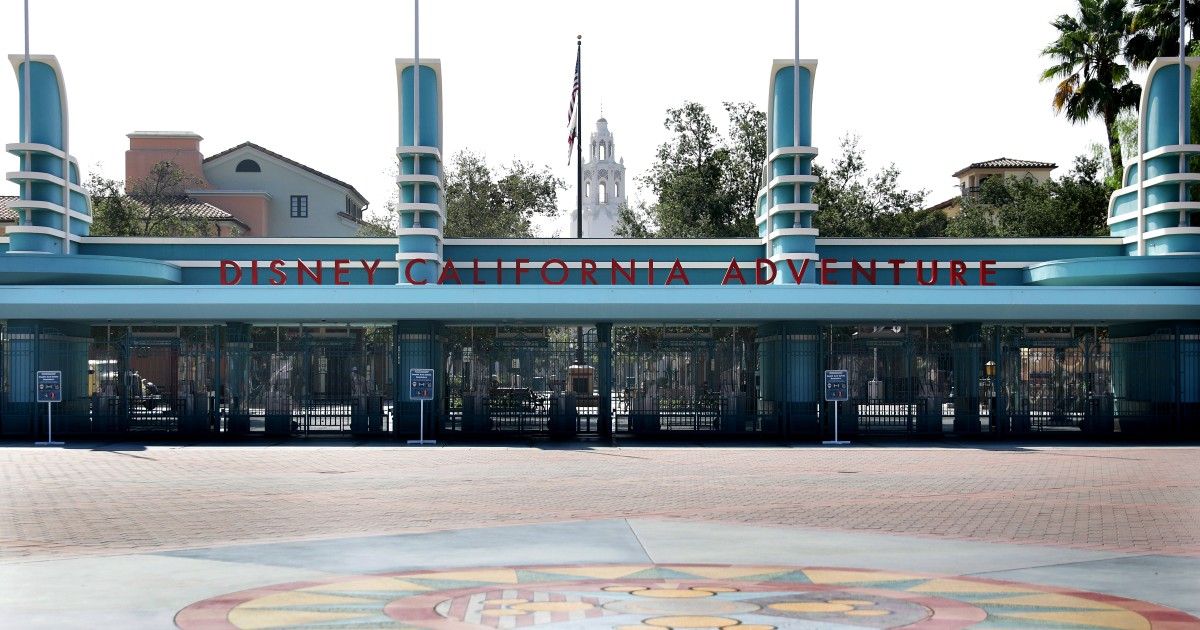 Read also :
L.A., Orange counties will reopen faster than some neighbors
Southern California is poised to reopen a wider swath of its economy…

‘I don’t think people are listening’

Ferrer is now focusing on breaking the cycle of transmission. Her department banned outdoor restaurant dining, and state officials issued a regional stay-at-home order that lasts through the holidays. See the article : Southern California ICU capacity falls amid COVID-19 surge. But she knows she has lost some public trust in recent months.

In the spring, “I would drive to work each day, and there would be, like, two cars on the road — nobody was out. And we definitely don’t have that this time around,” Ferrer said. “I don’t think people are listening as much.”

Ferrer said dissenting views from local elected public officials that have emerged in recent months have eroded adherence to regulations. Two members of the county Board of Supervisors, Kathryn Barger and Janice Hahn, excoriated the Department of Public Health for pushing the ban on outdoor dining. The three other supervisors and Garcetti have backed public health officials.

“As soon as there’s a sense that there’s not unity — that we’re not all speaking with one voice — also creates a different kind of confusion and, in some cases, has given rise to a lot of defiance,” Ferrer said. “That’s a disaster for us.”

In San Francisco, where officials report that new daily coronavirus cases have started to level off, visits to retail and recreation spots are down by 55% compared with the baseline, according to Google’s COVID-19 Community Mobility Report. In L.A. County, they’re down by just 24%.

Some experts suggest that L.A.’s decreasing adherence to public health guidelines may be due to overly strict rules that have sown distrust among a once-compliant public. The recent controversial closure of playgrounds (later reversed) and ban on small outdoor gatherings, while indoor retail businesses remain open, have led to criticism that decisions are being driven by economics instead of public health considerations.

“Gatherings with masks outside are a very low-risk activity, and so, to restrict that, I think, is misguided,” said Leo Beletsky, a health sciences professor at Northeastern University. “There’s been a number of instances where restrictions have not been closely tailored to the evidence and haven’t been clearly communicated, which has opened the door to misinformation.”

Ferrer and other experts have defended rules to reinstate a ban on most gatherings, pointing out that it’s clear that when people aren’t mixing, new infections go down. She acknowledged, however, that it’s a complicated message to explain that activities considered OK a few months ago are no longer safe, because of the sheer number of people who are ill.

In general, the rules in place throughout the pandemic have helped L.A. greatly, Ferrer said — a view with which many experts agreed.

While L.A.’s case numbers are astronomical, that is in part due to widespread testing, making it hard to compare the region to other parts of the country, she said. When it comes to cumulative rates of death, which are less influenced by the availability of testing, 93 of every 100,000 people in L.A. County have died of COVID-19, fewer than the 134 in Illinois, 121 in Arizona and 103 in Florida. If L.A. County were a state, it would rank about 28th in terms of death rate.

But Ferrer knows that could soon change. The sound of sirens became a soundtrack to the holiday weekend in parts of L.A., as hospitals were swarmed with COVID-19 patients. Early data show high rates of travel last week, suggesting that a devastating, even worse, surge looms.

Already, Gov. Gavin Newsom has ordered 5,000 body bags, most of them earmarked for Los Angeles County. 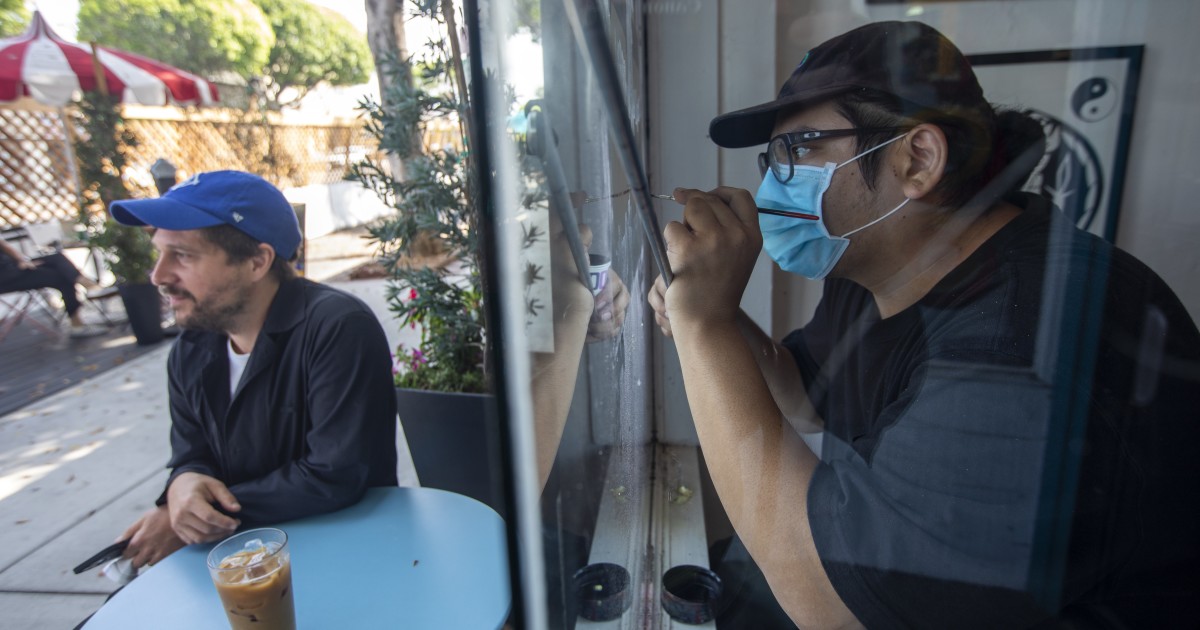