Hoag Memorial Hospital, the most respected medical institution in Orange County, has been affiliated with the giant Catholic hospital chain Providence Health since 2016. But you wouldn’t know it from Providence’s publicity materials.

The chain removed Hoag’s three facilities from its website listing of Southern California locations sometime in late October or early November. But that was just one of several actions Providence, which is based in Renton, Wash., has taken against Hoag.

In June, Providence terminated Hoag’s specialists from St. Joseph Heritage Healthcare, its network of medical providers for managed care plans in Southern California. According to USC healthcare expert Glenn Melnick, who has been consulting with Hoag officials, Providence didn’t inform patients of the change until late November, giving them little time to find new specialists before they had to choose their healthcare plans for 2021.

These changes all followed the filing of a lawsuit by Hoag in May to dissolve its affiliation with Providence. The lawsuit says that the expanding imposition of Catholic Church restrictions on healthcare upon Hoag’s largely nonsectarian operations and Providence’s undermining of local and community decision making.

Some at Hoag connect Providence’s actions directly to Hoag’s effort to extricate itself from the affiliation.

“Cutting off access to specialists feels retaliatory,” says Robert Louis, an experienced specialist in pituitary surgery at Hoag — a rare specialty that Louis had spent seven years developing at Hoag. The burden, he adds, falls directly on patients.

Providence’s cutoff, Louis says, came at a time of year when demand for his services peaks — both because the holiday period affords patients time to recuperate and because many have reached the deductible limits of their health plans and therefore incur lower charges.

“The rug is being pulled out and the patients are the ones who are stuck,” Louis says. Providence has referred some patients to experienced specialists in the surgery at UCLA Medical Center and Cedars-Sinai Medical Center, but that means patients must travel across town for the delicate procedures and will be far from their doctors if complications arise.

Providence’s notice to patients that Hoag facilities and physicians would be dropped from its network came at an especially inopportune time — during the late-2020 surge in COVID-19 cases and hospitalizations and toward the end of the open enrollment period for 2021 health plans.

“It was the most inappropriate, inexplicable and harsh thing to do to a lot of patients,” Hoag Chief Executive Robert T. Braithwaite told me. “Finding a new physician or new specialist is particularly hard on seniors and any patient who has a chronic condition and has established a long-term relationship with an endocrinologist or rheumatologist or cancer doctor.”

Providence says it disagrees that patients have been disadvantaged and attributes recent policy changes to Hoag’s actions.

“We are committed to the well-being of our communities and to serving patients with high quality and compassionate care,” a Providence spokeswoman, Patricia Aidem, told me by email.

The cutoff of Hoag providers provoked an objection from the health insurance carrier Cigna, which complained in September about Providence’s dismantling of its “open referral network,” through which patients with doctors at any Providence-affiliated facility could access services at other Providence hospitals, including Hoag. The change meant that Hoag facilities and medical staff would no longer be available to other enrollees in the Heritage network as of Jan. 1, 2021.

A Cigna executive reminded Providence and Hoag officials that the insurer had already begun renewing health plans for clients for 2021. “If this arrangement is discontinued prior to January 1, 2022 we will all be accused of bait and switch in selling a network that is not delivered …. I fear we will all lose credibility if there is an abrupt discontinuance of the current open network referral policy.”

Cigna proposed that Providence and Hoag draft a reciprocity agreement to keep Hoag physicians accessible to Providence patients. That was not done.

Providence has been fighting Hoag’s effort to end the affiliation in court. It argues that Hoag has no right to unilaterally dissolve the affiliation, and its board members, who authorized the legal battle, have no standing to file the lawsuit. Orange County Superior Court Judge David A. Hoffer rejected those arguments on Feb. 1 and scheduled further proceedings for next month.

Hoag, for its part, says the partnership is effectively nonexistent except as an instrument for Providence to impose its will on Hoag, to the disadvantage of the local community.

Referring to Covenant Health Network, the formal name of the partnership, three members of Hoag’s board of directors asserted in a Dec. 17 letter to Covenant’s chairman that “CHN is in a complete state of dysfunction.”

CHN, they wrote, is “an empty shell without staff or assets … being used by Providence to rubber stamp decisions made by Providence executives … as well as to keep Hoag a captive affiliate within the system.”

Melnick agrees. Providence’s actions over the last few months, he stated in his declaration, have made a mockery of the partnership’s original goal of enhancing local and regional healthcare.

“Providence appears to be anticipating the ultimate dissolution of CHN, and is treating Hoag as a future competitor while at the same time exerting control over Hoag through CHN, ” he wrote. “The impact on patients has been immediate and painfully disruptive.”

In early October, Erik G. Wexler, CEO of Providence’s Southern California division, posted a video on its website stating that “not only has this affiliation strengthened Hoag, but it has also provided Orange County with a strong network of leading-edge, nationally recognized medical centers and affiliated physician networks.”

Notwithstanding Wexler’s assertion, Providence agreed to give Hoag its independence — for a fee. Prior to Hoag’s filing its lawsuit, Providence set a price tag so steep that it would render the institution financially impaired, according to a source close to the talks who was not authorized to speak publicly and asked to remain anonymous.

Providence has reduced its price more recently, but it would still be a burden for Hoag, the source asserts. Providence confirms that the talks have gone on, but says they’re confidential.

The Hoag-Providence case underscores the drawbacks of the increasing consolidation of America’s hospital and provider systems into a shrinking number of mega-systems.

These consolidations are almost always sold as a route to better and more efficient healthcare, enhanced access to quality care for patients and lower costs. In practice, they often yield less responsive services, more restrictions on care and higher costs — without any improvement in medical outcomes.

Hoag physicians and staff have documented their frustrations with the Providence relationship.

Providence blames all this difficulty on Hoag. “The termination of Hoag-affiliated specialists from the Heritage network is a result of Hoag’s decision to leave the network,” Aidem told me by email (emphasis Aidem’s).

But Hoag says nothing prevented Providence from keeping the Hoag doctors in its network, as it does other medical groups unaffiliated with Providence facilities.

Aidem also says that Hoag was dropped from Providence’s advertising and website because the hospital refused to participate in “our updated brand identity rollout,” which includes a modernization of Providence’s logo. She says the deletion of Hoag from the Providence website “has nothing to do with Hoag’s continued affiliation with Providence.”

We’ve reported before on the conditions that led to Hoag’s effort to disaffiliate from Providence, but a brief recap is in order.

The affiliation began in 2012 as a partnership between Hoag and St. Joseph Health System, a Roman Catholic chain with five hospitals in Orange County. The announcement of the partnership stated that both entities would “retain their individual identities and faith affiliations — Presbyterian and Catholic, respectively.”

The deal was supposed to be beneficial for both parties and the community. St. Joseph would gain from Hoag’s luster as a local institution; Hoag would gain some financial stability. The public’s access to quality healthcare would expand.

Hoag physicians, however — especially those in the field of women’s reproductive services — feared that Hoag would become subject to Catholic healthcare restrictions, which bar almost all abortions as well as contraceptive care and sterilizations such as tubal ligations. They were assured that nothing in their practices would change.

That was a lie. Soon after the arrangement was formalized, the Hoag doctors were informed that abortions could no longer be performed on the premises.

Hoag doctors and administrators say pressure on them to comply with church restrictions heightened after St. Joseph affiliated with Providence in 2016, creating the nation’s seventh-largest hospital chain and fourth-largest Catholic chain, with 51 hospitals. The restrictions are embodied in the Ethical and Religious Directives for Catholic Health Care, issued by the U.S. Conference of Catholic Bishops, which bar abortions, distribution of contraceptives and sterilization procedures such as tubal ligations at Catholic hospitals.

Several members of Hoag’s professional staff filed a confidential complaint with then-California Atty. Gen. Xavier Becerra’s office on Oct. 9, asserting that “Providence has increasingly disallowed women’s health services when they involve any form of contraceptive care,” even when IUDs are prescribed for reasons other than birth control, such as heavy menstrual bleeding.

Hoag staff and representatives say the affiliation has fallen short in many other ways. Although it was originally pitched as a means of strengthening local and regional healthcare services in and around Orange County, they say Providence has increasingly centralized decision making in Renton.

“There has never been a true partnership relationship,” radiologists and lab and pharmacy staff told Becerra in August.

As we’ve reported before, the affiliation of Hoag with St. Joseph and subsequently Providence was a bad idea from the start. The passage of time hasn’t made it look any better. If Providence really believes in improving healthcare in Southern California, it will cut Hoag loose, without extracting a ransom. 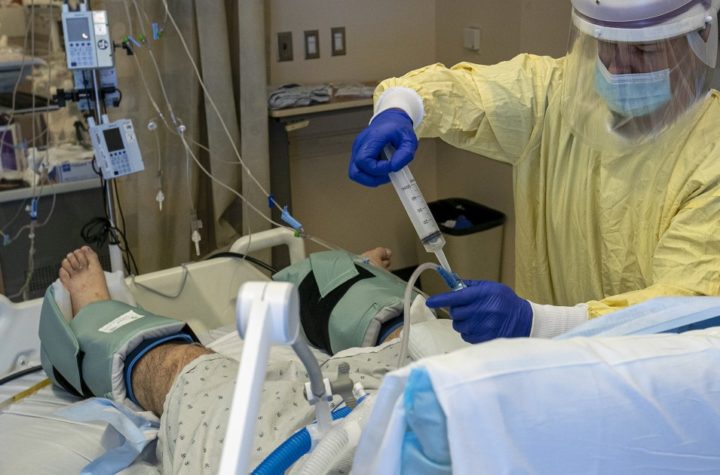 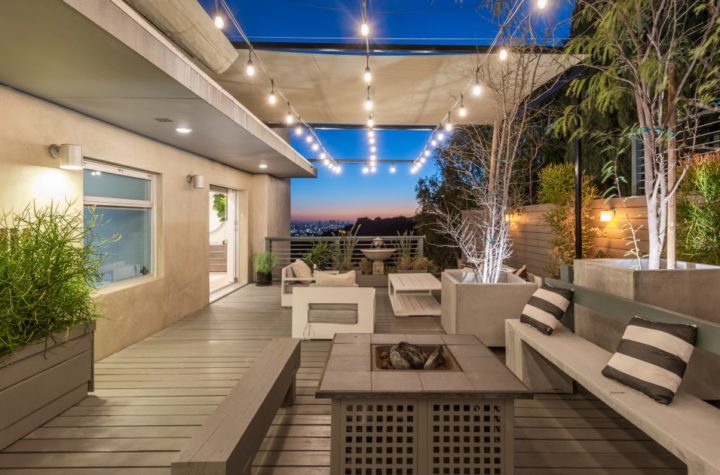