What do you do on lockdown if you are one of the world’s most popular and highly regarded artists?

If you are David Hockney, you draw. All day. Every single day.

“I knew that to do anything really worthwhile at my age, I’d have to isolate myself,” said the 83-year-old artist. “Then came the lockdown in March, and I didn’t mind at all because it meant there wouldn’t be any visitors, and I could get a long run on work. And I did.”

It no doubt helped that the longtime Los Angeles resident had spent much of the last two years on 4 acres in Normandy, France, in a 17th century cottage with a new studio, two assistants and his dog, Toby. There, sitting by a roaring fire, a non-alcoholic beer in one hand and a cigarette in the other, Hockney radiated considerable well-being during an 80-minute Zoom call earlier this month.

And why not? The artist is enjoying one of the most productive periods of his life. His first batch of Normandy drawings, largely of his new surroundings, has been on view at Paris’ Galerie Lelong since October and recently extended until the end of February. Scheduled for 2021 are exhibitions at the Royal Academy of Arts in London and the Musée de l’Orangerie in Paris.

Although Hockney knew he was ready to take on a big project, he said, he didn’t necessarily plan on doing it in Normandy. Then, in late 2018, he was in London for the dedication of the colorful stained-glass window he’d created for Westminster Abbey, and he didn’t relish the long flight back to Los Angeles. Better to take some time off, he thought, and head to beautiful Honfleur, in northern France, just six hours away by car.

“When we arrived, we watched the marvelous sunset for three hours, and I said to JP [Hockney’s studio assistant and partner, Jean-Pierre Gonçalves de Lima] that it would be very nice to draw the arrival of spring in Normandy,” the artist said. Years ago, Hockney painted the arrival of spring in northern England’s Yorkshire, not far from where he’d grown up, and relished the notion of drawing it again in the French countryside that had inspired the Impressionists.

Hockney wound up buying the first place they looked at. “We fell in love with it,” he said. “It is a seven dwarfs house in the middle of a 4-acre field. There was a shack that had a cider press in it that could be made into a studio, which we did. When we finished that, I thought I’d start the arrival of spring, but I drew all around the house first, and spring was really over before I got it down.”

So, in February 2020, Hockney started again to draw the arrival of the Normandy spring. As the first lockdown came in France, which has reported one of the highest number of coronavirus cases in Europe, the ever-optimistic painter sent out his joyous image of daffodils, titled “Do Remember They Can’t Cancel the Spring.” (More recently, he sent out another missive saying “Remember They Can’t Cancel the Autumn Either.”)

The artist would generally get up with the sun, sometimes as early as 5 a.m. in the summer, and draw on his iPad. It took about a day and a half to do each painting, he said, “and I worked every day of the year. I’d go out and look for something to draw here, which I always found.”

“I began with drawing the bare trees in March, and in April the first blossoms came out, and I drew that,” he said. “Then there were more blossoms, and the leaves began to grow. Then the blossoms would fall off, and you’d have just the leaves. Eventually, the leaves would fall off and it would be autumn.”

Asked if he is seeing nature differently given his new surroundings, he replied that he did.

“In Yorkshire, we lived by the sea, and I had to drive, just a few minutes, to where I would paint and draw. Here I’m right in the middle of it, and I get to know the trees really well. This is a kind of paradise for me.”

One hundred and sixteen of the iPad drawings, covering the period from late February to July, will be printed out “rather big” for the Royal Academy of Arts show at the end of March.

Hockney is quite excited about this project, Galerie Lelong President Jean Frémon said.

“Figurative painters need to find new subjects to be excited. Willem de Kooning or Robert Motherwell had their subjects in their heads, while David has been painting California and Yorkshire for years, and he needed a new challenge. He likes that the light changes. He can walk around his property, and there is endless change in the light, time, space and season.”

Normandy has been cold and rainy lately, but there’s a pickup truck to take him around the property as he draws, “so I can be reasonably warm.” There are also two fireplaces inside, one of which he drew on his iPad and is on the Dec. 21 cover of the New Yorker, where many of his iPad drawings have appeared.

Hockney has no television, but he always has read a great deal. He has books sent to him, and he’s currently reading “For the Love of Music: A Conductor’s Guide to the Art of Listening” by John Mauceri. Besides rereading Marcel Proust, he’s recently read Gustave Flaubert’s novel “Sentimental Education,” George Eliot’s novel “Middlemarch” and stories by Guy de Maupassant. (“Look up his marvelous story ‘Moonlight,’” Hockney urged.)

In a change of pace, the artist also recently drew an iPad image of Beethoven in honor of the composer’s 250th birthday this week. Hockney’s hearing has worsened considerably as he has aged, and the colorful portrait of the deaf Beethoven, which was commissioned by Apple, no doubt reinforced for Hockney his own lifetime love of music and the ability to create great art despite hearing loss.

Hockney stopped going to restaurants, for instance, “because I couldn’t really hear anybody speaking. I’d just hear one big noise, and I didn’t go out much in L.A. for years. I just worked at home, like Picasso did or Monet. That’s all they did. They worked at home.”

Next up for Hockney is a painting project inspired by the 11th century Bayeux Tapestry, a long, scroll-like 11th century embroidered linen cloth that depicts the Norman conquest and which has long fascinated the artist. He’s been working on preliminary drawings, and in January he hopes to start painting. His plan is to depict one year in Normandy on six 10-meter canvases, which he will paint from January to June for its exhibition at the Musée de l’Orangerie next fall.

He doesn’t expect to be back in Los Angeles until the end of next year, but he definitely is coming back, he said. The artist, who calls himself an “English Los Angeleno,” hasn’t sold his home here.

While Hockney has rarely left the Normandy property these many months, the artist, who at 83 has smoked for 67 years, said he’ll “probably” get the COVID-19 vaccine. 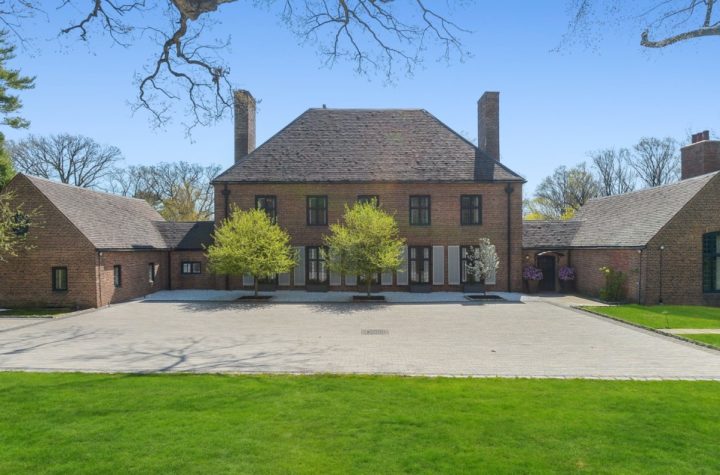 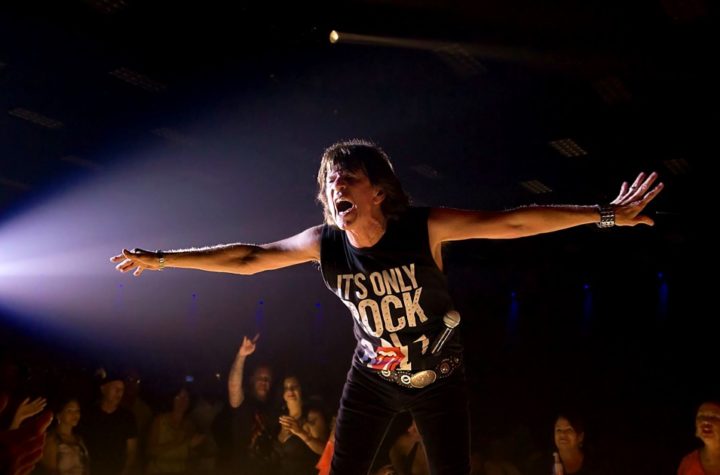