Billionaire bond investor Bill Gross and his girlfriend were found Wednesday by a Orange County Superior Court judge to have harassed their neighbors with loud music, including the theme song to the classic TV show “Gilligan’s Island,” in a dispute over a $1-million outdoor lawn sculpture.

Judge Kimberly Knill also ruled that Gross had failed to prove that his Laguna Beach neighbor, Mark Towfiq, had invaded his privacy.

The decision followed a trial for dueling civil harassment orders that started Nov. 9 and concluded last week after nine days of testimony and closing arguments, including a break when the 76-year-old retired bond investor and his partner were potentially exposed to the coronavirus.

It featured the kind of legal fire power more typical of high-stakes litigation than a dispute between neighbors, with each party employing a battery of attorneys, including quick-on-their-feet trial litigators who questioned 11 witnesses.

Even in Southern California, where fights between rich and famous neighbors are something of a staple, the dispute that broke out in Laguna Beach between a wealthy tech entrepreneur and the even wealthier bond investor attracted attention. One side claimed harassment by loud music after complaining about netting put up to protect the outdoor sculpture; the other side alleged invasion of privacy by a neighbor they accused of being a Peeping Tom.

The blue, blown-glass lawn sculpture by artist Dale Chihuly, whose work adorns the Bellagio Hotel & Casino in Las Vegas, was installed by Gross and partner Amy Schwartz last year near the property line they shared with Towfiq and his wife on a stretch of South Coast Highway home to mansions.

Towfiq testified that while the 22-foot-long installation featuring swimming marlin, traditional Japanese fishing globes and cobalt-colored reeds “wasn’t necessarily our style,” he and his wife Carol Nakahara weren’t bothered by it. However, he said they were far less pleased when their neighbors in April erected a 12-foot-high netting structure to protect the sculpture during tree trimming and stormy weather — yet it rarely came down. Nakahara, on the stand, called it “legitimately like a big soccer net.”

Towfiq said he tried multiple times to resolve the issue, texting Schwartz, contacting the couple’s property manager and even sending a letter. He said he ultimately felt “helpless” and decided to complain to the city, which issued Gross a July 28 notice of violation stating the sculpture and netting structure lacked permits. The next weekend, Towfiq testified, the noise harassment began — “I immediately connected the two,” he said.

A fair portion of the trial was spent on the noise complaints, including the allegation that Gross and Schwartz played the iconic theme song to the classic TV show “Gilligan’s Island” on a loop at all hours. Towfiq testified the music from their neighbor’s outdoor speaker system was so loud it penetrated the concrete walls of his multimillion-dollar house, designed by a noted modernist architect, forcing the couple to move out of their master bedroom — it was “almost like PTSD,” he said.

In support of the accusations, Towfiq’s attorney called to the stand Long Beach police officers, who testified that they heard loud music coming from the Gross and Schwartz residence while responding to noise complaints. One of the officers and a city code enforcement official also testified that Gross and Schwartz said they would lower the music if Towfiq dropped his complaint about the sculpture.

Chase Scolnick, the trial attorney for Towfiq and his wife, made hay of a Gross text responding to Towfiq’s request to turn down the music: “Peace on all fronts or well [sic] just have nightly concerts big boy.” Gross testified that the text actually referred to Towfiq’s picture-taking, behavior that the bond investor described as “peeping.”

Jill Basinger, the trial attorney for Gross and Schwartz, tried to poke holes in the noise harassment claims. She argued they were overblown and called in an audio expert to create doubt about the accuracy of iPhone recordings made by Towfiq, since the volume controls can be manipulated.

“Yes. It is true. Mr. Gross and Ms. Schwartz play music. They play music at night. They like music,” argued Basinger.

She said that the only recording evidence presented at trial of the “Gilligan’s Island” theme song and loud music being played past 9 p.m. occurred the weekend after the city notice was received. But she argued that that was only because the couple had recently learned the TV show was special to them. Schwartz testified the couple discovered that the opening credits to “Gilligan’s Island” featured a scene shot in Newport Beach that was identical to a view from another home they have there.

In attempting to prove Towfiq had an obsession with Gross and Schwartz, Basinger cited questions Towfiq had asked the neighbor selling the home and a real estate agent about the couple before they moved in. But when she queried Towfiq about those inquiries, she got an answer repeated in news reports as distant as Britain. Towfiq testified that he was warned by the neighbor that “I wouldn’t want an angry billionaire with a short fuse living next to me.” Towfiq said he had been aware of the billionaire’s nasty divorce and an unpleasant departure from Pimco, which was covered by the media.

Before Gross took the stand, he published an open letter calling for an end to the trial and all other legal proceedings between the two sides, saying they should both donate their expected fees to area COVID-19 relief organizations.

“In the midst of this terrible global tragedy, a portion of the media is transfixed by … a man who plays the theme song to a 1960s sitcom, and another who records him doing so,” the letter stated. “I don’t think many people would contend this litigation deserves the attention it has received during the deadliest pandemic in a century.”

Towfiq’s lead attorney, Jennifer Keller, rejected it, contending that Gross was “losing the trial badly” and wanted to “stem the tide of negative press.” She added that if Gross really wanted to end it, he should pay for Towfiq’s legal fees and apologize for the “awful lies” spread about him.

Towfiq had testified that he used his iPhone only to record noise violations, but when the trial resumed, the opposing side doubled down, with Gross denying he played loud music and testifying he and Schwartz had nicknamed their neighbor “Peeping Mark.”

Schwartz, a former professional tennis player, testified that she witnessed Towfiq invading her privacy numerous times by recording her when she was swimming. “I’m scared. I feel violated. I feel afraid. I’m in a bikini or less,” she said.

There was no photographic evidence submitted to support her assertion, and Towfiq’s side presented friendly text exchanges between the two that began after the billionaire couple acquired the house for a reported $32 million and ended only after Towfiq complained about the netting.

Gross had announced on Dec. 10 that he had donated $500,000 to Orange County relief organizations even though Towfiq had rejected his offer to end all litigation. A spokesman said the figure amounted to what the billionaire had spent on the dispute, including a separate lawsuit he filed in Orange County Superior Court against his neighbors — and where Towfiq and his wife also have filed their own lawsuit. A trial has yet to begin. 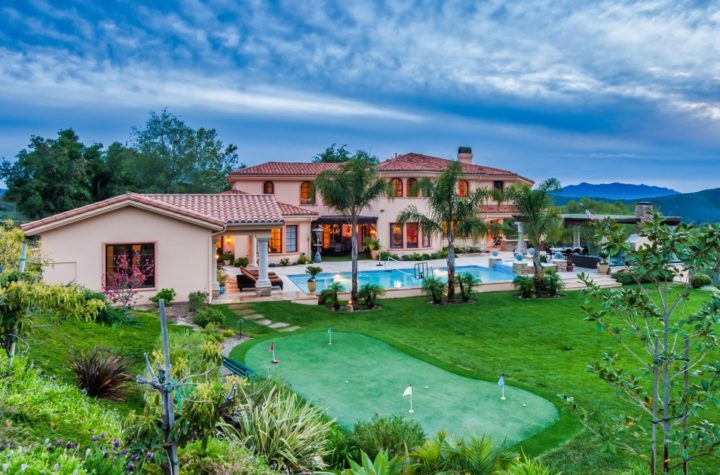 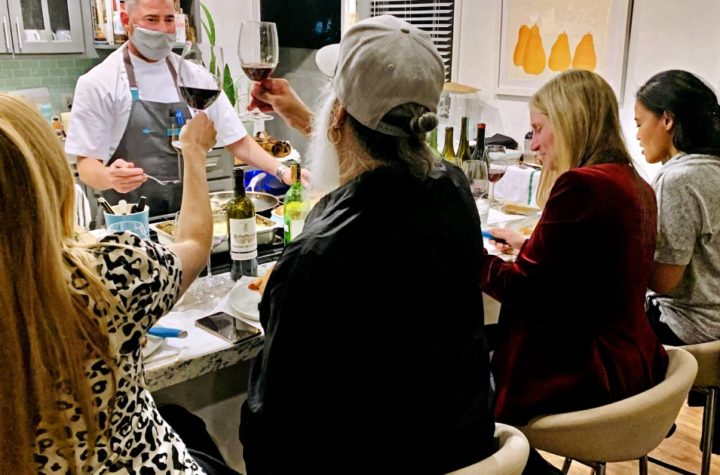 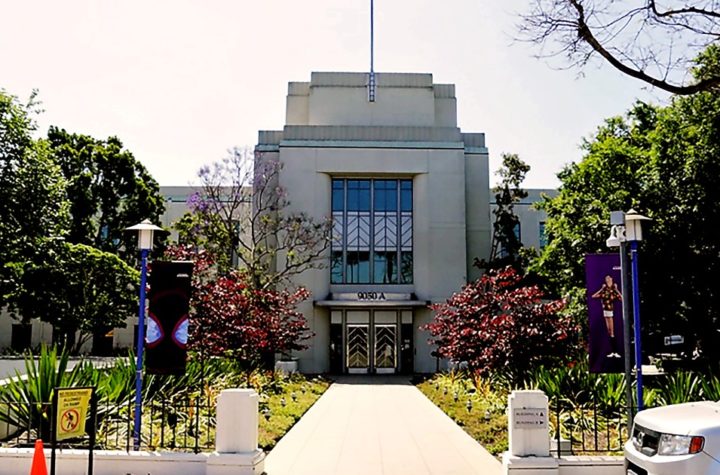 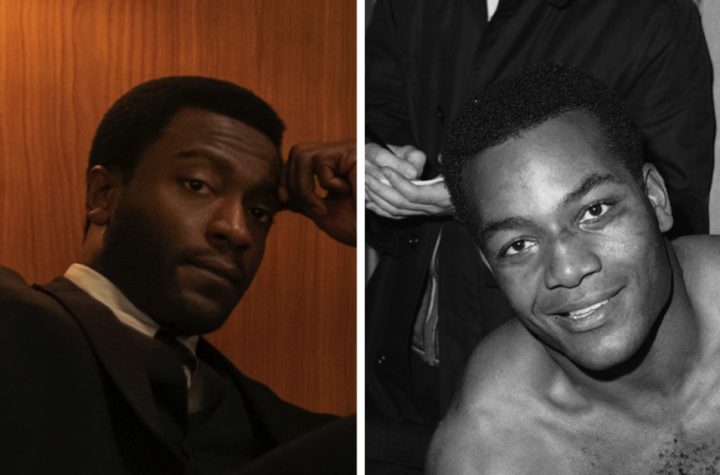 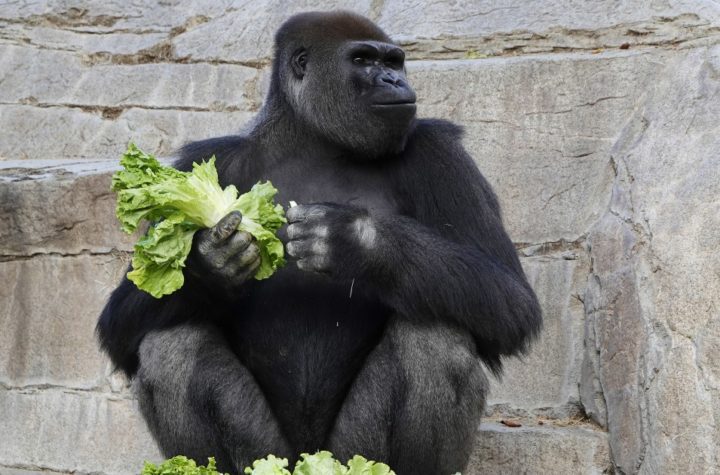 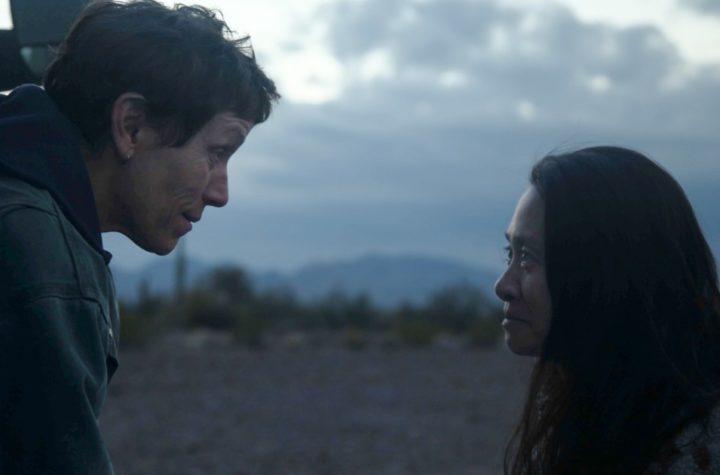 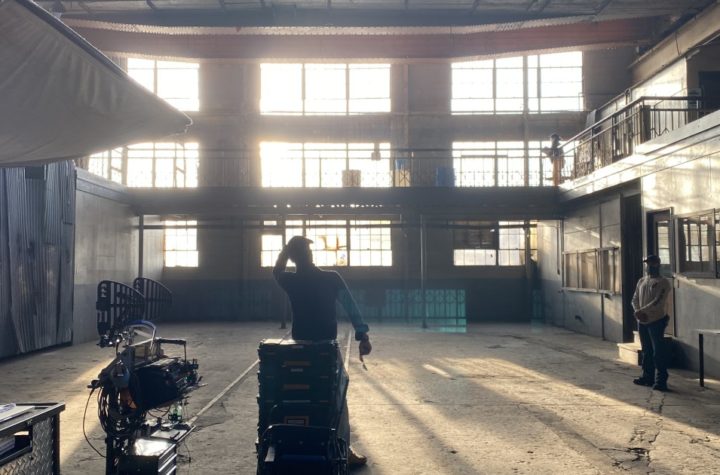