Los Angeles County officials continue to report a decline in new coronavirus cases but say the emergence of a more transmissible, potentially more virulent variant underscores the importance of sticking with safety measures like masking and distancing.

Public health officials on Saturday recorded 2,393 new cases of the virus and 136 related deaths, as well as two more cases of the B.1.1.7 variant first identified in the U.K. that has since spread to at least 42 U.S. states. Experts predict it will become the dominant coronavirus nationwide by the end of March. That’s a cause for concern because it is believed to be 50% more transmissible than the conventional variety and may also be more deadly.

Los Angeles County has now recorded a total of 14 cases of the B.1.1.7 strain, but experts have said there are likely more, as only a small portion of samples undergo the genetic sequencing necessary to determine the variant. The variant has also been reported in Alameda, Orange, Riverside, San Bernardino, San Diego, San Mateo and Yolo counties.

Although research has indicated that vaccines on the market remain effective against the B.1.1.7 variant, some officials have expressed fears its contagiousness could fuel another surge, particularly if a comprehensive vaccination campaign is slow to roll out and people become fatigued and disregard public safety rules.

“We must remain diligent with our safety measures even though we see overall decreases in cases, hospitalizations and deaths,” Barbara Ferrer, the L.A. County public health director, said in a statement. “Let’s keep our guard up because we know letting our guard down will lead to more cases and, tragically, more deaths again.”

Orange County has reported a similar downward trend, on Saturday recording 391 new cases of the virus, 44 deaths and 591 hospitalized patients, a decline of about 46% from two weeks before.

That comes as severe winter weather elsewhere in the country disrupted the delivery of tens of thousands of Moderna vaccine doses to California, forcing large distribution sites run by the city of Los Angeles, as well as some in Orange and San Diego counties, to pause operations and postpone appointments that were originally scheduled for this weekend.

Officials said Thursday afternoon that the weather delays had yet to interrupt operations at vaccine sites run by L.A. County, and city-run mobile distribution sites that travel to hard-hit areas also remained operational.

About 250 front-line grocery, drugstore and meatpacking workers were to receive vaccinations Saturday afternoon at a pop-up clinic in the parking lot of the United Food and Commercial Workers Local 770 offices in Koreatown. The clinic, run in partnership with the state, was a satellite of the new mass vaccination site at Cal State Los Angeles, the union said in a news release.

About 500 more vaccinations were slated to be administered at a Boyle Heights clinic for Eastside and South Los Angeles residents 65 and older held by Keck Medicine of USC on Saturday. The effort was intended to increase vaccine access to nearby community members, who are largely Latino and Black, and included door-to-door outreach and a shuttle from the nearby Ramona Gardens public housing apartments, USC said.

Public health authorities say such outreach is important to ease the disparity that has seen Latino and Black residents receive vaccinations at significantly lower rates than whites and Asian Americans despite seeing higher death rates from the virus. 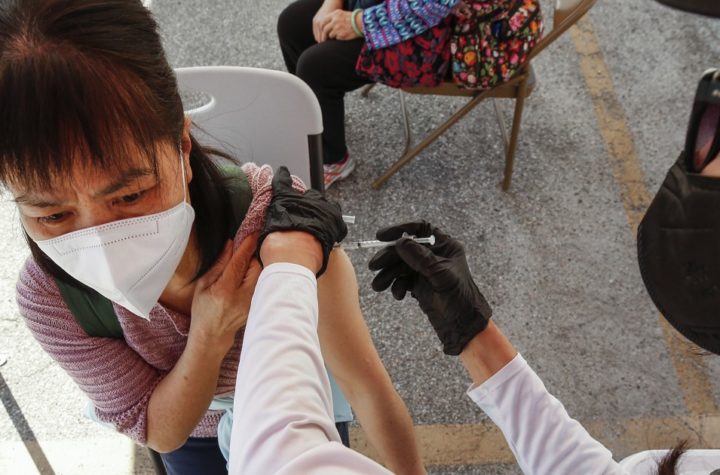 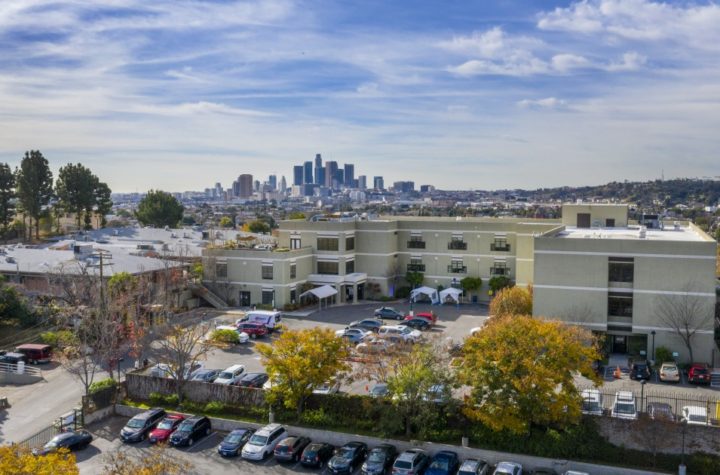