Lakers star LeBron James expressed his total disdain Monday night toward those who have the “narrative” that his minutes should be cut amid a workload that has increased during the absence of starters Anthony Davis and Dennis Schroder.

James was not buying into the noise others have created about how the 36-year-old should not only play fewer minutes for the struggling Lakers, but he should also consider taking games off.

The touchy subject came about after the Lakers lost 127-124 in overtime to the Washington Wizards, a game that saw the 18-year veteran play 43 minutes and 15 seconds at Staples Center.

When he sat down to talk to the media on Zoom after coming up just shy of a triple-double with 31 points, 13 assists and nine rebounds, James was asked who keeps him honest about what’s best regarding his playing time.

“I’ve never talked about it. I don’t talk about it. I don’t believe in it. We all need more rest. This is a fast turnaround from last season and we all wish we could have more rest. But I’m here to work, I’m here to punch my clock in and be available to my teammates and if I’m hurt or if I’m not feeling well then we can look at it then. But I have nothing but honest people around me but I’m also honest with myself as well, and me having a love for the game and me being able to be available to my teammates is more important than anything.”

That narrative that James should rest more this season began when the NBA announced the start of the 2020-21 season. The Lakers won the championship Oct. 10 and then started this season Dec. 22, giving them just 71 days off between games, making it the shortest offseason James has had in his career.

The Lakers play every other day until the All-Star break starts March 4.

They play at the Utah Jazz, the team with the best record in the league, Wednesday night.

Then the Lakers host Portland on Friday, Golden State on Monday, Phoenix on March 2 and play at Sacramento on March 3 before James and the Lakers reach the All-Star break.

He’s playing a team-high 35 minutes per game and in the MVP conversation again, averaging 25.8 points, 8.2 rebounds and 8.1 assists.

“I’m not pushing myself. I wouldn’t say that. I’m going out and playing the game,” James said. “I’m doing my job and I’m trying to do it at a high level, but that’s been a narrative around the league. I have never asked for time off or time throughout the season.

“And it’s growing to a point where it’s not even coming from me anymore. It’s just like, ‘OK, LeBron should take time off,’ or, ‘Why is his workload at this [level]?’ I’ve been hearing it for five, six, seven years now and I’m still going strong. So, I don’t need a handout. I’m not looking for a handout. My job is to go out when I’m available, when I’m healthy to go out and play and that’s what it’s all about.”

James will be without Davis, who has a strained right calf and Achilles tendonosis, until after the All-Star break while Schroder, who is in the league’s health and safety protocols, could be back against the Portland Trail Blazers on Friday night, a span of what could be five missed games.

The Lakers have lost three consecutive games, four of their last five, and James is taking on more responsibility with Davis and Schroder out.

“But it’s something I’ve done before and I can continue to do it. But I would much rather us be whole. I’d much rather our team be healthy and we’re playing whole basketball than me having to go out and be the primary all-the-time ballhandler. Right now, it’s needed because we have some guys that’s out and it’s needed for me to do that and I got to take responsibility of it. Can’t have eight turnovers and I got to make sure I put my guys in position to be successful.”

James was at the free-throw line after making a layup to tie the score at 115-115 while being fouled by Russell Westbrook with 9.8 seconds left in the fourth quarter.

James’ free throw was short and the Lakers wound up going into overtime when Wizards star Bradley Beal missed a last-second three-pointer.

Was this a sign of fatigue, along with James shooting two for 10 from three-point range and turning the ball over eight times?

“Obviously I take full responsibility missing that free throw,” James said. “I gotta make the free throw up there. It’s an easy point for us. But we didn’t lose the game there, but I take that responsibility for sure, and I gotta be better.”

The Lakers needed a defensive stop in the overtime while trailing 125-124 late, but Westbrook drove past James, who then fouled the Wizards guard as he waltzed in for a layup with 11.6 seconds left in the game.

Westbrook missed the free throw, but the Lakers were now down by three points. James attempted to tie the score, but he missed a pull-up three-pointer with 6.2 seconds left. Kyle Kuzma got the offensive rebound, but his three-pointer from the corner just drew air.

The discussion then turned to James and his high minutes and when he should get some rest.

Since he’s a starter and captain for the All-Star game in Atlanta on March 7, the final question to James was when will he get a break to rest?

“I don’t know. You try to find some time in between time to get some rest as much as you can when we’re not playing,” he said. “I really don’t have too much of a comment about the All-Star break. You guys know how I feel about that. So, I don’t even want to tap into that mind set. But we’ll have a couple of days after we play our last game. I believe it’s at Sac before that game on Sunday. So, I’ll get an opportunity to rest a little bit.” 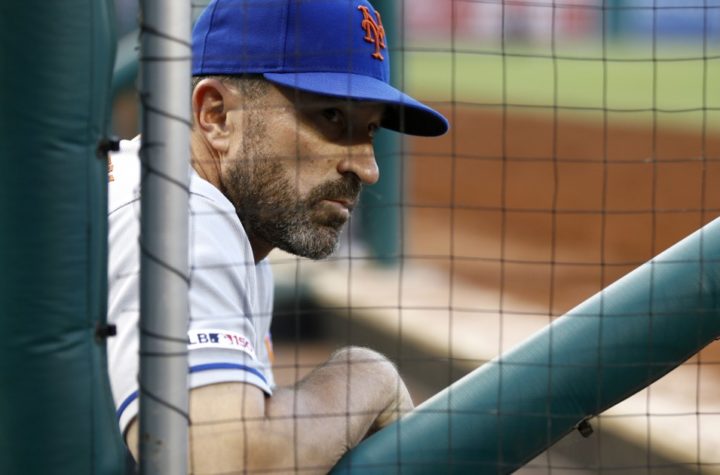