In the opening moments of Lee Isaac Chung’s moving immigrant drama “Minari,” Monica (Yeri Han) looks out the station wagon window at the lush Ozark landscapes she’s passing through while following her husband, Jacob (Steven Yeun), on the way to their new home in rural Arkansas. When Jacob’s moving van pulls up to a mobile home in the middle of an isolated field and stops, the look of horror on Monica’s face calls to mind a line from another of the year’s finest movies, the David Byrne theatrical concert “American Utopia.”

“This is not my beautiful house!”

Monica asking herself, “Well, how did I get here?” is the starting point to “Minari,” the delicate, vividly textured story of a Korean couple who have decided (or, at least, the husband has) to move their two American-born children from California to a farm in the heartland to stake a claim for independence and a more meaningful life.

The movie, which won dramatic grand jury and audience awards at this year’s Sundance Film Festival, takes its name from a hardy Korean herb that thrives if given time, an apt emblem for what this family — and most immigrant families — must sacrifice to pursue the American dream.

The story is mostly seen through the eyes of the precocious youngest child, David (newcomer Alan S. Kim), something of a stand-in for Chung himself, as he based the screenplay on his experience of growing up on a small farm in Lincoln, Ark., in the 1980s. This point of view lends “Minari” a feeling of dreamlike wonder, which is harmoniously conveyed through the storytelling, cinematographer Lachlan Milne’s gorgeous imagery and composer Emile Mosseri’s sublime score. For all the struggle that takes place in this movie, it is its quiet grace that you most remember. “Minari” shares its secrets with a whisper, and as it unfolds, you find yourself leaning into it, enraptured.

Jacob dreams of transforming his five acres into a farm full of Korean fruits and vegetables. But his ambitions are also more personal. He wants his children — David and the quiet Anne (Noel Kate Cho) — to see him succeed at something. “Daddy’s going to make a big garden,” he tells them. But when he scoops up a handful of the dark soil to impress the pragmatic Monica, she’s incredulous. For her, the farm risks throwing the family into financial and emotional ruin. Plus, she’s living in a home on wheels, something that could easily fly away if a tornado were to hit. (The distinction between a tornado watch and tornado warning is quickly discovered.)

As they did in California, the couple work as chicken sexers in a warehouse, sorting female chicks from the males, which are discarded because they’re “useless.” That’s how Jacob explains it to David, anyway, a comment on his own lingering feelings of inadequacy in this new country. He works the farm at night and weekends, leaving Monica alone. To alleviate her isolation, her mother, Soonja (Yuh Jung Youn), is brought from Korea to stay with them. Their lives will never be the same.

Soonja is both childish and wise, eccentric, often embarrassing, lewd and loving. Paired with the mischievous David, they make for a charismatic combo, lifting and changing the film with wonderfully observed humor. The Americanized David initially recoils at her arrival. Soonja doesn’t bake cookies and can’t cook or read. She’s not like a real grandma, he complains. Plus, she “smells like Korea,” an observation that prompts his father to tell Monica to “go get the stick.”

But the two soon bond, as Soonja intuits precisely what David needs. Because he has a heart murmur, David has had a relatively sheltered life, and he can feel his family’s anxiety. Soonja, an unpredictable force of nature, isn’t one for coddling, and their friendship eventually frees both David’s mind and spirit from worry. “Things that hide are more dangerous and scary,” she tells David, referring ostensibly to a snake they see by a stream, but really addressing the poison that comes from unexpressed feelings.

Youn, a star in Korea making her American feature film debut, is marvelous, as is the rest of the cast. Continuing his transition to film after years starring in “The Walking Dead” on TV, Yeun follows his flawless work in 2018’s South Korean success “Burning” with a subtle performance that reveals Jacob’s strengths and insecurities. In a world free from pandemic, the adorable Kim would’ve been charming film festival audiences all year long, walking red carpets in cowboy boots. Instead, we’ll just have to savor his sweet naturalism on the screen, a gift in this year filled with extraordinary unrest and pain.

But then, “Minari” in its entirety feels like a balm right now, a gentle, truthful and tender story of family filled with kind people trying to love one another the best they can. It’s filled with the specifics of Chung’s Korean American upbringing, but it’s also universal in its insights into the resiliency of the human spirit.

Chung has cited Flannery O’Connor’s writing as an inspiration for the way she portrayed rural Southerners searching for salvation. Her spirit courses through the film, finding its most obvious vessel in the character of Paul (Will Patton), a fervent Pentecostal who helps with the farm. One Sunday, the family encounters Paul carrying a wooden cross up a dirt road. “This is my church,” he explains, a remark that embodies the movie’s deep humanity and lingering mysteries.

Rating: PG-13, for some thematic elements and a rude gesture 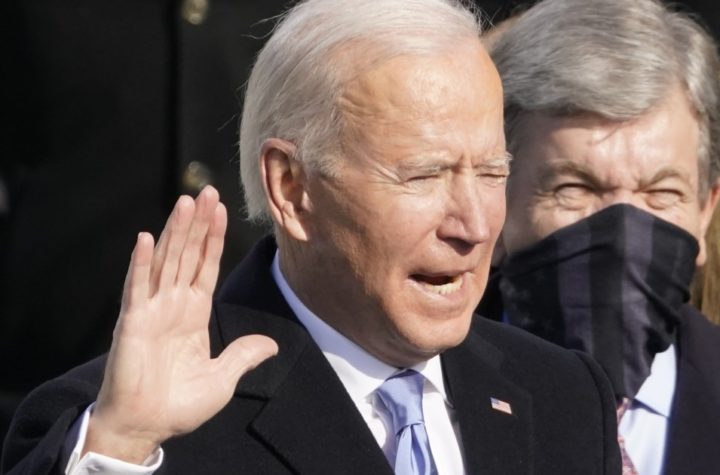