With this year’s awards season scrambled by the COVID-19 pandemic, Oscar prognosticators are still trying to get a fix on which way the winds are blowing — and the sometimes befuddling Golden Globes nominations, announced Wednesday, weren’t much help.

Given that actors represent the largest branch of the film academy by far, the Screen Actors Guild Awards nominations announced Thursday morning offered an important set of data points. Still, anyone expecting to get a clear picture of where the Oscar race stands may have felt thrown by a number of curveballs in the SAG picks.

After the immigrant family drama “Minari” had a soft showing at the Globes, it came back strong with a field-leading three nominations alongside Netflix acting powerhouse “Ma Rainey’s Black Bottom.” (Two more Netflix titles — “Da 5 Bloods” and “The Trial of the Chicago 7″ — earned three nominations as well, but in both cases that is due to a nod in the SAG Awards’ stunt ensemble category.)

The television side offered several surprises as well, as many of last year’s nominees — including “The Handmaid’s Tale,” “Succession,” “The Marvelous Mrs. Maisel” — took 2020 off, opening up the possibility for “Schitt’s Creek” and “The Crown” to dominate.

One day after earning a Globes nod for her turn as Marion Davies in “Mank,” Seyfried got no such love from SAG, which seemed less taken with David Fincher’s film generally than the Hollywood Foreign Press Assn. (It also missed out on an ensemble nomination.) What may have been Seyfried’s slot went instead to veteran South Korean actress Youn Yuh-Jung, who had been overlooked by the Globes, for her turn as a cantankerous grandmother in “Minari.”

Ron Howard’s rather hamfisted adaptation of the bestselling memoir “Hillbilly Elegy” has been a critical punching bag since its debut on Netflix in November, but SAG voters evidently found a lot to admire in Adams’ turn as a volatile, drug-addicted mother, giving her a nod alongside co-star Glenn Close. This marks Adams’ eighth SAG nod in either individual or ensemble categories since her breakout in 2005’s “Junebug.”

Lindo’s turn as an embittered Trump-supporting Vietnam vet was unquestionably one of the high points of Spike Lee’s button-pushing Netflix film but his performance and the film as a whole failed to connect with SAG voters. Surprisingly, Lindo has never earned an individual SAG nomination before, though he did earn nods as part of the ensembles of the films “Cider House Rules” and “Get Shorty.”

Despite its all-star cast, the throwback psychological thriller “The Little Things” earned only middling reviews from critics and wasn’t expected to be a major awards player. But Leto has defied those expectations, following his Globes nod yesterday for his turn as a creepy, inscrutable serial-killer suspect with a SAG Award nomination — the third in his career after his ensemble nod and supporting male actor win for “Dallas Buyers Club.”

Fans of Lee Isaac Chung’s semi-autobiographical portrait of a family South Korean immigrants trying to make it in 1980s middle America felt disheartened after Wednesday’s Globes nods, in which the film landed just a single nod in the foreign language category. But SAG voters – whose picks were markedly more diverse than overwhelmingly white Globes nods – made up for that oversight, giving the film a much-deserved ensemble nod along with individual nominations for Steven Yuen and Youn Yuh-Jung.

Despite earning a Globes nod for his effortlessly charming turn in Sofia Coppola’s bittersweet dramedy — and despite being, well, Bill freaking Murray — the actor failed to make the cut with SAG voters. Murray had better luck in his previous collaboration with Coppola, 2004’s “Lost in Translation,” for which he earned a SAG lead actor nomination. 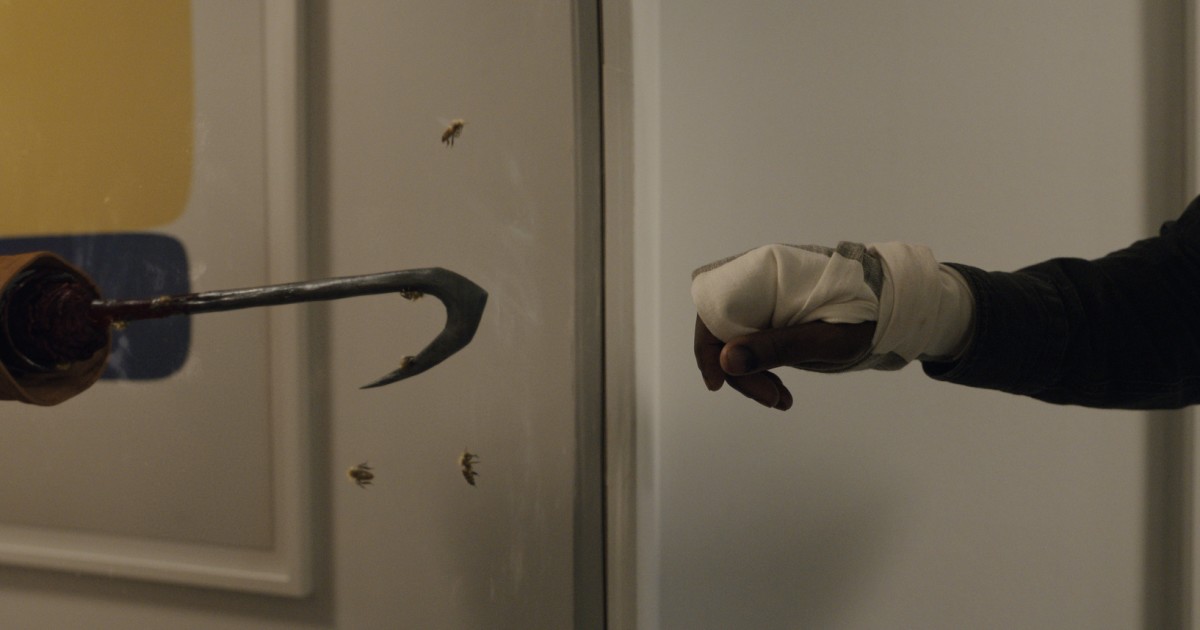 Read also :
‘Candyman’ sequel explained: Why Jordan Peele wanted a revival
When Bernard Rose’s “Candyman” hit theaters in 1992, it was the first…

Surprise: Michaela Coel, “I May Destroy You” (limited series female actor) On the same subject : Rachel Brosnahan tones down ‘Maisel’ instincts for ‘Woman’.

After being left out of Wednesday’s Golden Globes nominations entirely, it’s gratifying to see the creator/star of HBO’s exquisite and wickedly funny portrait of a woman in the aftermath of a sexual assault honored — even if I will have to hold out for the TV Academy to show her standout costars, Weruche Opia and Paapa Essiedu, some love.

On the flip side, one bright spot of the otherwise mostly frustrating Globes nominations was the Hollywood Foreign Press Assn.’s embrace of Steve McQueen’s extraordinary film anthology — competing-for-TV-awards — set in London’s West Indian immigrant community in the 1960s, ‘70s and ‘80s. Boyega’s absence here, for his performance in “Red, White and Blue” as the founder of London’s Black Police Association, means “Small Axe” goes unrepresented by SAG. Even if it’s just a case of category confusion, that’s a shame.

“Queen’s Gambit” star Anya Taylor-Joy was as close to a lock as you can get in the corresponding female actor category, for playing louche chess prodigy Beth Harmon in Netflix’s massively popular period piece. Camp? Not so much. His William Shaibel, the gruff, chess-obsessed janitor at the orphanage where Beth spends her childhood, is instrumental to the series’ “inspirational sports story” structure — he introduces her to the game and, when she starts regularly dismantling him, pushes her out of the nest — but he is not central to the drama after that. Certainly not to the extent of filmmaker Marielle Heller, left out for her sublime performance as Beth’s adoptive, alcoholic mother.

“Unorthodox,” Netflix’s limited series about a young Hasidic Jewish woman named Esty (Haas) who flees Brooklyn, N.Y. for Berlin, has been one of the TV awards calendar’s most pleasant surprises since it debuted last spring. It notched two nominations from the Golden Globes on Wednesday, for Haas and limited series, after earning 8 Emmy nominations (and one win) last fall. It’s disappointing that SAG won’t give Haas and the series one more moment in the spotlight before its turn on the circuit comes to an end.

Executive producer Shonda Rhimes’ Regency-era potboiler was expected to trounce the competition in the Golden Globes nominations, and instead came away empty-handed. SAG will have brightened the mood on the ‘ton, though, with dual nominations for Page, as the impossibly hot duke with daddy issues, and the sprawling ensemble who brought Lady Whistedown’s gossip alive. (Phoebe Dynevor, as the duke’s love interest, was crowded out of the female actor field by her Netflix competitors, but more on that in a moment.)

Now that “Schitt’s Creek” is a bona fide Emmy/Golden Globes/SAG Awards phenomenon, there may be no more underappreciated series on TV than Mindy Kaling and Lang Fisher’s high-school comedy, refracted through the triple lens of grief, the immigrant experience and John McEnroe’s anger management issues. And what sells the Netflix series’ heightened sensibility is the incandescent charm and comic timing of breakout star Maitreyei Ramakrishnan, as well as the note-perfect ensemble that surrounds her — including the richly nuanced Poorna Jagannathan as her mother and McEnroe himself, the narrator who shouldn’t work but does.

Surprise: Only two series, and one platform, represented in female actor drama 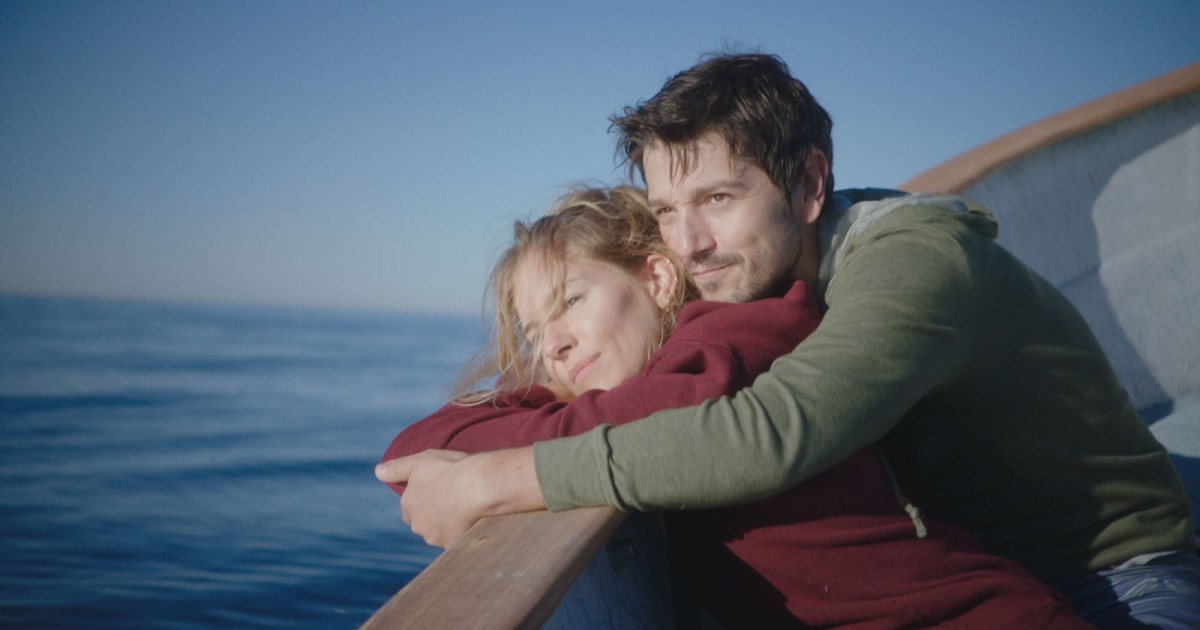