Emma
Focus Features. Written by Eleanor Catton, directed by Autumn de Wilde This may interest you : Aubrey Plaza digs deep for emotional twists of ‘Black Bear’.
Based on: “Emma” by Jane Austen, 1815
Verdict: While it doesn’t match “Clueless” for sheer wit and invention, Catton’s delightfully arch adaptation gets a lot of fresh comic mileage out of well-worn material — and benefits, like all “Emma” adaptations, from Austen’s most ingeniously constructed story. — Justin Chang

Hillbilly Elegy
Netflix. Written by Vanessa Taylor, directed by Ron Howard
Based on: “Hillbilly Elegy: A Memoir of a Family and Culture in Crisis” by J.D. Vance, 2016
Verdict: Mercifully, the book’s simplistic analysis of white grievance politics has been largely excised; unfortunately, so has any sense of lived-in authenticity in this flailing, ill-conceived adaptation of Vance’s polarizing memoir. — Justin Chang

The Midnight Sky
Netflix. Written by Mark L. Smith, directed by George Clooney
Based on: “Good Morning, Midnight” by Lily Brooks-Dalton, 2016
Verdict: Tethered to the book by a pair of trite narrative devices yet bereft of its beautiful language and much of the deeper musing on loss, grief and existence, the movie feels like a missed opportunity. — Kevin Crust

News of the World
Universal Pictures. Written by Paul Greengrass and Luke Davies, directed by Greengrass
Based on: “News of the World” by Paulette Jiles, 2016
Verdict: The stolid but absorbing Tom Hanks-starring western about two unlikely traveling companions remains largely faithful to its source material, though some of the more violent, controversial edges have been gently sanded away. — Justin Chang

Nomadland
Searchlight Pictures. Written and directed by Chloé Zhao
Based on: “Nomadland: Surviving America in the Twenty-First Century” by Jessica Bruder, 2017
Verdict: Although it features several of Bruder’s interview subjects playing versions of themselves, Zhao’s masterly interweaving of fiction and nonfiction is less an adaptation of the book than an inventive, free-flowing conversation with it. — Justin Chang

The Personal History of David Copperfield
Focus Features. Written and directed by Armando Iannucci
Based on: “The Personal History, Adventures, Experience and Observation of David Copperfield the Younger of Blunderstone Rookery (Which He Never Meant to Publish on Any Account)” by Charles Dickens, 1849-1850
Verdict: The color-blind casting is what most distinguishes this umpteenth ultra-truncated adaptation of Dickens’ personal favorite novel, but for all its whimsical Iannuccian chaos, the material is as recognizable — and charming — as ever. — Justin Chang 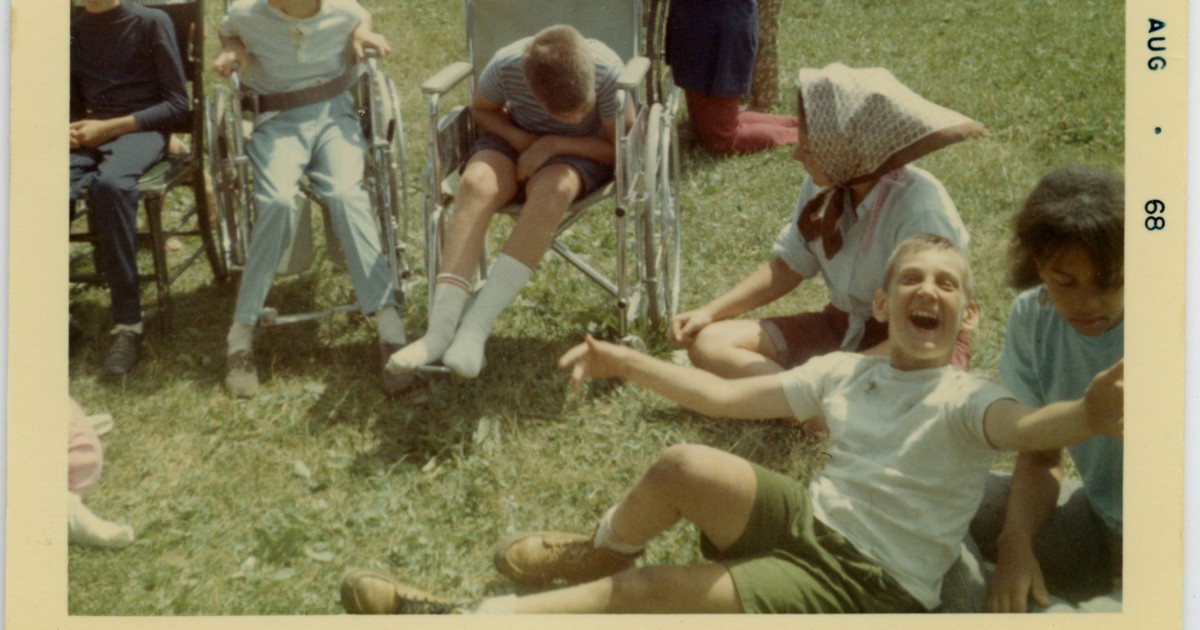 This may interest you :
2021 Oscar nomination predictions: 4 documentary contenders
With the Academy Awards documentary shortlist announcement coming Feb. 9, here’s a…

Bridgerton
Netflix. Created by Chris Van Dusen On the same subject : Christopher Plummer was irreplaceable – Los Angeles Times.
Based on: The Bridgerton Family Series by Julia Quinn, 2000-2013
Verdict: Austen purists may take offense, but the first Netflix project from executive producer Shonda Rhimes isn’t for them: In terms of both sexual mores and race relations, this exquisitely silly romp about the upscale marriage market in Regency London flips historical convention on its head in charming, addictive and thoroughly modern fashion. — Lorraine Ali

The Flight Attendant
HBO Max. Created by Steve Yockey
Based on: “The Flight Attendant” by Chris Bohjalian, 2018
Verdict: In this nail-biting, note-perfect dark comedy-thriller based on Bohjalian’s page-turner, the friendly skies turn entertainingly deadly when boozy airline attendant Cassie (Kaley Cuoco) falls into bed with a passenger (Michiel Huisman) during a stopover in Bangkok — only to wake up next to his bloodied corpse and find herself hopelessly tangled in a murder mystery with global implications. — Lorraine Ali

I Know This Much Is True
HBO. Created by Derek Cianfrance
Based on: “I Know This Much is True” by Wally Lamb, 1998
Verdict: Harrowing, profound and liable to be too heavy for the casual viewer, the miniseries adaptation of Lamb’s bestselling novel, starring Mark Ruffalo as identical twins Dominick and Thomas Birdsey, deals with debilitating mental illness, bleak childhoods, family identity and, ultimately, sibling devotion. — Lorraine Ali

Lovecraft Country
HBO. Created by Misha Green
Based on: “Lovecraft Country” by Matt Ruff, 2016
Verdict: Hot-button issues like racism and police brutality collide with science fiction, horrific monsters and evil cults in this drama cleverly adapted from a novel that was itself a revision of a sort, bringing a pointed perspective to the writings of problematic pulp author H.P. Lovecraft — and genre fiction in general. — Greg Braxton

Normal People
Hulu. Created by Lenny Abrahamson and Sally Rooney
Based on: “Normal People” by Sally Rooney, 2018
Verdict: This aching portrait of the on-again, off-again relationship between two teenagers from different backgrounds — exquisitely portrayed by Paul Mescal (Connell) and Daisy Edgar-Jones (Marianne) — captures the essence of Rooney’s rendering of the palpitations of young love and the torment of growing into oneself. Even Connell’s chain, briefly mentioned in the novel, left a lasting impression with viewers. — Yvonne Villarreal

The Queen’s Gambit
Netflix. Created by Scott Frank and Allan Scott
Based on: “The Queen’s Gambit” by Walter Tevis, 1983
Verdict: Scott Frank’s enthralling adaptation of Tevis’ novel of chess and addiction is unusually faithful to the page, leaving out little, incorporating nearly all its dialogue and remaining thoughtful as regards its prodigy heroine — vividly played by Isla Johnston (young) and Anya Taylor-Joy (less young) — even as it revels in the sparkly pleasures of contemporary period television. — Robert Lloyd

Ratched
Netflix. Created by Ryan Murphy
Based on: “One Flew Over the Cuckoo’s Nest” by Ken Kesey, 1962
Verdict: After becoming one of the cinema’s most indelible villains thanks to Louise Fletcher’s performance in the 1975 film version, Nurse Ratched receives the origin-story treatment courtesy of Ryan Murphy and star Sarah Paulson’s post-World War II period piece. Unfortunately, the series’ apparent inspirations, from Edith Head’s costumes to Bernard Herrmann’s scores, have not been accompanied by an Alfred Hitchcock-level plot. — Matt Brennan 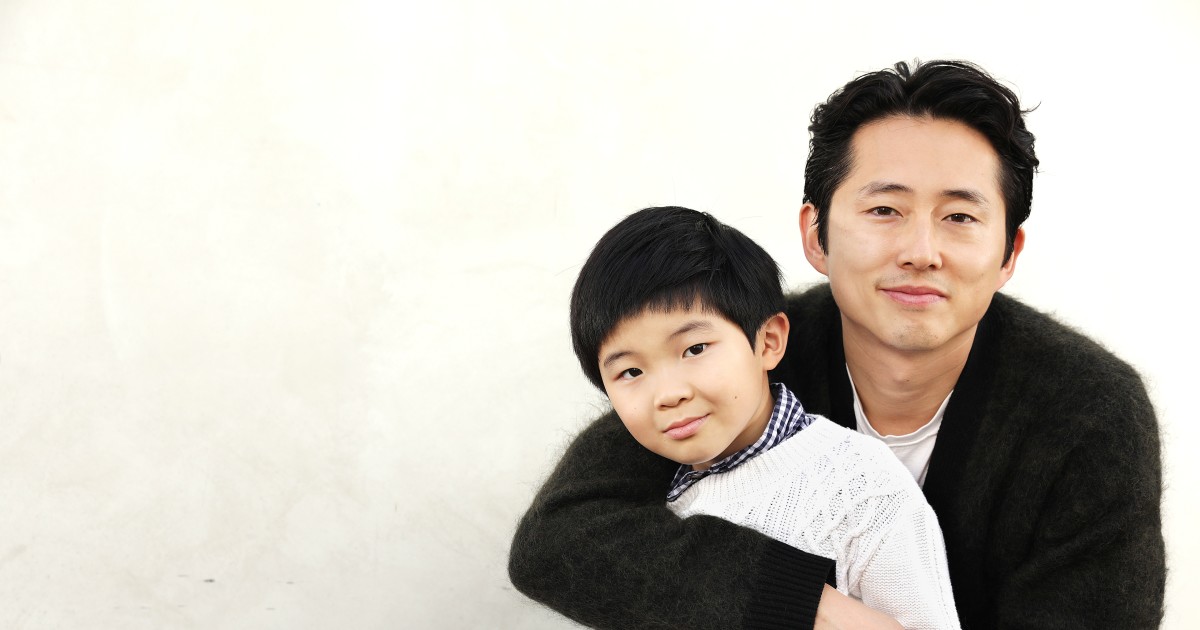 See the article :
‘Minari’ actor, director tap unspoken feelings in ‘Minari’
Actor Steven Yeun had spent a lifetime working toward the moment when…