Brea Grant is both the screenwriter and the star of director Natasha Kermani’s “Lucky,” a meta horror movie that critiques the underlying meanings of slasher films — and makes clever use of their schtick. On the same subject : “Silly Games,” Dennis Bovell and the making of “Lovers Rock”. Grant and Kermani skillfully keep the audience in suspense from start to finish, even if it’s just by withholding what the heck is actually happening.

Grant plays May, a self-help author having trouble following up a popular book. Complicating matters: Every day she’s being stalked and assaulted by the same masked maniac, whom she has to kill lest she be killed. Most of the people she tells about this mysterious, endlessly regenerating supervillain seem to believe she’s telling the truth. But few of them act like the problem is urgent.

It takes a while for “Lucky” to get to the scary stuff; and even then, the movie isn’t exactly a nail-biter. Grant and Kermani treat their plot as a loosely sketched abstraction, inessential to the larger points they want to make. Anyone who sits through this entire film waiting for a detailed explanation of the phenomenon May is experiencing will be disappointed.

But without being too heavy-handed, Grant and Kermani do make some provocative connections between the ways women are treated in classic horror pictures and the ways some are treated in real life: as victims by nature, who should feel “lucky” just to be alive. As the filmmakers dial in tighter on those keen observations, their movie gets more and more chilling. 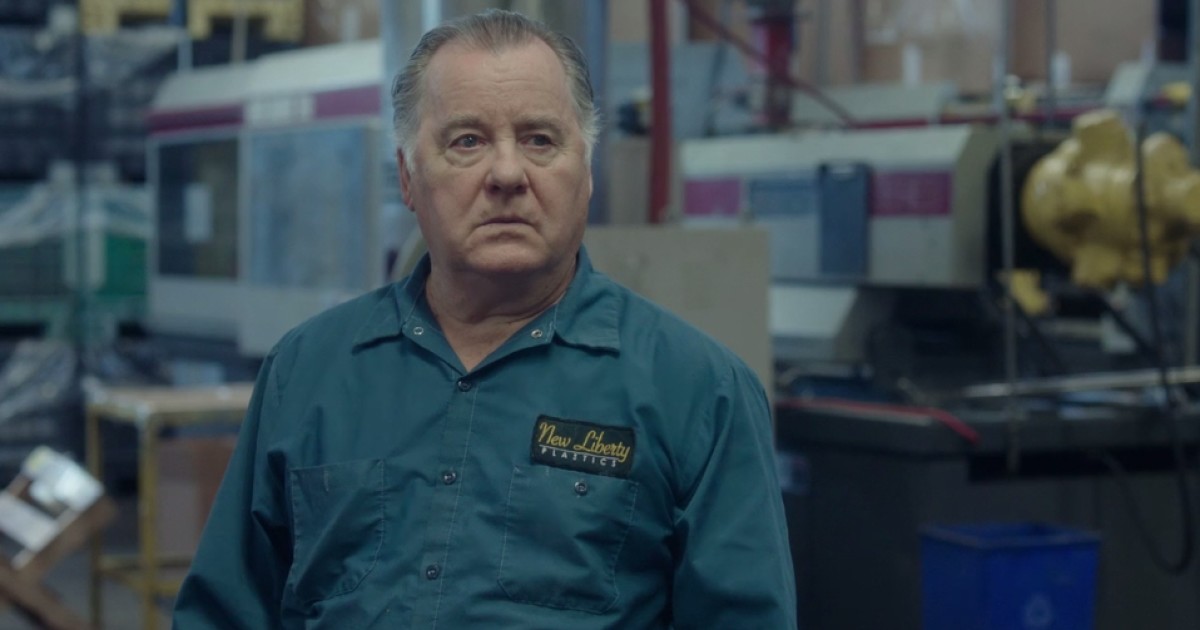 To see also :
At 80, Peter Gerety gets his first starring role in a film
As one of those actors you’ve seen everywhere but probably know little…

There’s something uniquely exciting about a horror movie made by someone with a distinctive point of view who loves the genre. That’s the case with “The Stylist,” an odd and affecting slasher flick from director and cowriter Jill Gevargizian, who’s clearly poured a lot of herself into her picture. This story of a lonely Kansas City hairstylist (something Gevargizian knows about) is creepy in unexpected ways, poking at the audience’s rawest nerves.

Najarra Townsend plays the stylist, Claire, who struggles to interact with anyone who’s not sitting in her hairdresser’s chair. Her perverse way of making human connections is to drug and scalp the occasional customer — and then to wear their hair like a wig. But when a regular, Olivia (Brea Grant), asks Claire to help out at her wedding, the women forge a tentative bond that confuses Claire, who’s not sure whether she wants to be Olivia’s best friend or her cause of death.

Befitting its title, “The Stylist” is a treat for the eyes, making great use of color, lighting and women’s fashions to create a world where attractive surfaces mask something ugly. The film is also marvelously well-acted by Townsend and Grant, two genre vets who dig deeply into the kinds of complex characters more common to an indie drama than to a gore-fest.

Horror fans may grumble that “The Stylist” is heavier on dialogue than on action. But Gevargizian makes sure those chit-chat scenes are as excruciatingly tense as the murders. Claire’s awkwardness is often painful to watch, making her both more sympathetic and scarier. This is a movie that suggests finding a new friend as an adult can be as difficult and emotionally wrenching as escaping a serial killer. 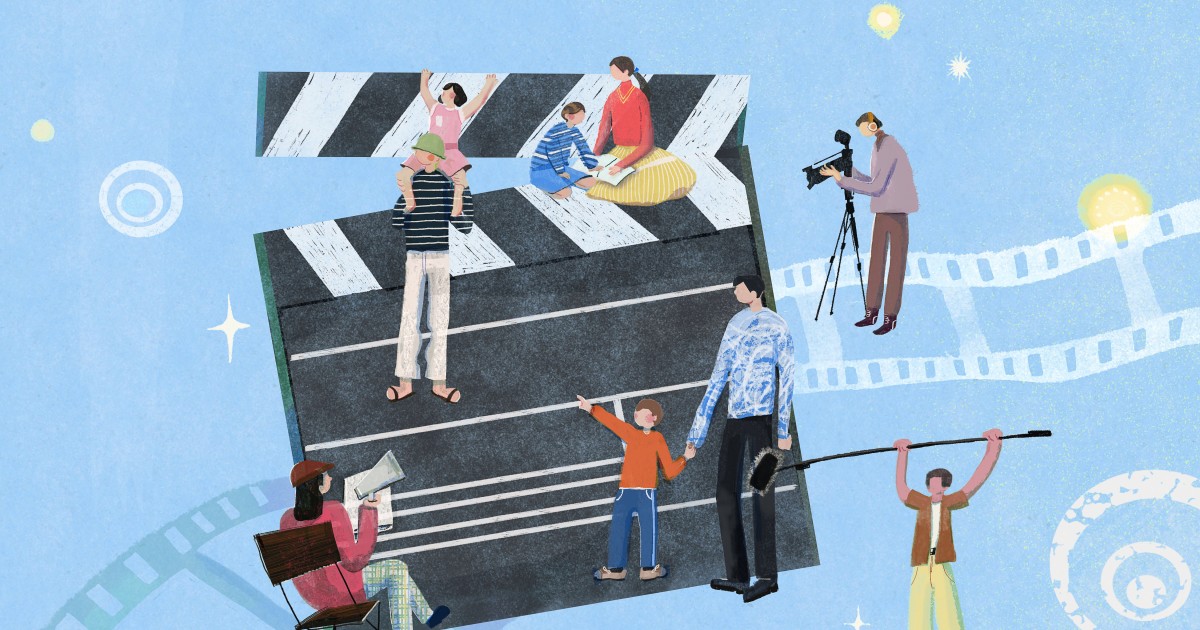 See the article :
These filmmakers delight in keeping things all in the family
When Lee Isaac Chung walked onto the set of his new movie,…

Writer-director Ivan Kavanagh goes to some weird and fascinating places in “Son,” a psychological horror film helped immensely by its ferocious lead performance. Andi Matichak plays Laura, a single mother who becomes convinced her 8-year-old David (Luke David Blumm) is being targeted by a demonic cult. Laura has a history of mental illness; and Matichak plays her as someone who’s clearly in distress, though perhaps not because of any actual external danger.

Emile Hirsch plays Paul, a detective who forms a bond with Laura and David, and tries to track them down after they take to the road, leaving a trail of carnage in their wake. Laura has become a fugitive because David seems — to her at least — to have developed some kind of supernatural disorder that can only be treated with human blood and flesh, which she goes out of her way to provide.

Because Kavanagh leaves open the question of how much of what Laura is experiencing is “real,” “Son” is a little low on conventionally grabby scenes of visceral terror. But Kavanagh and Matichak do a remarkable job of capturing an amped-up version of everyday parental paranoia. This is ultimately a movie about a woman who loves her child so intensely that she becomes irrational — and dangerous.

Playing: Available on digital and VOD and in general release where theaters are open* 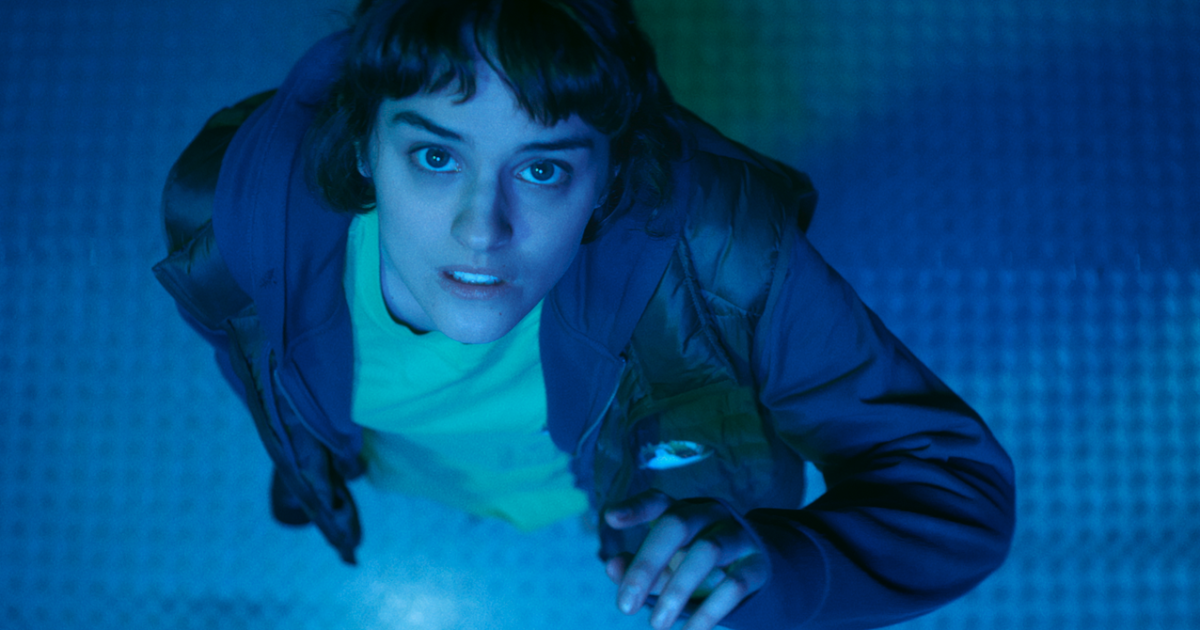 On the same subject :
‘Jumbo’ review: Noémie Merlant fully commits in French fantasy
OK, this one is weird. But unique.Jeanne (Noémie Merlant of “Portrait of…

Chad Crawford Kinkle’s micro-budget supernatural horror film “Dementer” is unsettling right from the start. The hand-scrawled opening credits are set to ear-splitting bursts of noise, interspersed with jarring images of a nude woman fleeing through the wilderness. The rest of the movie settles into something more like a slice-of-life docudrama, with occasional occult elements. But Kinkle does eventually work his way back to the lacerating dissonance.

“Dementer” stars Katie Groshong as Katie, a troubled wanderer who gets a job as a caregiver at a home for special needs adults, where she’s drawn immediately to Stephanie (played by Stephanie Kinkle, the filmmaker’s sister). When Stephanie becomes inexplicably ill, Katie — who recently escaped a violent cult — fears dark magic, and begins performing the blood rituals she remembers to keep the evil at bay.

The satanic mojo parts of “Dementer” are a little pat, especially in comparison to the long scenes of daily life in the group home, which Kinkle shoots in a refreshingly matter-of-fact way. (He never sensationalizes his subject’s disabilities, either positively or negatively.)

But the low-key approach pays off toward the end, as Katie’s behavior becomes more erratic. The plainness of Kinkle’s style makes it all the more shocking when the story gets increasingly gory, as the gentle and mundane alike are shattered by the disturbing echoes of past trauma.

Since the dawn of B-movies, filmmakers have often presumed that if they have access to a good location, they’ve won half the battle. But over and over, they’ve learned that a strong script, well-drawn characters and a competent cast still matter.

In writer-director Brendan Devane’s “The Canyonlands,” a diverse group of young folks wins a contest that includes a cash prize and a river-rafting trip down a southeastern Utah river. When their guide Lauren (Stephanie Barkley) has them stop to camp in a canyon, the kids are stalked by an axe-wielding monster, who may be a vengeful spirit.

This is a pretty rote slasher premise, the Utah setting aside. And Devane doesn’t do himself any favors by making his potential murder victims — a techie nerd, a social media influencer, a boorish jock, a pot-head and a prickly lesbian — so gratingly cartoonish.

But the most frustrating thing about this movie is that more than half of it takes place in the dark of night. Why call a motion picture “The Canyonlands,” and then barely show them?

Playing: In limited release where theaters are open*; available March 9 on digital and VOD

In director Brad Parker’s “The Devil Below” (written by Eric Scherbarth and Stefan Jaworski), a team of scientists heads to the abandoned Appalachian mining town of Shookum Hills to investigate a local legend. The region is home to a fiery, gaseous pit, which some believe to be the literal mouth of Hell.

Parker and company don’t rush into any flaming abysses. Instead, the movie takes its time to introduce both the explorers and their reluctant guide Arianne (Alicia Sanz) — as well as all their conflicting personalities and agendas.

Ordinarily, this would be good storytelling, carefully setting up the characters — if they weren’t all so stiff and so broadly drawn. The heroes have all been reduced to just one or two identifiable traits: One’s a conspiracy theorist, one’s a fortune-hunter, one’s religious and so on.

The best thing “The Devil Below” has going for it is its stark, remote location, which evokes the feeling of a world unto itself, hidden away in rural America. But what happens in front of this striking backdrop is too blandly familiar — and not nearly hellish enough.

Playing: Available on digital and VOD; and in limited release where theaters are open*

*The Times is committed to reviewing theatrical film releases during the COVID-19 pandemic. Because moviegoing carries risks during this time, we remind readers to follow health and safety guidelines as outlined by the Centers for Disease Control and Prevention and local health officials.