The box office success of “Shang-Chi and the Legend of the Ten Rings,” the first entry in the Marvel Cinematic Universe to feature an Asian lead, is a welcome boost to theater owners still contending with the uncertainty the COVID-19 pandemic brought to the motion picture industry.

Walt Disney Co. film’s $90-million four-day opening weekend in the U.S. and Canada obliterated the previous record for a Labor Day weekend, which is typically an end-of-summer quiet time for Hollywood (the displaced record holder was Rob Zombie’s 2007 “Halloween” at $30.6 million).

On one hand, the financial results from the film, starring Simu Liu, Awkwafina and Hong Kong cinema great Tony Leung, among others, should surprise no one. It’s the first Marvel movie since “Spider-Man: Far From Home” to be released only in theaters, rather than getting a same-day online release like “Black Widow.” And it’s yet another validation of the benefit of having inclusive storytelling in major blockbusters.

To theater operators, it’s the latest encouraging sign that audiences are willing to return to the big screen when there are movies they want to see.

AMC Theatres, the world’s largest circuit, on Tuesday said this was the first time that its attendance numbers exceeded those of the same weekend pre-pandemic. AMC’s share price increased 9% to $47.83 on Tuesday.

The larger question, though, is how the recent run of new movies will affect studios’ decisions about whether to hold onto their current release plans or continue to delay big movies or send them to streaming services.

Paramount Pictures last week delayed “Top Gun: Maverick” from its November release date to May, shortly after the studio showcased footage of the film for eager exhibitors in Las Vegas at CinemaCon. Sony Pictures is selling the rights to “Hotel Transylvania 4″ to Amazon Prime, and MGM has decided to release “The Addams Family 2″ to premium video on-demand and in theaters at the same time.

But on the heels of “Shang-Chi,” Sony on Monday said it would release the big-budget Marvel sequel “Venom: Let There Be Carnage” two weeks earlier than expected, on Oct. 1. Shawn Robbins, chief analyst at Boxoffice Pro, said the “Shang-Chi” release could be a confidence boost for distributors.

“I’m sure studios went back to work this week feeling more confident releasing movies this fall in theaters than they did a week ago,” Robbins said. “Moviegoing is ready to come back at a certain level. The pandemic is going to be here through the end of the year and will continue to be here into next year, and people are learning to live with it, and we’re starting to see that at the box office.”

Theaters have implored studios to keep their Fall movie schedules intact, and just as importantly, to release them only in theaters. “Shang-Chi’s” winning numbers should bolster their case, analysts said. Disney has said “Shang-Chi” will be only in theaters for 45 days before being available in the home.

“This is not a flash in the pan, this is not an anomaly, this is a trend,” said Paul Dergarabedian, box office analyst at Comscore. “For studios that are in boardrooms every day trying to make decisions about their release plans, this at least gives hope to the notion that movies can do well in theaters. For movie theaters, this is another arrow in the quiver.”

Still, it’s difficult to compare “Shang-Chi’s” performance with that of “Black Widow,” which was released in theaters and on Disney+ Premier Access for a $30 charge.

“Black Widow” opened with a strong $80 million in its first three days but fell significantly in its subsequent weekend. Theaters and analysts blamed the video-on-demand release for cannibalizing the box office and enabling piracy. Star Scarlett Johansson sued Disney over the release, saying it ate into her box office bonuses, in a case the company said has no merit.

“Shang-Chi’s” three-day gross (not counting the Monday holiday) was $75.5 million, slightly less than “Black Widow.” But comparisons are flawed because “Shang-Chi” was previously little known to people other than comic book devotees, while Black Widow has been a major fixture in the MCU since 2010’s “Iron Man 2.”

Disney has released several movies through its $30 Premier Access plan during the pandemic, including “Jungle Cruise” and “Cruella,” but does not currently have any movies on the schedule following that strategy.

The “Shang-Chi” grosses make it less likely that big movies such as the upcoming Marvel feature “Eternals” will be released simultaneously through streaming, analysts said.

In an earnings call, Disney Chief Executive Bob Chapek noted that “Shang-Chi” would be another important data point in its learnings about release strategies it has tested during the pandemic, which hobbled theater attendance. “We think it’s actually going to be an interesting experiment for us because it’s got only a 45-day window,” Chapek said. (The conventional theatrical window was typically double that).

Still, among the major studios, Disney has been one of the most willing to experiment with release strategies to help boost subscribers for streaming. Disney was absent for last month’s CinemaCon, where its rivals all, to varying degrees, declared the importance of the theatrical business model.

Meanwhile, Disney+ has been a major driver of the company’s stock price and is considered the Burbank entertainment giant’s top priority. Analysts are closely watching what Disney decides to do with the November release of the animated feature “Encanto” after other kids movies, like Pixar’s “Luca,” went straight to digital.

International markets, which fluctuate wildly with coronavirus caseloads and government restrictions, are a major factor in studio release decisions. Outside the U.S., “Shang-Chi” did worse than “Black Widow” in the markets where both were released. Disney estimated that in like-for-like markets at current exchange rates, the opening weekend was 29% below that of “Black Widow.”

Most of Southeast Asia is currently closed, 70% of Australia’s box office market is in lockdown and places like Japan and South Korea are contending with surges. “That’s really the challenge in releasing tent poles now,” Robbins said. “At no point have all these markets been aligned in a way that would be healthy for a global movie.”

China — which remains an important if unstable box office market for U.S. studios — could also be tricky for “Shang-Chi,” which still does not have a release date in the country. China’s government has allowed relatively few American movies into the country so far in 2021, preferring to support Chinese films. The ruling Communist Party also has censored on celebrities and prominent actors such as Zhao Wei in recent months.

“Free Guy” was approved for a Chinese release, but only got the green light a week before hitting theaters, making marketing a challenge. Nonetheless, “Free Guy” has done well in the country, staying at No. 1 for two straight weeks. “Black Widow” still has not received a Chinese release date. 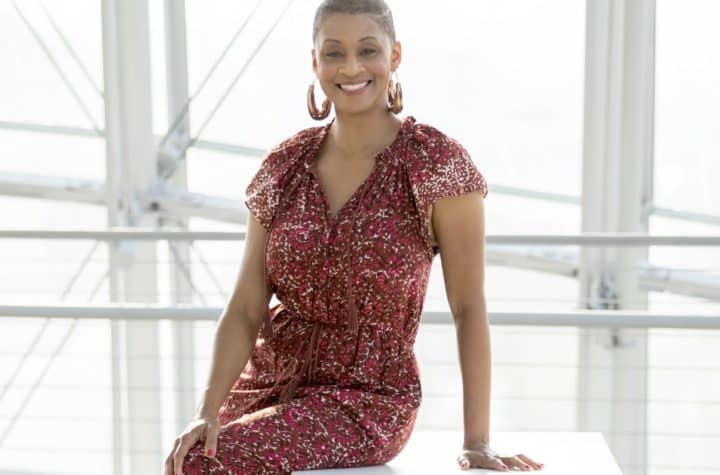