Only about 35% of the COVID-19 vaccine doses that have arrived in California have been administered so far, a rate Gov. Gavin Newsom acknowledged Monday was “not good enough” as he pledged new funding and efforts aimed at ramping up the rollout.

California has received just under 1.3 million vaccine doses, but just more than 454,000 people have received the shots, according to figures Newsom presented.

Though he has regularly maintained that distribution of the long-awaited vaccines would build up more rapidly over time, he said the process had, to this point, “gone too slowly, I know, for many of us.”

Newsom provided no clear answer during a news conference to questions about the cause of the lag, only promising “a much more aggressive posture” and additional details in the coming days.

“We want to see 100% of what’s received immediately administered in people’s arms, and so that’s a challenge,” he said during a briefing. “It’s a challenge across this country — it’s a challenge, for that matter, around the rest of the world. But that’s not an excuse.”

The government’s ability to quickly and effectively distribute vaccines is critical to California’s fight against the virus and a key test for Newsom. Though his original stay-at-home order helped suppress the virus early in the pandemic, the state is now experiencing one of the highest rates of transmission in the country.

Distribution of the vaccine has been slower than anticipated across the United States. In California, the complicated effort has been made more difficult by layers of federal, state and local rules governing the process for healthcare providers to prioritize patients and administer vaccines, said Matt Willis, public health officer for Marin County.

In comparison to a “come one come all” approach to distributing a standard flu vaccine, the COVID-19 vaccine presents a “logistically and operationally more complex” undertaking for an already stressed statewide healthcare system, he said. In order to administer the vaccine, providers must be approved by the state. Each person who receives a vaccine must be determined to be in the appropriate tier group and registered in a data management system to ensure they receive an additional dose on time, among countless other hurdles.

“Our bandwidth is really constrained right now,” Willis said. “The infrastructure that would normally be dedicated to prioritizing the vaccine distribution plan is overwhelmed with surges in cases.”

Another hiccup that has emerged in the vaccine rollout has been making sure doses don’t go to waste. The two vaccines that are available in the U.S. — one from Pfizer-BioNTech and the other from Moderna — are packaged in vials that contain multiple doses, and each vial has a limited shelf life of roughly six hours after it’s opened.

State officials have pledged to punish those who try to abuse their power or position to jump into the vaccination queue before their appointed time — a warning that has made some providers hesitant to administer leftover doses to those outside the first tier group of front-line healthcare workers and residents of long-term care facilities such as nursing homes.

In some instances, non-front-line workers have been offered the vaccine when a surplus occurred after all eligible staff were reportedly granted access. The Redlands Community Hospital in San Bernardino County said recently that several non-front-line workers were provided the extra doses. Under state guidelines released last month, health departments and facilities may offer vaccine to people in lower-priority groups when demand eases and doses are about to expire.

This week, the administration issued what Willis described as a “course correct” to give local health departments more latitude to broadly vaccinate healthcare workers, instead of following earlier state guidance to prioritize a primary care clinics over specialty clinics, for example.

Dr. Mark Ghaly, California’s Health and Human Services secretary, said the federal government gives California a weekly vaccine allocation and the state determines which counties will receive those doses. The local jurisdictions work with healthcare providers in their areas and vaccines are shipped directly from manufacturers to vaccination sites.

Ghaly also said the state is working to clarify that vaccinators should not let remaining doses go to waste.

“The bottom line is there’s a lot of complexities with the vaccine initiative, and we want to make sure the state of California doesn’t contribute to that complexity,” Ghaly said.

Ghaly said the state will continue to prioritize populations that are most vulnerable due to their exposures to the virus and potential health risks.

“We don’t want that prioritization to be diminished in any way, while also continuing to encourage fast and efficacious vaccination of our communities,” he said.

When it comes to enforcement, Newsom said, “we’re just looking for gross negligence: people that are skipping the line that know they shouldn’t be skipping the line, people taking care of people of means and influence, not the rest of us.”

“We have plenty of people that want to take that shot,” he said, “and the key is to make sure that, while we are enforcing the rules of the road, we’re aren’t enforcing against just common sense and the energy of someone who says: ‘Look, I don’t want to waste this dose. Why don’t I get it to someone?’ ”

State officials are also using survey data to determine how many front-line workers are turning down the COVID-19 vaccine, Newsom said Monday.

L.A. County public health director Barbara Ferrer said Monday that there isn’t “a registration system that tracks workers who decide to wait” or turn down the vaccine.

Some counties throughout the state told The Times last week that, based on anecdotal evidence, 40% to 50% of eligible front-line workers have turned down the vaccine. The hesitancy has affected healthcare workers in hospitals as well as staff inside nursing homes.

In order to accelerate the pace of vaccinations, Newsom said his administration is working to increase the number of distribution sites and to allow dentists, pharmacy technicians and other professionals to administer the shots, while also increasing the use of the California National Guard. He pledged to unveil more details “on some new strategies to deal with some of the roadblocks” soon.

Newsom said the budget proposal he would submit to the state Legislature later this week included roughly $300 million to support vaccination efforts by bankrolling logistics, a public education campaign and other needs.

The governor said an additional 611,500 vaccine doses are slated to be shipped to California over the next week. 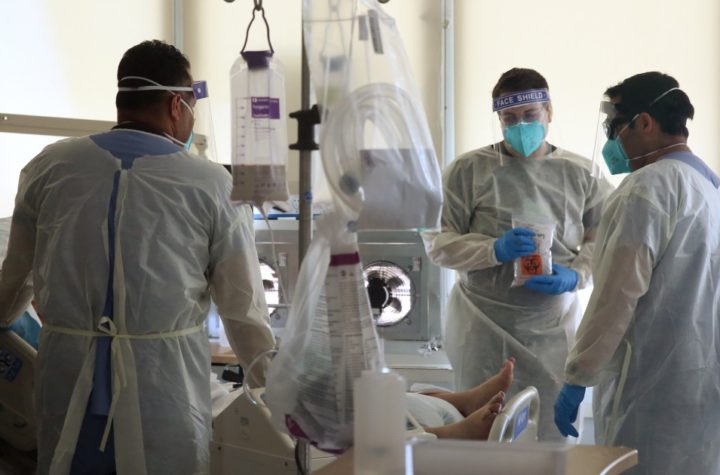 Hospitals admit COVID-19 patients faster than they can discharge 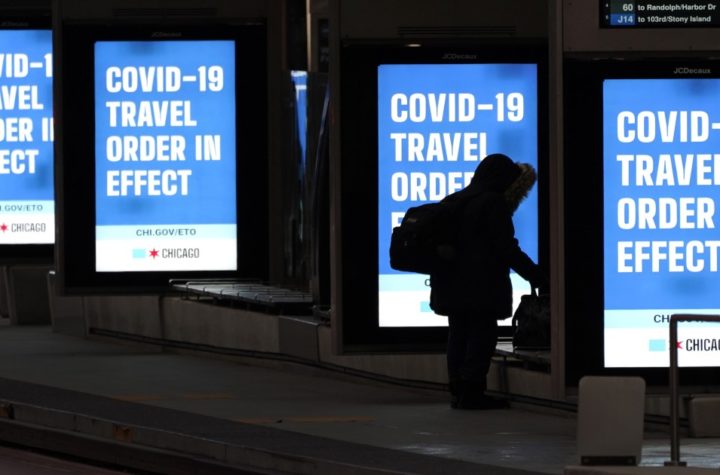 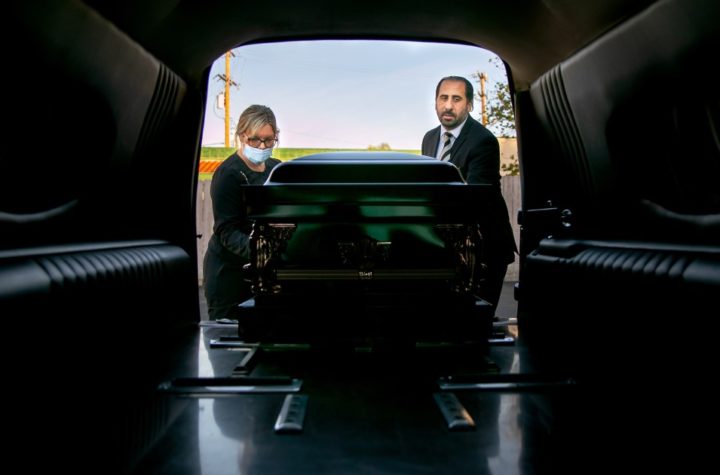 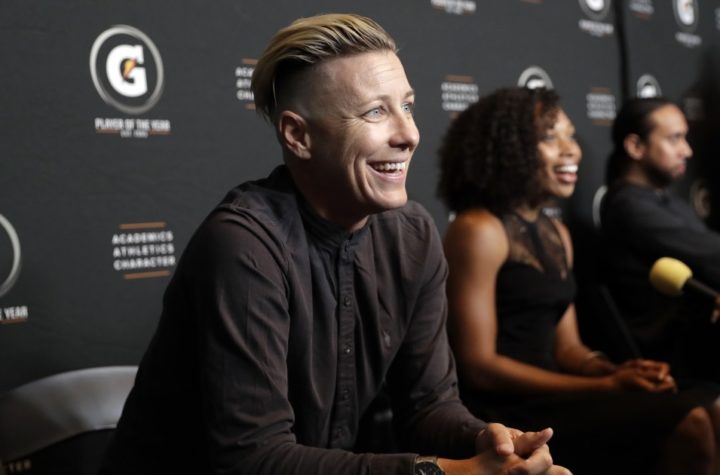 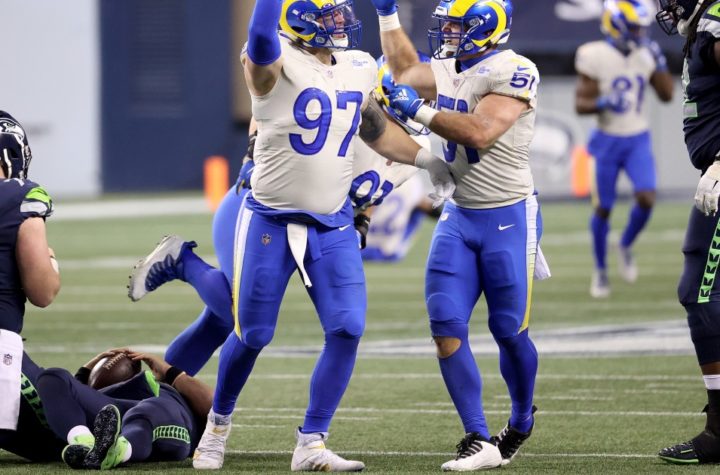 What we learned in Rams playoff game win vs. Seattle Seahawks

Hospitals admit COVID-19 patients faster than they can discharge 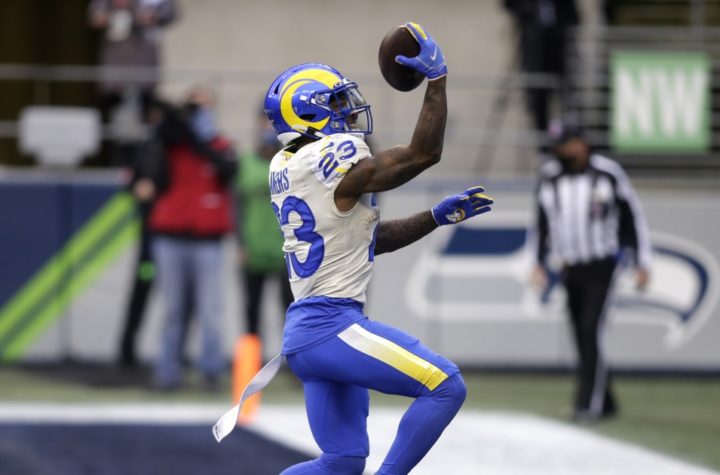