I somehow sensed the conversation would be our last. It wasn’t that she sounded any different. Her voice was sunny and clear. But at the end of that October phone call, she told me: “Never forget: I love you.”

She said it again an hour later in a text message, after thanking me for a book recommendation: “never-forget-love.”

Joanne Rogers said she loved me many times, even before we met in person. After we first spoke during a telephone interview in the summer of 2018, she tracked down my email address and wrote to say how much she liked the article that sprang from our talk. Receiving a polite thank-you note from a subject isn’t unusual, but there was something immediately intimate about Joanne’s correspondence. Already, I was “my dear Amy.” The message was filled with heart emojis.

We became pen pals. She was a night owl who rarely went to bed before 2:30 a.m. — anyone close to her knew not to call before 10 a.m. So her messages would often arrive near midnight when it felt as though we were the only two people still awake. She always included a weather report — too cold to go outside on a 14-degree winter day, how much it rained in the spring. When she noticed the area code on my phone number, she grew excited that I was from Boston: “Great city! Bad climate, same as here, though summers are good.” She let me know if she was getting a knee injection for her arthritic joints, or when she’d be out of town in the Berkshires seeing Yo-Yo Ma play at Tanglewood.

I loved how prosaic the exchanges were. They made me feel like we were real friends — the kind who don’t need to impress each other with trumped-up versions of our lives. Still, I longed to meet face-to-face. It almost happened in February 2019, when Joanne and most in the movie industry expected “Won’t You Be My Neighbor?” — the popular documentary about her late husband Fred Rogers — to earn an Oscar nomination. But the film was snubbed, and so Joanne’s plans to come to L.A. were nixed. Then, later that year, came “A Beautiful Day in the Neighborhood” — the feature film in which Tom Hanks starred as Mister Rogers. Joanne, who had cooperated with the production, was set to attend a local Pennsylvania premiere — and I persuaded my editors that I should fly there to write about it.

“Well, this just makes my day, dearest Amy!!!” she wrote when I told her of my plans. “Can’t wait to finally give you a big hug and kiss.”

At many film premieres, movie stars seem miserable. I often think how valuable it would be for any teenager who wants to be famous — I was one of them — to witness what celebrities like Lady Gaga and Oprah Winfrey experience at these events. They’re often so encircled by onlookers that they literally cannot move for hours. They pose for photos for the entire night, having no substantive conversations, and field thirsty requests from fans with business cards.

This is what I watched Joanne go through as I trailed her at a suburban movie theater in Pittsburgh. Everyone wanted to be close to her. To cry with her. To tell her how much Mister Rogers meant to them.

And she, at 91, listened to all of them. She took the selfies and accepted the hugs. She shared even more about her husband, who at that point had been gone for 16 years. She was liberal with her use of “I love you.”

Which isn’t to say she was all rainbows and cotton candy. She would voice her opinion when she thought someone was wrong. In September, TMZ quoted a Daily Beast interview in which she called President Trump “mentally ill.” I texted her how funny it was to see her name in a headline on the gossip website.

During the pandemic, Joanne became addicted to watching the news. Confined alone in her apartment, she tried to find other ways to fill her time. But a jigsaw puzzle “didn’t entertain” her much. She got through a few Deborah Crombie novels. She even tried to return to the piano — she’d made her living as a concert duo-pianist — but playing Bach hurt her shoulders. So she found herself in front of the television, toggling mostly between MSNBC and CNN.

“I am an optimist, essentially. But this is the hardest trial I’ve had as an optimist,” she told me this spring, amid COVID-19 and the Black Lives Matter protests. “I feel like I’d like to stop listening to the news and just have somebody call and ask me how I am, like you have.”

I should have called more. Especially after we talked in October and she mentioned some ongoing health issues. She revealed her condition to me, she said, because “you’re a calm person who wants to be told the truth. But I’m not worried. So you shouldn’t be worried.”

So, of course, I was worried. Something about the urgency of that “never-forget-love” message. We exchanged a few more texts before her death, including one after Joe Biden was named President-elect. “Ain’t life grand,” she said of the news, following the sentence with two heart emojis.

I never told Joanne this, but those closest to me often joke that I have a “no new friends” policy. I can be stubborn about letting new people into my friendship groups, I suppose because I fear their arrival will upset the balance of things — ultimately taking someone I love away from me.

Joanne was nothing like that. Every opportunity she had to connect with a new person was a chance at making her life greater. It seems so simple: viewing others as a gift instead of a threat. But it’s not. Even Fred struggled with the idea, Joanne admitted. She told me a story once about how he “bitched a lot” every time he had to travel because he hated leaving home. And yet when he’d come back to Pittsburgh, he’d always arrive renewed, telling Joanne: “We have such wonderful neighbors out there.”

Amid the chaos of 2020, one of Fred’s most common sayings became meme-ified: “Look for the helpers.”

Joanne said it was something his mother told him when he was a boy and he was scared. If he could just witness one individual helping another, his mother advised, he’d be reminded of the good in people — reminded that the world wasn’t all bad.

Thanks for being my helper, Joanne. 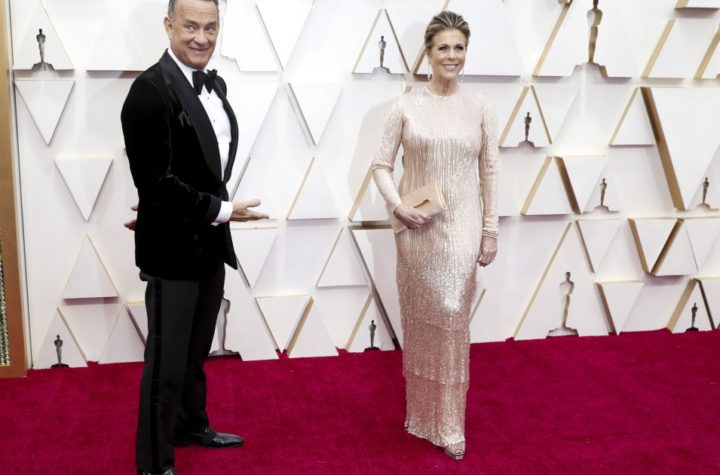 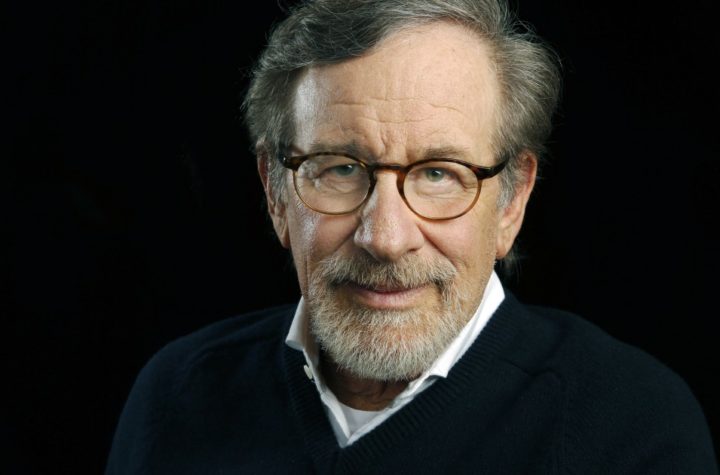 Spielberg and Netflix, once at odds, sign movie partnership