Jaime Barria holds a telling distinction with the Angels.

Following the departure of Jered Weaver at the end of the 2016 season, Barria is the club’s only homegrown pitcher to have made at least 20 starts in a single season.

No other player drafted (or signed as an amateur) and developed by the club has done it over the past four seasons — a concerningly short list that has coincided with annual underproduction from the starting rotation.

It’s against that backdrop that Griffin Canning, the club’s second-round pick in 2017, enters an important 2021 season. After being limited by injuries in his rookie year in 2019 and the league’s pandemic-shortened schedule last summer, he has lofty goals for his third campaign.

“If you look at those best guys, they’re not necessarily better in every aspect of pitching, they’re just more consistent,” Canning said Thursday. “They stay healthy. They just know themselves really well. That’s definitely something I’m looking to improve on, understanding myself more and what I need to do.”

Based strictly on appearance and athleticism, Canning reminds his manager of some of Major League Baseball’s best pitchers, too.

When asked about the 24-year-old right-hander, who is 7-9 with a 4.36 ERA in 29 career appearances and won a Gold Glove award last year, Angels skipper Joe Maddon referenced names such as Gerrit Cole, Trevor Bauer and Jack Flaherty as physical comparisons.

All are great athletes, Maddon said, able to field their position with the “same kind of light build, really great movement on and around the mound. And then their pitchability, they keep getting better.”

Now, Maddon wants to see how those gifts translate on the rubber for Canning over the course of a full 162-game season. Can his crafty arsenal help him stabilize a rotation that too often in recent seasons has been in flux?

“He just needs opportunity,” Maddon said. “I thought last year, his confidence continued to rise during the season. He really believes he belongs here now. And he’s on the verge of really understanding all of his weapons, and how to utilize them.”

Early this spring, he’s been working on his “sights” — where he wants to be looking when he delivers each pitch. “I threw a live BP yesterday and I felt like I kind of found some stuff with my fastball,” he said, “where it helps me to have the catcher set up in a certain spot.”

He has also continued tinkering with his breaking pitches. He’s calling his harder, “spiked” curveball grip a slider this season and said it will probably be his predominant breaking ball, though he will still use his slower curveball too. He is reclassifying his old slider, meanwhile, as a cutter.

But regardless of the pitches’ names, he’s focused on making sure the mechanics remain solid between each start.

“A big thing will be evaluating an outing a little bit better, the day after just really diving in and understanding what I did well or what I didn’t do well,” he said, adding, “and making sure if something gets off that I’m able to quickly get it back on track.”

There’s a health component to all this, as Canning tries to avoid the elbow issues that ended his 2019 season prematurely (he was able to make just 17 starts) and flared up again last spring.

But, Maddon said, “if he stays healthy [with the] combination of athleticism and the stuff he has, he’s pretty bright. He’s going to keep getting better.”

The Angels acquired infielder Jack Mayfield from the Atlanta Braves on Thursday in exchange for cash. A 30-year-old former Houston Astros prospect, who was claimed off waivers by the Braves this offseason, Mayfield has a .170 batting average in 47 career MLB games. On the same subject : Sam Mewis scores three goals in 4-0 USWNT win over Colombia. Last season, he went eight for 42 with 14 strikeouts and two walks. In seven career minor league seasons, Mayfield posted a .272 average and .791 on-base-plus-slugging.

To make room on the 40-man roster, the Angels designated infielder Robel Garcia for assignment. 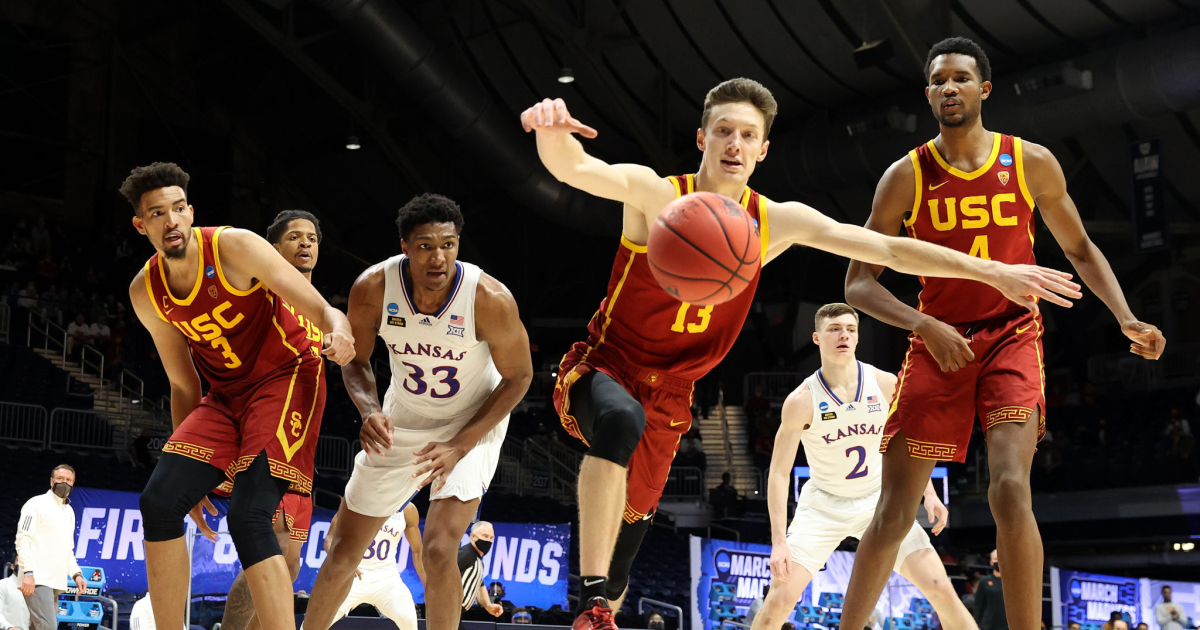 This may interest you :
NCAA tournament: Over-under, betting line for USC vs. Oregon
No conference has been more of a surprise nationally than the Pac-12.…