A coaching tree borne from Sean McVay’s near four-season tenure with the Rams leans heavy toward offense.

As the Rams (9-4) prepare to play the winless New York Jets (0-13) on Sunday at SoFi Stadium, Staley, in his first season as coordinator, oversees a defense that ranks first in the NFL in fewest total yards allowed and also in passing defense. The Rams are third in rushing defense and scoring defense.

With three NFL teams having already fired head coaches, and more surely to follow when the season ends, Staley — who got his NFL start under Vic Fangio — is part of the buzz.

“It’s humbling any time you’re considered in those conversations,” Staley, 38, said Wednesday during a videoconference with reporters. “Just excited to see where we can take it these last three games of the season. There’s so much work to do and that’s where our focus is.”

McVay said he would like to have more than one year with Staley, who he said “checks all the boxes” to be a head coach. But McVay said he would be happy for any coach who gets an opportunity for more responsibility, as he did when the Rams tabbed him after several seasons as Washington’s offensive coordinator.

“Even though the Rams would get worse,” he said of a possible Staley departure, “that’s what it’s about. And if that’s something that he wants to do, and he gets an opportunity to compete for the job, there’s no doubt in my mind he’ll do a great job.”

“The dude’s a genius,” Williams said.

Williams has four of the Rams’ 13 interceptions, a team total that is tied for seventh in the league. Lineman Aaron Donald has a league-leading 12 ½ sacks for a defense that has 42, which ranks third.

The Rams have given up a league-low 14 touchdown passes.

“It just seems like a group playing violent, playing aggressive and creating chaos for the opposing offense,” Jets coach Adam Gase said during a conference call with Los Angeles reporters.

The defense also has become a force with the ball.

In each of the last three games, the defense turned turnovers into touchdowns.

Last Thursday, linebacker Kenny Young intercepted a pass and returned it 79 yards for a touchdown in a 24-3 victory over the New England Patriots.

Staley coached outside linebackers for the Chicago Bears in 2017 and 2018 and the Denver Broncos in 2019. He said he had not been part of an NFL defense that scored in three consecutive games.

“It’s a special run that we’re on right now,” he said.

The Rams’ signing of kicker Brandon Wright on Tuesday gives them a stockpile of specialists on the practice squad, including kicker Austin MacGinnis and long snapper Colin Holba, as a precaution against COVID-19-related roster complications should any affect punter Johnny Hekker, kicker Matt Gay or long snapper Jake McQuaide during the last three games or the playoffs. Would the Rams do the same with a quarterback? “We’ve talked about potentially having a quarterback kind of just meet virtually and be available in an emergency situation,” McVay said, “but the approach we’ve taken with that is just make sure than we understand all the parameters around what dictates and determines a close contact trace that would knock those guys out if one of them were to get it, and then that was kind of the thinking with the specialists.”… McVay said Coen would remain with the Rams until the end of the season before leaving for Lexington, Ky. Read also : Talanoa Hufanga a relentless defensive machine in USC’s win., to join Kentucky’s staff… Receiver Robert Woods (thigh) did not practice, but McVay said he did not expect it to affect his status for Sunday’s game. Kick returner Nsimba Webster was absent because of “personal reasons,” McVay said…. Tight end Kendall Blanton rejoined the practice squad from the reserve/COVID-19 list. 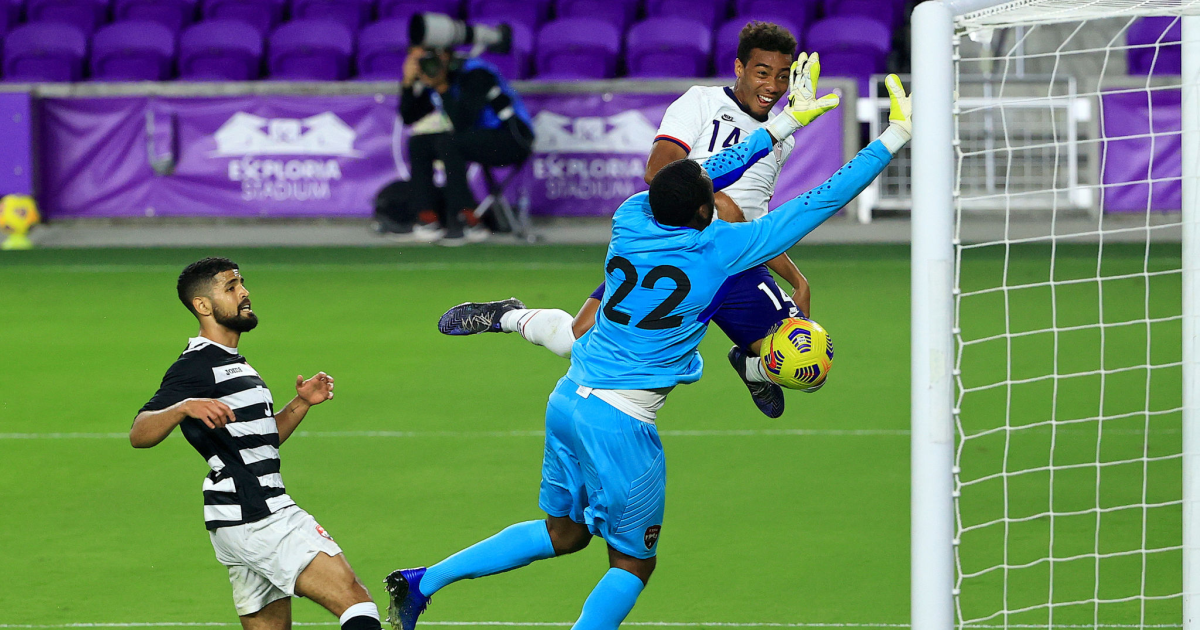 On the same subject :
USMNT dominates in victory over Trinidad and Tobago
Gregg Berhalter has cast a wide net in his search for national…