As the Chargers search for a new head coach to replace Anthony Lynn, the Los Angeles Times will examine candidates the team plans to interview. This is the eighth in a series of appraisals of the contenders, along with thoughts from NFL writer Sam Farmer:

Credentials: Each of the last two seasons, Saleh’s defenses have finished in the top five in yards allowed. The 2019 49ers, who reached the Super Bowl, were second in yards and eighth in points surrendered. Saleh has been the defensive coordinator in San Francisco for four seasons and a popular candidate for a head coaching job the last two years.

Humble beginnings: Saleh was a tight end at Northern Michigan and then began his coaching career as a defensive assistant at Michigan State for two years before spending a season at Central Michigan. That 2004 Chippewas team was coached by a then-unknown Brian Kelly, who today is well known as Notre Dame’s head coach.

One man’s view: “I will be very surprised if we don’t lose [Saleh]. I don’t know what’s wrong with people if they don’t hire him. He’s as good as you can get, knows more about football, all three phases, and he’s going to hire the best staff. He knows about players. … He also knows how to deal with people. I hope everyone’s not very smart and doesn’t hire him so I can keep him.” — 49ers head coach Kyle Shanahan, via San Francisco Chronicle

Did you know: Saleh was the best man at the wedding of Matt LaFleur, Green Bay’s head coach. The two lived together and became close friends while serving as assistants at Central Michigan.

Sam Farmer’s take: Everybody remembers what Saleh did with that 49ers defense in 2019, helping guide the 49ers to the Super Bowl. But his performance in 2020 was better, considering the team had traded DeForest Buckner, Nick Bosa played one game, Richard Sherman wasn’t on the field much, and there were 14 different starting combinations in the secondary. There’s no reason San Francisco should have been in the top five in a bunch of defensive categories … except that Saleh was in charge. His stint with the team got off to a bumpy start, as he was supposed to be a position coach but was promoted to coordinator when the club couldn’t land Gus Bradley or Vic Fangio. Then it took awhile for Saleh to get comfortable in the role. But when he did, he rose to the top of the league. Although he got his NFL coaching start in Houston, Saleh is from the Pete Carroll coaching tree and draws up a defense that’s similar to Seattle’s. He studied under Bradley, the Chargers’ former defensive coordinator, both in Seattle and Jacksonville. His best attribute? His people skills. He’s an enthusiastic and positive person, a straight-shooter who’s smart and well prepared. A lot of people have projected the native of Dearborn, Mich., to wind up with the Detroit Lions, but there are several teams interested in his services. 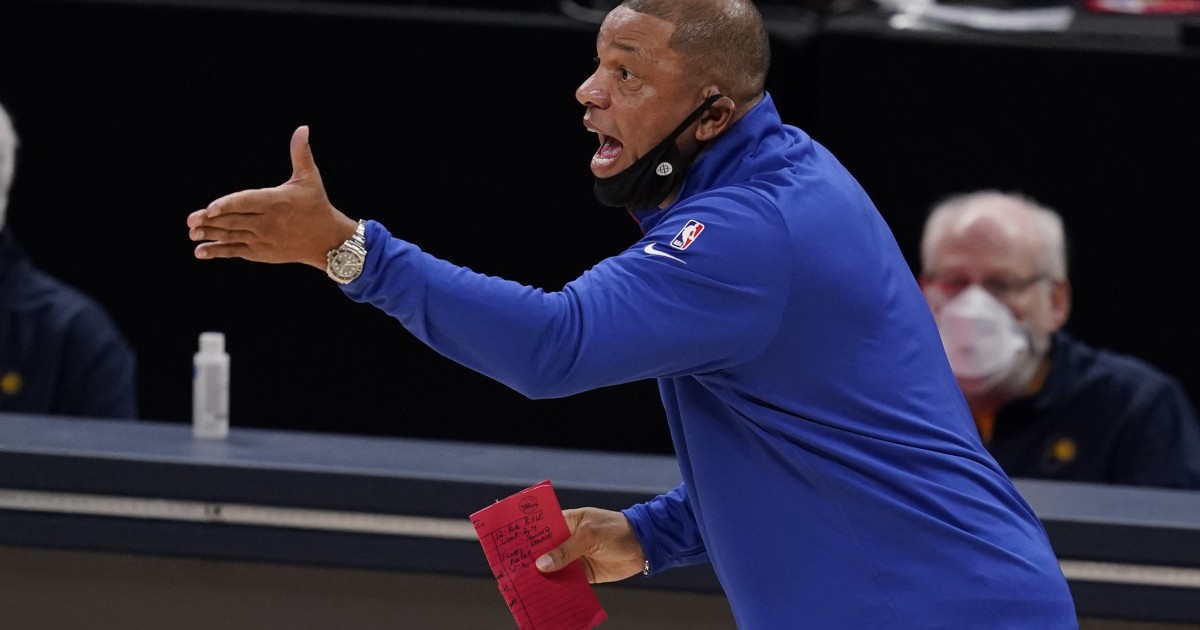 See the article :
Doc Rivers will try to cure what ails the talented 76ers
It was 30 degrees and snowing in Philadelphia when Doc Rivers answered…