As a way of getting “our system implemented,” Lakers coach Frank Vogel said before his team played the Phoenix Suns on Friday night, he has made sure that “we really dove deep into the film” after all their exhibition games.

It worked for the Lakers last season, leading them to the NBA championship under tough circumstances of having to play games in the NBA bubble in Florida after the league restarted the season that was halted because of the COVID-19 pandemic.

So with the coronavirus still raging and testing protocols still in place, Vogel returned to film to teach while the Lakers were in Phoenix for the last three days.

“This is a unique situation with the point-of-care testing. It’s tough to deal with that in the morning and still get guys over to the arena for practice,” Vogel said on a pregame videoconference. “We haven’t had a shootaround or a practice on this trip, so it has been really important for us to learn in the film room and getting everybody connected and we’ve had some success with carryover. What we talk about in our film is carrying out onto the court and hopefully that continues tonight.”

The plan was for LeBron James and Anthony Davis to play in their second straight exhibition game and for their time to increase as they ramp it up before the season starts Tuesday against the Clippers at Staples Center.

Davis had 35 points and six rebounds in 30 minutes and James had 20 points and eight rebounds in 25 minutes in three quarters as the Lakers finished the preseason 4-0 with a 114-113 win at Phoenix. The Lakers overcame a 21-point deficit and Quinn Cook hit the go-ahead shot with 26 seconds left.

They started alongside Marc Gasol, Kyle Kuzma and Kentavious Caldwell-Pope, who played after missing Wednesday night’s game with hip soreness.

The real hope for the game was that newcomers Gasol, Montrezl Harrell, Dennis Schroder and Wesley Matthews use the film sessions to their advantage and merge those lessons with their teammates who know the benefits.

“Yeah, there was a message to our new guys that we really moved the needle and took what we’re talking about on the film onto the floor without a lot of reps and practice,” Vogel said. “This is something that we have to get accomplished with our group this year too. To their credit, our whole group so far has been really good with this. My main takeaway defensively without looking at the totality of the numbers from Game 3 is I was really impressed with how connected we are already within the nuances and the details of our defensive system with the new guys working together with the returning guys. That’s an encouraging thing for me.”

Schroder didn’t play Friday night because of an ankle sprain that Vogel said had “mild swelling,” so they were “going to play it safe.”… Alfonzo McKinnie, who had been out because of an “excused absence” played on Friday night in Phoenix. According to people not authorized to speak on the matter, an excused absence applies to scenarios that include either a positive test or inconclusive result or because of reasons related to contact tracing. See the article : USC vs. Oregon matchups: Trojans’ secondary looks to stop Oregon’s pass attack. … Devin Booker led the Suns in scoring with 27 points. Chris Paul sat out with a sore ankle. 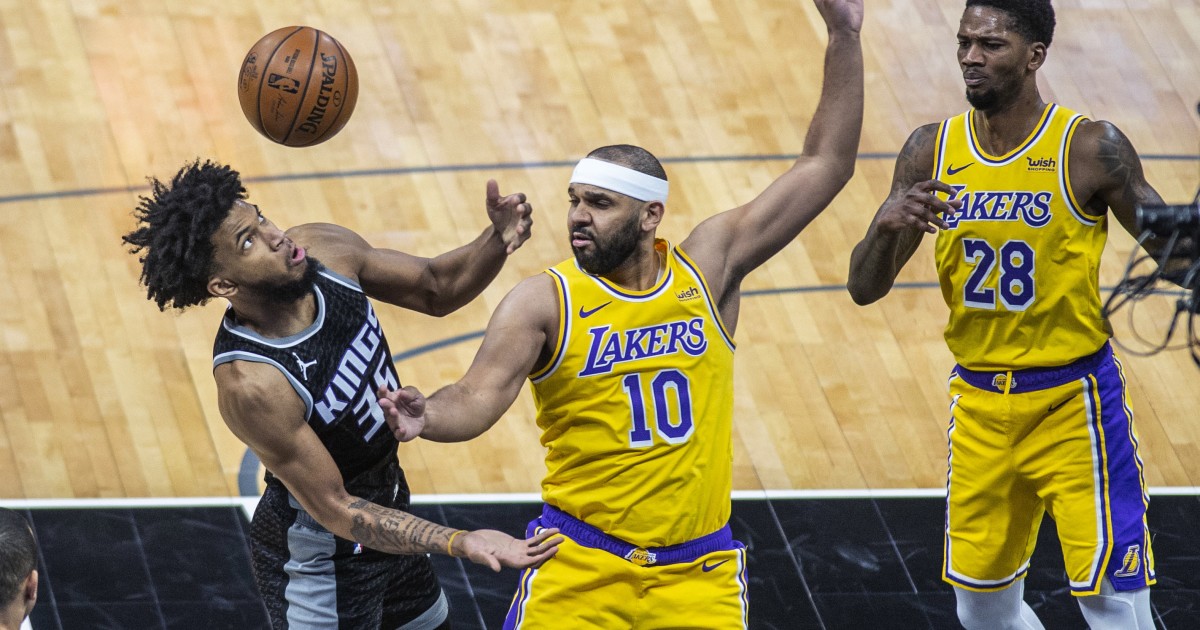