It was just another piece of fan mail, written by hand, one sheet of paper, folded up in a plain white envelope.

It expressed admiration for Singleton’s joyous style of play, complimented his unselfish love of being a Bruin, thanked his family for raising a nice young man, and contained a souvenir ticket stub from Singleton’s first career start.

The letter was addressed to the UCLA athletic department, dropped in a mailbox one winter day in 2019, and completely forgotten.

“I just wanted to express my appreciation,” said Mokover, 33, a business planner for Southern California Edison. “I never really expected anyone to read it, to be honest.”

Who would? The UCLA basketball program is a national institution upholding a legacy of greatness that would seem to have little room for a scrawled missive from an anonymous spectator to a backup freshman.

Except, in watching these mostly Southern California kids connect and compete and share their way to the Final Four, it’s clear this Bruins team is different.

Several months after the letter was mailed, around 9 p.m. on a late spring evening, Mokover was in the second-floor bedroom of his Santa Monica condo when he heard the downstairs doorbell. His wife, Sarah, opened the front door.

Standing in front of her was a tall young stranger holding a pair of basketball shoes.

In coach Mick Cronin’s world, David Singleton is even bigger.

He’s the player bouncing around in the middle of the pregame hype huddle. He’s the player at center court leading the postgame celebration dance. He’s the sub who constantly steadies, the shooter who consistently settles, the leader with the attitude of gratitude.

He’s also got game, as he saved them in the Sweet 16 overtime victory against Alabama after Johnny Juzang fouled out. The 6-foot-4 junior scored a season-high 15 points in just 20 minutes, recording an amazing plus-31, and surprising absolutely nobody who knows him.

“We wouldn’t be here if he doesn’t step up when Johnny fouls out against Alabama,” Cronin said, noting, “If I said, ‘Hey David, you got to run through that wall for us to win,’ he would take off head first. That’s just the type of person he is, that’s permeated through his team, and it’s helped me build the culture of winning at UCLA.”

He’ll run through a wall and he’ll crash in the gym. Singleton made news his freshman year when he was so enamored with shooting baskets late one night at Pauley Pavilion, he eventually curled up on Nell & John Wooden Court and slept there.

“I love that court, I was working out by myself, I laid down with my head on my shirt and the next thing I know, it was tomorrow,” Singleton recalled with a laugh.

He was also known for shooting baskets in the gym several hours before every game with his father David, just another Los Angeles kid hanging out with Dad on a neighborhood hoop.

“I’m just so happy to be a Bruin,” said Singleton, who grew up in View Park and went to high school in Torrance at Bishop Montgomery.

As the son of longtime educators, he was taught to share that happiness. As his local notoriety grew, he would tutor wide-eyed children, visit the homes of fans who wanted photos, and once even literally gave a young admirer the shirt off his back.

It happened in a local mall, where a kid recognized him and jumped up and down while pointing at his Bruin T-shirt. Singleton took off the shirt, signed it, and gave it to him.

“We had to quickly go to Foot Locker and buy him another shirt, but that’s Davey,” said his mother Natalie. “We always taught him, it’s not what you have, it’s what you do with what you have. But sometimes even I’m amazed at what a genuine person he is.”

Singleton was genuinely excited in the winter of 2019 when he showed his parents the letter from Mokover. It was his first piece of fan mail as a Bruin.

“I can’t believe this, he’s saying so many nice things about me, I have to thank him,” he told his parents.

“So what are you going to do?” said his mother.

Singleton rummaged around in his closet for the shoes he wore in his Feb. 21 starting debut against Oregon State.

“I’ll bring him these!” he said, and his parents just smiled.

“It’s not the first time he’s done that,” recalled his mother. “We’re used to it by now. He’s got a lot of shoes.”

So after the season, guided only by the envelope’s return address, Singleton drove by himself to a strange neighborhood to knock on the door of a complete stranger just to say thanks for his support.

“I was just being who I am, a real person thankful for the support of a Bruin fan,” Singleton said. “Growing up in L.A., playing for UCLA means the world to me, this is a dream come true, and a privilege for which I am so grateful.”

As for Mokover, the minute he heard Singleton’s voice at his door, he went into a panic.

“It took about 15 seconds to sink in, and then it was like, oh my God!” Mokover said. “I sprinted downstairs.”

Their visit lasted less than 10 minutes. Mokover was so stunned he didn’t even invite him inside.

Said Mokover: “I was just blown away.”

Said Singleton: “I know there are certain standards and responsibilities that come with wearing these four letters, and one of those is to give back.”

Mokover accepted the sneakers — “Seven sizes too big,” he joked. They chatted hoops, shook hands, Singleton disappeared and they haven’t spoken since.

“I remember coming back inside, Sarah’s face was like, ‘What was that?’ ” recalled Mokover. “I had to explain to her what this UCLA player was doing on our doorstep.”

As it turns out, in this new era of Bruins basketball, David Singleton was just being UCLA. 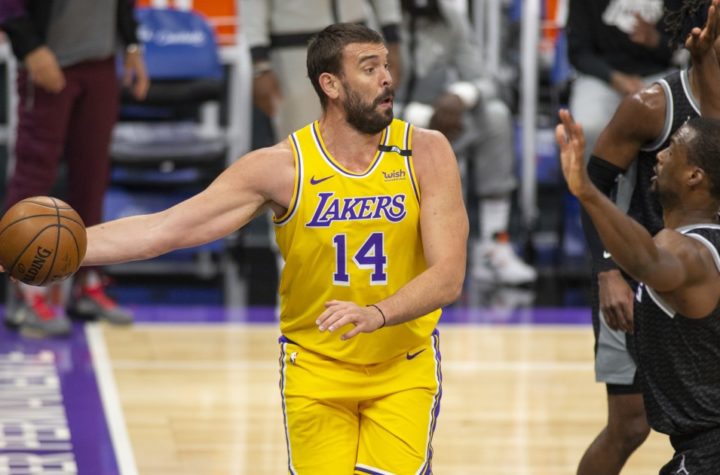