Everything about the Chargers these days centers on Justin Herbert. Including the new center.

The team just signed Corey Linsley, a reigning All-Pro, to the richest contract in NFL history at the position.

At the core of that steep investment is the goal of giving Herbert and the Chargers every chance to succeed in the quarterback’s second season.

Linsley spent the last seven seasons with Green Bay and played in at least 13 games six of those years while the team went 71-40-1 and made three conference title games.

He brings all that positive experience and something else just as valuable to an offensive line that plays a critical role in Herbert’s development.

“When we get up to the line of scrimmage, my job, my most important job, is to get everybody on the same page … being able to communicate with everybody on the O-line and the quarterback as well,” Linsley said. “Communication is key.

“I can reach guys in pass block or whatever, but it doesn’t mean anything if everybody isn’t on the same page and we’re all going different directions. That’s the biggest thing on my plate that I’ve got to take care of.”

Last season, Herbert played well enough to be chosen as the NFL’s best offensive rookie and did so behind a line so poor that general manager Tom Telesco is now working to change 80% of it.

If a rebuilt front anchored by Linsley can give Herbert more time and help, who knows how high Herbert’s ceiling might extend? Aiding him at the line of scrimmage pre-snap is the first step in protecting him.

“That’s something that I’ve taken pride in,” he said. “I felt like we had a really good thing going in Green Bay that we kind of built. It takes everybody.”

Linsley was a fifth-round draft pick out of Ohio State in 2014 but emerged rapidly, starting in his NFL debut and never relinquishing the job. So he knows about learning under fire, something Herbert perfected in 2020.

Easing Linsley’s transition to a new offense is the fact his old offense was quite similar. In discussions with Chargers right tackle Bryan Bulaga, another former Packer, Linsley said his understanding is matters won’t be vastly different for him.

“It seems like they’re coaching the same stuff,” he said. “You know, coming off the ball, an emphasis on the run game, playing physical and tough. That’s all the stuff that we talked about in Green Bay. … That definitely drew me to here.”

So did Bulaga, Linsley explaining that he was sold on the Chargers by Bulaga’s assessment of the new coaching staff headed by Brandon Staley.

“There are a lot of outside factors and benefits coming here,” Linsley said. “But I wouldn’t have decided to come here if it wasn’t for the great things that Bryan said. The vibe that he got from the coaching staff, everything he said. It meant a lot to me.”

Bulaga probably will be the only returning starter up front as he attempts to bounce back from a season full of injuries and disappointment. Bulaga played only 38% of the Chargers’ offensive snaps a year ago. That’s the second-lowest total of his career, above only a 2017 season in which he missed 11 games.

Along with Linsley, the Chargers also signed former Pittsburgh lineman Matt Feiler in free agency. Feiler will play guard, although Friday he said he hasn’t been told which side.

Feiler also has played tackle, and the versatility can only help the Chargers coming off a season in which the right side of their offensive line had to be continually shuffled because of injuries.

So the Chargers still need a left tackle and another guard, with plenty of offseason and salary cap space still to find answers.

They most certainly believe they have their center, signing Linsley to a five-year deal that guarantees him $26 million and is worth up to $62.5 million.

“It really doesn’t mean anything unless I perform to that level,” he said. “I’m excited and thankful that the Chargers thought enough of me to offer me that contract. … I owe them.”

Linsley met with reporters on the same day the Chargers’ former center, Dan Feeney, agreed to terms on a one-year deal with the New York Jets. … The Chargers re-signed cornerback Brandon Facyson and lost reserve offensive lineman Cole Toner, who is joining Houston. 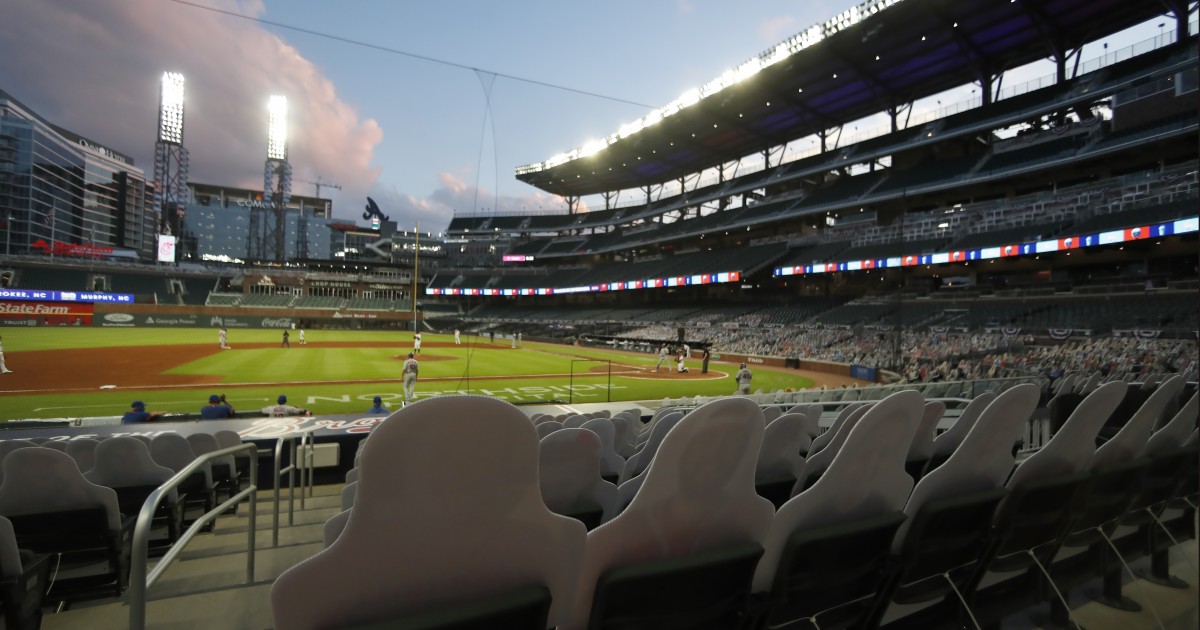 On the same subject :
Commentary: Why MLB should consider moving the 2021 All-Star game from Atlanta
These are the words of the only baseball player to have his…