For the offseason’s first three months, the Dodgers, the reigning World Series champions for the first time since the George H.W. Bush administration, kept their stove on low. They made mostly minor moves while watching contributors — Joc Pederson, Kiké Hernández, Pedro Báez and Alex Wood — join other teams. Their biggest transaction was re-signing reliever Blake Treinen.

Feb. 5, less than two weeks before the start of spring training, they responded by agreeing on a three-year, $102 million contract with Trevor Bauer, the best pitcher on the free-agent market. On Saturday, they presumably put a bow on their winter, re-signing Justin Turner to a two-year, $34 million contract.

“Obviously, we’ve noticed,” Dodgers president of baseball operations Andrew Friedman said of the Padres’ busy offseason during Bauer’s introductory press conference Thursday. “We think they’re a really talented team. That being said, we’re pretty intrinsically motivated to be as good as we can be.”

The Dodgers were considered the favorites to win the World Series before Bauer joined. They still have Mookie Betts, Cody Bellinger, Clayton Kershaw, and Walker Buehler, and a surplus of impact performers. MLB Network’s list of the top 100 players in the majors includes eight Dodgers from the 2019 team in the top 50.

Turner was one of them. The only lingering uncertainty for the deepest roster in the majors until this weekend is Kenley Jansen’s status as the closer.

Bauer’s addition was more of a surprise. He is a luxury few teams could’ve afforded. The Dodgers blasted through the competitive balance tax threshold to add him — and that was before Turner’s deal. They saw an opportunity to improve with relatively low long-term risk. It could be the difference in their pursuit of a ninth straight division title.

The Dodgers finished the abbreviated 2020 season with the second-best starters earned-run average (3.29) in the majors. Their 3.11 starters ERA in 2019 was first. Their starter rotation projects to be even better in 2021.

But the rotation is projected to improve in other spots too. Veteran left-hander David Price will pitch after opting out of the 2020 season. Julio Urías, Tony Gonsolin and Dustin May figure to continue getting better as they collect experience.

As it stands, Urías will occupy the rotation’s fifth spot. Gonsolin and May would make almost every other team’s rotation but will either begin the season in the bullpen or the minors. The Dodgers have seven healthy, quality major league starters — with Josiah Gray, the organization’s top pitching prospect, waiting in line.

The group does have its questions. Was Bauer’s 2020 season — 11 starts against the worst two divisions in the majors — a fluke? Can Buehler avoid another slow start and maintain an ace-level performance for a 162-game season? Will Kershaw, in the final year of his contract, remain one of the top pitchers in the majors after turning 33?

They’re questions almost every other club would love to face. The Dodgers’ rotation has been one of the best in recent years. It shouldn’t be any different in 2021. 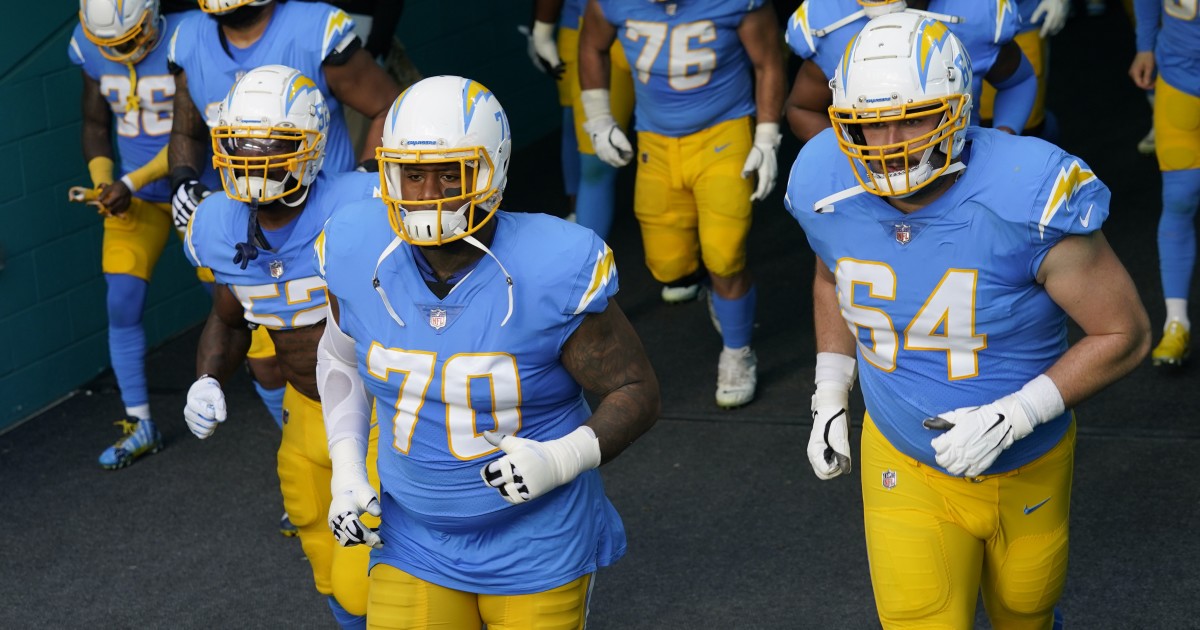 The Dodgers finished 2020 with the second-lowest bullpen ERA in the majors (2.74), but questions about the back end pervaded until the last out of their championship season.

Urías, not Jansen, closed Game 6 of the World Series, but Jansen returns as the closer for the last year of his contract. Whether he’s in that role by the end of the spring or the middle of the summer or in the fall remains to be seen.

The Dodgers instead made changes elsewhere in the bullpen. Out went Báez, Dylan Floro, Adam Kolarek and Jake McGee. In came Corey Knebel, Garrett Cleavinger, and Alex Vesia.

Right-handers Treinen, Joe Kelly, Brusdar Graterol, May and Gonsolin figure to round out the bullpen. 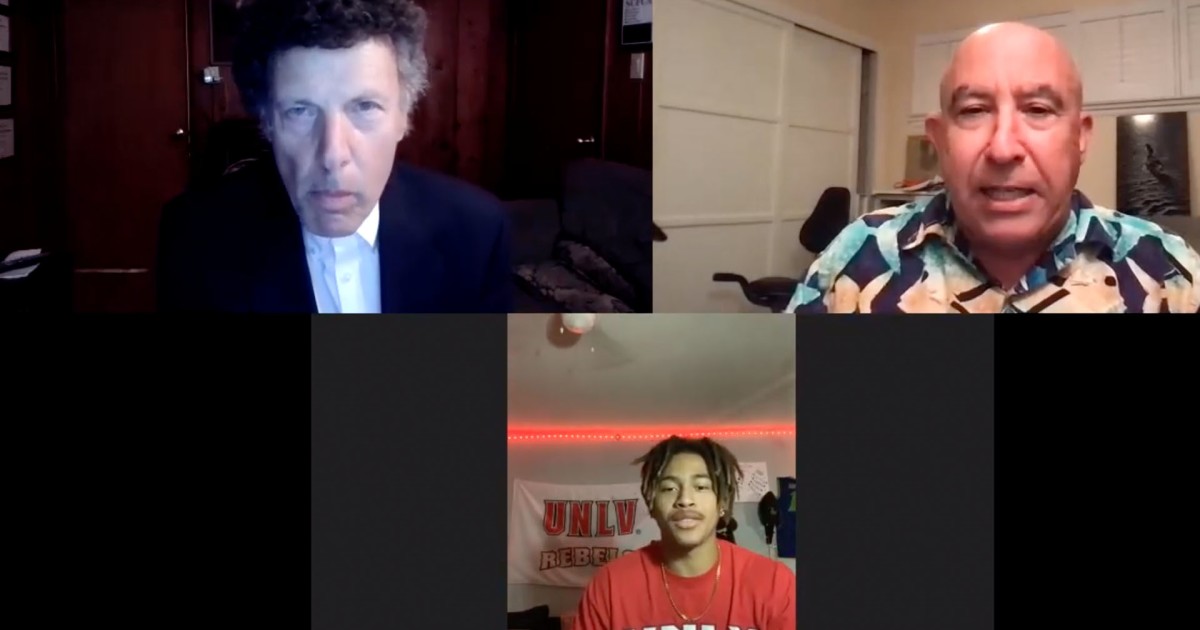 Will Smith has been an offensive force in his 91 career games since debuting in 2019, clubbing 23 home runs with a .937 on-base-plus-slugging percentage. On the same subject : Super Bowl 2021 prop bets: Brady, Mahomes, nostrils and more. His defense and pitch-calling, however, are behind, which is why the Dodgers elected to start Austin Barnes at catcher in four of the six World Series games last fall.

Barnes is the better framer, game-caller and receiver, but he doesn’t supply Smith’s offense. Keibert Ruiz, widely regarded as the organization’s top prospect, is third in line again after making his major league debut last season. 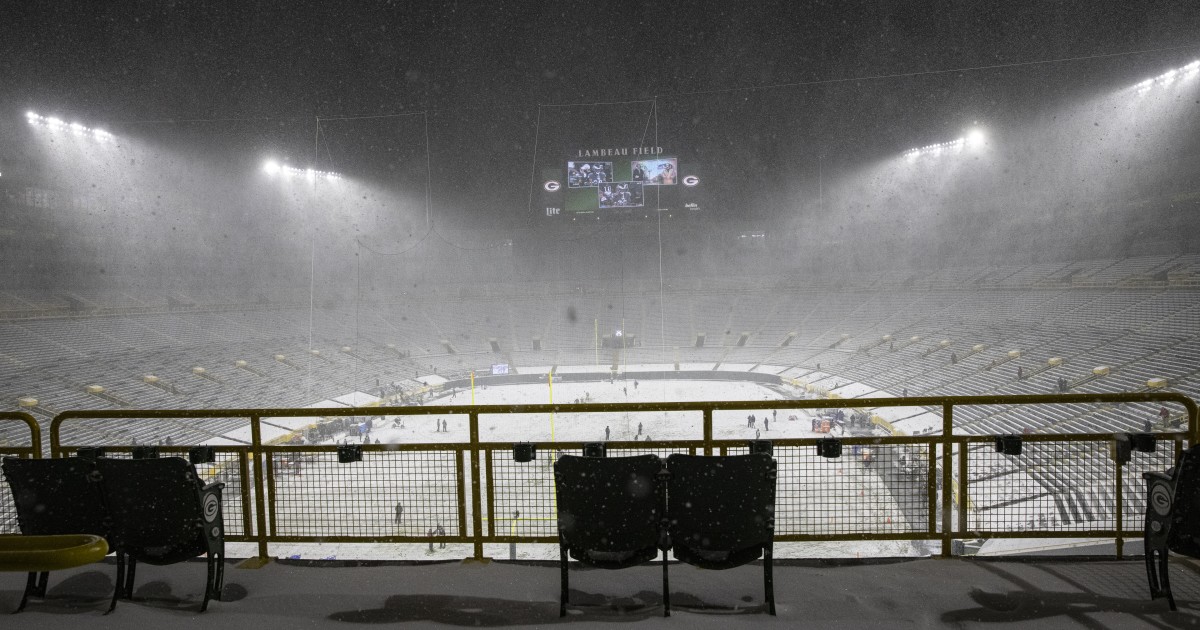 On the same subject :
Rams playoff game at Green Bay brings cold-weather challenge
The conditions were freezing — eight degrees with a wind-chill factor of…

This group was completed Saturday when Turner and the Dodgers finally agreed to terms. Turner wanted a longer contract and at least one other team — the Milwaukee Brewers — had legitimate interest in signing the 36-year-old third baseman, but he settled for the Dodgers’ offer.

With Turner back in the fold, the Dodgers employ one of the best offensive infields in the majors. Turner is 36 and his defense has declined in recent years, but he’s still a dangerous hitter; he posted an .860 OPS in 42 games last season.

Corey Seager stayed healthy and was a force in 2020. He fueled the offense during the playoffs, becoming the eighth player to be named MVP of the World Series and League Championship Series in the same postseason. Repeating that production would lead to a massive contract when he reaches free agency next winter.

Max Muncy will play first base with Chris Taylor spending most of his time at second base.Zach McKinstry could replace Hernández as the super utility player.Edwin Ríos provides power off the bench and will be Turner’s primary backup. Matt Beaty can play first and third base. Gavin Lux is another option in the middle infield, though he could possibly use more time in the minors. Sheldon Neuse, acquired from the Oakland Athletics last week, gives the Dodgers depth at second and third. .

Mookie Betts’ first season as a Dodger was a smashing success. The right fielder batted .292 with 16 home runs and a .927 OPS during the regular season, which led to a second-place finish in the NL MVP race, before showing off his five-tool skill set in October. At age 28, he remains in his prime as he heads into the first year of his 12-year contract extension.

Center fielder Bellinger’s production plummeted in 2020, but his home-run-robbing catch in Game 3 of the NLDS and go-ahead home run in Game 7 of the NLCS will be played on highlight reels for years to come.

That home run, of course, led to Bellinger dislocating his right shoulder when he smashed forearms with Hernández in celebration. He underwent surgery in November and is expected to be ready for the start of the season, but the timetable could always change.

In left field, the Dodgers had Pederson and AJ Pollock platoon. Pederson, wanting to play every day, signed with the Chicago Cubs, leaving Pollock, Taylor, and Beaty as the primary options.