The Rams have yet to play a game with a member of the 53-man roster out because of a COVID-19 issue, but got a reminder Thursday that they are not invulnerable.

Neither McVay nor the Rams would identify the player, citing NFL rules related to COVID-19 reporting. On the injury report, Evans was listed as a non-participant because of illness. The other four players were listed as non-participants because of non-injury related issues.

Under NFL protocols, a player or staff member who tests positive would be tested again to determine whether the initial result was a false positive. The Rams (9-4) play the New York Jets (0-13) on Sunday at SoFi Stadium.

“We’re all kind of just working through it and trying to manage it the best we can,” McVay said during a videoconference with reporters after practice. “This is kind of the real first true taste during the week that we’ve had of having to negotiate that, which is also a reflection of how fortunate and blessed we’ve been this season based on the way guys have handled it.”

Several NFL games were postponed and rescheduled this season because of COVID-19 outbreaks, and multiple teams have seen their rosters weakened after starters were placed on the reserve/COVID-19 list because of a positive test or contact tracing.

The Rams have been largely unaffected since the international outbreak began.

Before a Week 10 game against the Tampa Bay Buccaneers, several practice squad players were placed on the reserve/COVID-19 list, including tight end Kendall Blanton, defensive back Jake Gervase and receiver J.J. Koski. All returned to the team.

The Rams got a scare the following week when an unidentified player and staff member initially tested positive, causing McVay to cancel a Friday practice. The two individuals subsequently tested negative. Two days later, the Rams lost to the San Francisco 49ers on a last-second field goal.

Thursday was the first time several players from the active roster were absent from a practice because of COVID-19 issues.

“When you really feel it touch your team, it can’t help but hit ya in a different way,” McVay said. “And there’s always that element of you realize it, but you don’t quite understand until you have to actually experience having to adjust and not having guys at practice.”

They signed punter Brandon Wright and long-snapper Colin Holba to a practice squad that already included kicker Austin MacGinnis. The stockpile of specialists is in place should injury or COVID-19 affect punter Johnny Hekker, kicker Matt Gay or long-snapper Jake McQuaide during the last three games or the playoffs.

McVay has said the team also has discussed the possibility of adding a quarterback who would participate virtually. The player could be activated if Jared Goff, backup John Wolford or practice squad quarterback Bryce Perkins were affected by COVID-19 or contact tracing.

The Rams hold meetings virtually and also in open-air tents at their Thousand Oaks facility. Precautions are taken to ensure all players, including quarterbacks, are socially distanced, coaches and players said.

“In meetings we’re not anywhere near each other,” Goff said of he and Wolford. “We’re sitting on opposite sides of the tented area and just trying to keep our distance.

“If something were to happen to either of us, you would hate for it to take out both of us, so it’s definitely a conscious effort.”

The distancing, a departure from the close proximity characteristic of a position group’s meeting room, has not affected preparation, Goff said.

“You do miss that camaraderie being in there as a group, being in that tight-knit community and that’s about it though,” he said.

McVay said the Rams have a plan in place if COVID-19 issues forced him to separate from the team. Outside linebackers coach Joe Barry — who is also the associate head coach — defensive coordinator Brandon Staley and special teams coordinator John Bonamego would be at the forefront in McVay’s absence.

“I would be going nuts at home if I had to do that,” McVay said.

The situation Thursday was reminder to be prepared to adjust.

“The mental gymnastics is absolutely exhausting,” he said, “but you got to love it.”

Receiver Robert Woods (thigh) returned to practice but was listed as limited. McVay reiterated that he expected Woods to play Sunday. … Whitworth (knee) remains on injured reserve. On the same subject : Talanoa Hufanga has become USC’s everywhere man on defense. Rather than rushing him back for regular-season games, McVay said it “would be more ideal” to wait until the postseason if the Rams qualify for the playoffs. They can clinch a berth with a victory Sunday. 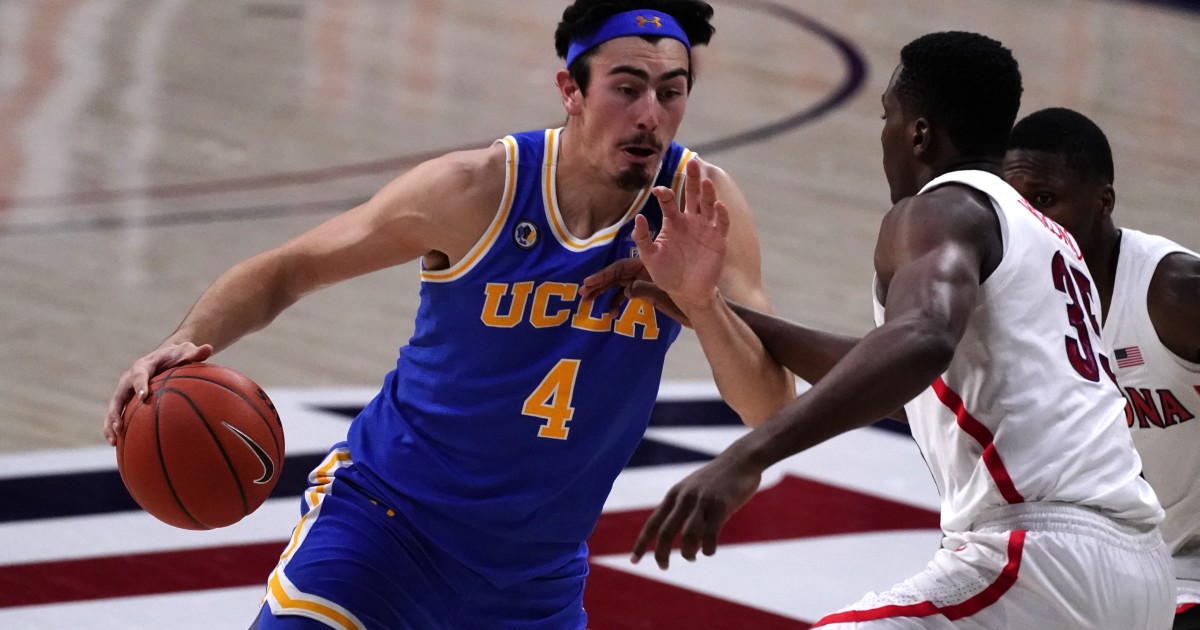 On the same subject :
Unbeaten in Pac-12, UCLA can improve if it continues to grow
For all their success in Pac-12 Conference play, one nervous win following…