The Clippers had to wait for it.

Four weeks since their usual starting lineup had last played together. A fourth quarter that lasted nearly 50 minutes. A few nail-biting few final possessions, after watching Utah’s Donovan Mitchell make one difficult three-pointer to keep the Jazz close — then another. Late fouls that allowed Utah a constant march to the free-throw line in the final minutes.

Finally it was over: a 116-112 win that was indisputably the Clippers’ best this season.

With Paul George (right foot) back in the lineup after missing seven games, Kawhi Leonard (left leg contusion) back after three and Nicolas Batum (concussion) back after a two-game absence, the Clippers prevailed in the first true look at how a pair of contenders at or near the top of the Western Conference standings stacked up.

The first-place Jazz, who also played with a full lineup after Mike Conley returned from a six-game absence related to his hamstring, lost for just the second time in their last 22 games, unable to overcome not just the return of the Clippers’ two leading scorers but clutch fourth-quarter performances by their role players, too.

“Playing the No. 1 team, you got to go out and beat them, they’re not going to give it to you,” said Patrick Beverley, who scored 10 of his 17 points in the fourth quarter and helped the Clippers win for a fifth time in their last six games. “And I think that we came out with that mindset tonight for sure.”

Leonard scored 29 points and deflated Utah’s chance to rally when, with 46 seconds left, he grabbed a pair of offensive rebounds with the Clippers (22-9) leading by seven. After nine points in the opening quarter, George finished with 15. Batum didn’t score in his 31 minutes. Coach Tyronn Lue called the trio “rusty” in their return, but their presence kept the Clippers from running out of gas as they had in the final minutes of an 18-point loss two days earlier to Utah (24-6).

“They’re the best team in the NBA right now, record-wise,” Lue said. “We got our guys back, and we wanted to win this game and guys went out and did a hell of a job.”

Five takeaways from the game:

In so many respects, the game was as advertised. The stars had their moments. Neither team could fully pull away. This may interest you : Experts say the NFL needs to change its COVID-19 strategy. But this was unexpected: way-off three-point shooting. Since Utah’s red-hot run began five weeks ago, it ranked third in the NBA in three-point accuracy (40%), while the Clippers were first (42%). Because of a mix of missed open looks and strong defense, neither team could rely on that strength. The Clippers made 10 of their 30 threes while Utah made nine of its first 28 and finished 12 for 34.

Yet three-pointers taken by a small-ball lineup that played the game’s final eight minutes keyed the Clippers’ victory. After his team had missed 11 consecutive three-pointers to open the second half, Marcus Morris made two in the fourth quarter to push the lead to six, then seven, with four minutes to play. Beverley then followed with a pair of threes with three and two minutes left to push the Clippers’ lead to 13. 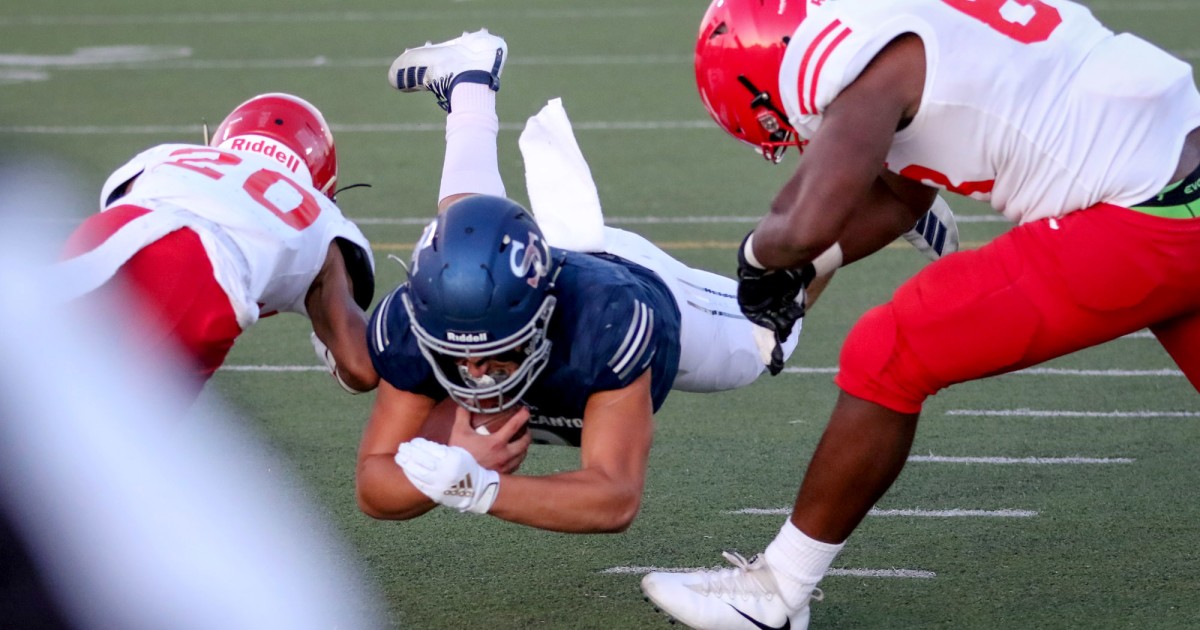 This may interest you :
QB Chayden Peery heads to Georgia Tech with much to offer
It was time to find out if Chayden Peery might have the…

Having Leonard, George and Batum back allowed the Clippers to start their usual lineup for the first time since Jan. 24. It also revealed another rotation change that has been brewing ever since. As the second guard to check in off the bench Friday, Terance Mann leapfrogged Luke Kennard in Lue’s 10-man rotation. Mann, a former second-round pick in his second season, has impressed with his doggedness defensively and ability to attack the rim, if his jump shot remains something opponents largely do not fear. Kennard was one of the Clippers’ prizes of the offseason and signed a four-year extension worth $56 million guaranteed in December, but has yet to shoot and play aggressively with enough consistency for the Clippers’ liking to become, so far, as much of a factor as the team hoped. 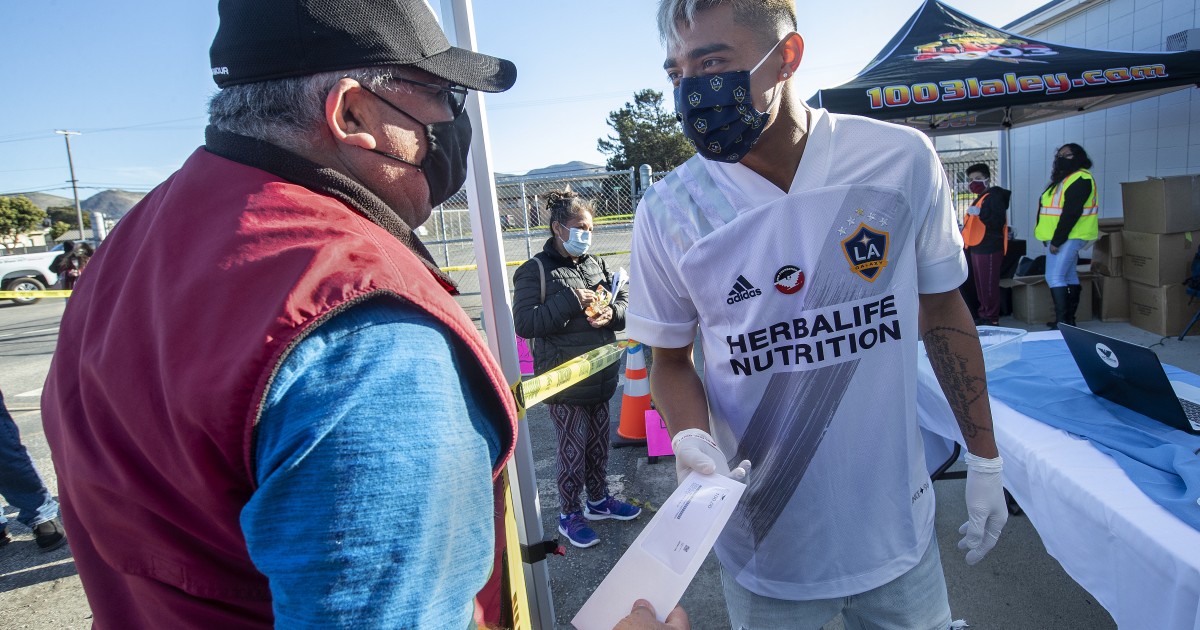 This may interest you :
Galaxy’s Julian Araujo cultivates compassion in Lompoc fields
California’s Central Coast boasts some of the most fertile farmland in the…

Just because everyone is healthy again doesn’t mean the roster was operating at full capacity, as Batum and George played a restricted amount of minutes. It was Lue, before tipoff, who noted his goal was “slowly easing our guys in to it, make sure that we’re cautious and not trying to overplay these guys because we want to win the game so bad.” The restriction appeared to hurt the Clippers late in the second quarter. This may interest you : Bob Baffert-trained Concert Tour wins San Vicente Stakes. With George, who had played nearly 13 minutes, off the floor for the half’s final six minutes, a 14-point Clippers lead was trimmed to just eight at halftime. Facing the NBA’s hottest team over the last five weeks, every bit of cushion mattered for the Clippers. Four minutes into the second half, their lead was down to just two. 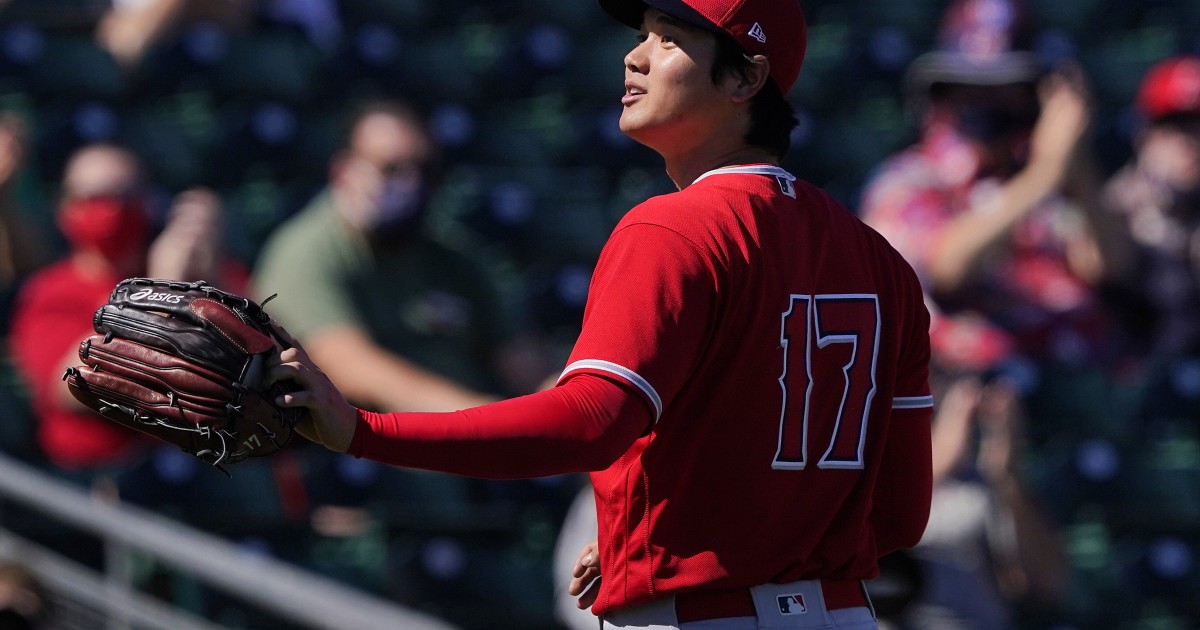 Just as Mitchell’s limited playing time because of two fouls in his first four minutes handicapped the Jazz during the first half, the presence of the young guard was instrumental in helping Utah rally. His foul trouble was an issue early because with Conley playing on his own minutes limit, Utah went without a true point guard for stretches. He scored 12 points in the third while largely running a high pick-and-roll, but that production was matched by Leonard’s own 12 points in the quarter, including 10 during the final five minutes during a 16-8 Clippers run that gave them the lead entering the final quarter. Mitchell then scored 15 in the fourth quarter and finished with 35.

The benefit of having a center like Serge Ibaka is his ability to draw opposing centers away from the basket out of respect for his three-point threat. But as Ibaka was en route to making just one of his five threes, Gobert could afford to sag off and roam defensively. Ibaka has made five three pointers in his last eight games, shooting 31% over that span, and with his backup Ivica Zubac also a non-factor offensively Friday, the Clippers opted for a small-ball lineup with Morris at center starting with eight minutes left in the fourth quarter. The decision was critical in deciding the victory.

After 23 points and 20 rebounds in Wednesday’s win, Gobert had eight points and 15 rebounds Friday.

“We might be small in size but we’re not small in heart, for sure,” Beverley said. “We understand Rudy Gobert is, you know, he’s one of the best defensive players in the NBA by protecting the rim, and going that small lineup, we want to kind of get him out the paint.”