If Jonah Mathews created a moment to remember, Jake Kyman suffered through one to forget.

The screen that had freed him beyond the three-point arc with UCLA trailing USC by one point in the final minute. The pass heading toward him. His feet getting tangled, causing him to slip and fall as the ball sailed over his head out of bounds.

Everywhere he went in the offseason, Kyman carried the memory with him. He made sure it lingered no matter the pain, using it as motivation, as if the shots he took were a chance at a do-over.

The worst part was that he never got to take the shot that could have beaten the Trojans in March at Galen Center.

“I trust in my abilities and I know I would have made it if I didn’t slip and fall,” Kyman said Wednesday as No. 21 UCLA (13-3, 9-1) prepared for a rivalry rematch on the same court Saturday against USC (14-3, 8-2) with first place in the Pac-12 Conference standings on the line. “I believe we would have won that game.”

Bruins coach Mick Cronin acknowledged a few regrets of his own from his team’s 54-52 loss that erased its hopes of winning the Pac-12 regular-season title. If only he had a timeout left to set up his defense after forward Cody Riley made his second free throw to give UCLA a 52-51 lead. If only the Bruins could have gone into some sort of soft zone press. If only they had kept the ball out of Mathews’ hands before he lofted the three-pointer that gave the Trojans the victory and a season sweep of the Bruins.

“I lose sleep over everything, trust me,” Cronin said.

Cronin said he hadn’t discussed last season’s rivalry games with his current team because it has nothing to do with this season.

Beating USC for the first time since February 2019 will entail stopping freshman phenom Evan Mobley, the possible top pick in the NBA draft.

The best way to keep Mobley from inflicting damage is to keep the ball out of his hands, Cronin said, though it may be a challenge on par with preventing him from blocking the shots of those who challenge him at the rim.

Mobley is part of a long, athletic defense that leads the Pac-12 by holding its opponents to 38.2% shooting. Cronin said the Trojans’ bevy of rim protectors that also includes Isaiah Mobley and Chevez Goodwin allows their guards to close out hard on shooters because they know they have “erasers” behind them to clean up any defensive mistakes.

Junior guard Jules Bernard, who missed part of the Oregon State game last weekend with a bruised right knee that he sustained during a hard fall, said he was feeling good after returning to practice earlier this week. This may interest you : Sam Mewis scores three goals in 4-0 USWNT win over Colombia. 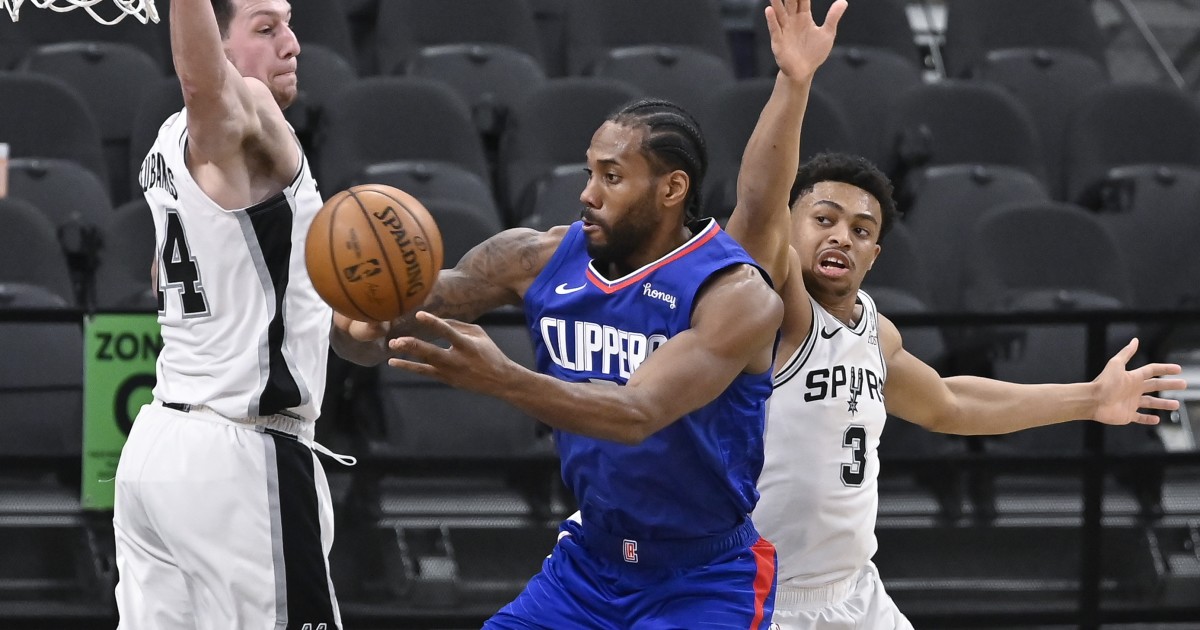 See the article :
Clippers dominant from start to finish in rout over Spurs
The roster used by the Clippers was unstoppable to start Wednesday’s first…