They all heard Kentavious Caldwell-Pope’s voice during practice Monday in Memphis, his words of encouragement, willingness to offer instruction and leadership qualities on display and making the Lakers coaching staff take notice.

They had known Caldwell-Pope to be a little reticent during their first season together, to play his role and listen to the coaches during the 2019-20 championship run.

When the coaches heard Caldwell-Pope explain some things to Talen Horton-Tucker, Frank Vogel said he and his staff discussed it.

“KCP drew the biggest assignment defensively on a championship run, you know what I mean? So he’s got a pretty strong pedigree there and to see him sharing with his knowledge and helping some of the young guys is a good sign.”

Caldwell-Pope missed the game at Memphis on Sunday with a sprained left ankle that the shooting guard said is “still not 100%,” but he has stayed engaged. He pulled aside Horton-Tucker during the win Sunday to offer the second-year guard some pointers.

“Mostly Talen because he’s the youngest that’s out there getting minutes, so just trying to put him in the right position, especially on defense,” Caldwell-Pope said on Monday. “We already know what he can do on the offensive end. Just trying to keep him right on the defensive end, tell him how to do the play. If he did something wrong, let him know what he did wrong. And then also, just break it down to him so he’ll understand, and then when he goes back out there, there won’t be no more mistakes.”

Caldwell-Pope is known to be an ironman of sorts, playing through injuries and pain. But the Lakers listed him as questionable for Tuesday night’s game at Memphis.

He sounded optimistic when talking to the media.

“Ankle is feeling great,” Caldwell-Pope said. “I practiced today and got a little movement in. Still not 100%, but hopefully I’ll be able to go tomorrow. Depends on how I feel.”

Caldwell-Pope wants to be on the court at all costs. He said it’s not so much his injury that frustrates him, but that he can help only from the bench.

“Only frustration was I wanted to be out there with my brothers playing but, unfortunately, I had to sit out,” he said. “But, you know, just sitting down watching the game, actually seeing what’s going on out there actually was good. My experience was good from the bench. I got to help the young guys out, even some of the new guys. So just talking to them, talking to everybody, just felt good to be able to see it from the bench perspective.”

The Lakers listed LeBron James as questionable because of a sprained left ankle and Alex Caruso as out because of COVID-19 health and safety protocols.

On the Air: Spectrum SportsNet; Radio: 710, 1330. This may interest you : MLS invokes clause in CBA that could lead to work stoppage.

Update: The Lakers and Grizzlies will run it back after L.A. won 108-94 on Sunday night in Memphis. A win would give the Lakers a sweep of this two-city, four-game trip. 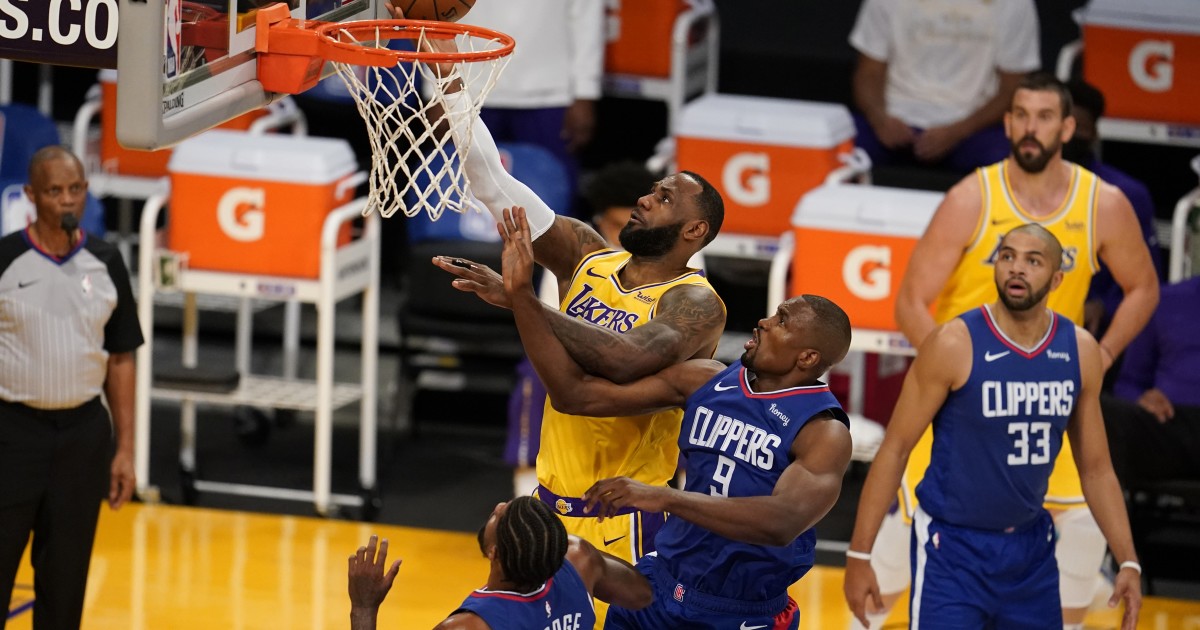 This may interest you :
Lakers’ starting lineup wasn’t hard to predict
About two hours before the Lakers opened the regular season against the…