LeBron James spun the basketball around his waist, surveying the defense with a glance before zipping the ball to the left corner, where Kyle Kuzma drained a three-point shot.

Here were the Lakers, one quarter away from probably their most anticipated plane ride of the year, the temptation to look toward home after stops in seven cities in 12 days undoubtedly strong.

Their will, their execution and their adjustments, though, were stronger.

Thanks to another masterful fourth quarter kick-started by coach Frank Vogel’s latest concoction, the Lakers left Atlanta with a 107-99 win and got to head back to Los Angeles with a 5-2 record on their longest scheduled trip of the year.

And by outscoring Atlanta 32-23 in the fourth quarter, they closed it out like they believed him.

If the Lakers’ latest lineup combination — James, Alex Caruso, Kuzma, Montrezl Harrell and Talen Horton-Tucker — ignited them, a gassed-up group of fans sitting courtside made sure that spark was lit.

With the Lakers up eight in the fourth, James and two fans, Chris and Juliana Carlos, got into a verbal back-and-forth, with Juliana Carlos taking her mask off to yell toward the court before she, her husband and three other fans were ejected.

She took to her Instagram page to continue her tirade, cursing James, saying the Lakers star and her husband traded words throughout the game.

James smiled from ear to ear after the game when asked about it, his seasonlong desire to see spectators back in arenas finally fulfilled with about 1,300 fans on hand.

Earlier in the trip, James said a reaction from a Cavaliers executive helped trigger his big fourth quarter in Cleveland. And with the Lakers ready to get home after two weeks on the road, the Instagram influencer helped push the Lakers a little harder, with James not-so-secretly enjoying it.

“Who, me?” he said with a laugh. “I love our fans — Laker Nation and everybody else that’s against Laker Nation. It just feels better. Fans in the stands is just — it’s just better. It’s better for everybody. Especially on the last game of a 14-day road trip.”

With the Hawks making a late push, James made his biggest shot of the night — a deep three — before his eyes shot toward the fans still sitting courtside.

The lure of Los Angeles probably was pretty strong. With the NBA trying to continue during the pandemic, players mostly have been stuck in hotel rooms, left to find new shows to binge when they weren’t preparing for the next game or recovering from the last.

In that environment, though, the Lakers might’ve found a devastating lineup combination, with the five to start the fourth quarter — James, Kuzma, Caruso, Horton-Tucker and Harrell — flipping momentum just as they did Saturday in Boston.

“We’re playing extremely hard, covering for one another, and we run,” James said. “…We have a lot of energy, lot of speed, and we just let ourselves play basketball. It’s our whole team, but that group in particular.”

It helped push the Lakers over the hump on a weird night. The team had only one basket outside the paint in the first quarter — a Harrell face-up jumper. And Anthony Davis grabbed only two rebounds — none in the first half.

Davis led the Lakers with 25 points, James added 21 and Harrell scored 19 off the bench.

But weird is fine, especially if it means that their last flight of the trip is a happier one.

Three takeaways on the Lakers

1. The Lakers again used a tight rotation and again had success with it, with coach Frank Vogel limiting things to nine players. Read also : One year after Kobe Bryant’s death, Lakers honor his memory.

2. LeBron James has constantly talked about getting fans back since last March. And Monday, you could see how they helped give him energy.

3. Montrezl Harrell is finding his spots inside the Lakers’ offense, getting to the rim for easy points and changing games while he’s on the court. 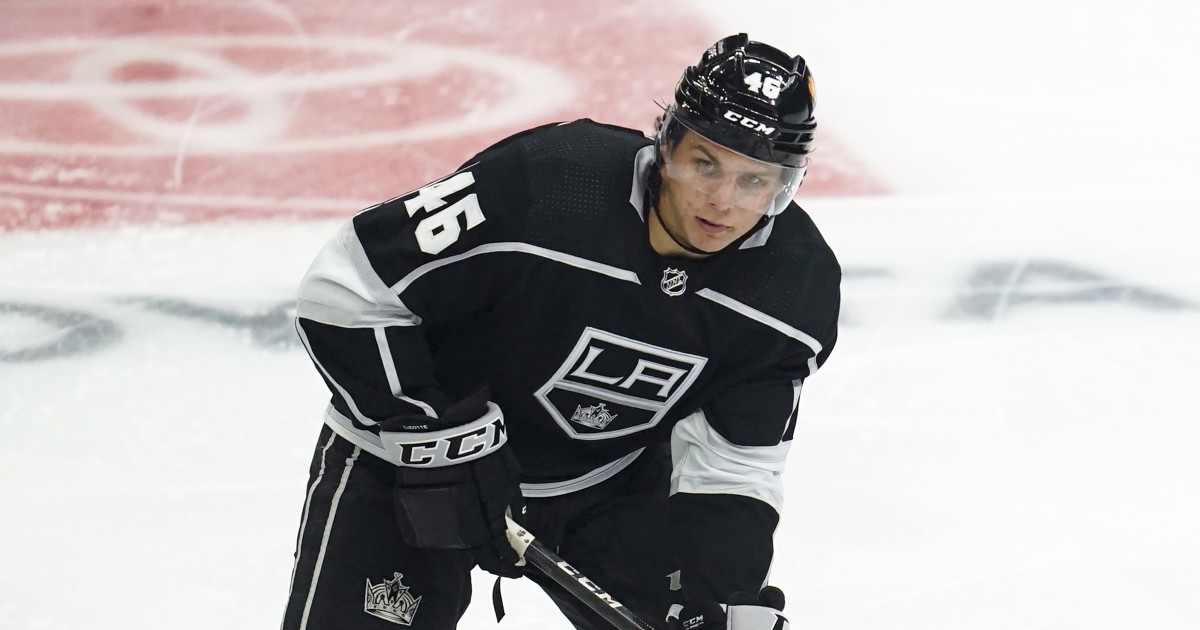