One can’t help but wonder after watching Thursday night’s game: Are the Rams that good, or are the Chargers that bad?

After Sunday’s shellacking at Sofi, it appears that L.A. still has only one NFL team. One can look up the words “pathetic,” “despicable” and “disgraceful” in the dictionary, and it will say: see Chargers against New England. The players should give their game checks to charity because they surely didn’t earn them.

Perhaps Anthony Lynn should borrow a strategy from Trump’s playbook and sue the NFL to overturn the Chargers’ embarrassing loss to the Patriots.

The good thing about being blown out 45-0: No embarrassing time-management questions.

If you weren’t already certain of this, Roger Goodell and the 32 NFL owners continue to be the biggest hypocrites of all, perhaps only being rivaled by California Gov. On the same subject : Michaela Onyenwere reaches milestone in UCLA win. Gavin Newsom.

Witness: Seattle wide receiver Josh Gordon was just reinstated by Goodell, the eighth time Gordon has been suspended in his career either by his team or the NFL. Defensive lineman Aldon Smith has a similar record. Yet, not one NFL club, many who have some of the most pathetic backup quarterbacks ever, has even entertained the thought of employing Colin Kaepernick.

Goodell’s apology a few months ago was just a bunch of hot air. How sad.

I would like to know how Roger Goodell could allow the Cowboys-Ravens game to be played, when a player tested positive right before its start. In California, I can not get a haircut or go out to eat, even though I have not tested positive nor have I come in contact with anyone with COVID-19, nor has anyone in the businesses. 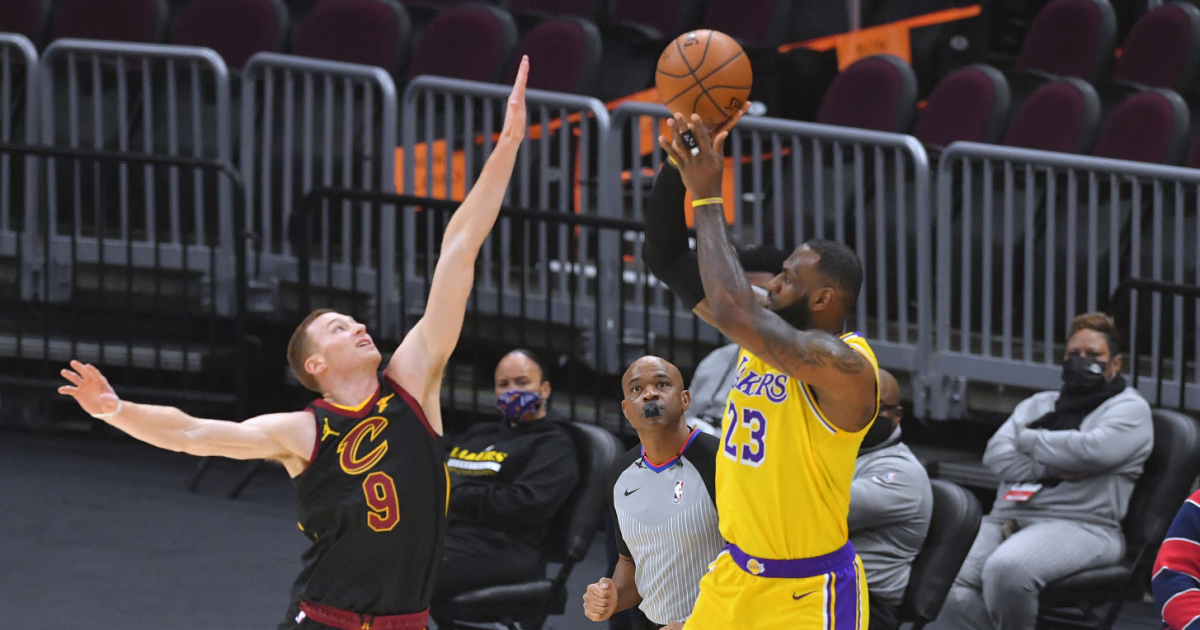 This may interest you :
LeBron James scores 46 points in Lakers’ win over Cavaliers
LeBron James meandered over to the Cleveland bench where he spotted an…

Times readers have been graciously spared Bill Plaschke of late. Tuesday he reappeared — like an uninvited uncle — breathlessly insisting the Lakers rest LeBron James all season. “With no fans in the stands … his absence wouldn’t matter nearly as much.”

Hey Bill, I hear fans watch games on TV. To see also : It’s rivalry ‘game on’ after a Trojan and Bruin fought on together.

The Plaschke style of “poke-and-provoke” has gotten “annoying-and-tired.” Perhaps The Times can bench him a month or two.

I don’t agree with Rob Pelinka, when he said after the Anthony Davis signing, “Now, Lakers fans get to watch A.D. continue to grow and lead our franchise for years to come.”

I see A.D. as an exceptional scorer, rebounder, and defender, but not as a leader along the lines of Magic Johnson, Kobe Bryant, or LeBron James. I don’t think it is in A.D.’s DNA or personality to be a great leader. I’m happy that A.D. and LeBron will be together for the next three seasons, but after LeBron retires, the Lakers will need to find another superstar to lead the team into the future. 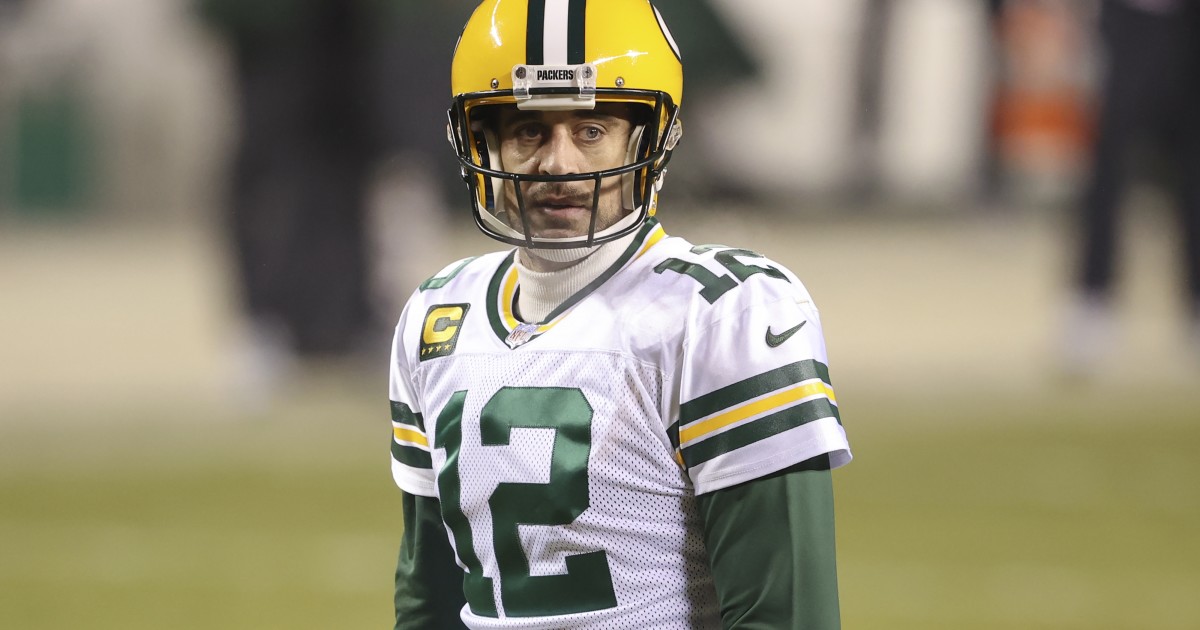 USC has an outstanding team of talented players, but they’re still running the same predictable offense of flat routes and runs up the middle since Clay Helton became head coach. No diversion, no deception. Mix in some RPOs or a reverse. They need a new offensive coordinator if they want to contend nationally.

As a lifelong Bruin, I don’t understand how a single 3-2 record is a “winning way.” It takes a pandemic-shortened schedule for Chip Kelly to have one more game on the winning side. Maybe more attention to football and less to his menu would help him win in a regular season. 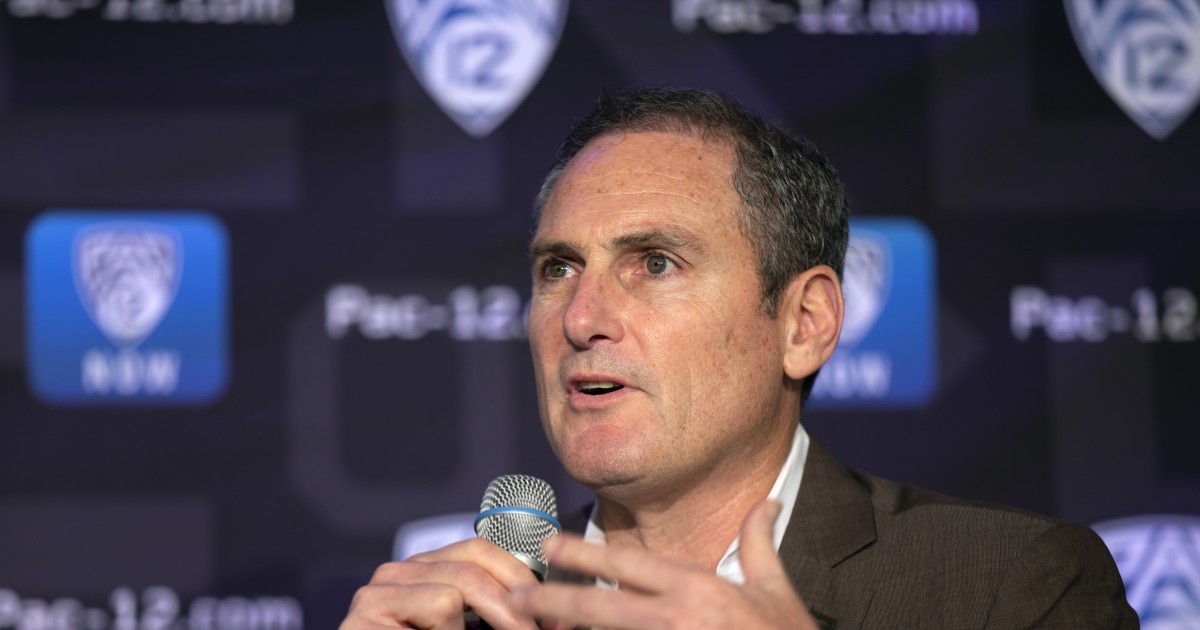 See the article :
Larry Scott ‘disappointed’ USC not up for playoff consideration
Larry Scott did his best to empathize with USC football fans during…

Upton Sinclair would be proud of J. Brady McCollough’s piece on college power brokers and the implications for student-athletes. The college gridiron may not be as bloody as the meat-packing industry in 1906, but the leadership is just as ruthless. These characters would have been at home in the White Star Line board room that determined too many lifeboats cluttered the decks of the Titanic.

Revenue vs safety? Safety loses by three touchdowns. To see also : Nick Figueroa believed in himself and USC has been the beneficiary. A Pulitzer Prize nomination is in order for Mr. McCollough.

Thank you, Bill Dwyre, for putting into your article the sweet soul of Rafer Johnson, the man we all hope our sons will grow up to be, not just the athlete. All teens should read his autobiography, “The Best That I Can Be,” a title that says it all. A fraternity brother of my husband, George Wolfberg, Rafer managed to keep up all his friendships throughout his life. There are many broken hearts around the world this week.

Last week, the baseball world lost one of its most avid fans. David L. Lander, known to most as Squiggy from “Laverne & Shirley,” passed away from complications of multiple sclerosis. As his friend for over three decades, we spent many days and nights in stadiums all over. But David didn’t just go to a game and watch it, he sat in his seat and scored every pitch and every play from each game he attended. His scorecards were legendary.

He knew more about each player from each team than anyone I knew. Even though David was a diehard Pittsburgh Pirates fan, the “Buccos” as he referred to them, he celebrated the successes of the local teams and took equal joy in seeing our faces when they won. Baseball, the game, meant the world to him. The season will never be the same without him. There will be a hole going forward and I am going to miss my friend something awful, but I know that each time I take a seat in a stadium across the country, I will know he will be sitting next to me scoring the game.

Dick Allen’s death — absent his becoming a member of the Hall of Fame while alive — reminds us how petty and juvenile too many members of the baseball community have been and remain.

I love baseball (especially my Dodgers), but some of the dealings of Major League Baseball are really annoying. It was reported Tuesday that MLB owners and the players union apparently both want the designated hitter in the National League. But the owners are using the DH as a bargaining chip to expand the playoffs. Here we have a situation where both sides agree on something but it gets politicized so the owners can try to get something else. Talk about negotiating in bad faith.

Personally, I don’t want the DH in the NL. And I certainly don’t want the playoffs expanded, which would further dilute the value of winning a division in a 162-game regular season.

Why on earth would Victor Rojas want to be the Angels’ general manager? The organization is in shambles and Arte Moreno is on his fourth GM in the last 10 years. If Mr. Rojas is looking for long-term job security with a Major League club, I’m sure the Dodgers would be happy to let him sell championship T-shirts at the Top of the Park Team Store.

I applaud The Times for the article “Next Plan Up?” about coronavirus in NFL football — and the 11 players who are shown properly masked on the front cover of sports (Dec. 7). But I take issue with The Times and the 12th player whose mask covers his mouth but not his nostrils.

Considering that children and youth are influenced by the behavior of so-called role models, it’s completely irresponsible to promote such a person who wears a mask only half-right.

Lou Gehrig was wrong, Paul George is the luckiest man on the face of the earth!