It has become abundantly obvious that the leaders at USC simply do not understand what is expected by the true USC football fan. President Carol L. Folt, athletic director Mike Bohn, and of course coach Clay Helton do not in any way understand the national tradition USC football used to possess. These people are satisfied if USC simply plays for a very weak Pac-12 title.

Helton’s overall record at USC speaks clearly that he is a mediocre coach in a poor conference with no ability to instill discipline, intensity, and class. Each year Helton says the same old thing that his team is going to be special only to drag the fans and alumni through another dismal season so bad that Helton gets booed out of the Coliseum. Helton must have been thrilled that there were no fans in the seats this year.

With Folt and Bohn at the helm this ship will continue to sink.

The false narrative from USC’s clueless head coach incessantly perpetuates a mythical culture of toughness and discipline under his aegis, which smacks of mendacious propaganda, delusional grandeur and glaringly lacks self-awareness (especially given the sizable churn of assistant coaches he sacrificed).

Of course he sees his football program trending upward — just as the captain of the Titanic saw that iceberg. President Eisenhower said, “the search for a scapegoat is the easiest of all hunting expeditions” so now with an obvious answer in tow, the Trojans ought to start hunting for Clay Helton’s replacement.

College football is officially a farce. The four-team “playoff” is nothing more than a ruse by the NCAA for a money grab. This year’s “playoff” included one team, Ohio State, who played five games and was given a retroactive waiver to participate in their conference title game and another, Notre Dame, whose claim to fame was eking out a home overtime win over a Clemson team missing its Heisman Trophy candidate quarterback and half its defensive starters. Not surprisingly, both teams were humiliated by Alabama in the “playoff.”

I may be in the minority, but yearn for the days of the much-maligned BCS championship, which at least matched up the top two teams instead of the farcical “playoff. On the same subject : Lakers’ LeBron James hits an iconic shot in win at Houston.” Does anyone seriously believe Clemson would have been beaten by four touchdowns against Alabama? 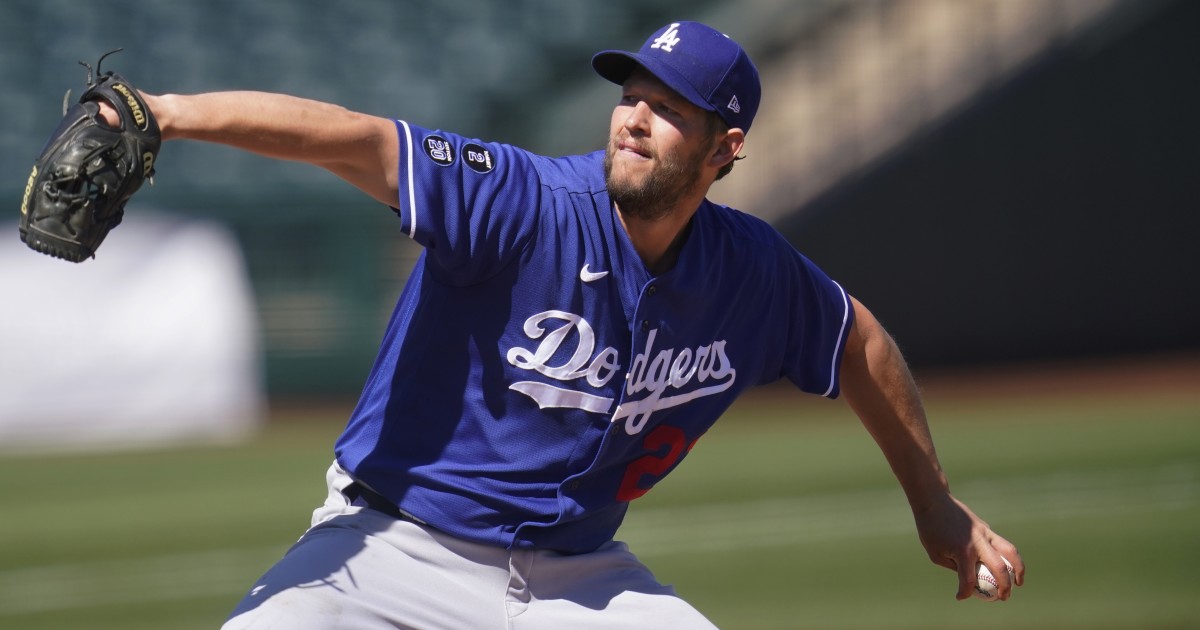 This may interest you :
Clayton Kershaw to make ninth opening-day start for Dodgers
Clayton Kershaw’s first start as a World Series champion in a meaningful…

I’m in agreement college athletes should benefit from profits made from their participation in college sports. The primary profit-making sports, football and basketball, have moved far beyond providing just an education in return for the participants’ athletic prowess.

In so doing, it does raise a question in my mind. This may interest you : Legendary Dodgers manager Tommy Lasorda dead at age 93. If athletes are to receive benefits at the time of their participation and continuing beyond the time they are in attendance at the school, should the school expect a return on its investment beyond the playing of the sport(s) while in attendance?

I propose a four-year contract between an athlete and the school, which in addition to the benefits to the athlete included in proposed NIL legislation, should include the following: If the athlete leaves the school prior to the end date of the contract and signs a contract to play professional sports, the school is to receive a yearly amount equal to the cost of the player’s scholarship for the years remaining on the player’s contract with the school. 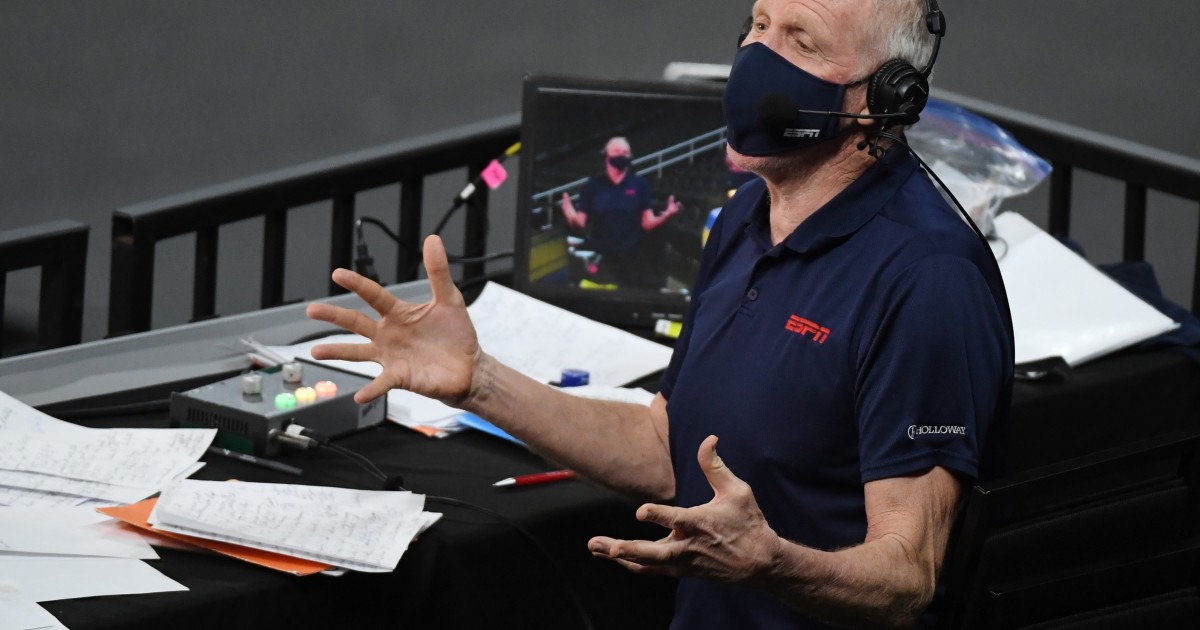 To see also :
Bill Walton calls Pac-12 NCAA tourney wins a dream come true
As the champion of the “Conference of Champions,” Bill Walton is having…

Why do I keep reading how much better the Lakers are this year compared to last year? It’s simply not true. They gave up what every team wants, shot-blocking, paint-protecting rebounders. Two of them! In their place they picked up Montrezl Harrell, a defensive liability, and Marc Gasol, a big, slow marshmallow stuck to the floor.

Harrell is useful, Gasol is not. Guards run around him like he’s a statue. See the article : It’s time for the Dodgers to move on from Kenley Jansen. I don’t get it. The Times’ sportswriters praise Gasol for what he was, not for what he is now.

Good luck in the playoffs, Lakers.

Before we get too overconfident, it’s worth noting the Lakers have not been playing very many teams of strength equal to their own.

The real test of how good this team is will be when they play the Milwaukee Bucks on Thursday. We know the Lakers have the offensive tools, but can their defense contain the Bucks?

Assuming everyone is healthy, this game appears to be the first real test of a Lakers team that finally seems to be coming together.

What in the world has gone so awry that Kyrie Irving, whose only known contribution to society is his basketball ability, has seemingly no conscience or work ethic, and doesn’t show up for work or even call his employer, and yet still makes over $484,000 a game while AWOL, and during this glaring insubordination makes more on the lamb than you and I make in a lifetime? 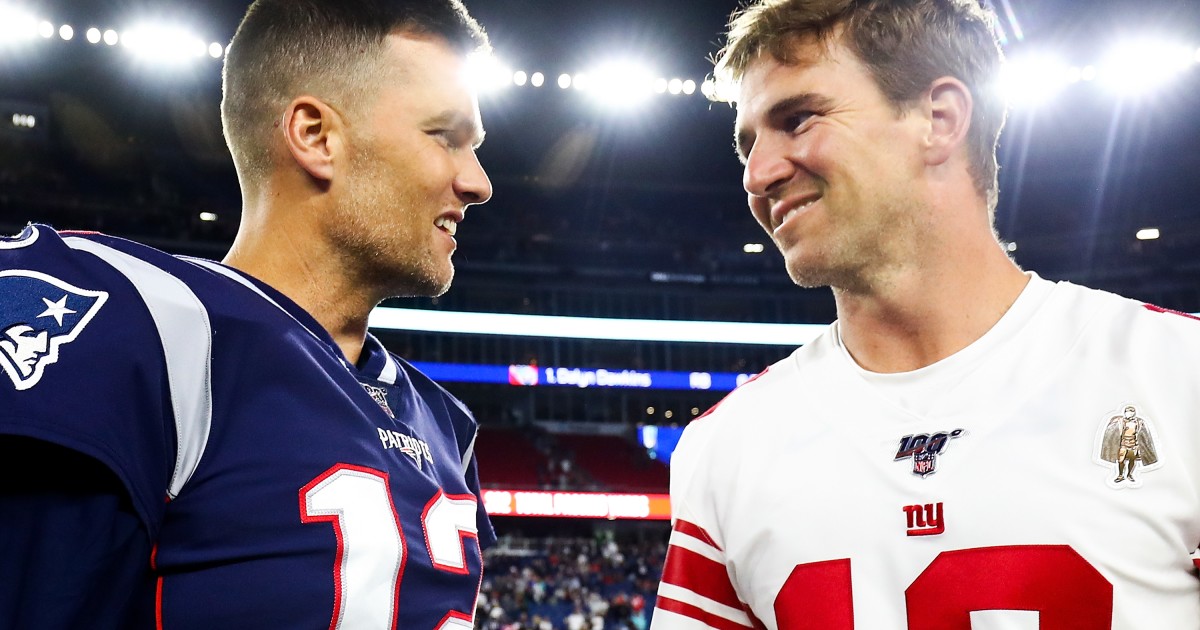 The game of musical chairs with teams and coaches has begun in the NFL and the top two choices (Urban Meyer and Robert Saleh) are already off the board. Let’s hope the Chargers don’t take so long to make a choice that their best option would have been to keep Anthony Lynn.

It is likely that Tommy Lasorda is holding court over a plate of veal parmigiana at a celestial Little Joe’s answering the question of a neophyte sports reporter. To paraphrase: “What’s my opinion of Bill Dwyre’s writing? What the (expletive) do you think my opinion is of it? It’s the greatest since Jim Murray. How can you ask me a question like that? Have you even heard of Jim Murray? If you don’t (expletive) believe me, just ask these two nuns here.”

Oh, to have been on the road with Bill and Tommy.

How good was Tommy Lasorda? He managed to coach a good column out of Dylan Hernandez even after he passed.

There must be something wrong with the printing press at the L.A. Times. There are only pictures of men in the sports section on Jan. 13. I’ve looked and there are plenty of female athletes to report on. Get it together, L.A. Times. 50% of your readers are females.

Well, it took only 15 years, but Texas finally gave Steve Sarkisian his due for giving the ball to LenDale White instead of Reggie Bush in the 2006 Rose Bowl.